I Have the Cred to Talk Credentials

The first element to investigate is the credentials of whoever created the information. Do they know what they're talking about? Do they have experience or expertise in the subject they're discussing? Investigate by asking questions like these: 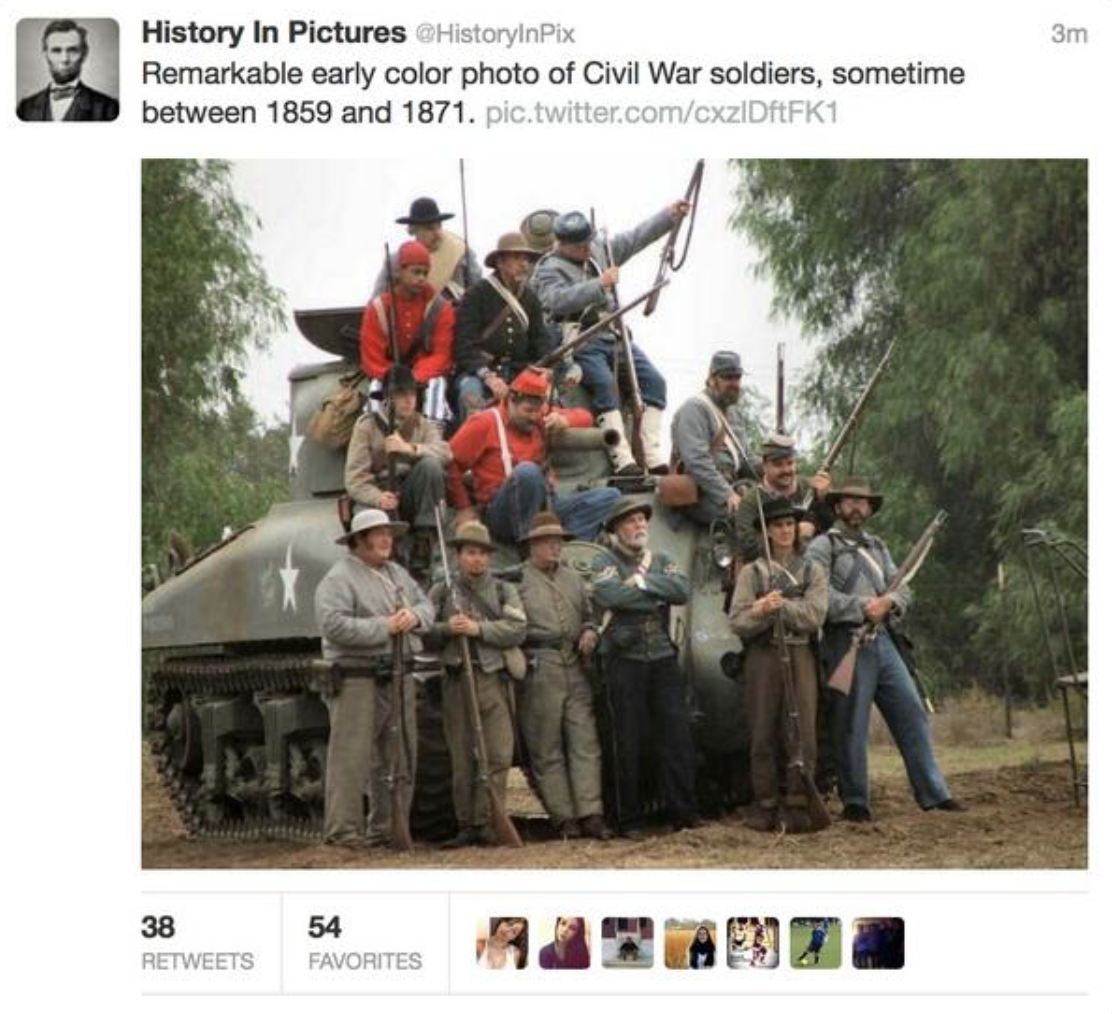 Just because something looks official-ish doesn't mean it's not run by a 15-year-old,

Google can help you answer these questions. Plug in the author's name and see what comes up. University faculty are usually listed on the university's website. Crackpots often have someone out there pointing out that they are a crackpot (of course, you have to evaluate the person pointing that out, too!).

If the information you are investigating doesn't tell you who the author or creator is, that's a bad sign.

You should investigate not only the individual author, but also the publication or website publishing them:

Stay in Your Lane, Senator Specter!

Remember, too, that the author or creator of the information you are investigating can't be an expert on any old thing. They must be knowledgeable on the topic they're speaking about. This point is surprisingly often missed!

Quick example: Senator Arlen Specter was doubtless an expert on various political matters, but when he tried to illustrate a political point with a historical example, he was rather out of his depth. Can you spot the error?

"We have seen in our historical perspective where Galileo was imprisoned because he believed that the Earth was not flat . . ."

The answer? Galileo was placed under house arrest for insisting that the earth revolved around the sun (without proof, but that's another issue). Everyone knew the earth was round. The ancient Greeks even measured its circumference with surprising accuracy, by measuring the angles of noonday shadows.

Not to pile on (okay, I'm piling on, but my undergrad is in history so this kind of stuff bugs me), Senator Specter went on to say, ". . . Boniface VIII stopped the dissection of cadavers, which retarded medical science for centuries . . ." That's a myth. And he finished, ". . .women were denied anesthesia by the Scottish Church in childbirth because it was God's will that they not have that kind of relief." Again, a myth. That one man could get so much history wrong in one paragraph is kind of impressive, but that is often the case when someone has a political point to make — on every side of the political spectrum!

The highest level of trustworthiness for most academic subjects is found in scholarly sources, as opposed to popular sources. Scholar-ly articles are written by and for scholars, i.e. experts and researchers in a field. Pop-ular sources are written for the general pop-ulation.

Scholarly usually, but not always, means peer-reviewed. Peer-reviewed means that a panel of peers — other experts in the field — review an author's paper to decide if it is worth publishing. If they decide that the author has done good work and that the paper advances the knowledge of the field, they sign off on the paper. (Often they ask for revisions first.) 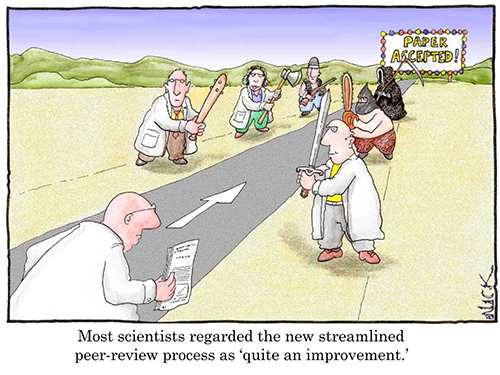 You might have heard of various problems with peer review. It's slow. It can be expensive. Reviewers are human and their judgment is subjective, and can vary widely from reviewer to reviewer. Biases can creep in, or even outright abuse. There have been cases of reviewers harshly grading a paper to delay publication and then stealing its ideas for themselves. The system is imperfect, but that's because humans are imperfect. But the system usually works well, and is the best we have at filtering good and bad information in academic scholarship. So if your professor wants you to find a peer-reviewed source, that's why.

So how do you know if a source is peer-reviewed? Check the next tab above.

Okay, so how do you find scholarly, peer-reviewed sources? In two, complementary ways:

1. Use the library databases and check the "scholarly material" box which many databases have. 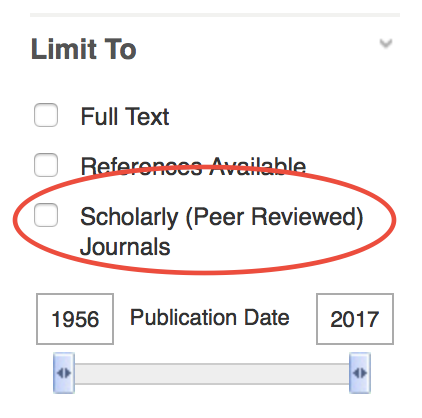 Be aware, though, that this box filters results to the journal level. That is, it narrows your search down to only those journals that use the peer review process (as you can see, in this database "peer reviewed" and "scholarly" are synonymous). But not everything published in a peer reviewed journal is peer reviewed. Book reviews, for instance, aren't vetted by a board of experts. And some journals, like Nature, offer short, informational articles on the current news or trends which are also not peer reviewed. The database knows which publications have a peer review process, but it has no idea if an individual article meets that criterion. So you still need to:

2. Use your head. Evaluate the article to decide if it's scholarly. Ask these questions:

You’ve probably heard primary sources mentioned, possibly in a reverential tone. (My background in in history, so I tend to tend to say “primary sources” with appropriate hushed awe.) That’s because primary sources are the sources closest to the subject you’re studying. They are the “raw data,” so to speak.

If you’re studying World War II, for instance, a primary source would be a letter from a soldier at the front, or the actual text of Neville Chamberlain’s doomed “Peace in Our Time” agreement with Germany. In the sciences, a primary source might be an experiment or a controlled trial that provides data about some aspect of nature.

Some people also add a category for tertiary sources, which offer well-known information in a collected and distilled form without adding anything new: encyclopedias, almanacs, etc.