This exhibit presents and examines how Jesus Christ is artistically portrayed in the Saint John's Bible.

The Saint John's Bible was commissioned in 1998 and was completed in 2011. Created by hand, the Bible spans seven volumes. The first volume contains the Pentateuch, the second volume contains the Historical Books, then the Wisdom Books, the Psalms, the Prophets, the Gospels and Acts, and finally the Epistles and Revelation. Since the invention of the printing press over 500 years ago, no Bible had ever been completely handwritten and illuminated until world-famous calligrapher Donald Jackson accepted the task.

As stated in the book "The Art of the Saint John's Bible" by Susan Sink, “Donald Jackson and the Committee on Illumination and Text took great care in the way they represented Christ.” (255). This was the first time a Bible like this had been created in so long, and people would be sure to voice their opposition to a depiction of Jesus that they did not find Biblically accurate. However, the end result of the hard work from Donald Jackson, his team of artists and calligraphers from throughout the world, and his team of scholars in Minnesota, is the beautiful Saint John's Bible. 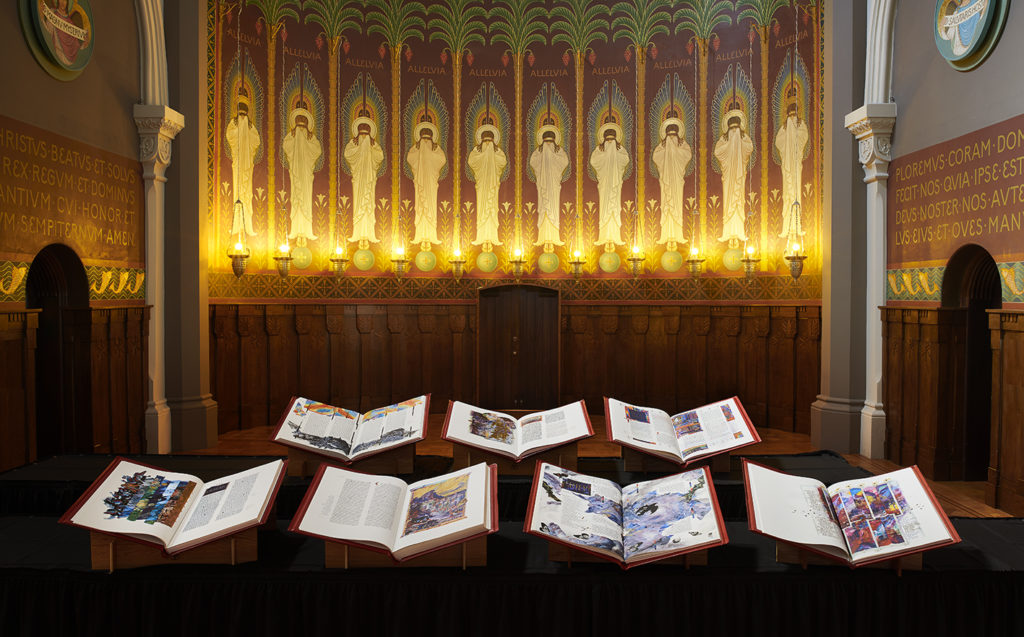 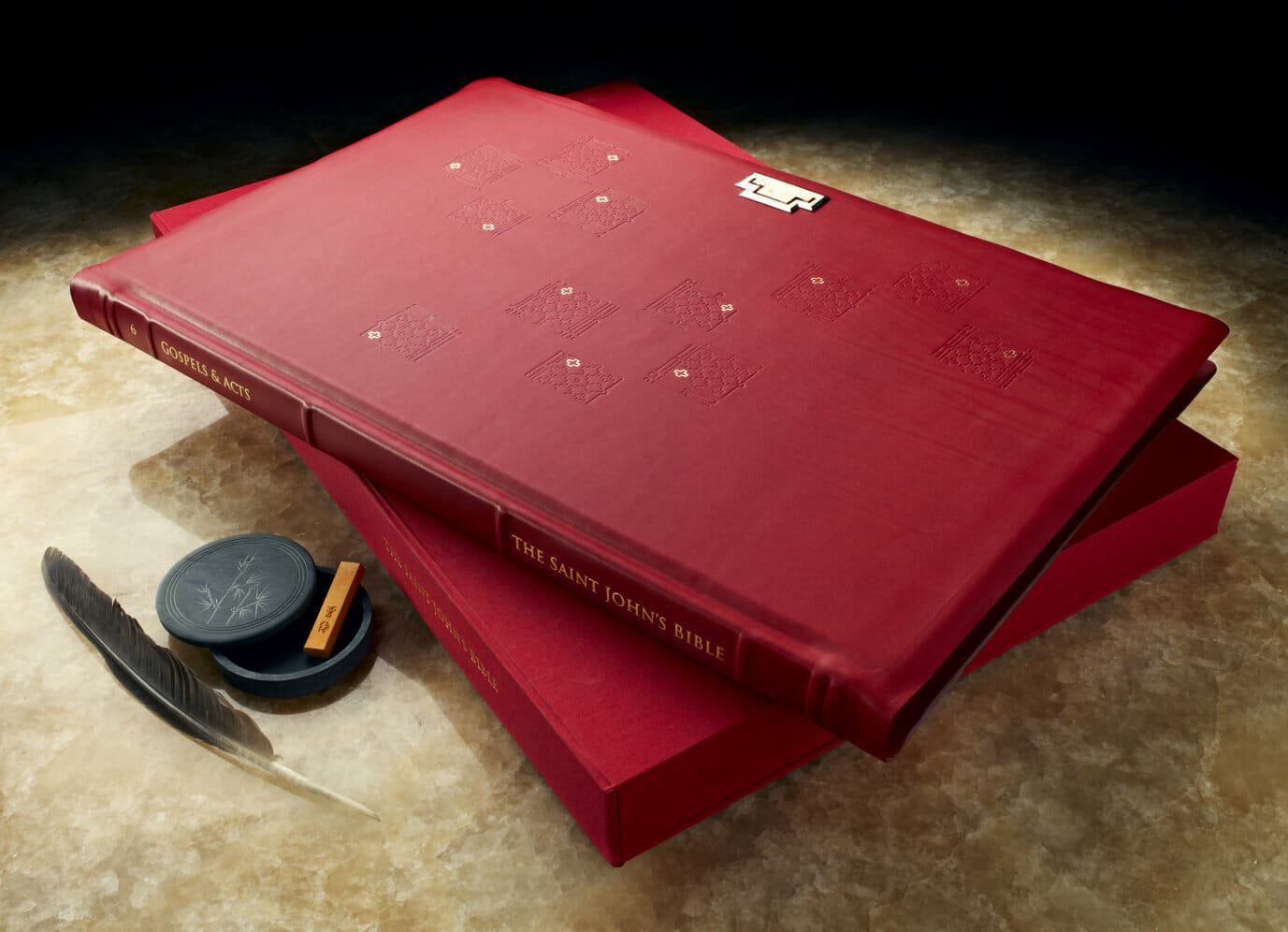 The Heritage Edition at Gonzaga

The Saint John's Bible, what some have described at America's "Book of Kells," is held in Collegeville, Minnesota and was commissioned by a Benedictine Abbey. However, the team has created 299 high-quality reproductions to share around the world. Each two-foot by three-foot volume has been hand-bound, contains hand-treated illuminations, and is signed by Donald Jackson. Gonzaga University has had the privilege of possessing a Heritage Edition Bible since 2012, a task aided by Gonzaga Alumnus Jim Triggs. Mr. Triggs is the executive director of "The Saint John's Bible" Heritage Program at Saint John's University. Thanks to Mr. Triggs, Gonzaga received Heritage Edition number 125 to celebrate the university's 125th anniversary.