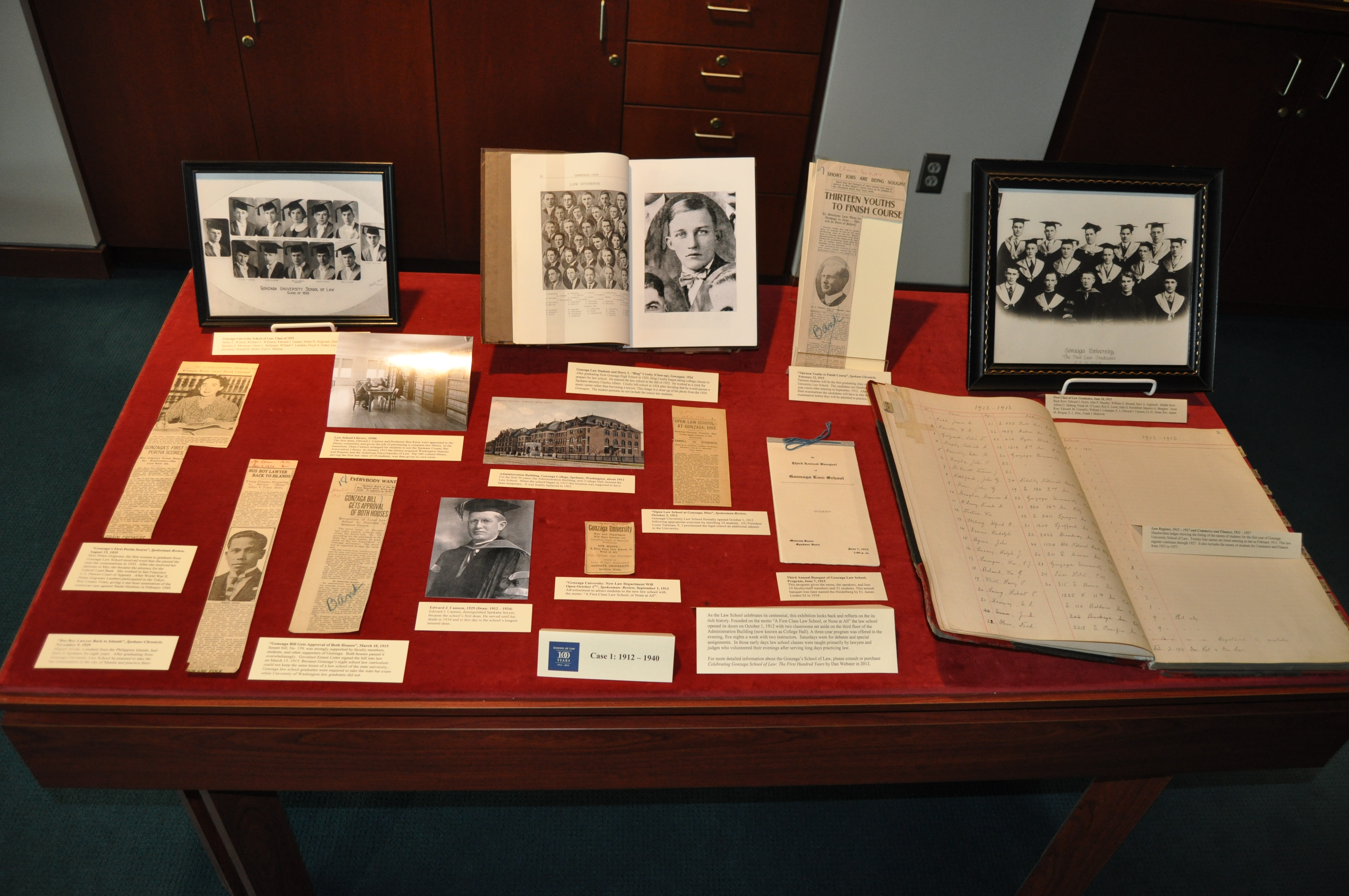 In 1881 Fr. Cataldo purchased 320 acres to start a school across the river from Spokane Falls. The Original College Building was built to support this endeavor.  On September 17, 1887 Gonzaga College opened with 8 students.  The number would increase to 18 by year’s end.  Gradually, each succeeding year the school’s enrollment grew so that another building was needed.  Construction of the Administration Building, now College Hall started in 1897.  Even after its completion, an addition to the east was added in 1904.  This addition included a chapel, dormitory, and swimming pool called the “Plunge” to support the study body of 244.  By 1912, Gonzaga College’s Silver Jubilee was celebrated with the addition of a law school, and its name changed to Gonzaga University. 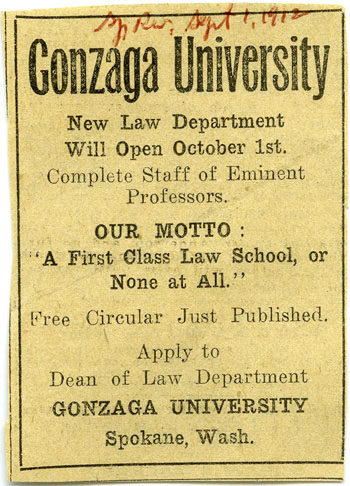 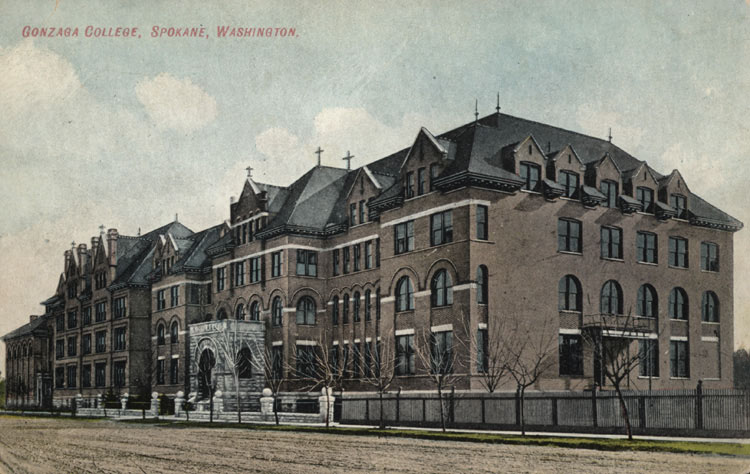 For the first 50 years, the Administration Building, now College Hall, housed the Law School.  When the school began in 1912 this location was supposed to have been temporary.  It was finally replaced in 1963.

Thirteen students will be the first graduating class of Gonzaga University Law School.  The candidates are finishing a three year course, entering into the law department in September, 1912.  After completing final examinations the candidates will have to take the state bar examination before they will be admitted to practice.

Senate bill, No. 159, was strongly supported by faculty members, students, and other supporters of Gonzaga.  Both houses passed it overwhelmingly.  Governor Ernest Lister signed the bill into law on March 15, 1915. Because Gonzaga’s night school law curriculum could not keep the same hours of a law school of the state university, Gonzaga law school graduates were required to take the state bar exam while University of Washington law graduates did not. 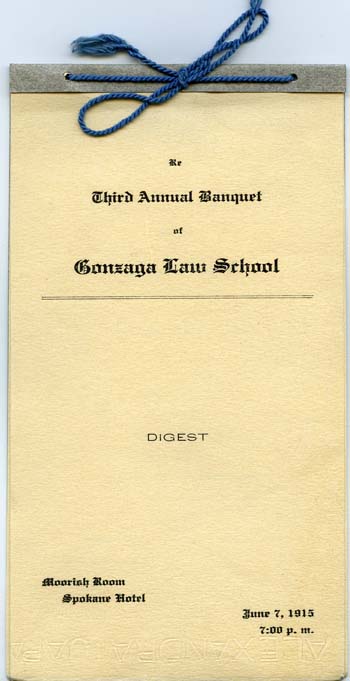 This program gives the menu, the speakers, and lists 19 faculty/staff members and 33 students. This annual banquet was later named the Heidelberg by Fr. James Linden SJ in 1934. 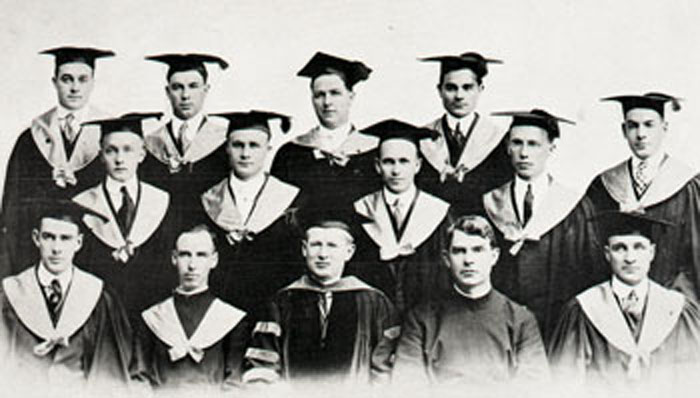 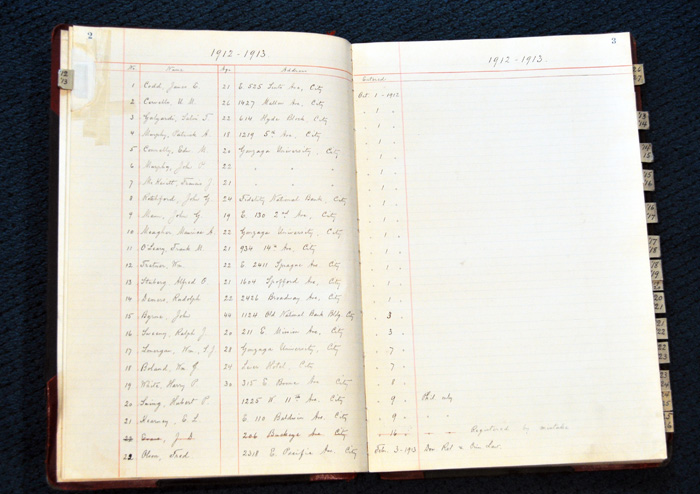 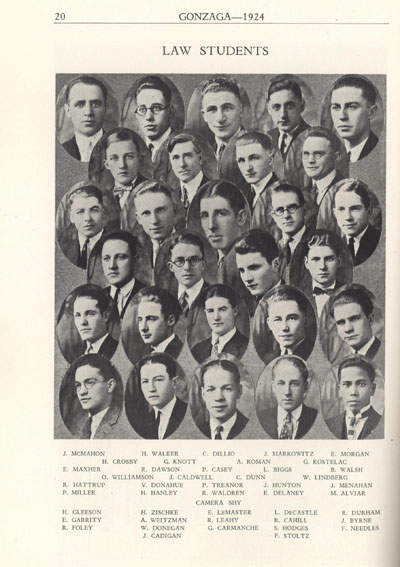 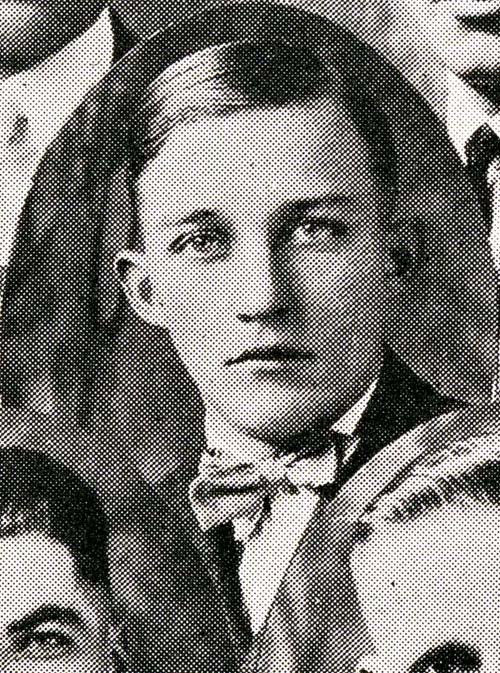 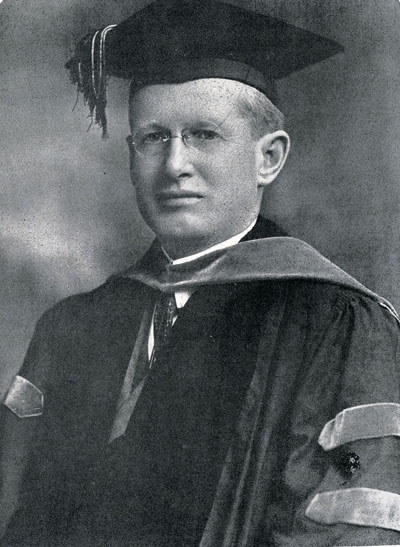 Edward J. Cannon, distinguished Spokane lawyer, became the school’s first dean. He served until his death in 1934 and to this day is the school’s longest tenured dean.

Miguel Alviar, a student from the Philippine Islands, had been in Spokane for eight years.  After graduating from Gonzaga University Law School he planned to take the bar examination in the city of Manila and practice there. 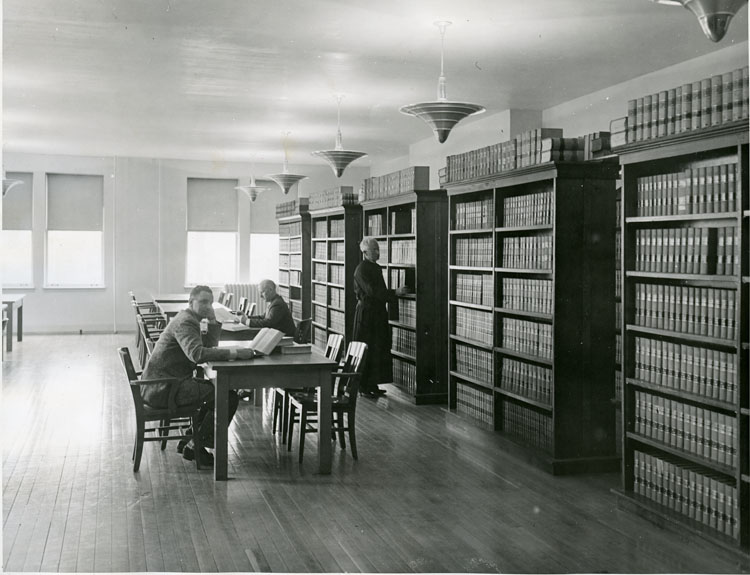 The first dean, Edward J. Cannon and Professor Ben Kizer were appointed to the library committee and given the job of purchasing a complete law library. In the meantime, Dean Cannon arranged for students to use the Spokane County Bar Association Library. In January 1913 the library acquired Washington Statutes and Reports and the American Encyclopedia of Law. The 300 volume library, serving the first law class of 19 students, was then given its own room. 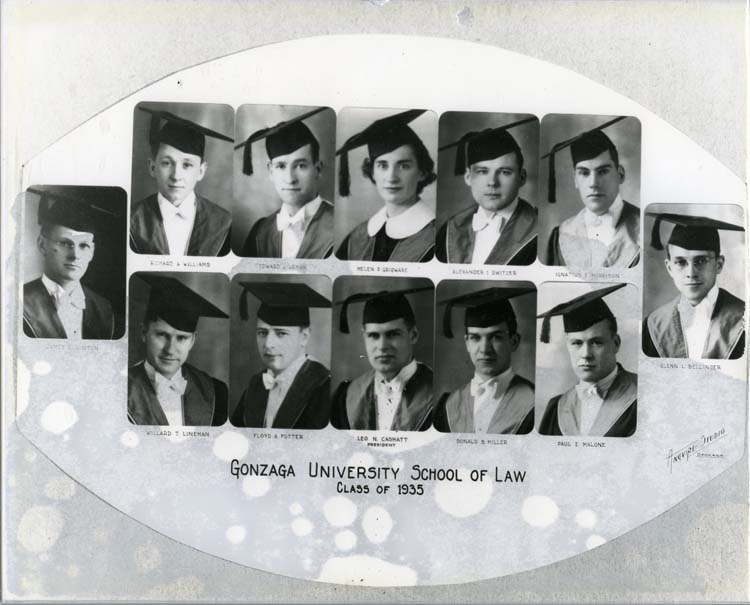 Miss Helen Grigware, the first woman to graduate from Gonzaga Law School received word that she passed the state bar examinations in 1935.  After she received her diploma in May she became the attorney for the Federal Land Bank.  She worked in San Francisco U.S. District Court of Appeals.  After World War II, Helen Grigware Lambert participated in the Tokyo War Crimes Trials, giving a one hour summation of the American case against Naoki Hoshino in February 1948.