Internment and Service: Japanese Americans from the Inland Empire: Patriotism through Service 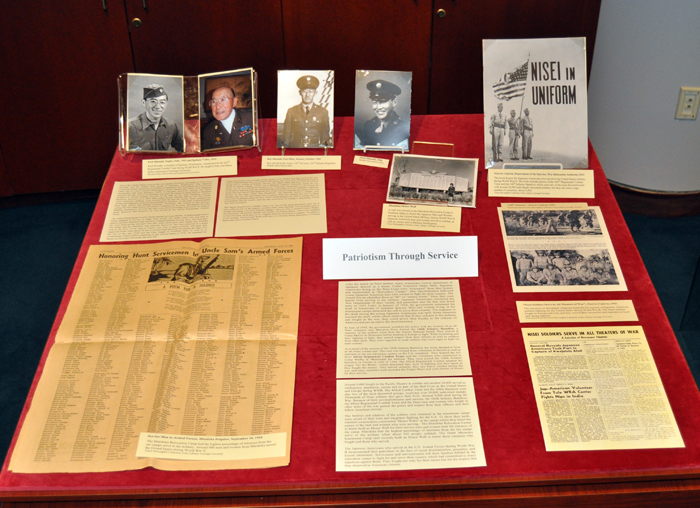 After the attack on Pearl Harbor, many Americans viewed Americans of Japanese descent as a threat. Under Executive Order 9066, Japanese Americans living on the West Coast were “evacuated” from their homes and incarcerated in “Relocation Camps.” This discrimination followed young Japanese American men who wanted to fight for their country. The Armed Forces classified them as “4C” or “enemy aliens.” Thus, they were barred from serving in the military. Japanese Americans convinced the War Department of their loyalty and patriotism and the ban was lifted early in 1943. Later, in January of 1944, the government reinstated the draft of Americans of Japanese descent. Men and women living in the internment camps answered the call to serve their country. The response to the draft among the young Japanese Americans was split. Some internees resisted the draft, while others believed that if they enlisted in the military and fought in the war, they could prove their loyalty to the citizens of America and put an end to the discrimination.

In June of 1942, the government modified this policy with the creation of an all-Nisei volunteer unit. Hawaiian Nisei formed the 100th Infantry Battalion, a majority of the soldiers come from the Hawaii National Guard. They trained at Camp McCoy in Wisconsin before heading to Europe to fight. While in training and later fighting in Italy, they earned respect from their officers as well as soldiers from other units. They were regarded as loyal soldiers who were eager to fight for their country.

As a result of the success of the 100th Infantry Battalion, the Army decided to form an all-Nisei combat unit. This unit was formed from volunteers in Hawaii as well as internees in the ten relocation centers on the U.S. mainland.  They formed the All-Nisei 442nd Regimental Combat Team, and the volunteers were transferred to Camp Shelby in Mississippi for training. They soon joined the 100th Infantry Battalion in Europe in June of 1944. The 442nd Regimental Combat adopted the slogan “Go for Broke,” which described their style of fighting and their spirit as they fought the enemy. They served valiantly; they saw heavy combat during the war, and many members were awarded the Purple Heart and some Medal of Honor for their service.

Around 6,000 fought in the Pacific Theatre in combat and another 16,000 served as intelligence, translation, nurses and as part of the Red Cross in the United States and Europe during WWII. The 442nd Combat Team and the 100th Battalion were also two of the most decorated groups, receiving over 18,000 individual medals. Thousands of Nisei soldiers also gave their lives. Around 9,500 died during the War. Because of their accomplishments and success, the 100th Infantry Battalion, the 442nd Regimental Combat Team and the Nisei men and women who fought in other areas of the war gained the praise and respect from their officers and their fellow American citizens.

The families and relatives of the soldiers who remained in the internment camps were proud of their sons and daughters fighting for the U.S. To show their pride, interned communities constructed “Honor Walls” at the camps where they listed the names of the men and women who were serving.  The Minidoka Relocation Center in Idaho built an Honor Wall for their service men and women near the entrance of the camp. Minidoka had the highest percentage of internees from the ten camps serve in the military when about 950 people enlisted. The Heart Mountain Internment Camp later recently built an Honor Wall to honor those internees who fought and those who served.

The Japanese Americans who served in the U.S. Armed Forces during World War II demonstrated their patriotism in the face of racial discrimination, prejudice, and forced internment. Servicemen and servicewomen left their families behind in the relocation camps to fight for and serve their country which had committed so many injustices against them. They fought not only for their nation but for the respect that they deserved as American citizens.

When the United States entered the war against Germany and Japan in 1942, Fred Shiosaki and his family were living in Spokane, Washington. The Japanese American family feared the possibility of relocation but fortunately the Evacuation Order did not reach Eastern Washington. Fred’s mother and father were Japanese immigrants and were therefore unable to become American citizens. His father owned a laundry service in Hillyard, and after the attack on Pearl Harbor, business dropped to almost nothing because of the fear by the other Spokane citizens. However, business soon came back when people realized that no one else would clean industrial clothing. Fred recalled that he and his family never experienced strong anti-Japanese sentiment from people in Spokane. At the time, Fred graduated from high school and entered Gonzaga University. He studied at the all-boys college for two years before deciding to volunteer for the army. He started off in the Military Intelligence division but they soon discovered that Fred could not read or speak Japanese and therefore he was moved to the 442nd Regimental Combat Team.

The 442nd Regimental Combat Team trained at Camp Shelby, in Mississippi before being shipped to Europe to fight. Fred recalls one battle where his unit had to relieve another Battalion that had been trapped behind German lines. For five days the Unit fired on the Germans and they were fired upon until finally the German line broke and the Battalion was relieved. However, this was achieved at a great cost to the lives of the men in Fred’s unit. Out of approximately 100 men who began the battle only about 20 survived and Fred had been hit during the fight. For the rest of the war, Fred and his Unit fought in Northern Italy, as well as in northeastern France before returning to the United States in 1946. He resumed his studies at Gonzaga University the next fall. 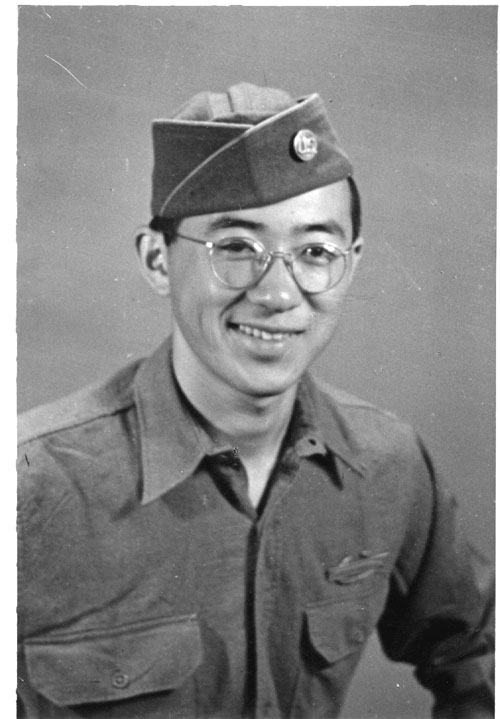 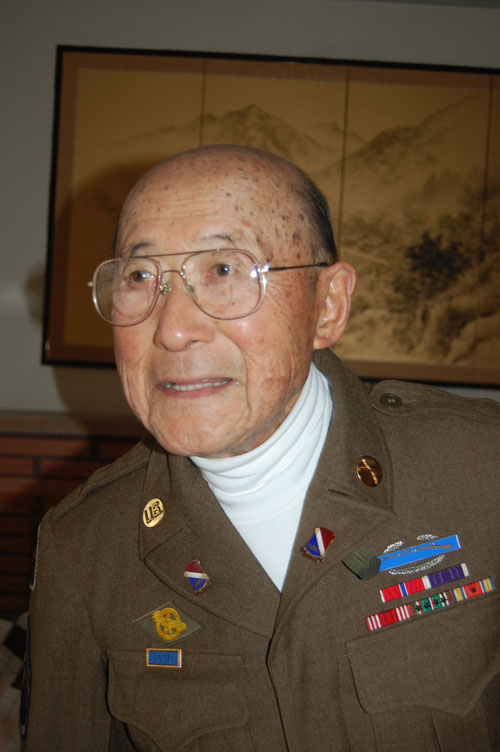 Fred Shiosaki, a resident of Spokane, Washington volunteered for the 442nd Regimental Combat team during World War II. He fought in Italy and France before returning to Gonzaga University. 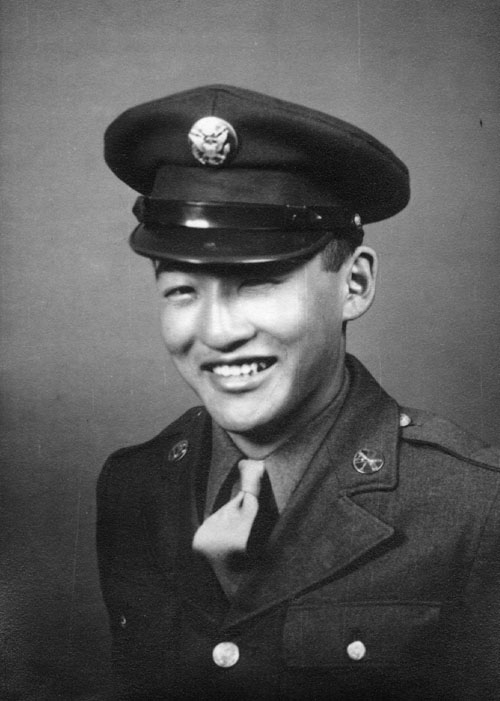 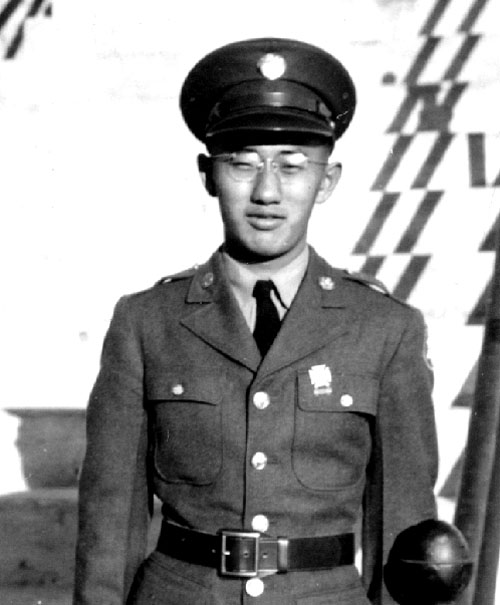 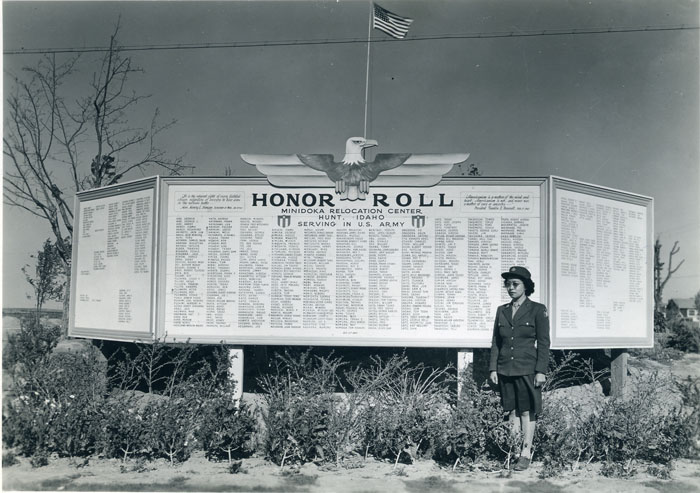 A wall was erected at the Minidoka Relocation Camp in Southern Idaho to honor the Japanese Men and Women serving in the United States Military during World War II.  Japanese American men and women served in combat, as well as, nurses and in Military Intelligence. 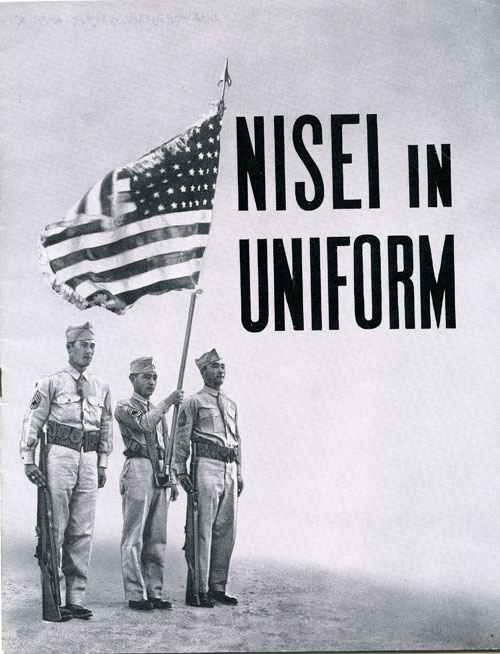 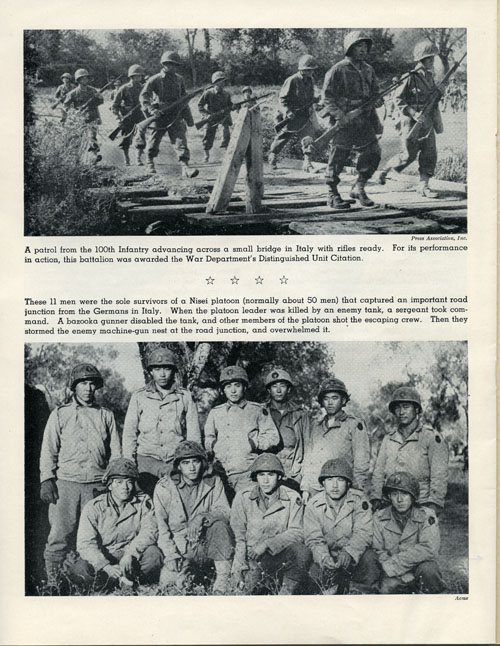 “Nisei Soldiers Serve in All Theaters of War”, Nisei in Uniform, 1943. 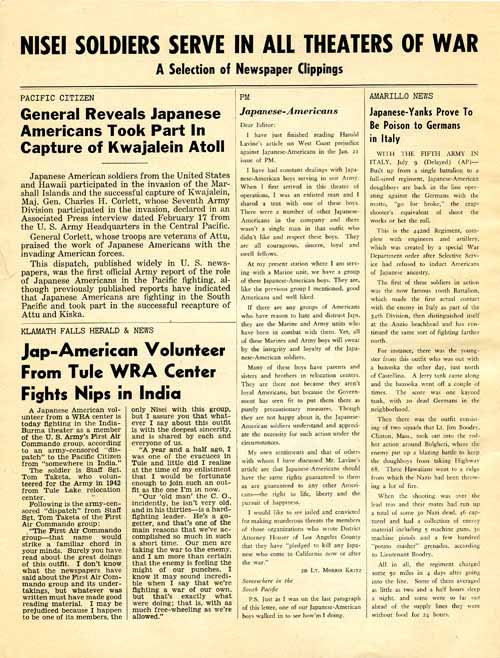 The selection of newspaper clippings highlight the success of Japanese American soldiers fighting for the United States during World War II. The Nisei soldiers fought in Europe and Asia and they were highly successful and regarded as loyal and strong fighters. Copied from Nisei in Uniform, 1943. 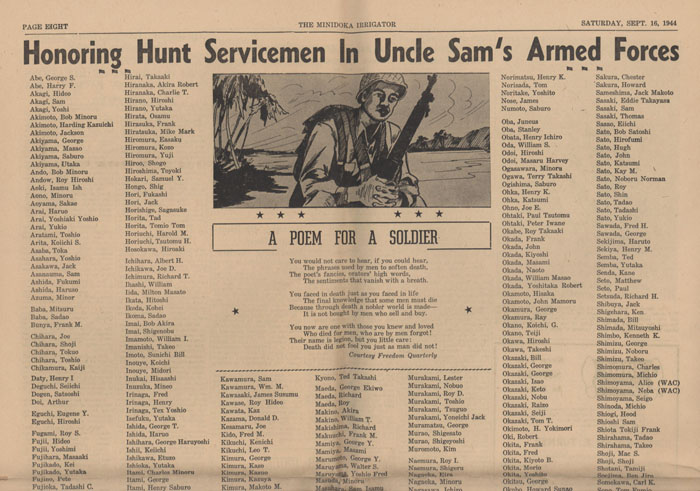 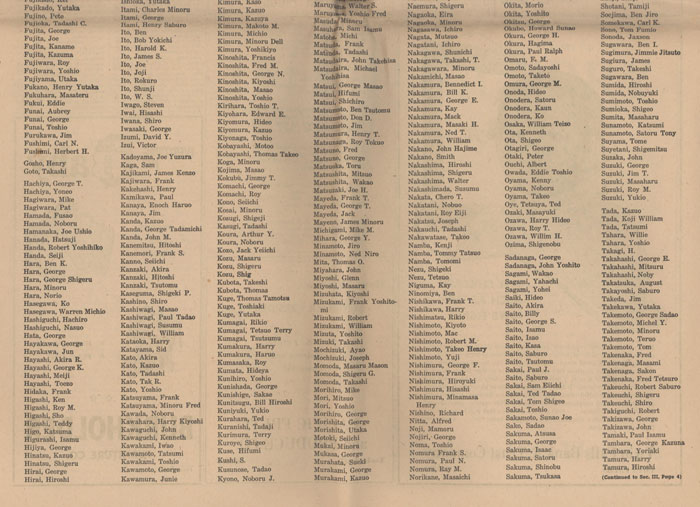 The Minidoka Relocation Camp had the highest percentage of internees from the ten camps serve in the military. Around 900 men and women from Minidoka served the United States during World War II.