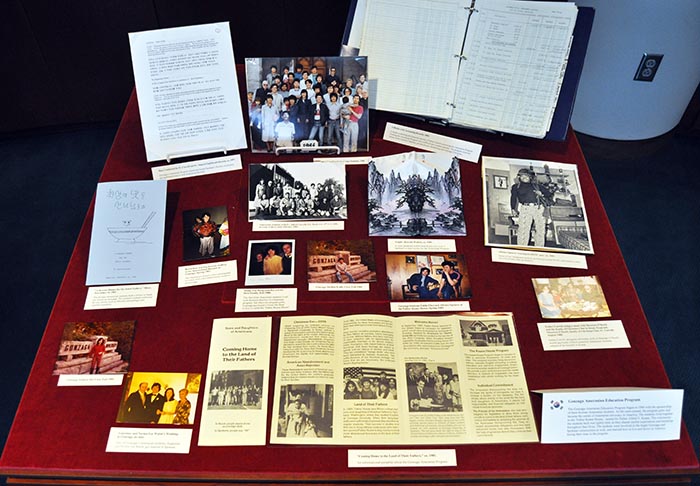 The Gonzaga Amerasian Education Program began in 1980 with the sponsorship of three Korean Amerasian students. As the years passed, the program grew and became the center of Amerasian advocacy in America. The students lived together in the ‘Father Keane House,’ named for Father Alfred V. Keane. The community the students built was tightly knit, as they shared similar experiences and hardships throughout their lives. The students were involved in the larger Gonzaga and Spokane communities as well, and they learned how to live and thrive in America during their time in the program. 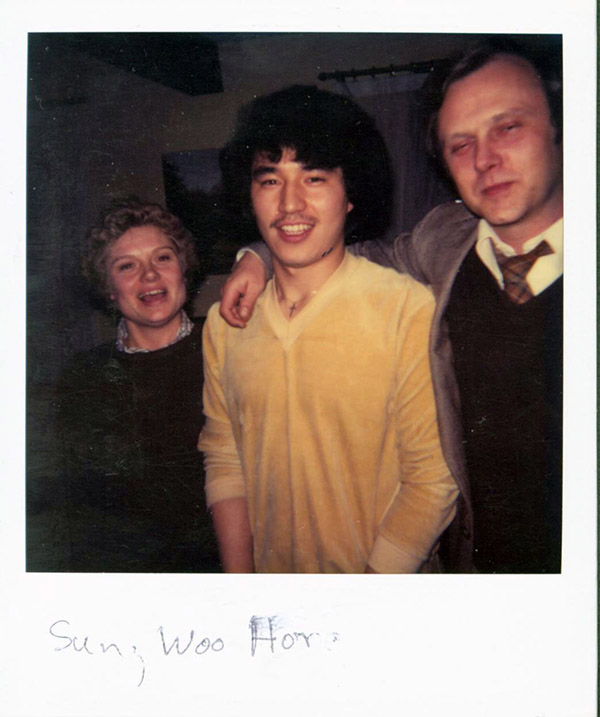 The first three Amerasian students lived with Spokane families in a homestay program, but when the program grew, Gonzaga purchased a house for them to live in called the ‘Father Keane House’. 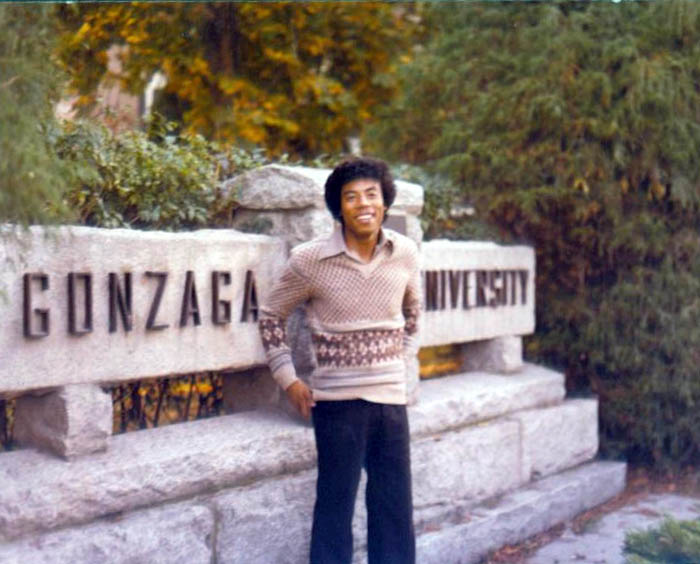 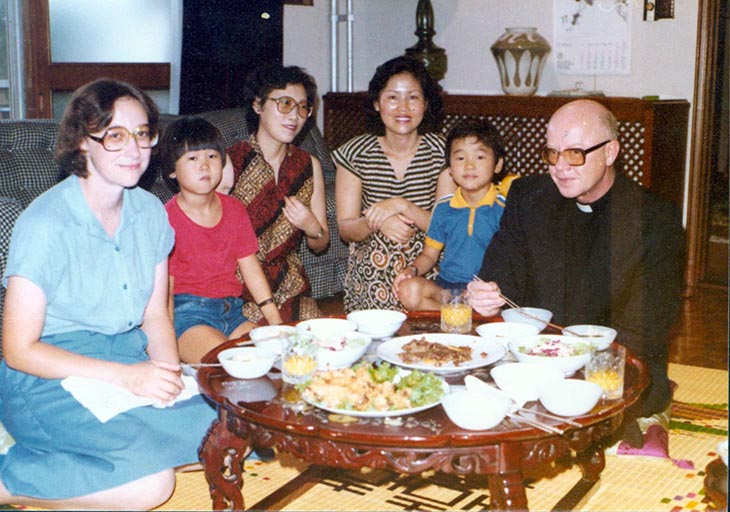 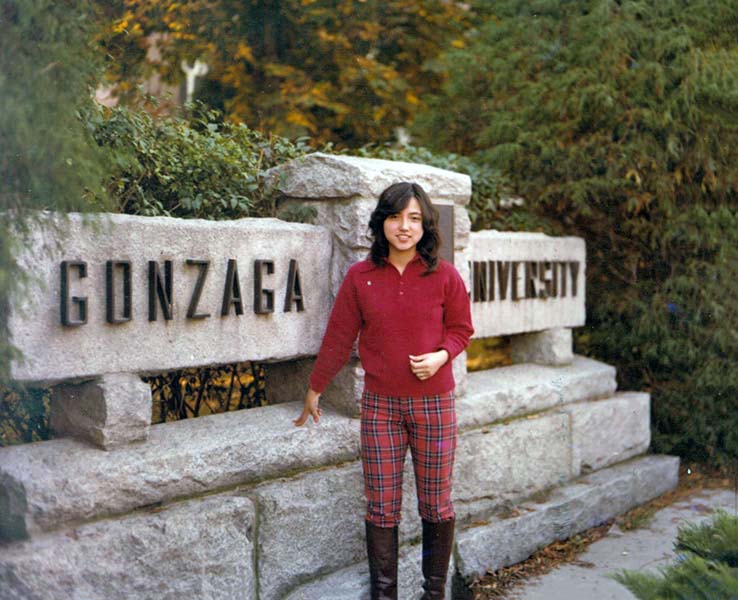 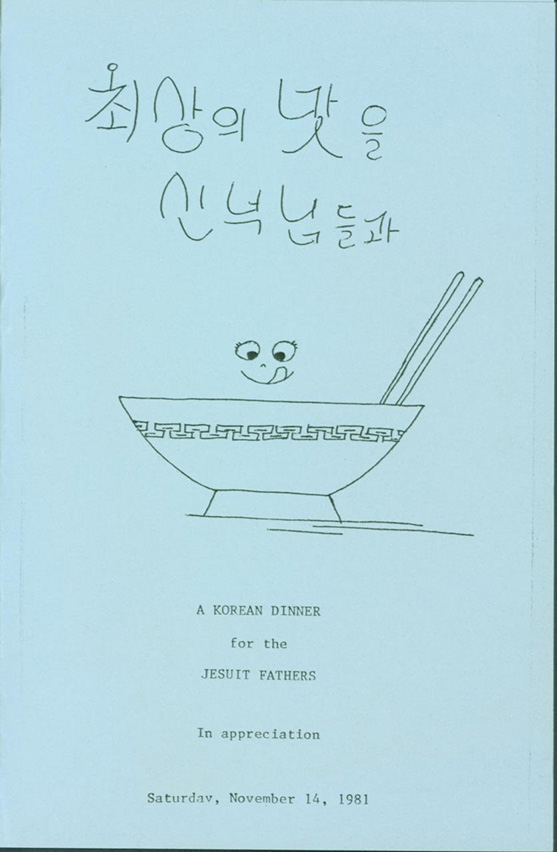 The Korean Amerasian students held a dinner to thank the Jesuits at Gonzaga. The students cooked traditional Korean dishes such as Mandoo (dumplings) and Japchae (noodles).

Amerasian students with Fr. Alfred Carroll, S.J. (back row, 2nd from left), in front of the Crosby Library, 1981. 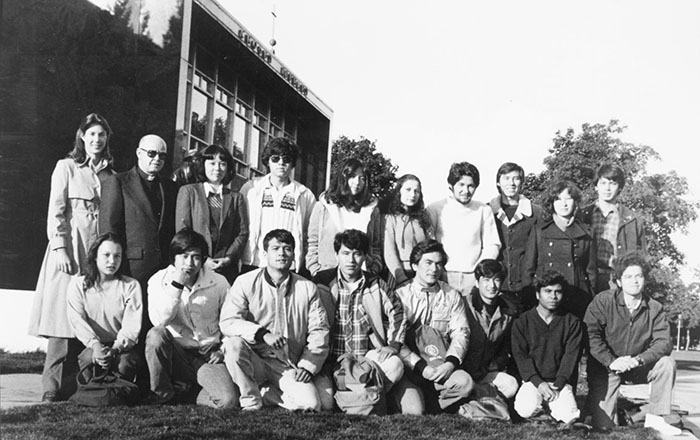 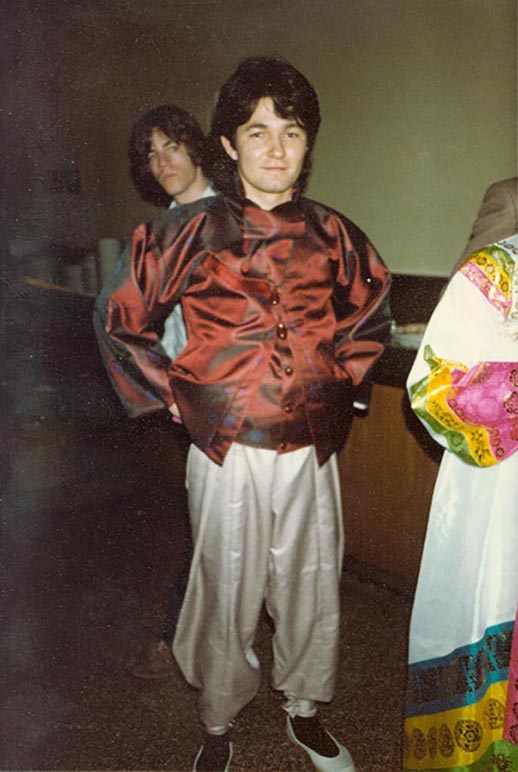 A Binder with Accounting Records, 1983. 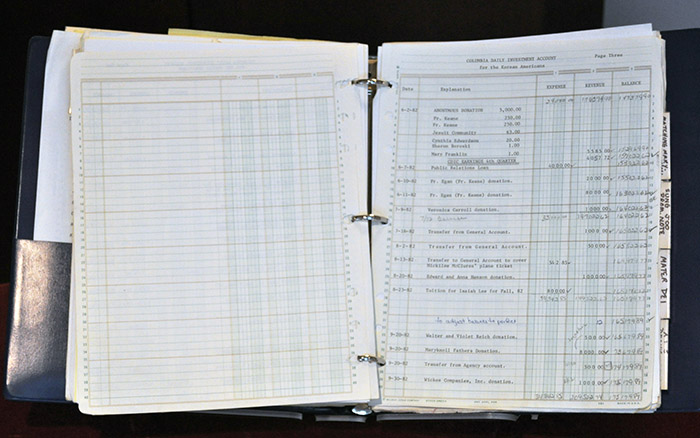 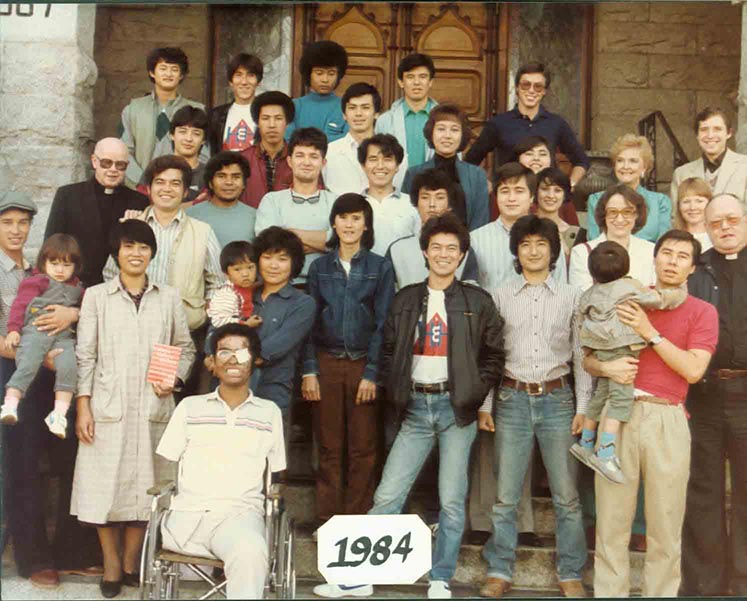 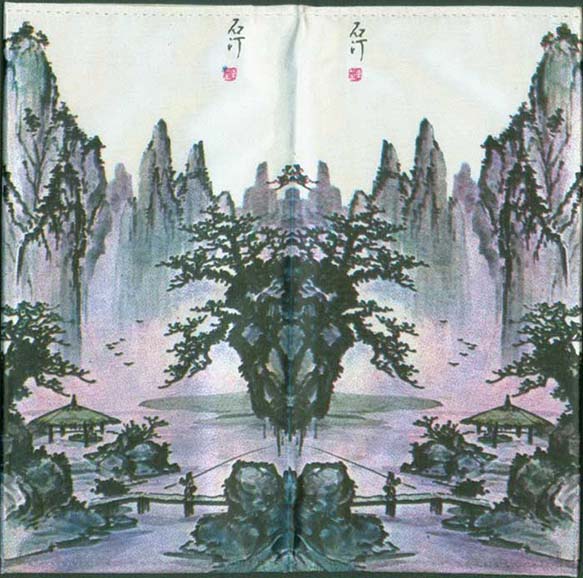 A mass-produced wallet from Korea that was sold in Spokane to raise money for the Gonzaga Amerasian Program. 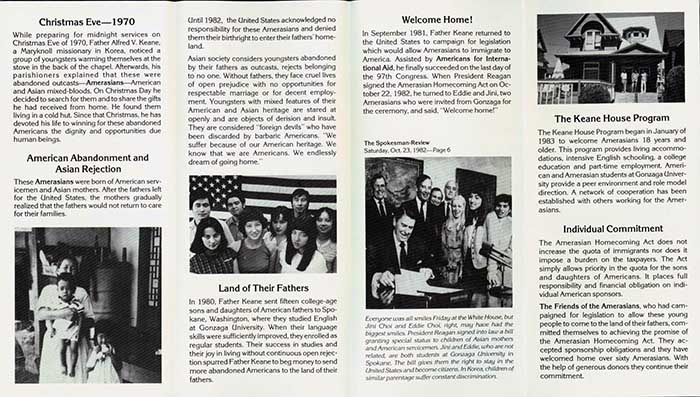 An informational pamphlet about the Gonzaga Amerasian Program. 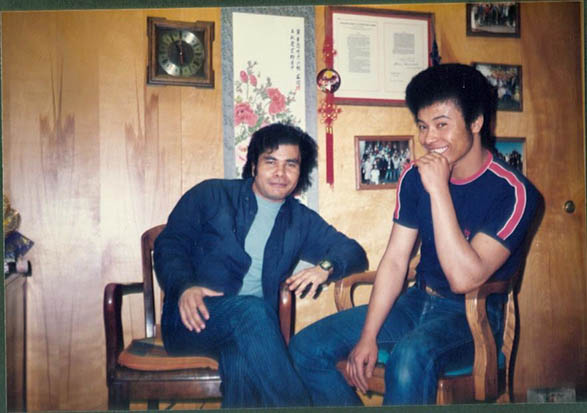 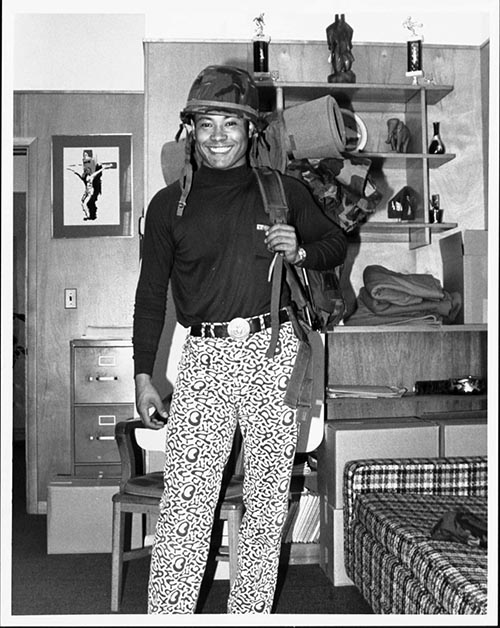 Some of the Amerasian students at Gonzaga joined ROTC and hoped to enter the US military after graduation. 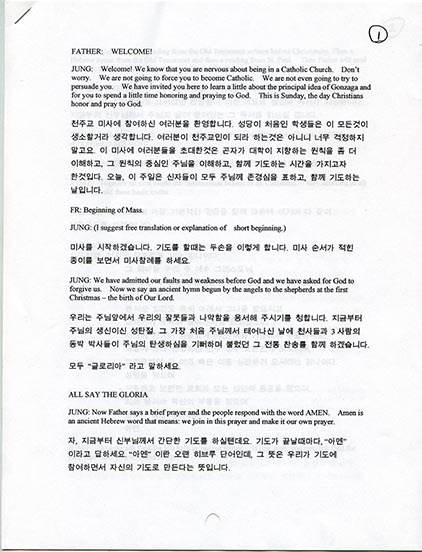 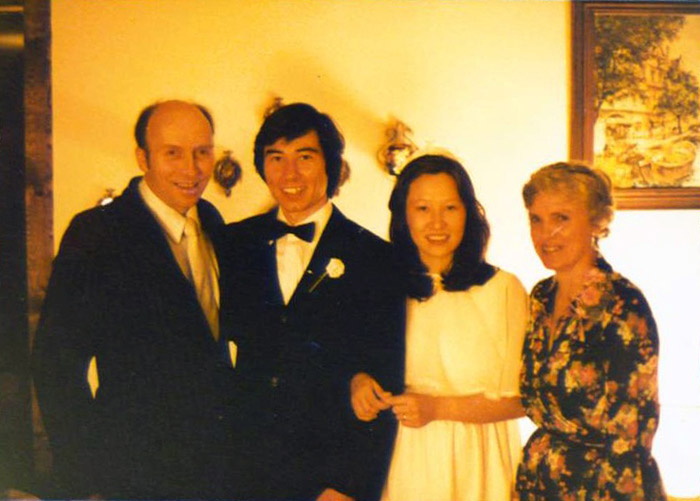