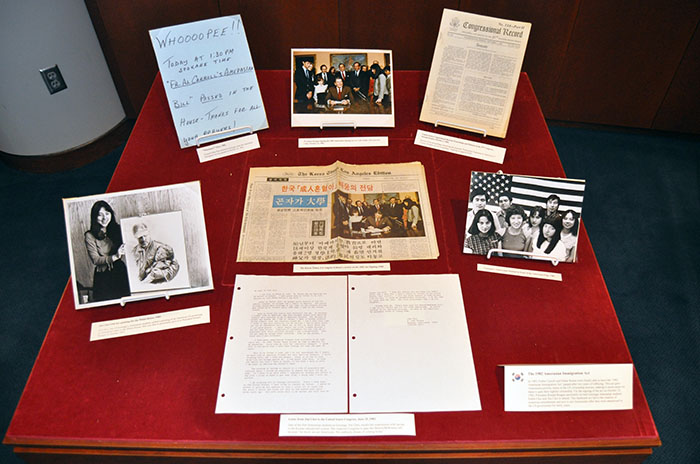 In 1982, Father Carroll and Father Keane were finally able to have the ‘1982 Amerasian Immigration Act’ passed after two years of lobbying. This act gave Amerasians priority status in the US citizenship process, making it much easier for them to gain their rightful citizenship. For the signing of the act on October 22, 1982, President Ronald Reagan personally invited Gonzaga Amerasian students Eddie Choi and Jini Choi to attend. This landmark act led to the creation of numerous amendments and acts to aid Amerasians after they were abandoned by the US government for thirty years.

Letter from Jini Choi to the United States Congress, June 25, 1982. 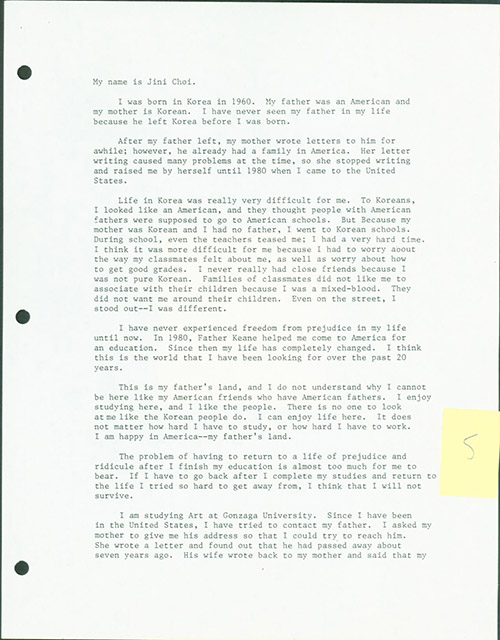 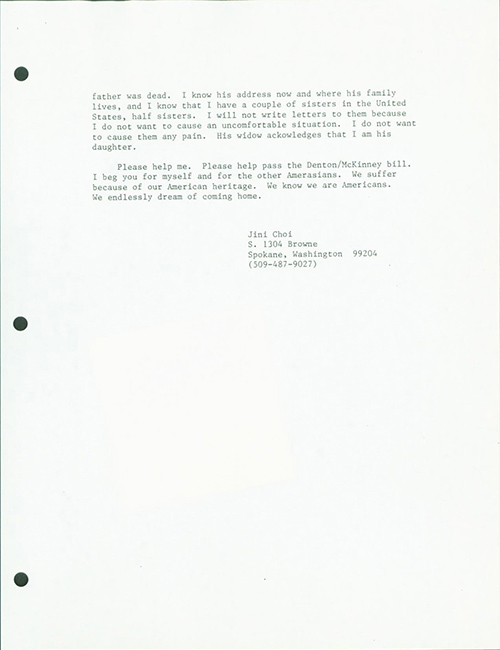 One of the first Amerasian students at Gonzaga, Jini Choi, recalls her experiences with racism in the Korean educational system. She implores Congress to pass the Denton/McKinney bill because “we know we are Americans. We endlessly dream of coming home.” 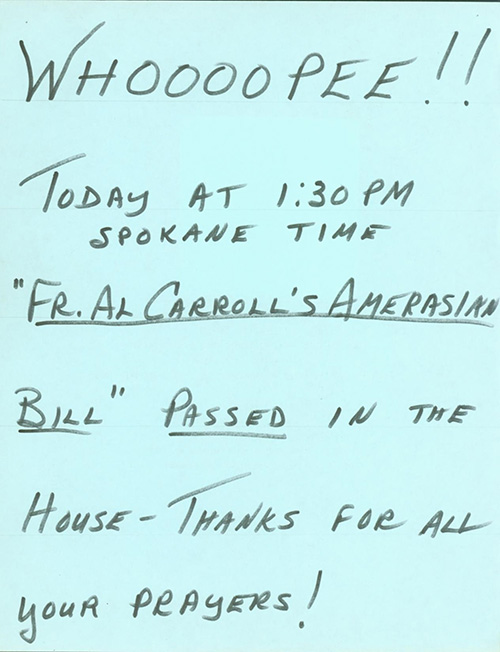 A handwritten flyer posted at Gonzaga when the Amerasian Immigrant Act was passed on October 22, 1982.

Jini Choi with her painting for the White House, 1982. 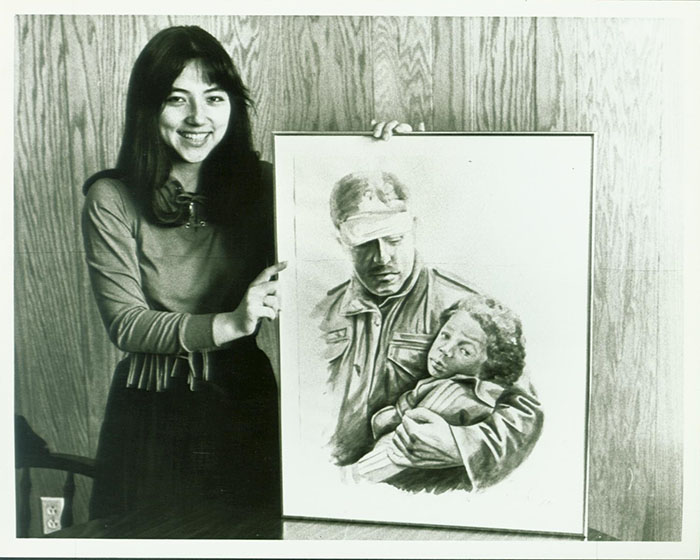 Jini Choi, one of Gonzaga’s Amerasian students, gifted a painting of an American GI protecting an Amerasian baby to the White House. She was able to personally give it to President Ronald Reagan in October 1982.

Gonzaga's Amerasian Students in front of the American Flag, 1982. 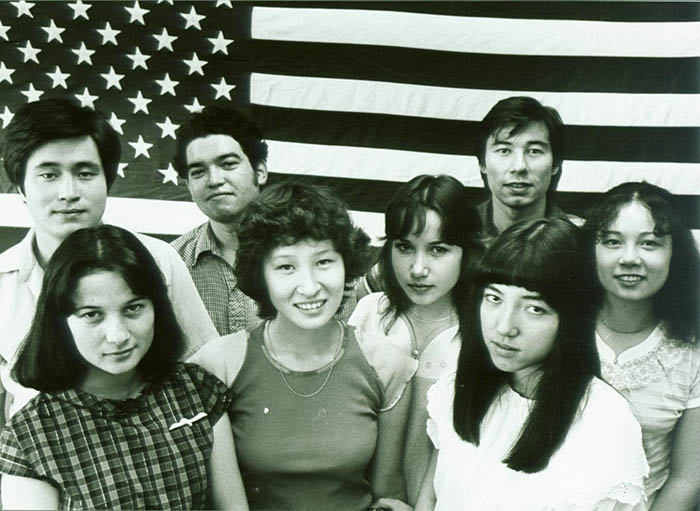 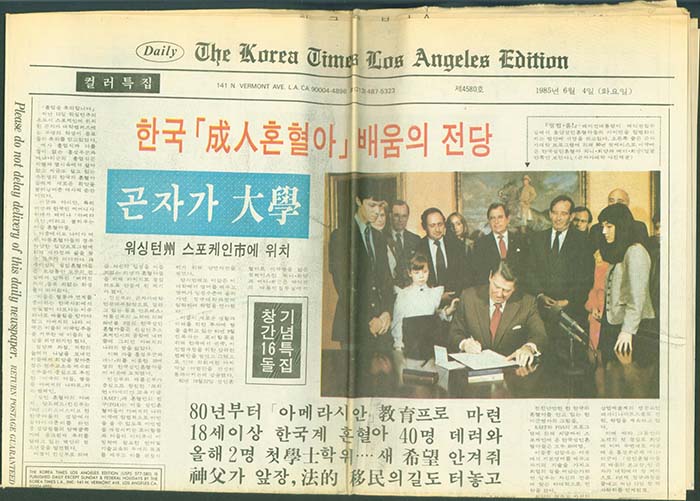 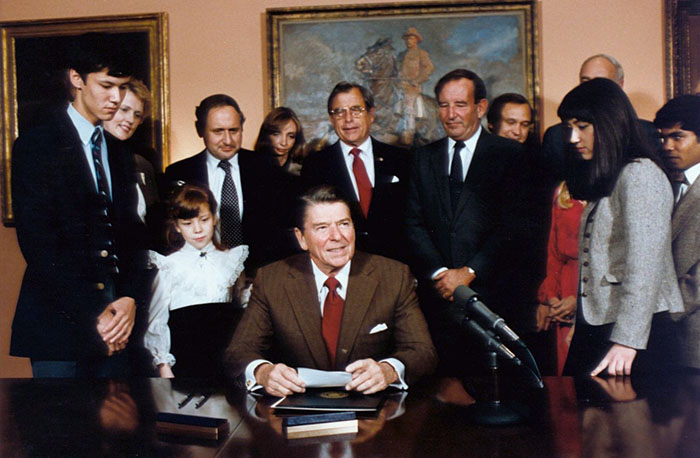 US Congressional Record, Proceedings and Debates of the 97th Congress, Second Session, October 1, 1982. 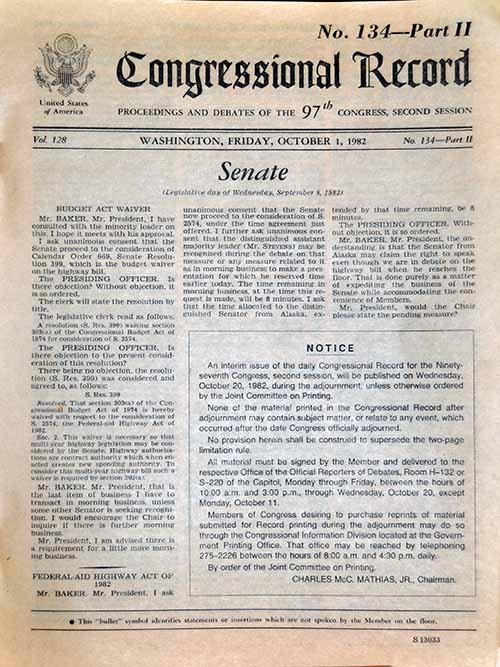 Record of the proceedings concerning the proposed “Preferential Treatment in Admission of Certain Children of US Citizenships.”