UASC's Believe It or Not: Oddities, Rarities & Treasures from the Foley Vault: Lobby Display Case 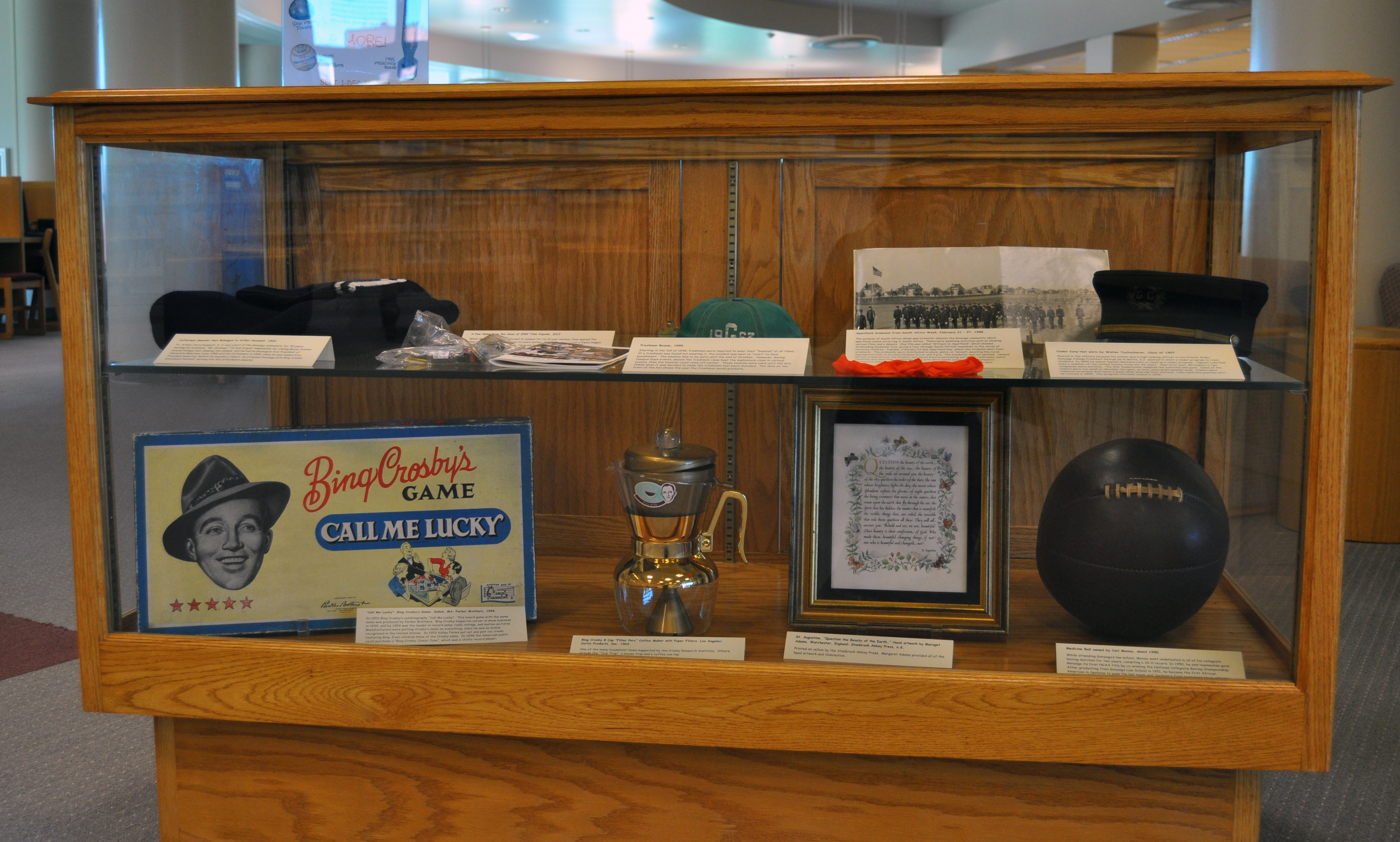 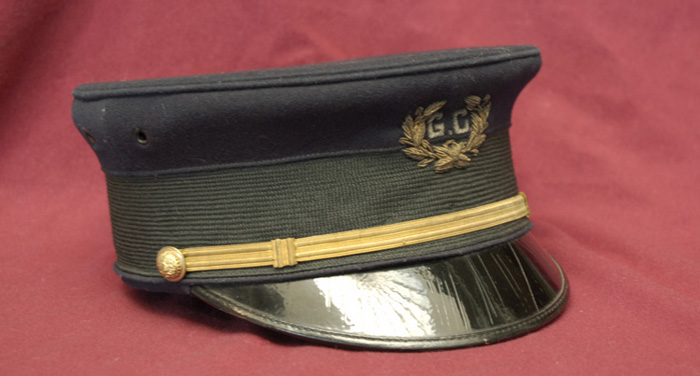 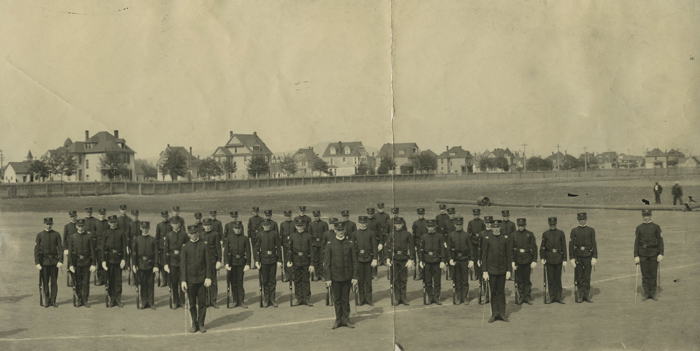 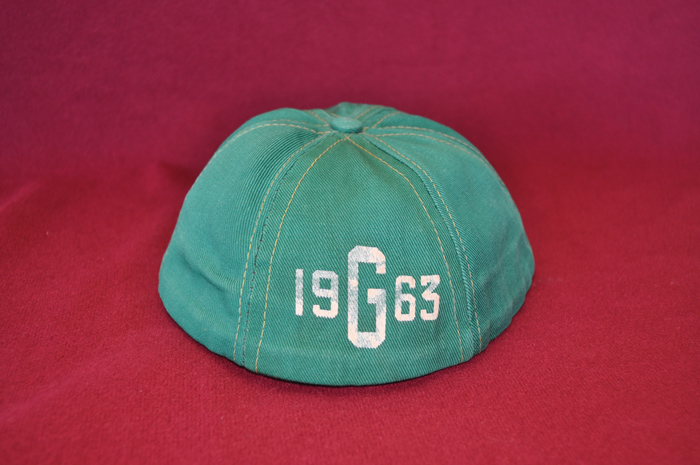 Starting in the fall of 1948, freshmen were required to wear their “beanies” at all times.  If a freshman was found not wearing it, the student was sent to “court” to face punishment.  The beanies had to be worn until the end of October.  However, during Campus Days events, should the freshmen class beat the sophomore class in various events, then the beanies could come off earlier.  These beanies were used until the late 1960s when it was decided to make the freshmen feel more included.  The date on the front of the hat shows the year the freshman would graduate. 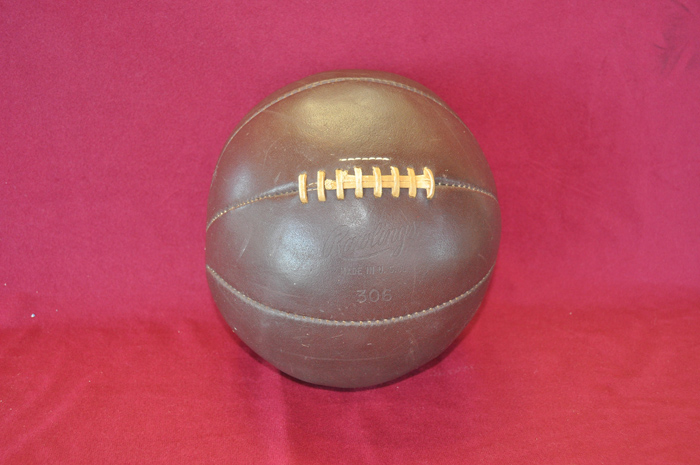 While attending Gonzaga’s law school, Maxey went undefeated in all of his collegiate boxing matches for two years, compiling a 32-0 record. In 1950, he and his teammates gave Gonzaga its first NCAA title by co-winning the National Collegiate Boxing Championship.  After graduating from Gonzaga Law School in 1951, he became the first African American in Spokane to pass the bar exam and Spokane’s first prominent black attorney. 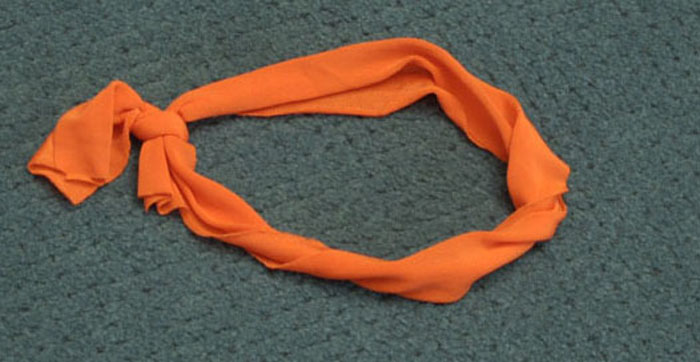 The purpose of South Africa Week was to better educate the Gonzaga community about apartheid issues occurring in South Africa.  There were weeklong activities such as showing various films and a debate.  One film was called “Witness to Apartheid”, which showed Archbishop Desmond Tutu  giving a tour through South African townships to the voices of tortured children.  Tuesday, February 23 was Apartheid Day, where the students wore their armbands.  The armbands were distributed in black, white, or “mixed”, denoting the racial segregation code to be used between 8 a.m. and 4 p.m.  The simulation was not optional.  Campus service organizations, the Knights, and Spurs monitored building entrances, restrooms, water fountains and meal lines, permitting those with white bands easier access.  Professors segregated classroom seating, whites in front, mixed in the middle, and black in back. 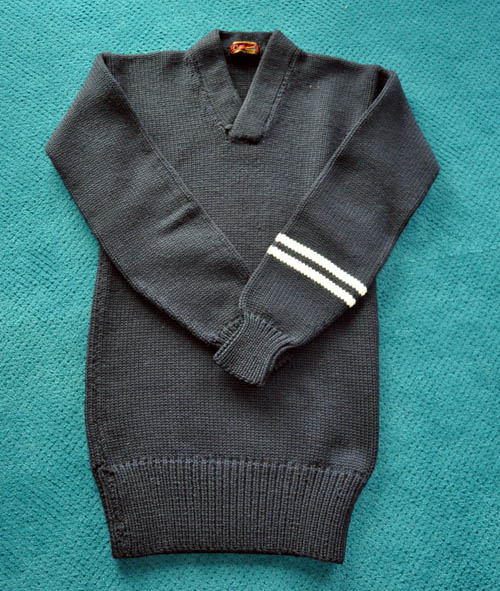 Fr. Arthur (Art) Dussault, S. J. was a part of the Gonzaga community for 70 years, earning his nickname, “Mr. Gonzaga.” He was largely responsible for closing Boone Avenue around College Hall, shaping the campus, and served as Gonzaga’s Vice President of University Relations from 1958 until his retirement in 1990, when he was named Vice President emeritus. Before he became a Jesuit, he attended Gonzaga with Bing Crosby and played football, earning him this letterman’s sweater. 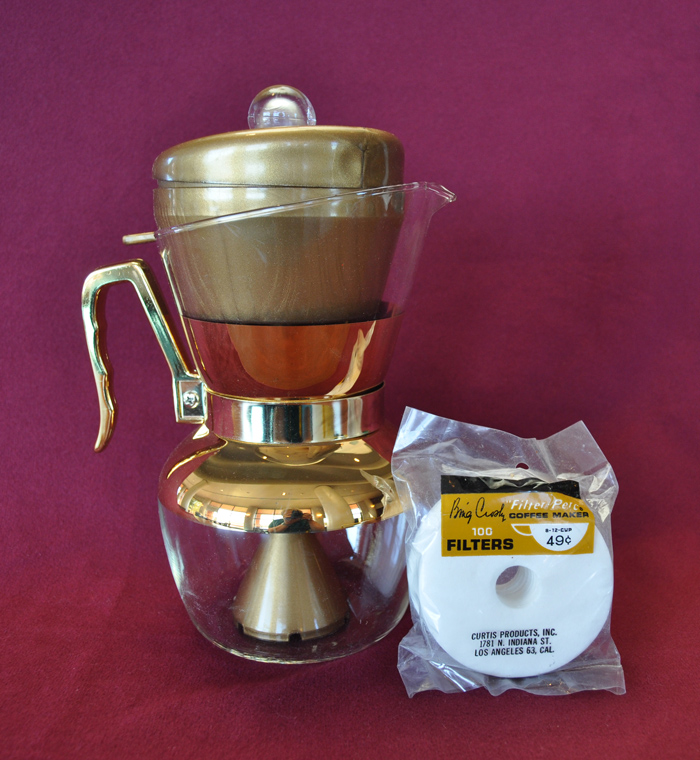 One of the many household items supported by the Crosby Research Institute.  Others include the “Trip Trap”, a mouse trap and a coffee can tap. 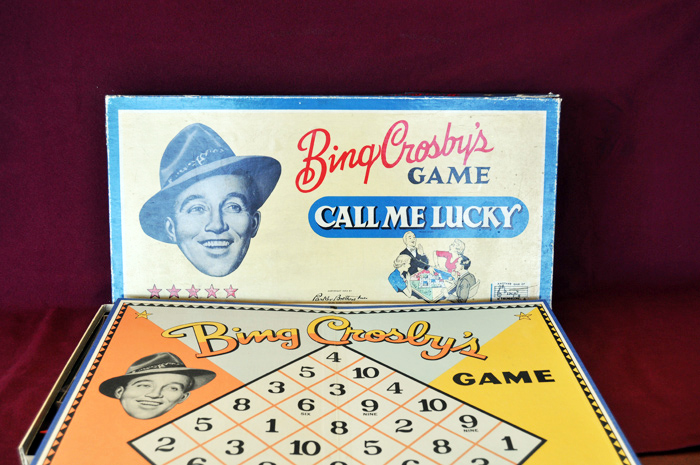 In 1953 Bing Crosby published his autobiography “Call Me Lucky”.  This board game with the same name was produced by Parker Brothers.  Bing Crosby began his career in show business in 1934, and by 1954 was the leader in record sales, radio ratings, and motion pictures. Manufacturers were putting Crosby’s name on everything, since he was so widely recognized in the United States.  In 1953 Valley Farms put out one pint ice cream featuring Bing. Even children knew of the Crosby name.  In 1948 the American public could purchase a “Bing Crosby Junior Juke”, which was a child’s record player. 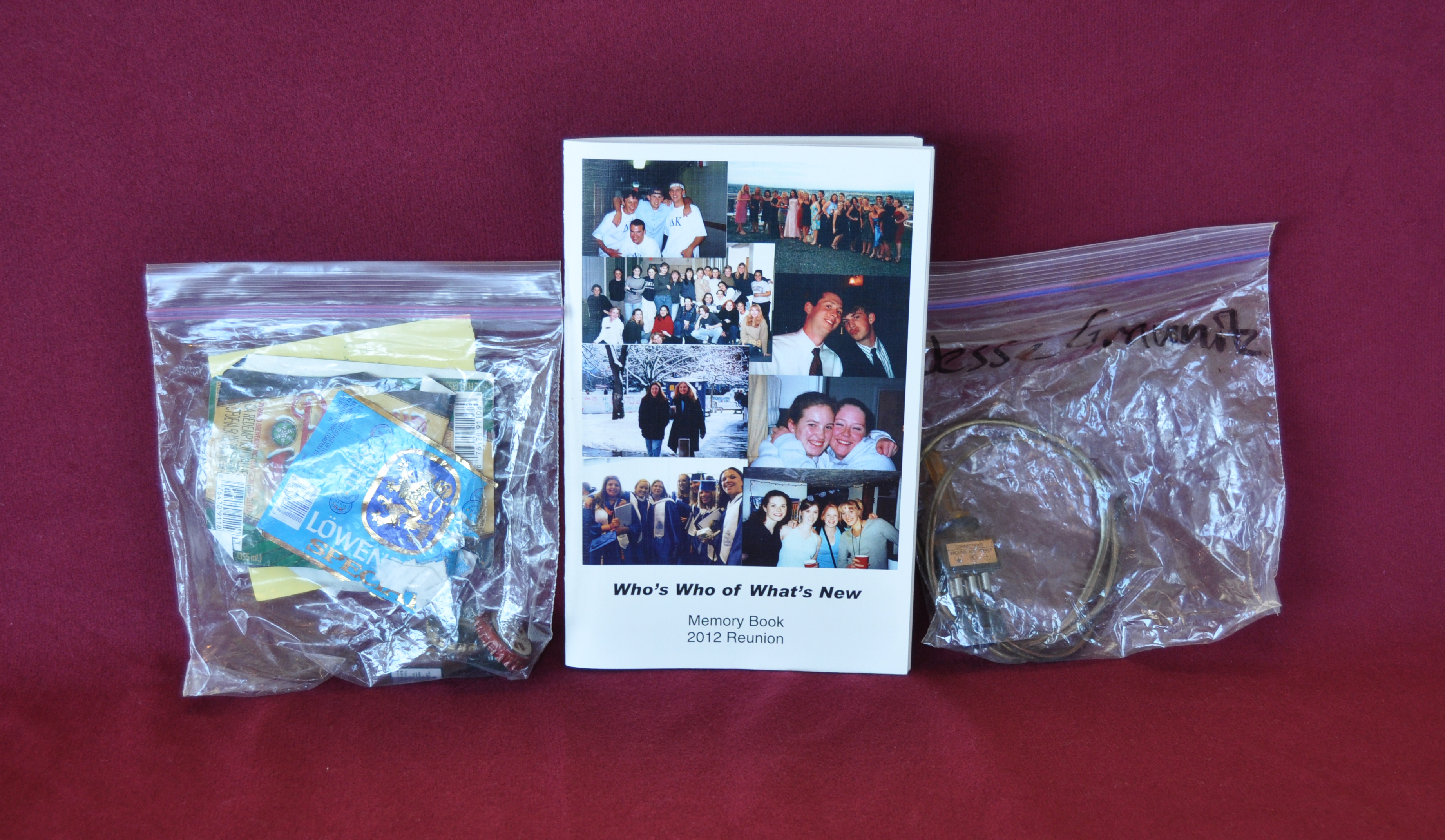 When the class of 2002 returned to campus for its 10 year reunion, they opened the time capsule that they had made 10 years earlier.  Each person was given a Ziploc baggie to fill with their items of choice.  Here are some of the items. 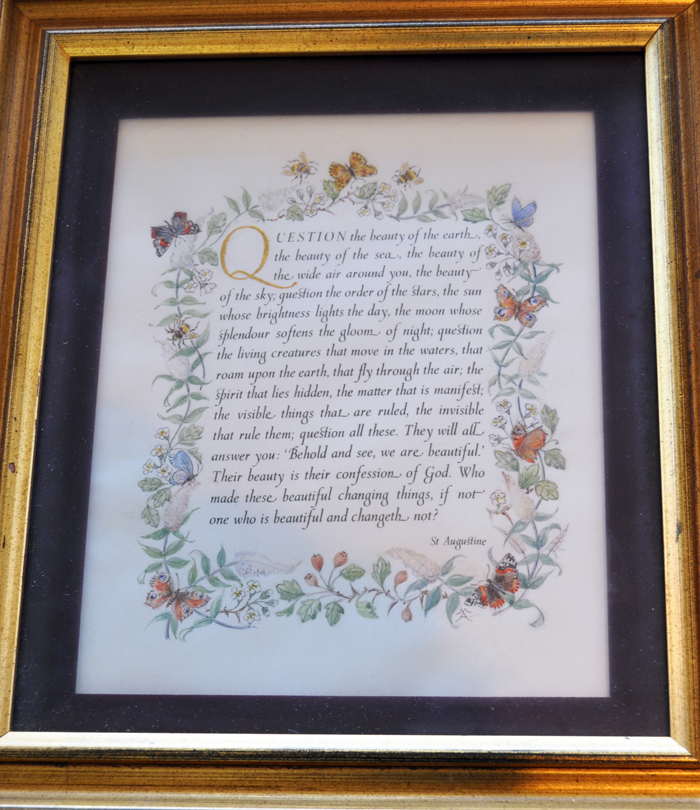