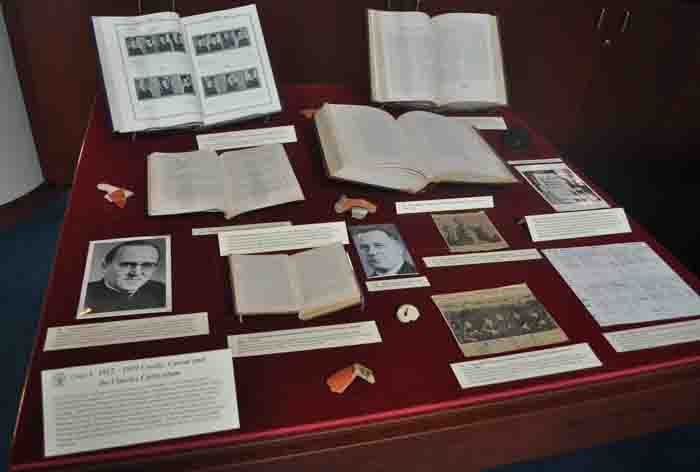 By 1920, the study of Classics lay at the very core of Gonzaga’s curriculum and played a popular role in its students’ extracurricular activities.  All students were directed to take 8 hours of Latin and 8 hours of Greek or a modern language in both freshmen and sophomore years at Gonzaga.  Such studies focused on the reading and translation of poetry and prose, including Cicero, Virgil, Horace and Demosthenes in Latin, as well as Homer, Plato, Sophocles and Euripides in Greek.  Publications often featured classical themes, and the students put on a production of Julius Caesar during the 1919 school year, all of which demonstrated the integral part that classical studies played in the lives of the students.  Notably, Bing Crosby attended Gonzaga High School and Gonzaga University in the 1920s and received a Classical Course education. 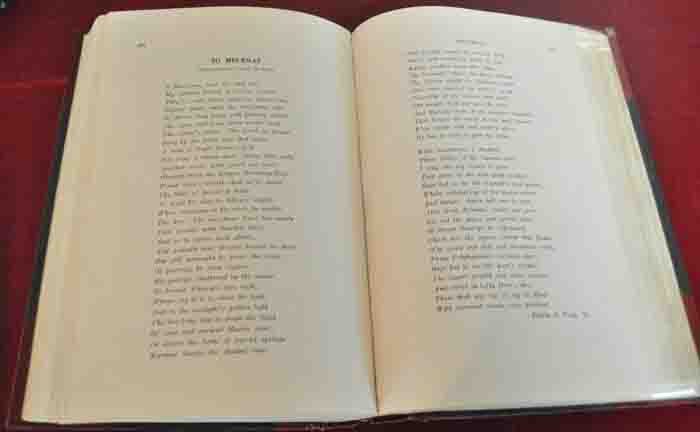 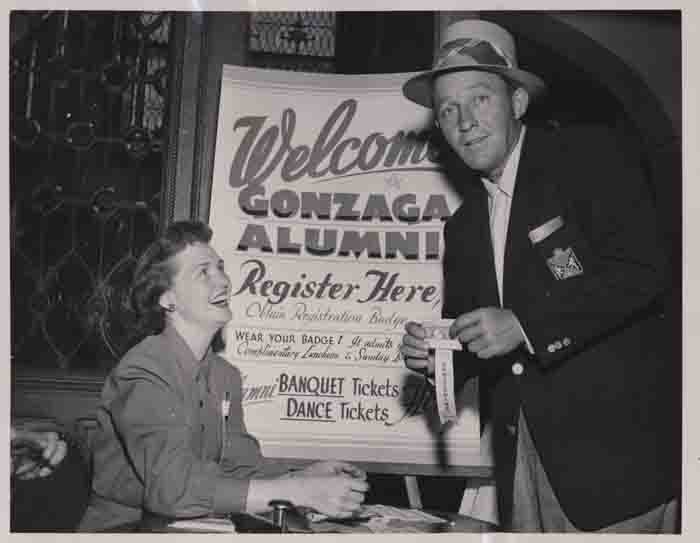 Harry “Bing” Crosby graduated from Gonzaga High School in 1920, having studied the Classical Course.  He went on to study pre-law at Gonzaga University, but did not finish.  Crosby remains one of the most well known alumni of the school thanks to a wildly popular career in music and movies.  He made large contributions to Gonzaga, both financially and in publicity, and has a building on campus named for the Crosby family.  As his biographer wrote:  “Bing Crosby is the only major singer in American popular music to enjoy the virtues of a classical education.” (Giddins, Pocketful of Dreams, page 56) 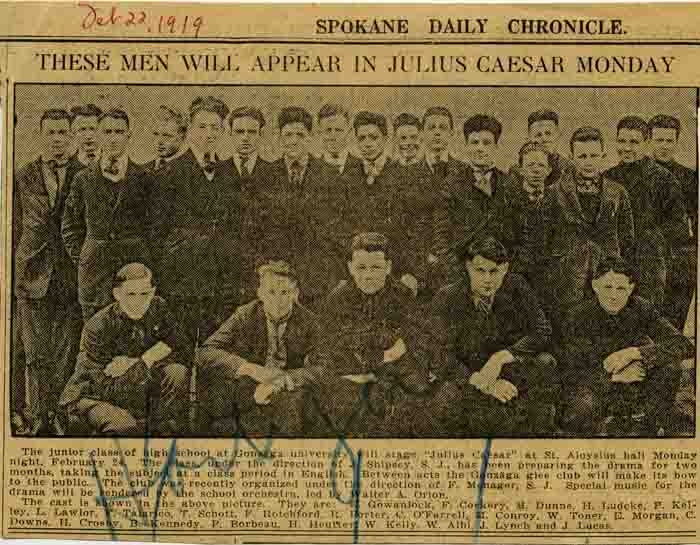 The production of Julius Caesar included Bing Crosby (third from the right, back row) and Francis Corkery (second from left, back row), who later became a Latin professor and President at Gonzaga. The play was mentioned by Crosby on a number of occasions thereafter, with widely varying details to the stories. 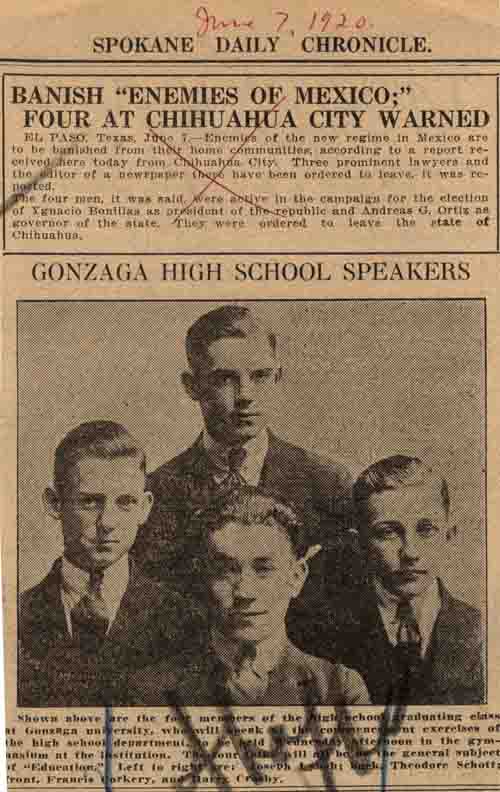 This article features both Bing Crosby and Francis Corkery, speaking at high school graduation. The two were friends and had a number of adventures together. 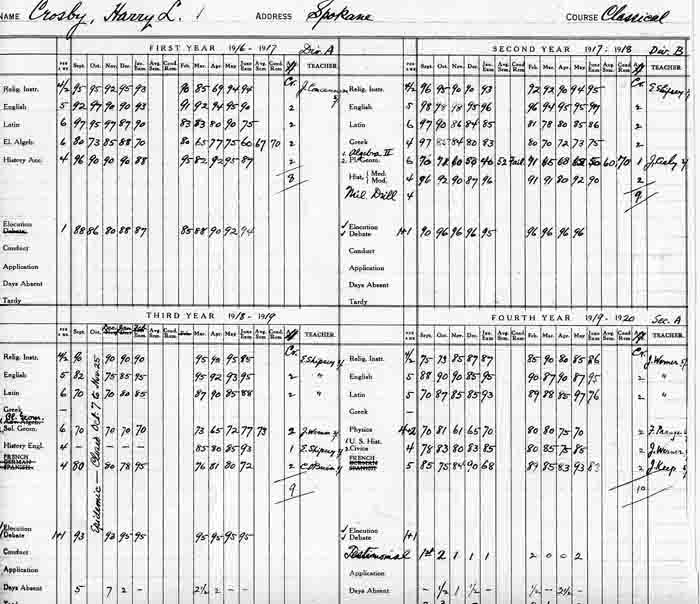 This transcript shows the classes Crosby took while at Gonzaga High School. They include four years of Latin and one year of Greek, as well as elocution. Crosby credits these classes with teaching him “not only to enunciate a lyric, but also to analyze its meaning.” (Giddins, Pocketful of Dreams, page 57) 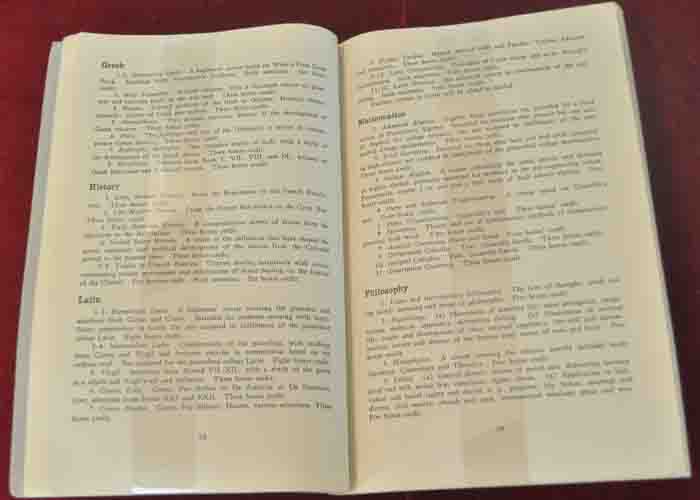 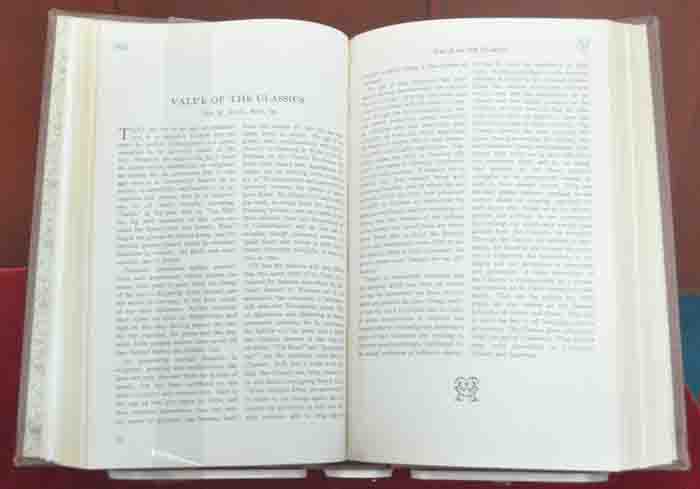 An argument defending the purpose and usefulness of Classical education, explaining that “Classics demand the most exacting diligence, they give nothing for nothing...and by so doing, they prepare us for those gigantic struggles to be encountered sooner or later in life's onward march.” 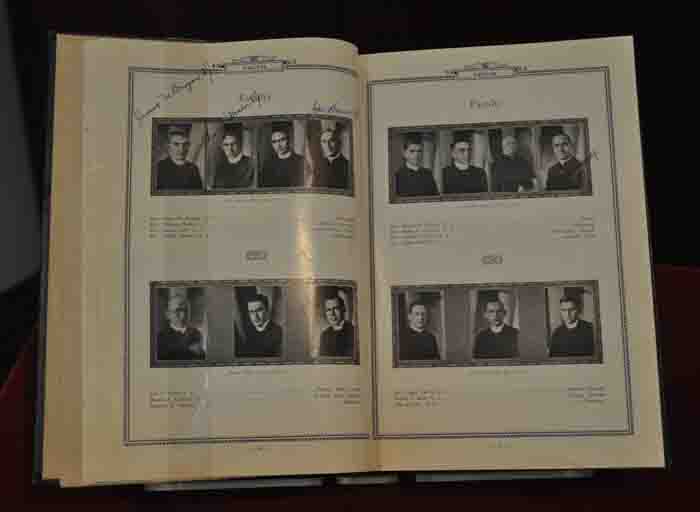 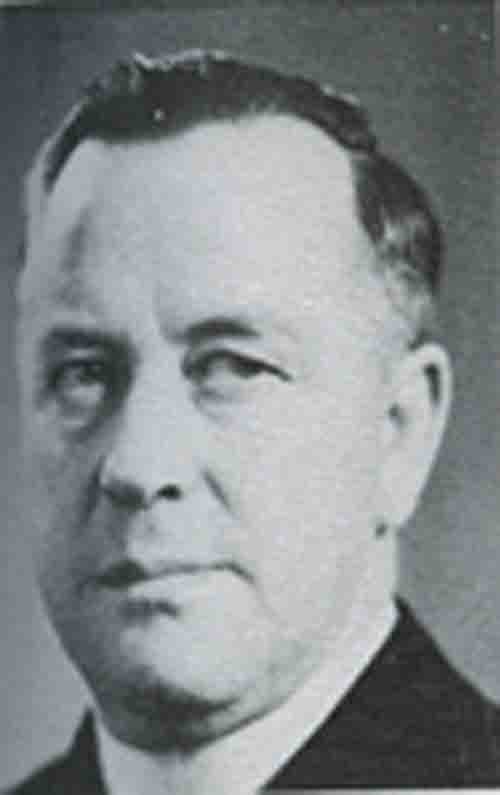 Professor of French and Latin. 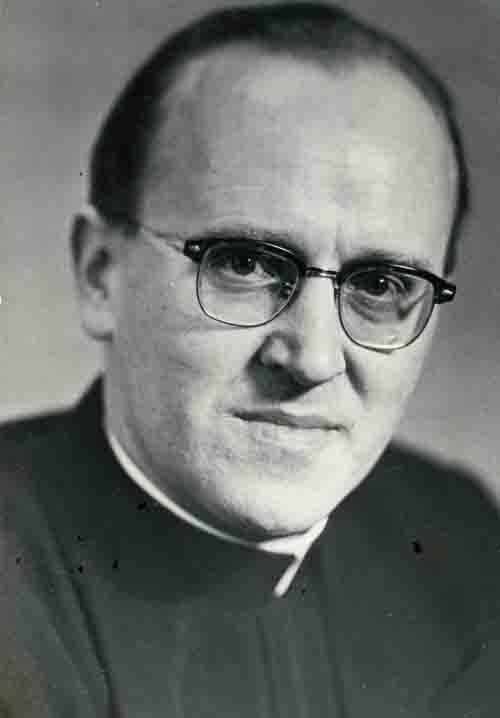 Anthony Bischoff, S.J.  (1910 – 1933), who was “a long-time member of Gonzaga's English Department, began gathering Hopkins-related materials in the 1940's...with the help of Ruth Seelhammer, curator of the Hopkins Collection at Gonzaga for more than forty years, and the financial support of Gonzaga University and the Oregon Province, Society of Jesus.” (Lesley Higgins, from “Gerard Manley Hopkins: A Life Recollected” Exhibit Catalog, Summer 2010).

Gerard Manley Hopkins, S.J. (28 July 1844 – 8 June 1889) became a very popular poet following the posthumous publication of his works in 1918.  Anthony Bischoff, S.J. spent much of his life tracking down and studying the works and documents associated with Hopkins, including a number of Hopkins' Greek and Latin texts.  Many of these feature significant notation in the margins, allowing us to better understand Hopkins. 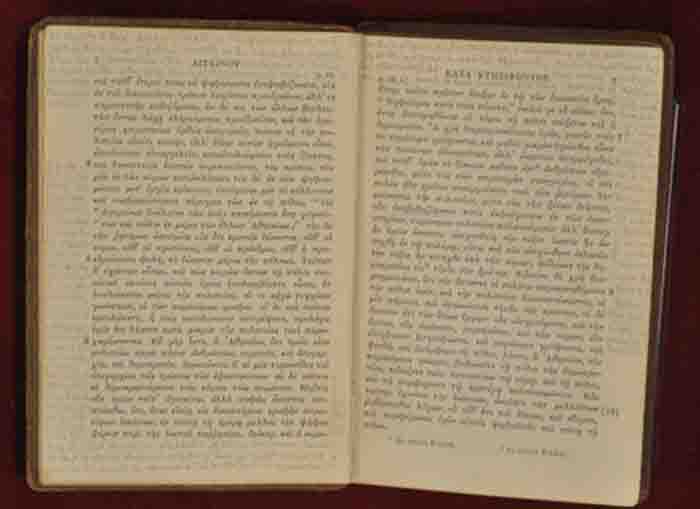 This book was owned by Gerard Hopkins and contains a great deal of notation.  These handwritten notes help scholars better understand how he interpreted the classics.  Inscribed in the cover are the words “Hopkins/ 1860/ Esse quam videri”.