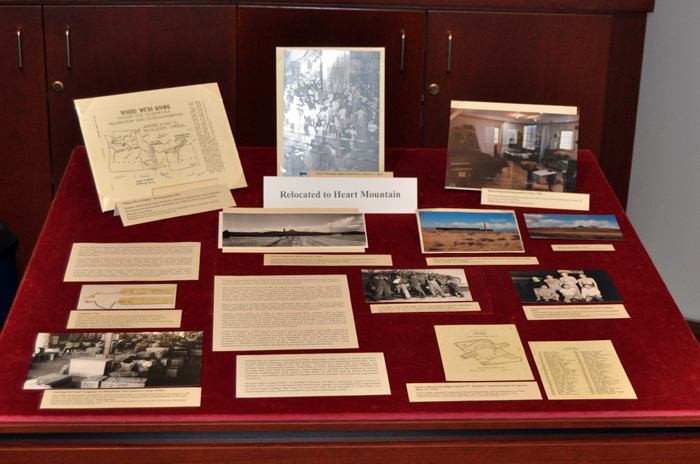 Newly arrived internees grappled with the shock of incarceration and with their new surroundings. They tried to settle into the hastily constructed barracks that failed to keep out the summer’s dry heat or the bitter winter cold.

The camp was laid out to provide for most of internees’ needs. The camp had a hospital, a hog and chicken farm, a post office, store, and auto garage, “play areas” for children, and a cemetery. Administrators hoped that the camp would help internees as they tried to re-established the routines of daily life. Internees worked at the camp’s hog and chicken farms, they took professional classes, and they built things they needed. In May, 1943, internees completed the Heart Mountain High School and, thus, continued education to the youngest prisoners.

The camp also provided for internees domestic life. Each of the thirty housing blocks contained 24 barracks, mess halls, recreation halls, a toilet and laundry. Heart Mountain was one of the largest internment camps with 720 barracks, each measuring 20 feet by 120 feet. One barrack housed up to 22 people.

Despite these efforts to create a sense of normal daily routine, life at Heart Mountain was anything but ordinary. The new routines were strange and unfamiliar. Families were crowded into barracks that provided none of the privacy or comforts they had enjoyed in their homes. Internees worked, gardened, or attended school within the confines of the camp and under the guard of U.S. soldiers stationed in watchtowers to ensure that none of the prisoners tried to leave camp and rejoin the free societies from which they had been wrenched.

Heart Mountain’s watch towers became a source of conflict soon after internees began to arrive late in 1942. As winter set in November, the War Relocation Authority began to reinforce the security around the camp with fences topped with barbed wire and new watchtowers. For hundreds, this was the last straw. They protested what they considered to be an “insult to any free human being.” They gathered a petition protesting the security measures. They presented it to camp administrators to no avail. Heart Mountain internees continued to protest.

Opposition to injustice continued at Heart Mountain when, early in 1944, Secretary of War, Henry Stimson, revised the draft classification of Japanese Americans. As a result, Nisei were eligible for the draft – though they were still not eligible for release from internment camps. Internees at Heart Mountain protested. Organized through the Fair Play Committee, they refused to submit to the selective service medical examinations and, thus, to the draft. In all, 85 men at Heart Mountain refused to be drafted, the highest number of draft resisters out of all ten internment campsites.

Despite their experiences, or perhaps because of them, internees joined efforts in the late 20th century to preserve the internment camps and commemorate internment, an event that changed the lives of everyone who lived through it. Tom Hide was instrumental in the effort to preserve the Heart Mountain camp. 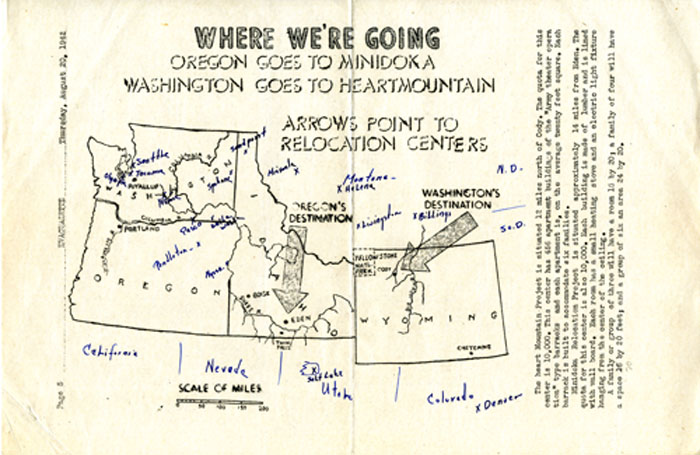 Japanese Americans living in Portland’s temporary incarceration center published the Evacuazette and keep the community up-to-date on where the government planned to send them. 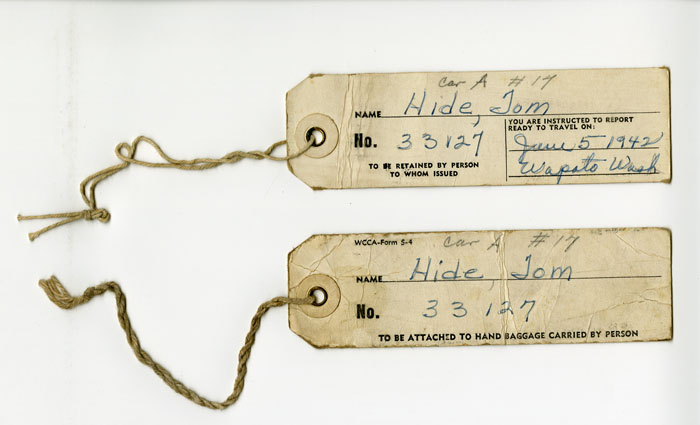 Internees were allowed to bring personal items with them when soldiers evacuated the, form their homes to unknown destinations and fro an unknown amount of time. These luggage tags were accompanied. Tom Hide’s few personal possessions. 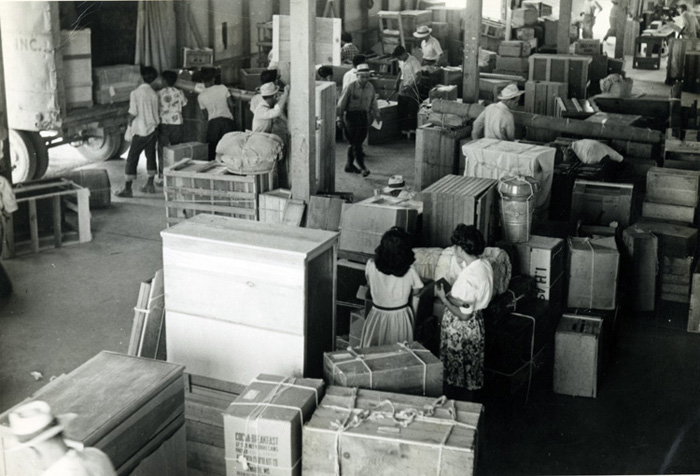 The War Relocation Authority allowed internees to bring only basic essentials with them. Nevertheless, the Mindoka Internment Camp received thousands of forced evacuees and their meager belongings.

When the first internees from Washington State arrived at Heart Mountain, on August 11, 1942, they began the final phase of a long and difficult journey. Most would spend the next three years living in Wyoming’s high plains desert on the 46,000 acre internment campsite east of Yellowstone National Park.

Heart Mountain was the destination for most of Washington’s citizens of Japanese descent, including Tom (Terumi) Hide. When Hide was 14, the War Relocation Authority forced his family to leave their home in Wapato, Washington, and move to a temporary relocation facility in Portland, Oregon. Within a few months, Hide, his older brother and his parents were sent to Heart Mountain.

Tom Hide was only one of nearly 14,000 internees who lived at Heart Mountain between 1942 and 1945. About 7% of the camp’s internees came from Washington’s Yakima Valley. Others originated from southern California and Oregon. They joined Washington internees in Heart Mountain. 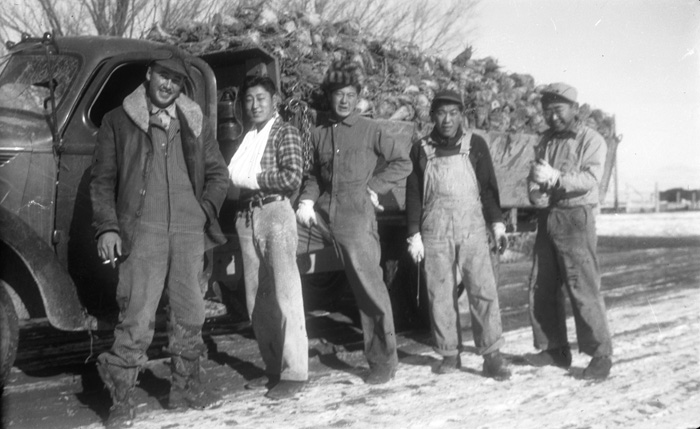 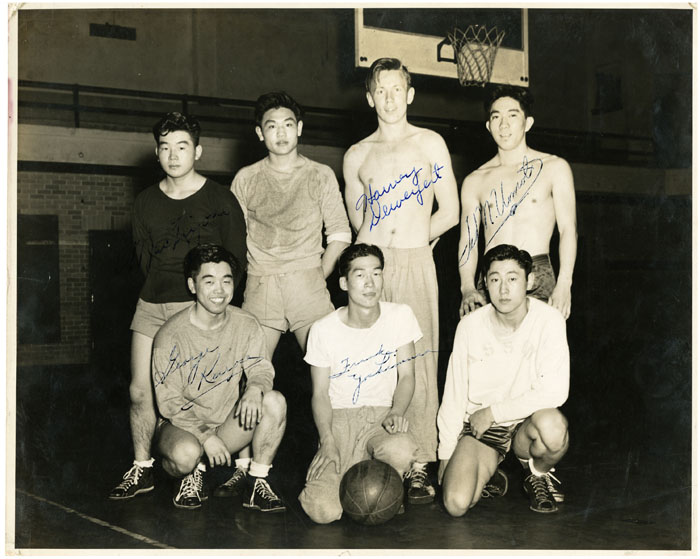 Tom Hide was a part of this independent intramural basketball team at Washington State College. 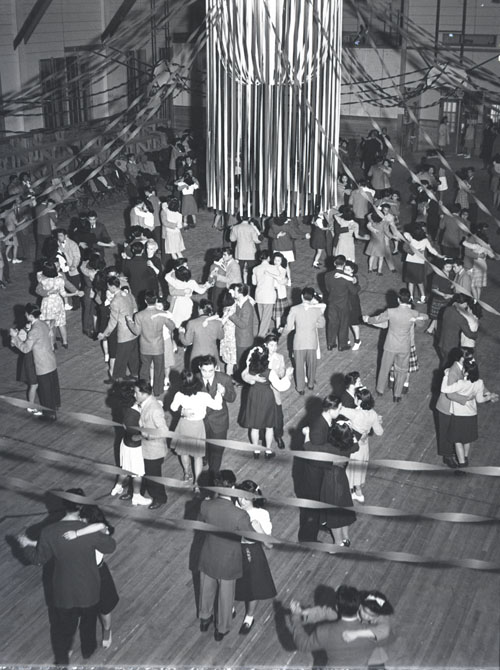 The dance was in honor of Hisako Takehara’s coronation as Campus Popularity Queen. 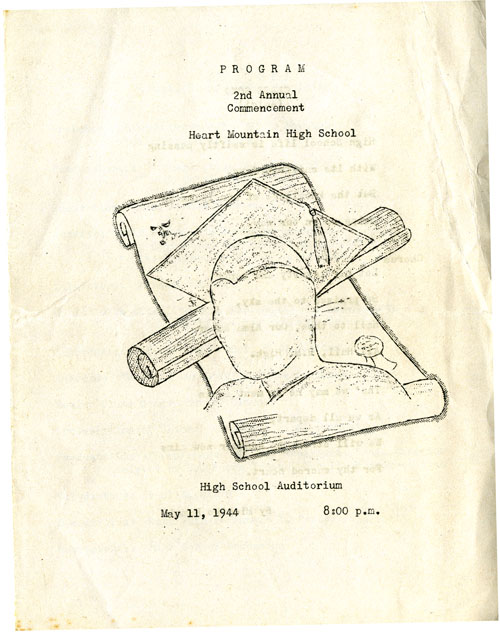 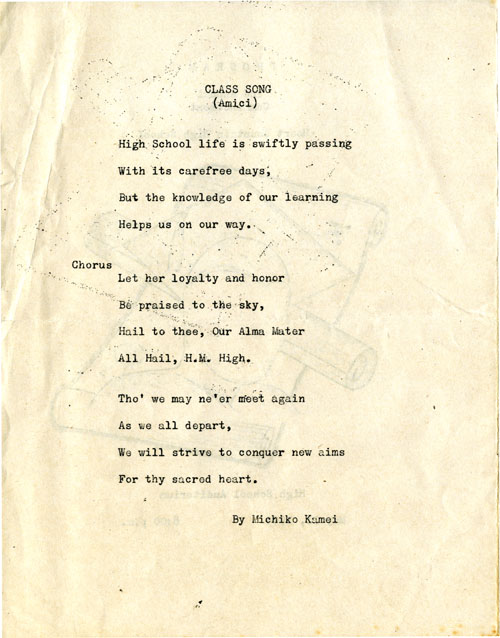 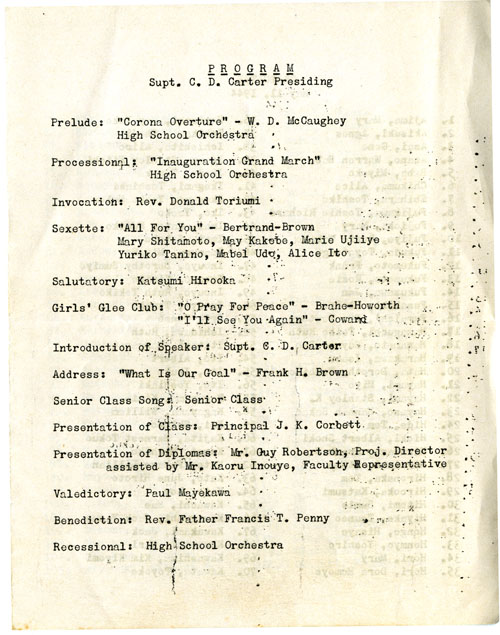 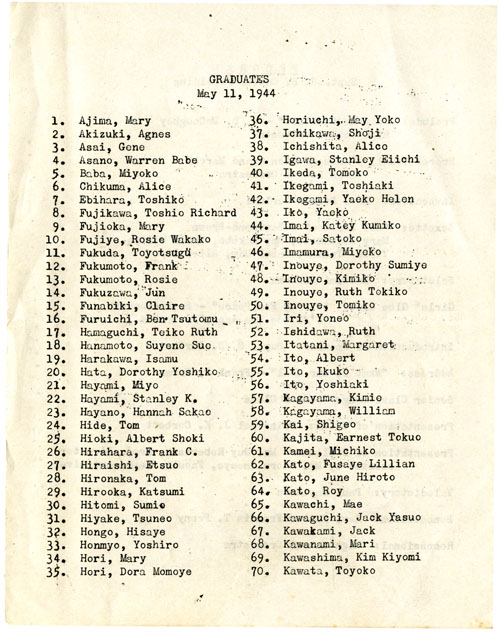 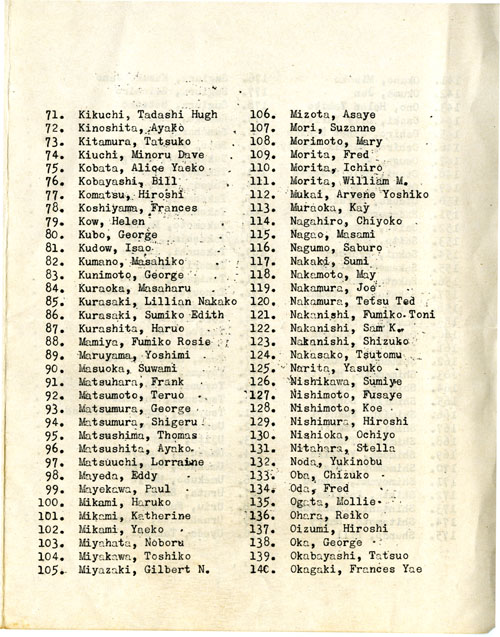 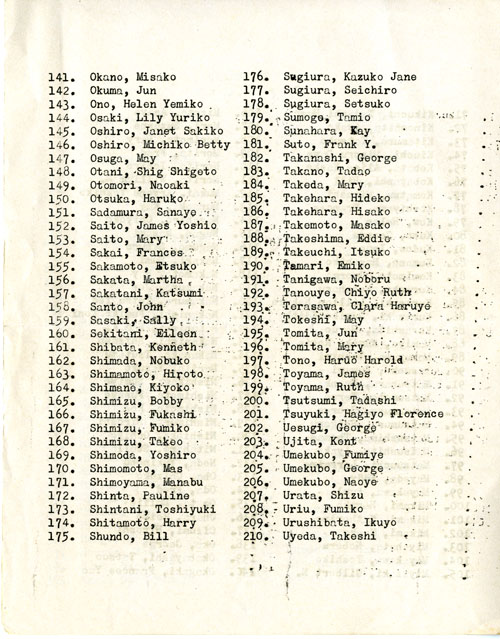 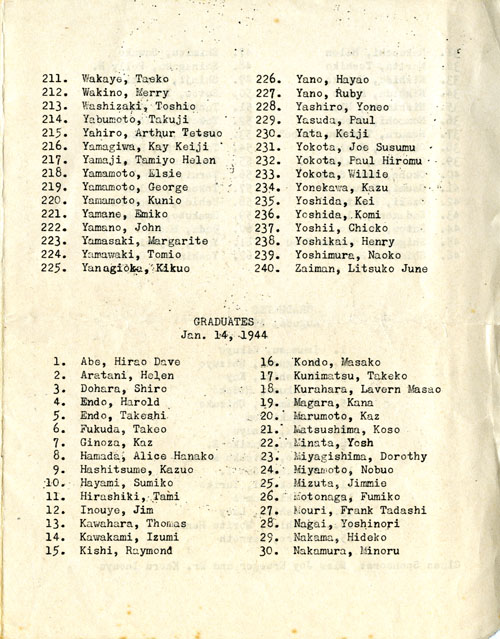 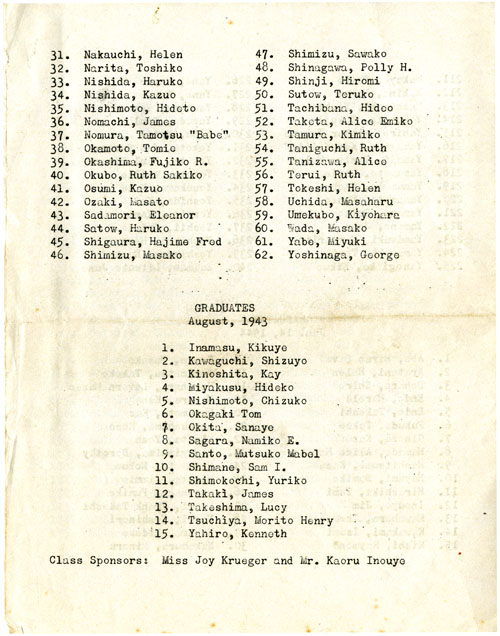 Tom Hide attended school at Heart Mountain and graduated in 1944.

The last remaining barracks at the Heart Mountain Internment Camp (near Powell, Wyoming), 2011 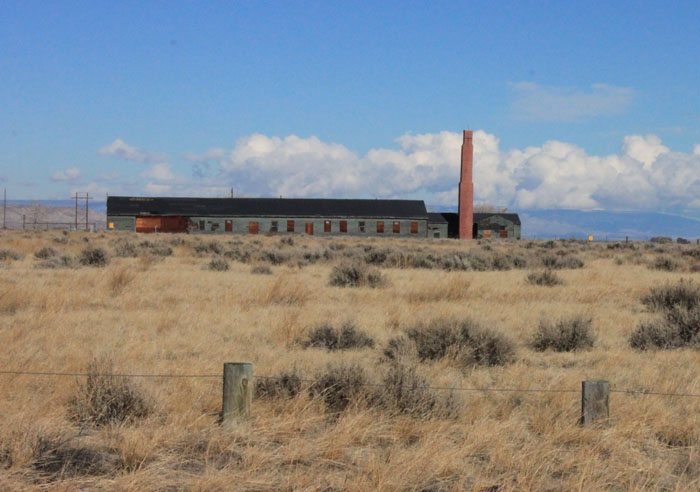 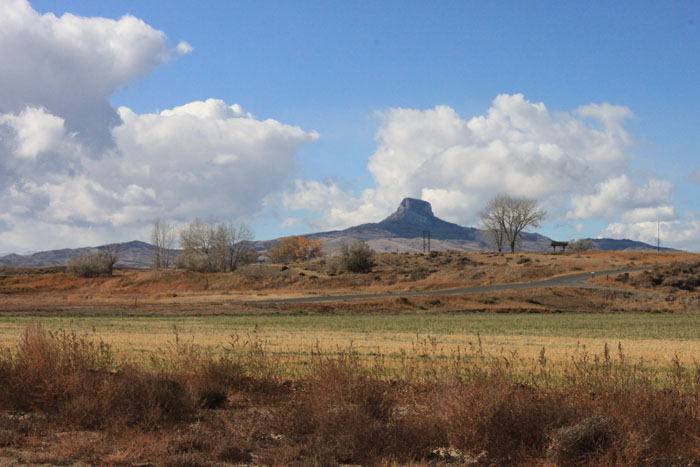 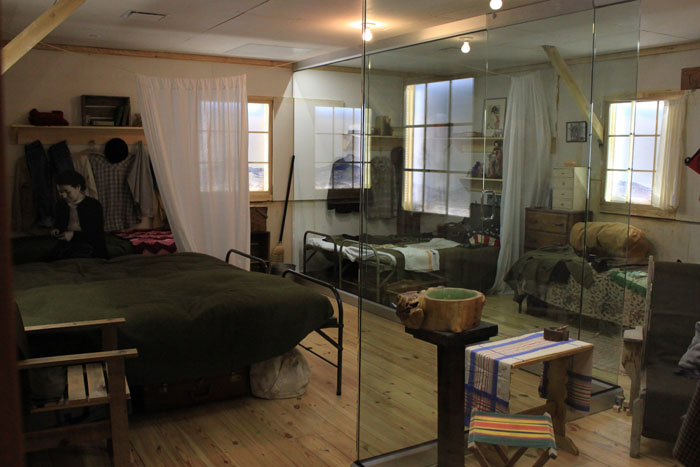 The Heart Mountain Interpretive Center provides visitors with an impression of camp life during the Second World War.