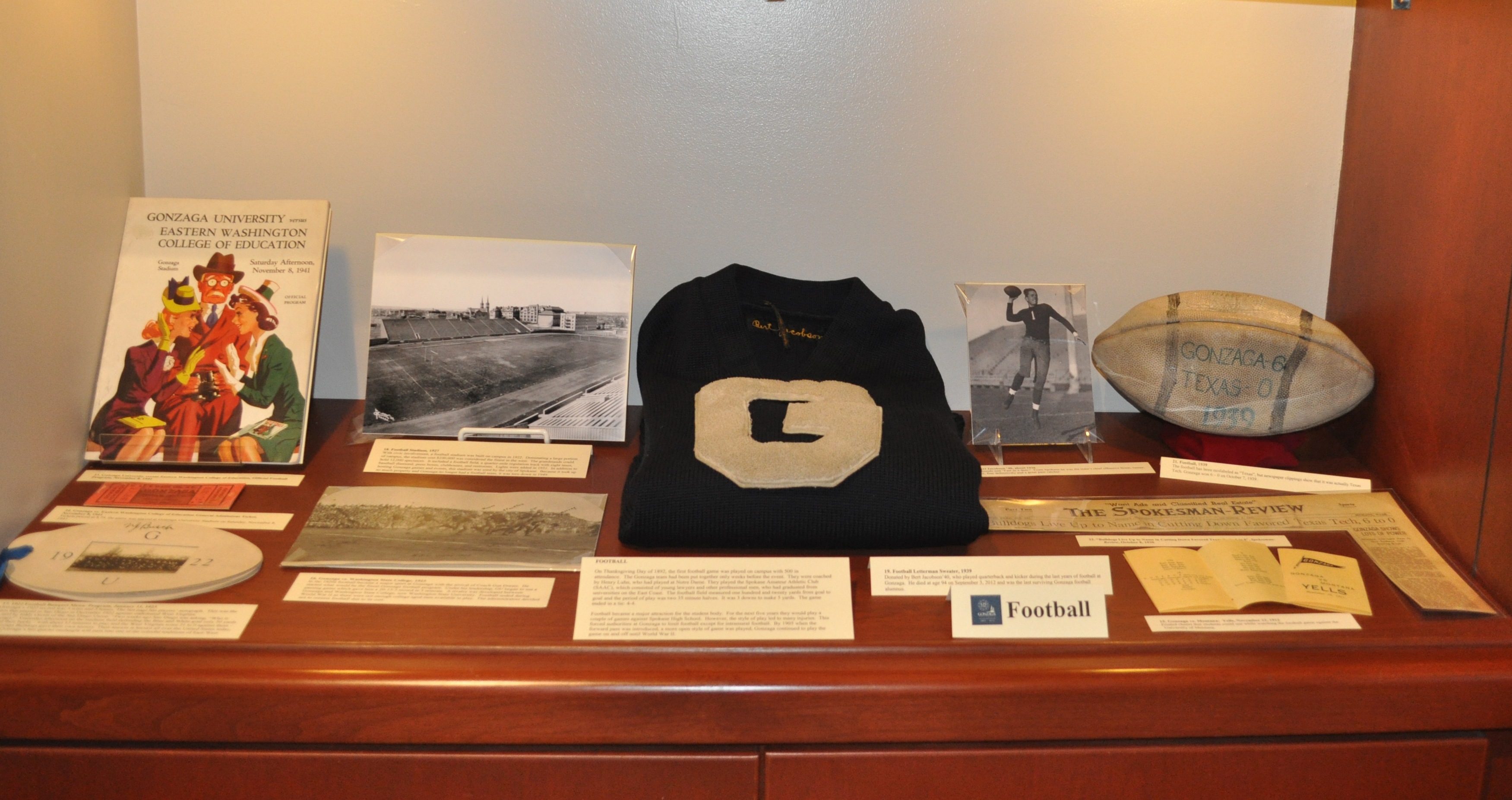 Football became a major attraction for the student body.  For the next five years they would play a couple of games against Spokane High School.  However, the style of play led to many injuries.  This forced authorities at Gonzaga to limit football except for intramural football.  By 1905 when the forward pass was introduced, a more open style of game was played, Gonzaga continued to play the game on and off until World War II. 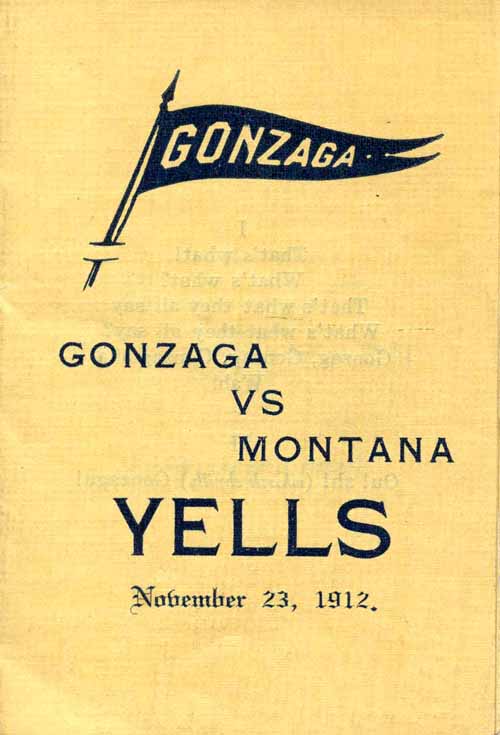 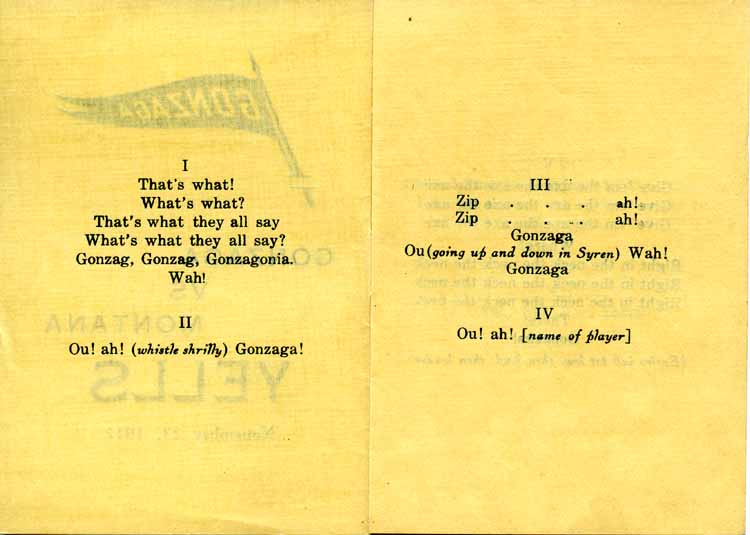 Printed cheers that students could use while watching the football game against the University of Montana. This is an 8 paged booklet. 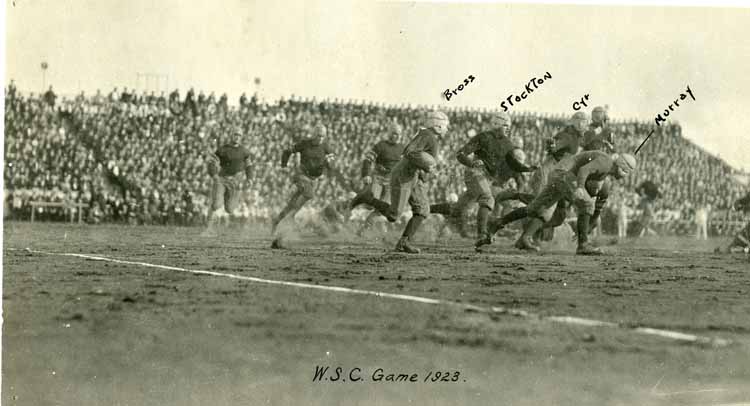 In the 1920s football became a major sport at Gonzaga with the arrival of Coach Gus Dorais. He started what would be the finest Gonzaga football program. Under his leadership, GU began to use a passing game which gave him a 20-13-3 record in 5 seasons. A rivalry was developed between Gonzaga and Washington State College, now Washington State University. Football ended during World War II as there were not enough college aged men available to play. The administrators decided not to resume football due to its cost. 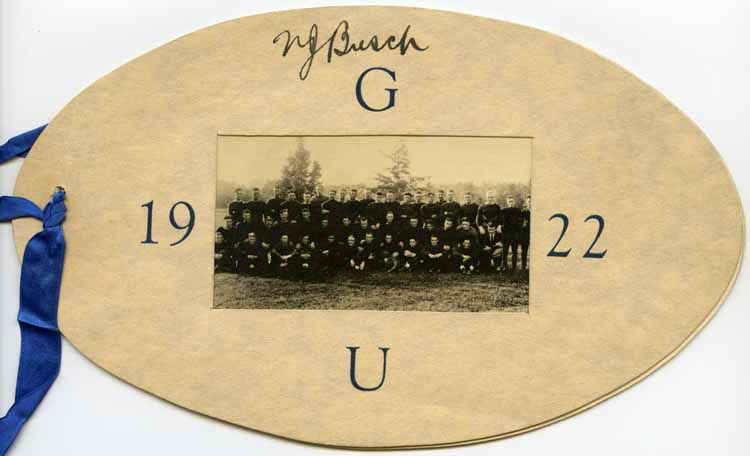 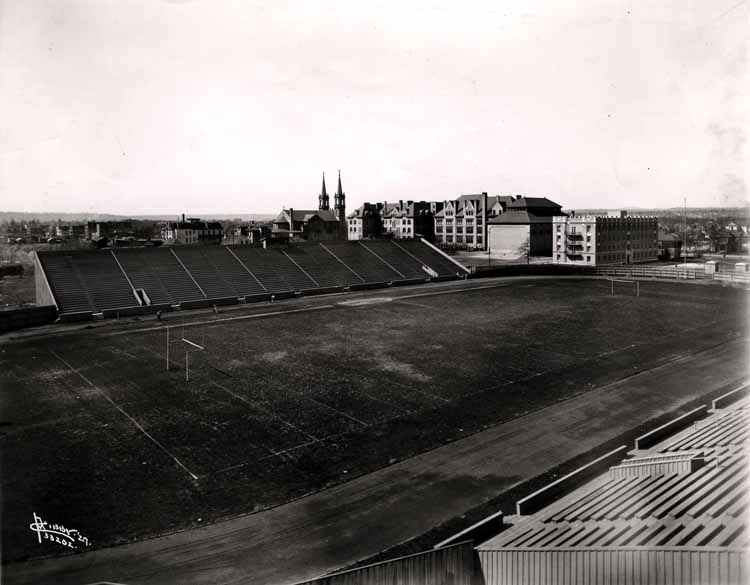 With civic involvement, a football stadium was built on campus in 1922.  Dominating a large portion of campus, the stadium cost $100,000 was considered the finest in the west.  The grandstands could hold 12,000 spectators.  It included a football field, a quarter-mile regulation track with eight lanes, baseball diamond, press boxes, clubhouses, and restrooms.  Lights were added in 1931.  In addition to hosting Gonzaga games and events, this stadium was used by the city of Spokane.  Because it took up so much property and Gonzaga no longer had a football team, it was torn down in 1949. 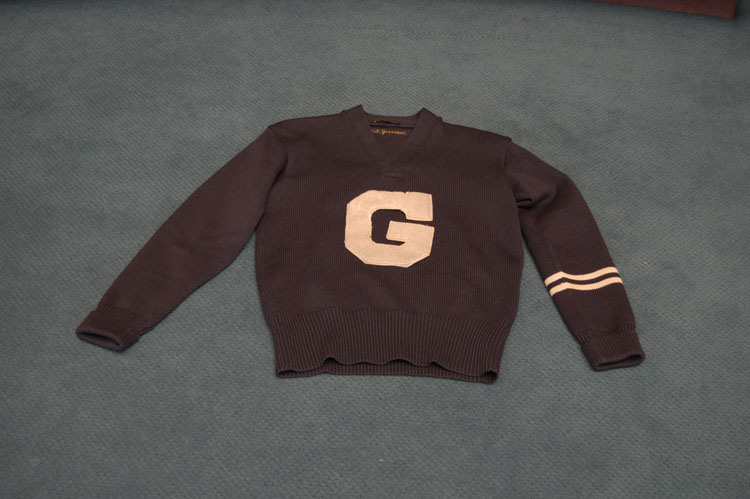 Donated by Bert Jacobson’40, who played quarterback and kicker during the last years of football at Gonzaga.  He died at age 94 on September 3, 2012 and had been the last surviving Gonzaga football alumnus. 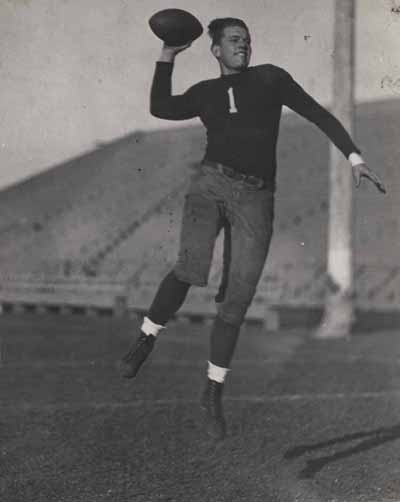 He was 160 pounds and “Fast as a deer".  He was from Spokane he was the team’s chief offensive threat, runner, passer, fine defensively and a great pass catcher. 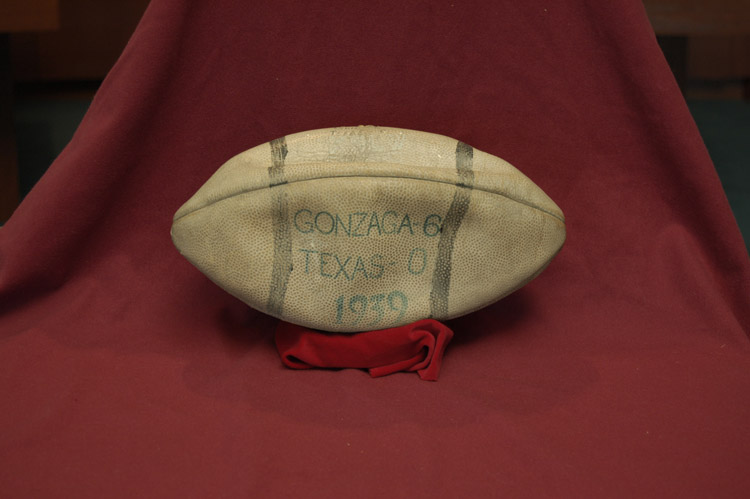 The football has been mislabeled as “Texas”, but newspaper clippings show that it was actually Texas Tech. Gonzaga won 6 – 0 on October 7, 1939. 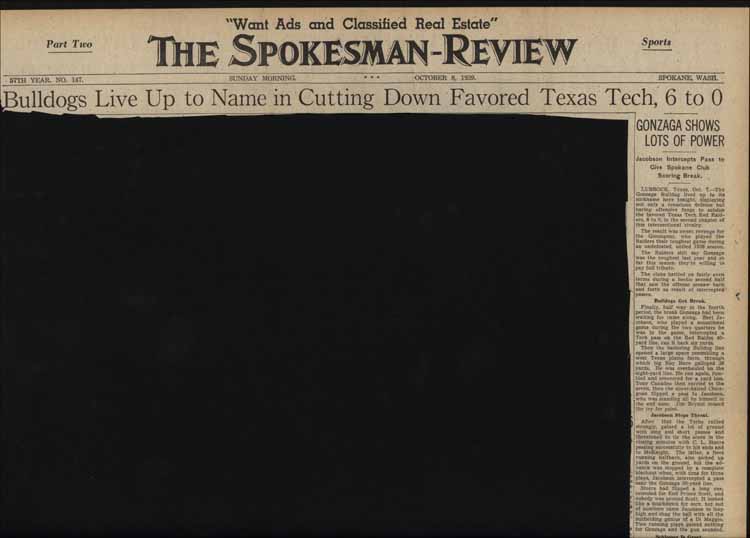 Playing in Lubbock, Texas, the Gonzaga Bulldogs defeated the Texas Tech Red Raiders 6 to 0 in their second annual game.  Looking for revenge after the previous year’s loss, the Bulldogs won with a touchdown half way through the fourth period. 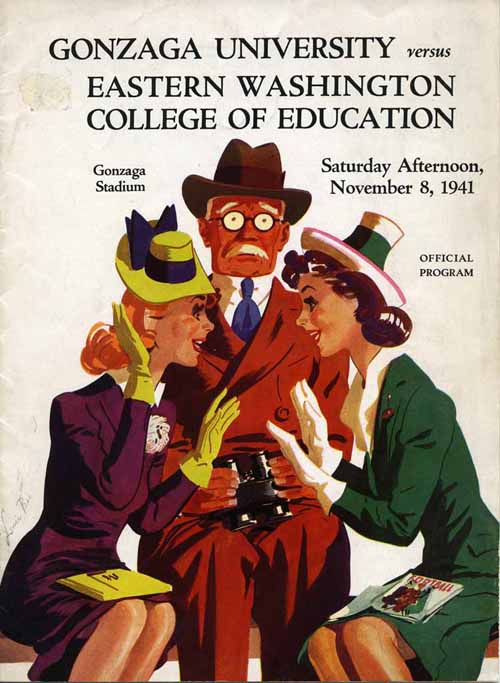 Tickets priced at $.75, the game was played at Gonzaga University Stadium on Saturday, November 8, 1941