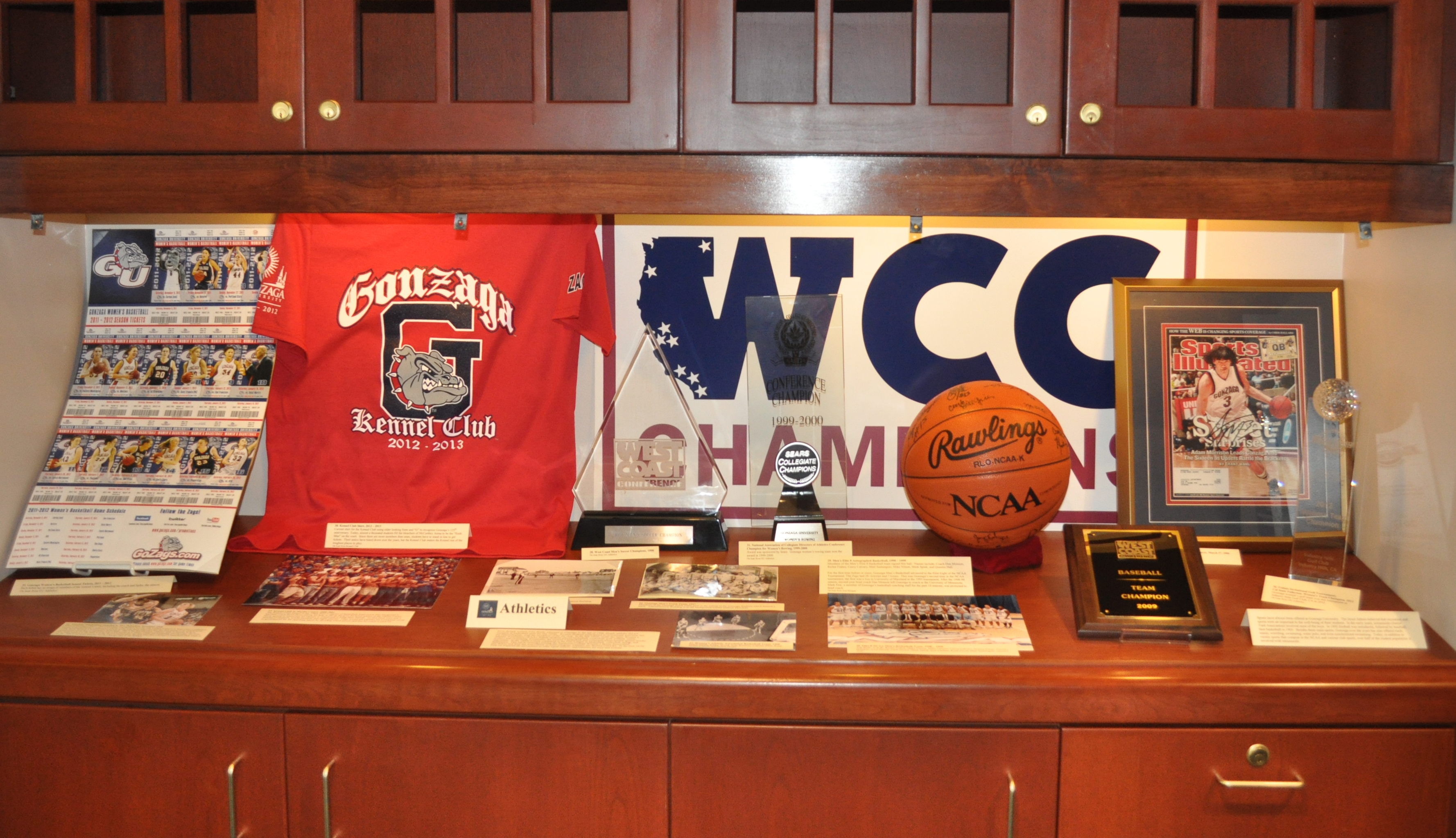 Sports have always been offered at Gonzaga University.  The Jesuit fathers believed that recreation and sports were an important to the well-being of their students.  In the early years, intramurals (Junior Yard Association) involved most of the boys.  In 1892 football was introduced, followed by baseball, then basketball in 1905.  Besides these main sports, Gonzaga over the years has also offered track, tennis, wrestling, swimming, water polo, and even synchronized swimming.  Today, in addition to varsity sports that compete in the NCAA and various club sports, over half of the student population is involved with intramurals. 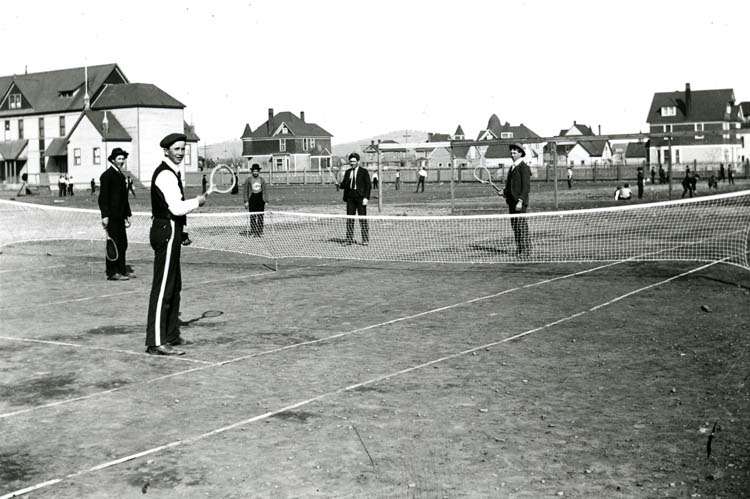 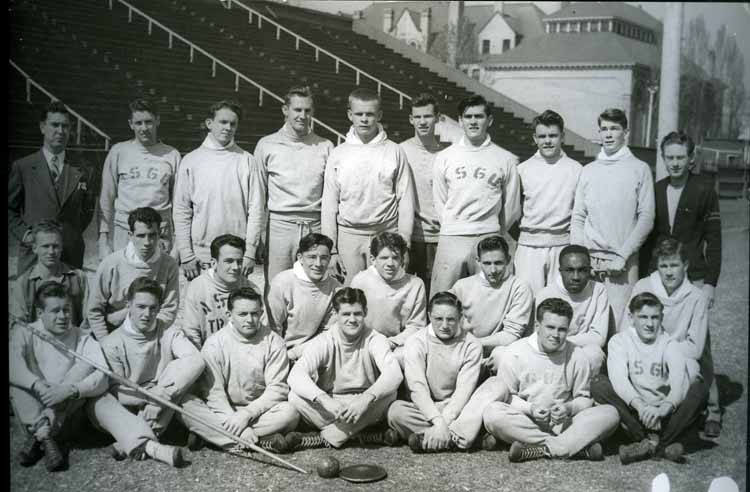 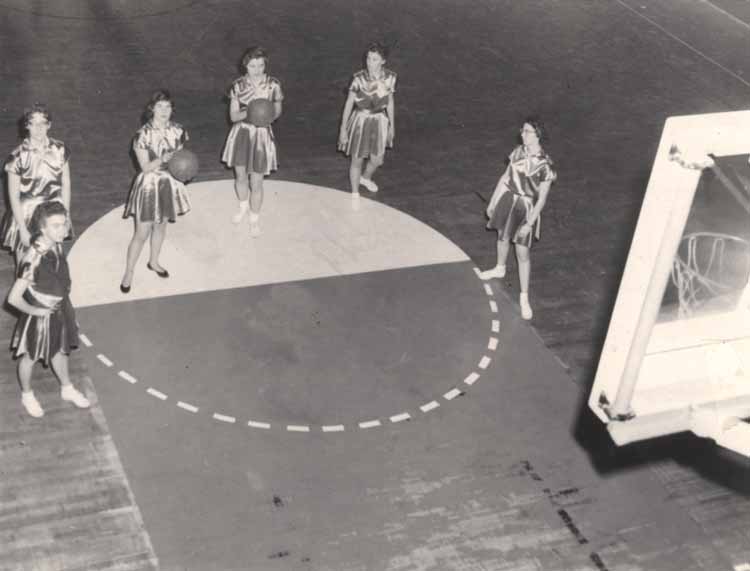 Even though women were finally admitted to Gonzaga in the fall of 1948, female athletes did not compete in basketball until the late 1950s. Women students participated in recreational activities, but not intercollegiate, with the exception of the ski club. In the late 1950s, under the name Women’s Athletic Association (WAA), female students played basketball, volleyball, golf, softball, tennis, archery and swimming. Eventually, the women’s basketball and volleyball teams battled against nearby opponents. In the 1960s women competed in the Pine League in basketball, volleyball, tennis, and badminton. This led to Gonzaga joining the Northwest College Women’s Sports Association (NCWSA) and later the Association of Intercollegiate Athletics for Women (AIAW). In the mid-1970s Title IX required all universities to offer equal athletic opportunities for men and women. 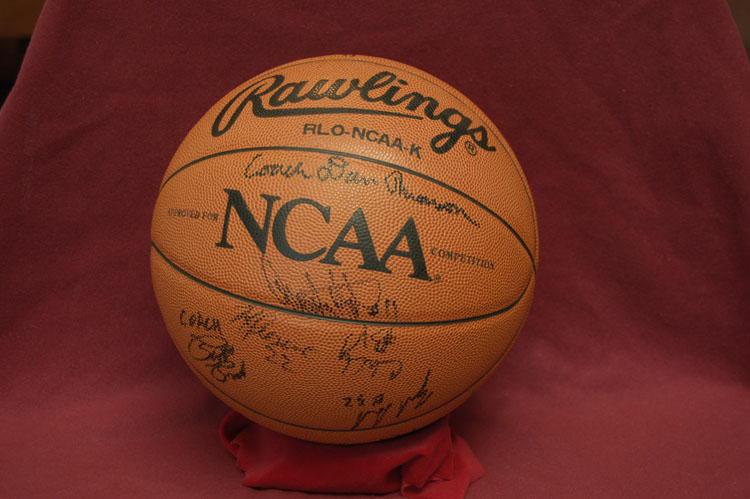 For the first time before or since, Gonzaga Men’s Basketball advanced to the Elite Eight of the NCAA Tournament. The Zags had 28 victories and 7 losses.  This was Gonzaga’s second time in the NCAA tournament; the first was a loss to University of Maryland in the 1995 tournament. After the 1998-99 season, second-year head coach Dan Monson left Gonzaga to coach at the University of Minnesota. Mark Few, a member of Gonzaga’s basketball coaching staff for the past 10 seasons, was promoted to head coach.

On loan from Joel Morgan 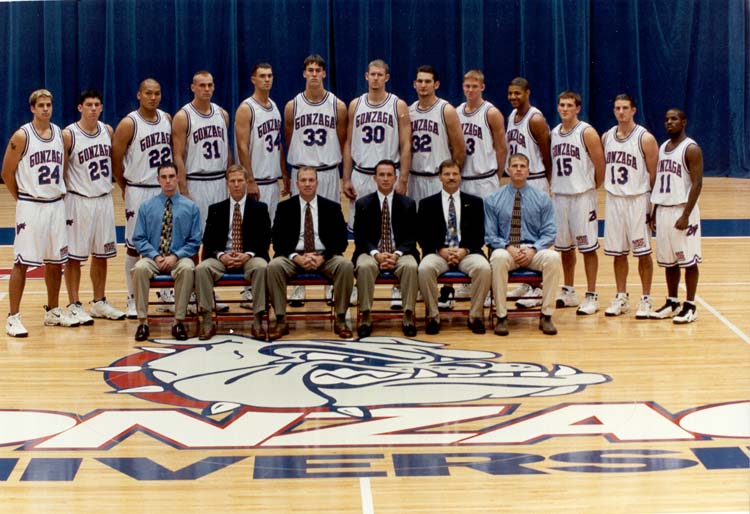 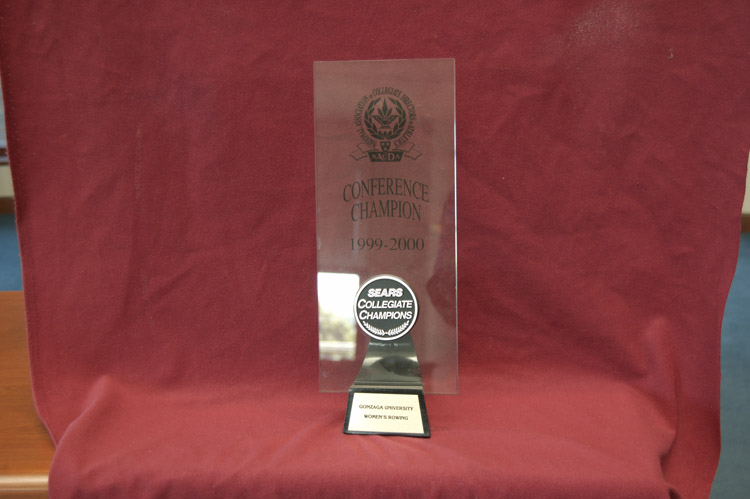 Award was sponsored by Sears.  Gonzaga women’s rowing team won the award in 1999-2000 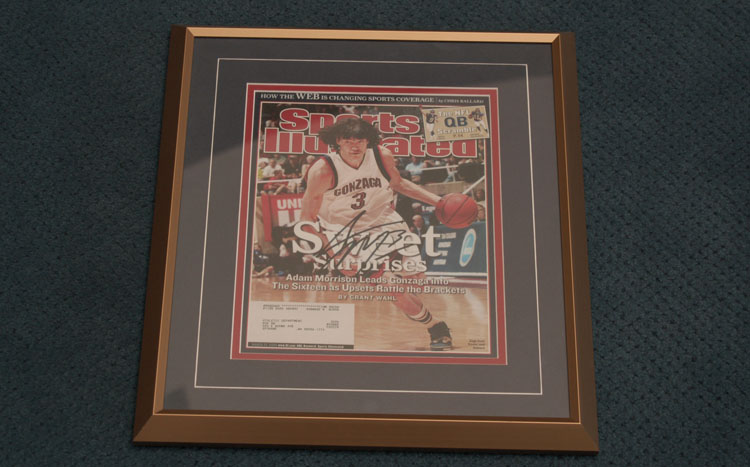 Adam Morrison signature on the cover

On loan from Joel Morgan 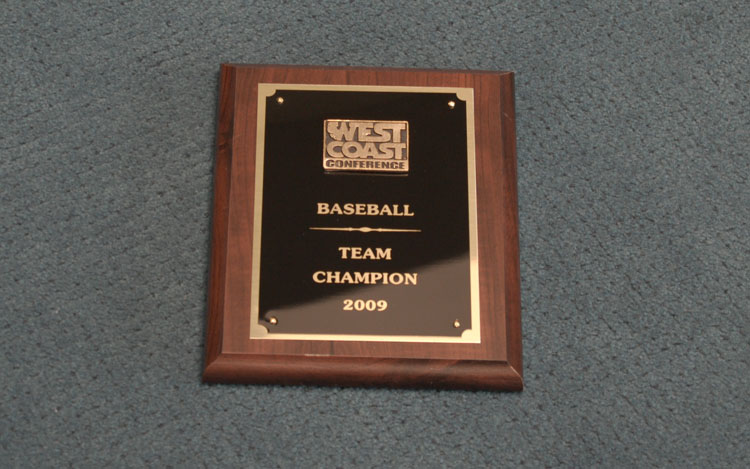 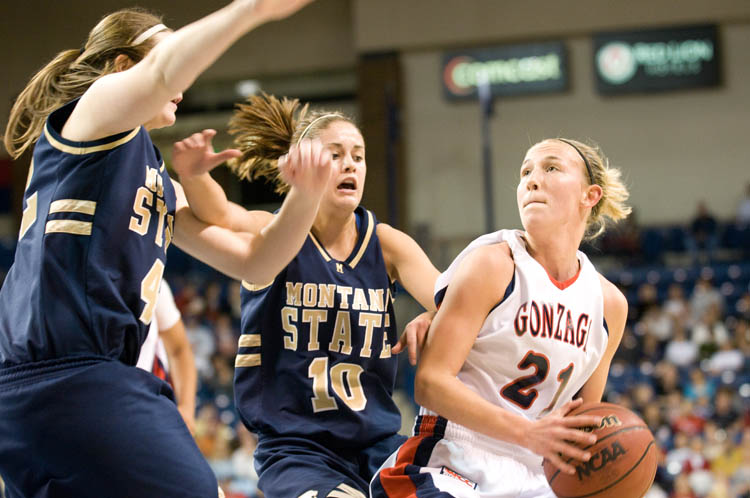 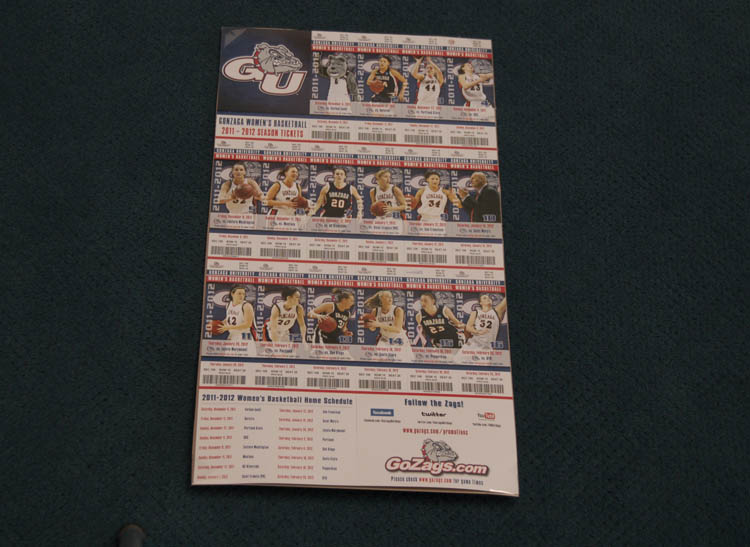 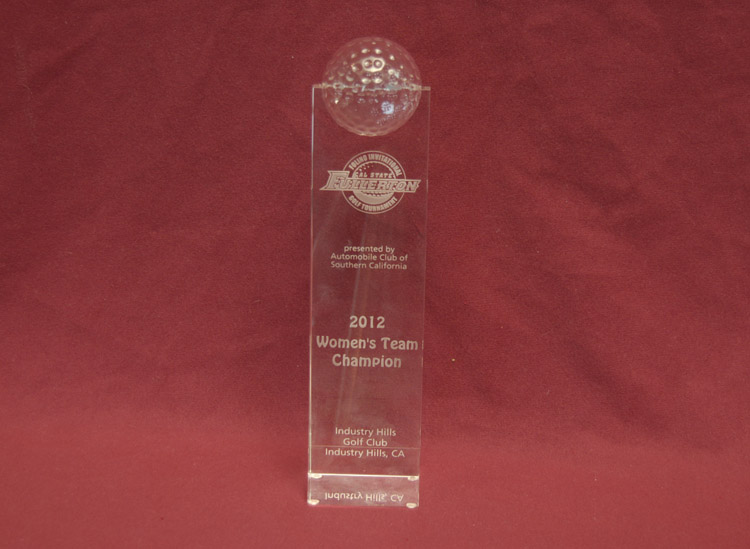 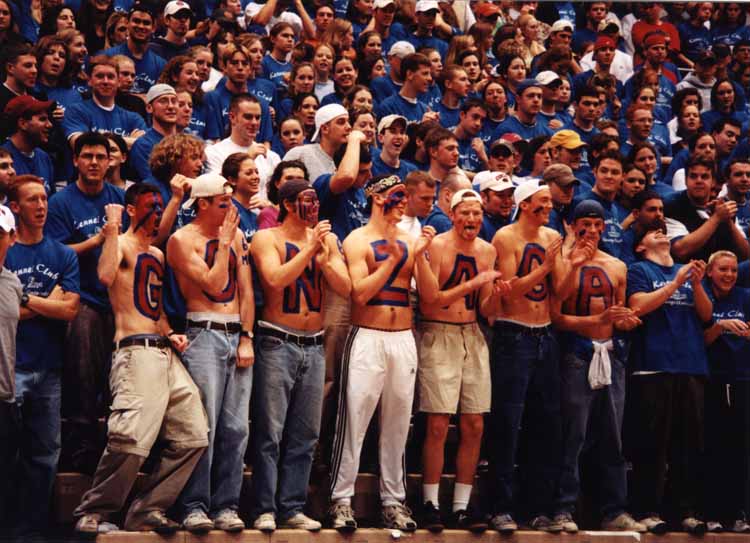 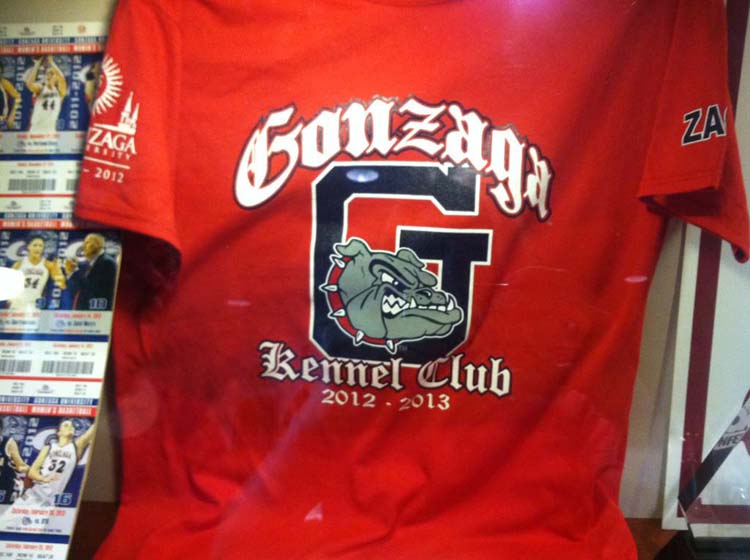 Today, almost a thousand students fill the bleachers of McCarthey Arena to be the “Sixth Man” on the court. Since there are more members than seats, students have to stand in line to get tickets. Their antics have toned down over the years, but the Kennel Club makes the Kennel one of the toughest places to play.

On loan from Kennel Club