During the 19th century, sheet music was initially made by using wooden or metal plates with the music, the information, and cover art permanently inscribed in them. Some of the cover illustrations were on separate wood cuts or lead reliefs that were later integrated into the cover. When printing the cover art, the illustrations were separated into the different colors used. Each color would be produced on a separate plate.

Depending on the publisher's success and the complexity of the art, the color separations could be anywhere from two to seven colors. E.T. Paul, a publisher well-known for his ornate cover art, usually had seven different colors used for their cover illustrations, while other less profitable publishers would restrict their images to two or three colors to limit their expenses. Inscribing the images on the plates was a talent requiring much precision, capability, and experience with the sharp tools used for creating the inscriptions. As a result, cover art became an expensive and time consuming process leading some companies to capitalize on specializing in the art of color lithography. These companies would receive specifications from the publishers about what to put on the cover, and the publisher would finish the printing process by adding advertisements to the music plates.

In the late nineteenth century lithography advanced due to a need for a more efficient means to mass produce sheet music, leading to Photographic lithography. However this lithography is less preferable for intricate artworks because the stone lithograph allowed for finer detail and better reveals the image's color vitality. The most popular sheet music covers from the 1890s to the 1920s truly make apparent these timeless attributes. 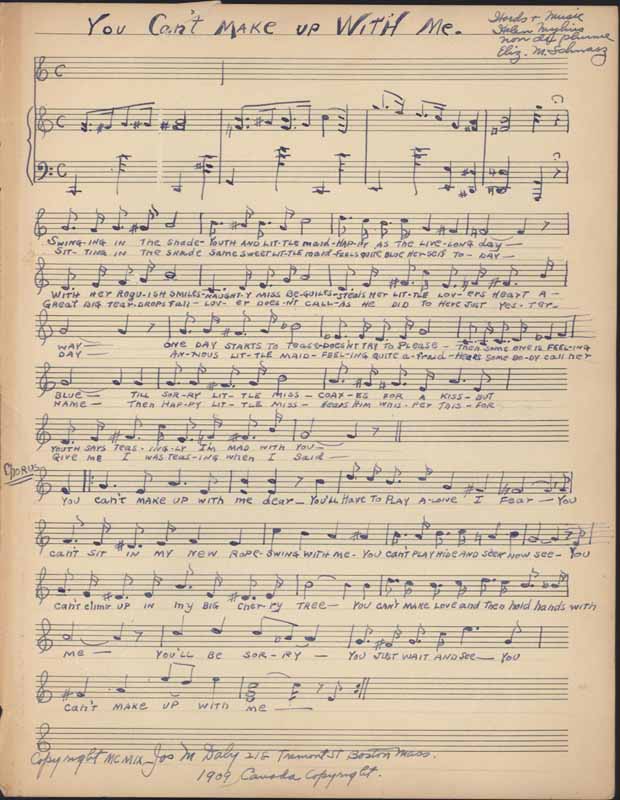 Manuscript draft in ink with piano introduction and melody. 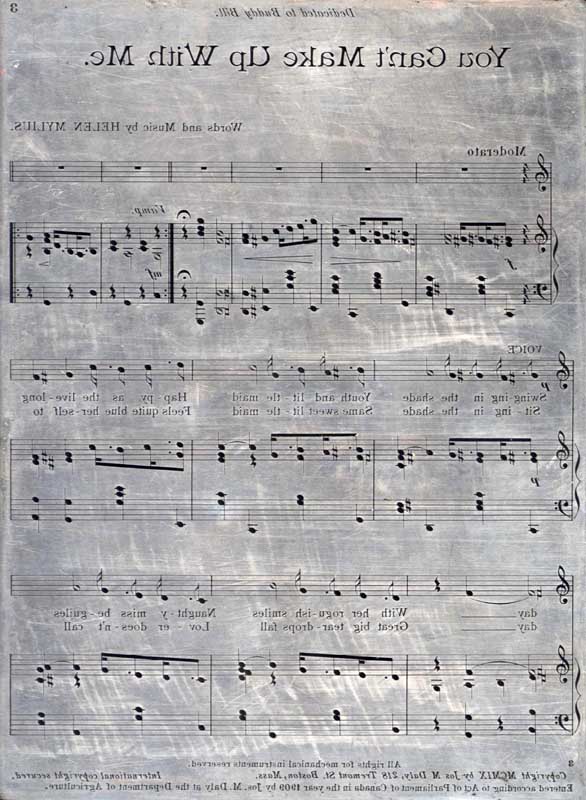 Page 3 of metal plates used to print the sheet music 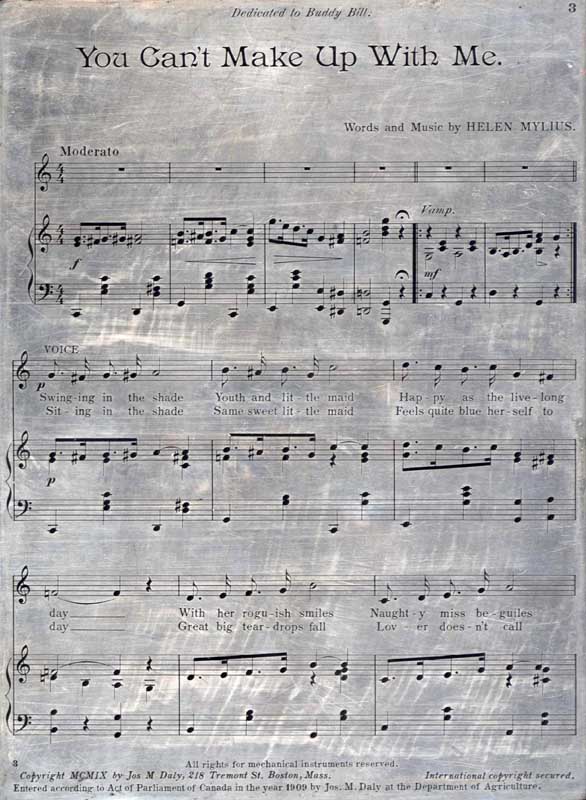 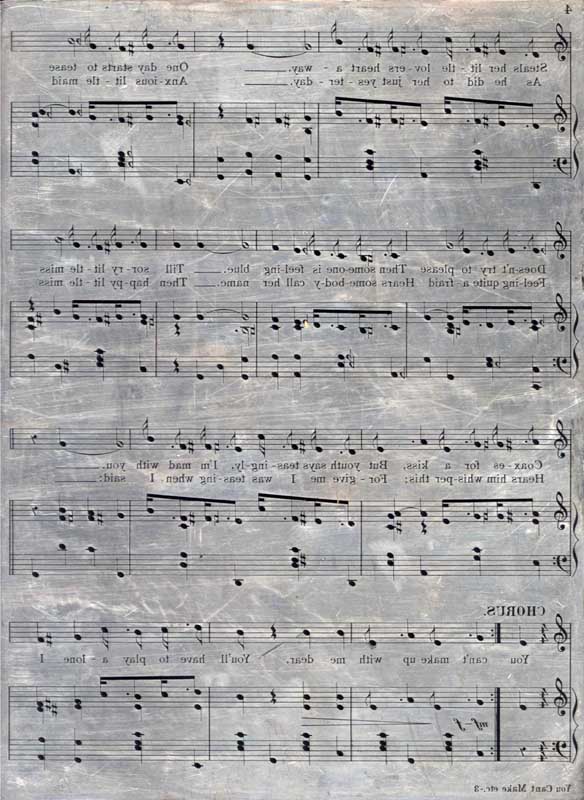 Page 4 of metal plates used to print the sheet music 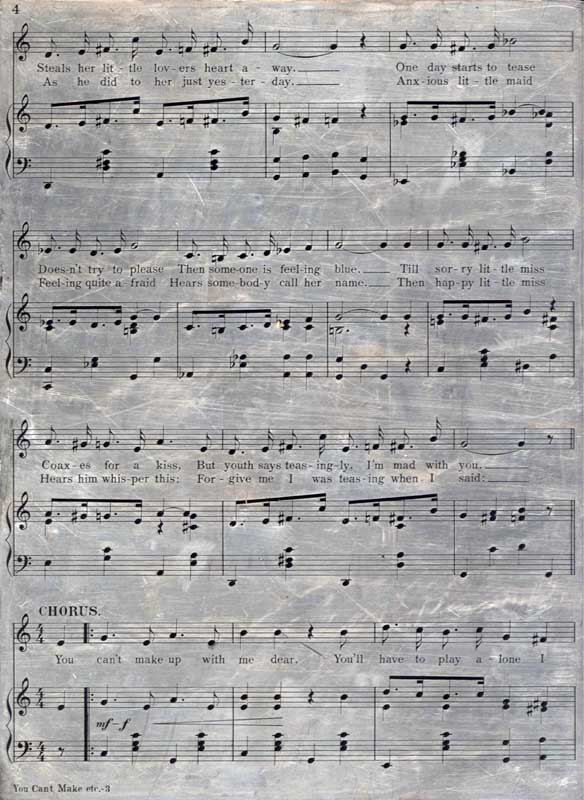 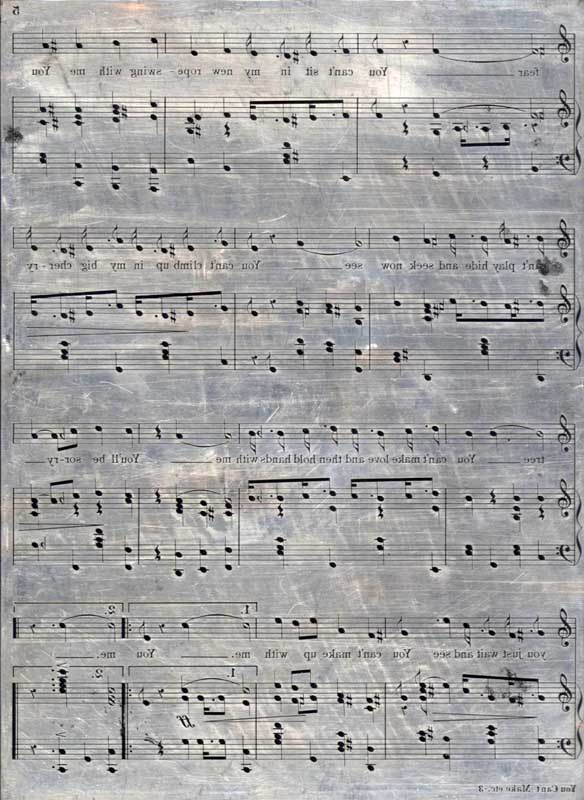 Page 5 of metal plates used to print the sheet music 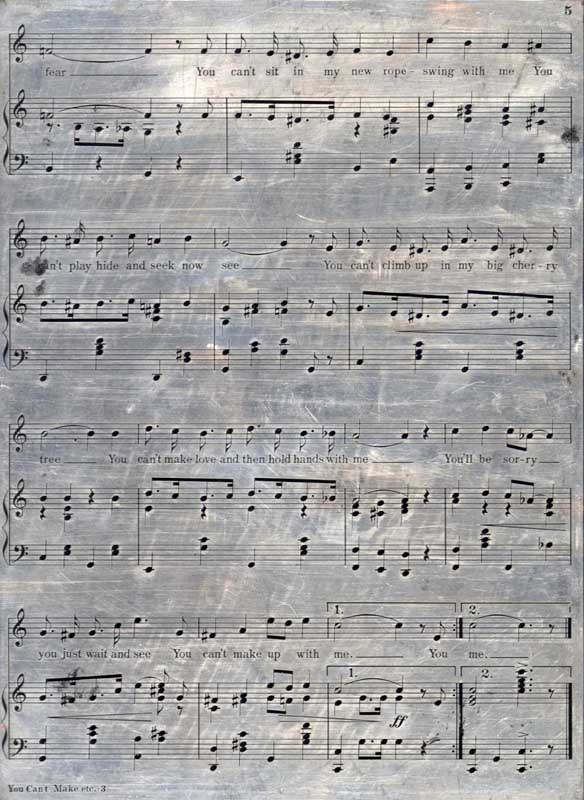 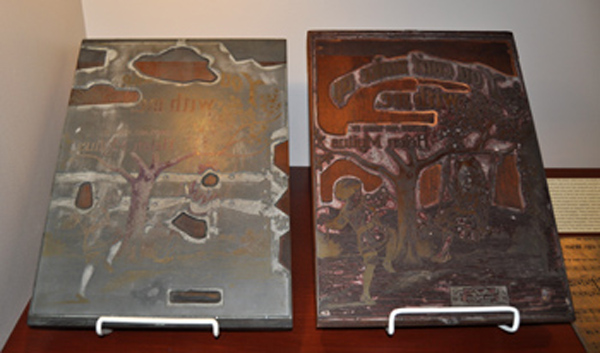 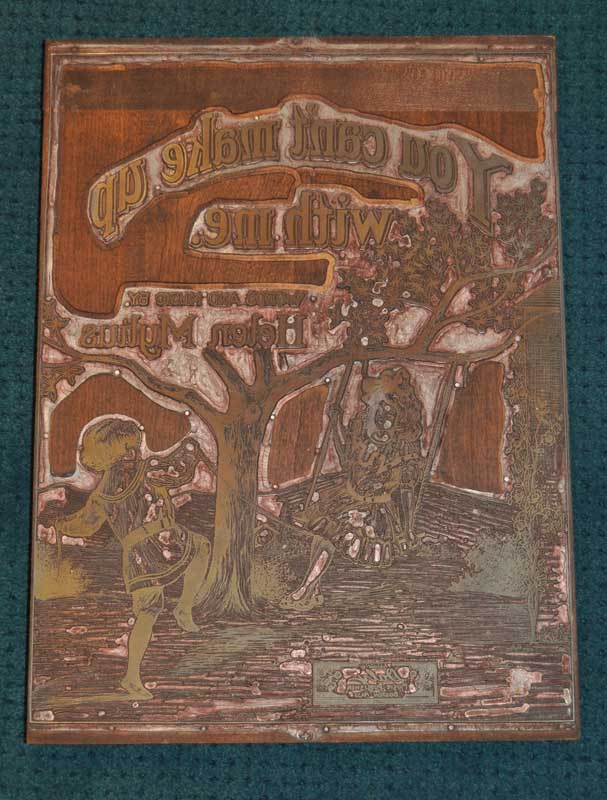 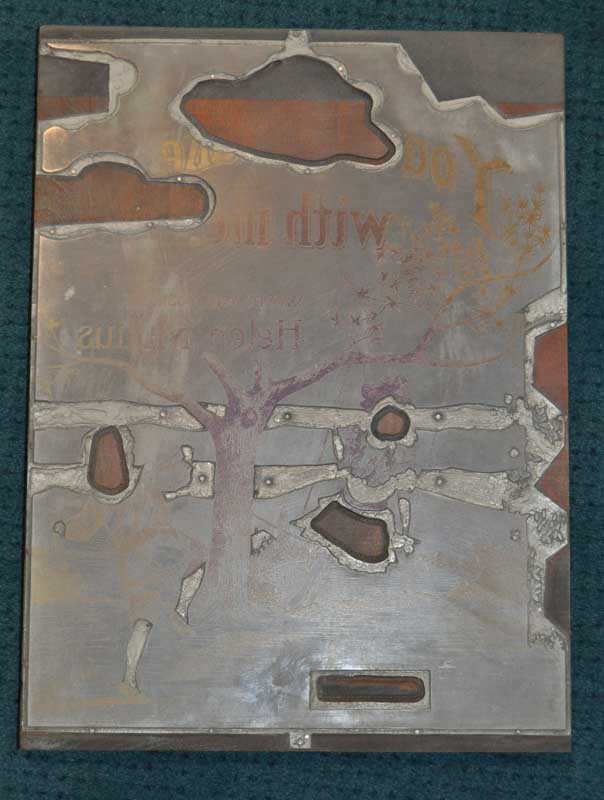