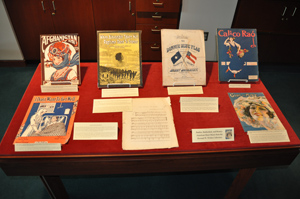 In the late 19th century the sheet music business dominated the music industry in the United States. Parlor music took over the scene as the piano became a part of the middle class home.  This led to a demand for sheet music for home consumption.  The genre that grew out of this demand was called Tin Pan Alley, from the area of New York City where most of the song publishers were located.

Success was measured by the sale of sheet music.  To attract business, sheet music publishers hired artists to make beautiful covers.  During this time, ragtime grew in popularity until 1918, when it was replaced by jazz.  In the early 20th century the phonograph and recorded music grew in popularity and began to replace sheet music.  In the 1920s, radio became the rage and eventually the record industry replaced the sheet music publishers as the prevailing music medium. 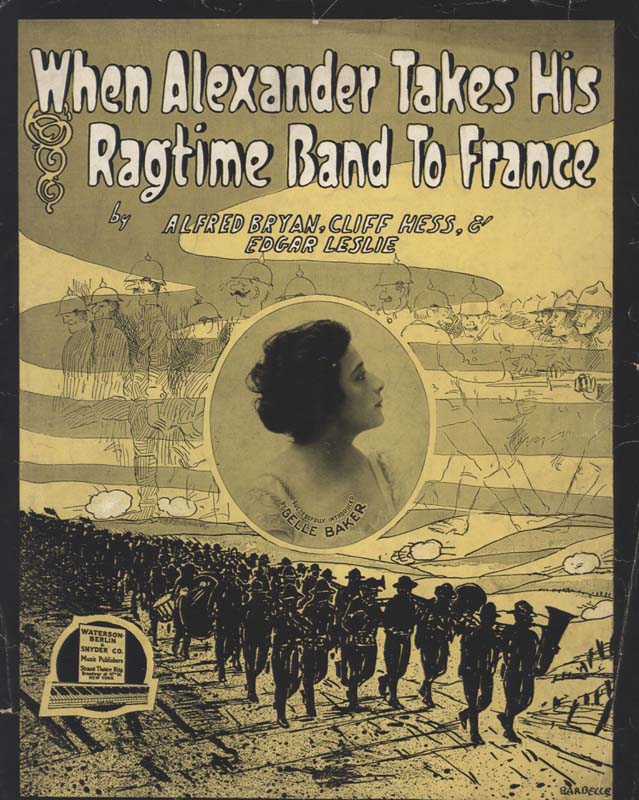 Humorous song from World War I stating that the German soldiers will be put in a trance and begin dancing once they hear the American ragtime tunes. 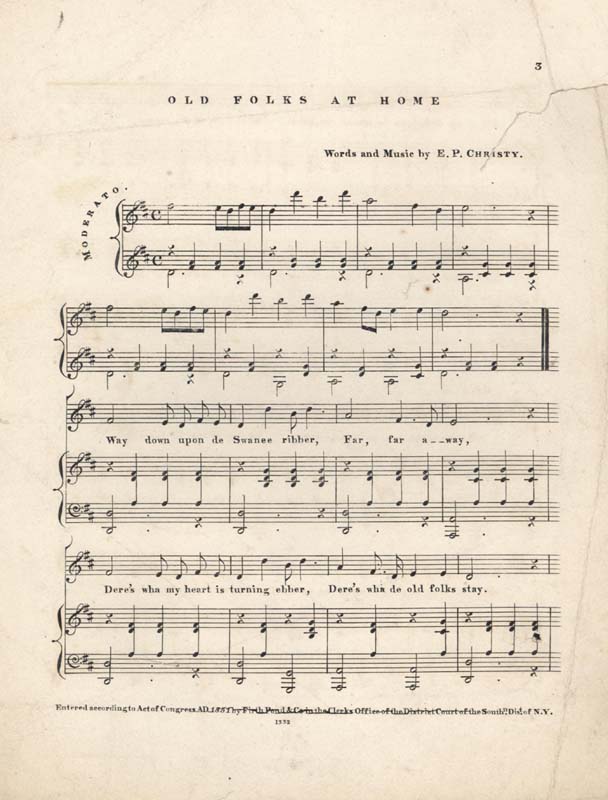 Written by Stephen Foster.  Edwin P. Christy, of “Christy’s Minstrels,” a blackface minstrel troupe, collaborated with Stephen Foster.  Christy paid Foster $15 to have Christy’s name published as the writer and composer on the first editions to the song.  Even 20 years after being first published the editions listed Christy as composer.

Beginning around the 1830s, the blackface minstrel show, one of the most popular forms of nineteenth century entertainment, had white men with blackened features, perform songs, skits, dancing, and variety acts. Minstrel shows drew on commonplace and derogatory/negative stereotypes of African Americans. They encouraged mostly white listeners to think the worst of African Americans, to defuse their threat to white power, and to be amused by the performers' caricatures--caricatures which bore no resemblance to the actual lives of black Americans. These shows - and songs - illustrate how common racial stereotypes were in the United States and how racist attitudes were perpetuated through popular songs and traveling shows. 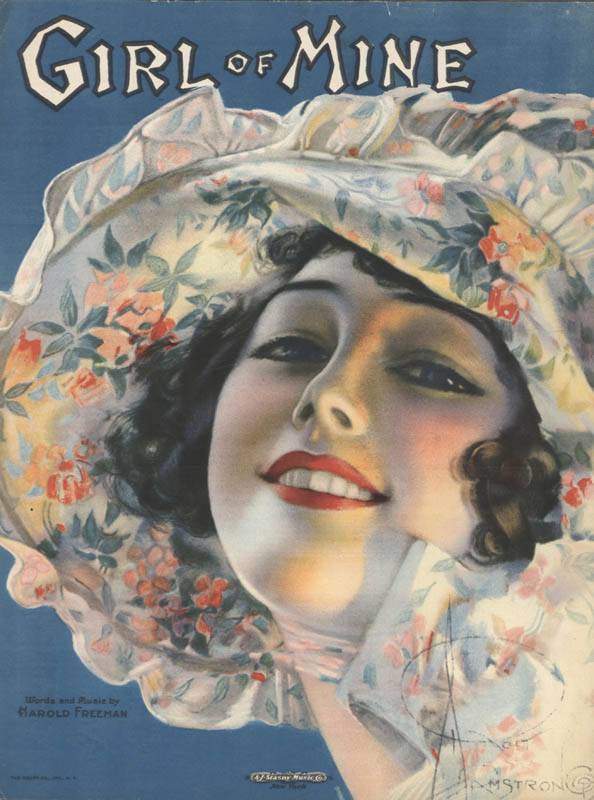 Lyrics state the singer’s love for his ‘girl of mine,’ whom he likens to a rose in a beautiful garden.

Illustrator Rolf Armstrong (1889 – 1960) studied at the School of the Art Institute in Chicago beginning in 1908.  Then he moved to New York.  He also studied in Paris in 1919 at the Academie Julian.  After returning to New York, he began to work on covers for sheet music and magazines.  He was hired by Brown and Bigelow where he painted images for advertising calendar art.  He is known for his Pin-ups painting (artwork of beautiful women intended for informal display).  Armstrong painted portraits of Marion Davies, Greta Garbo, and James Cagney. 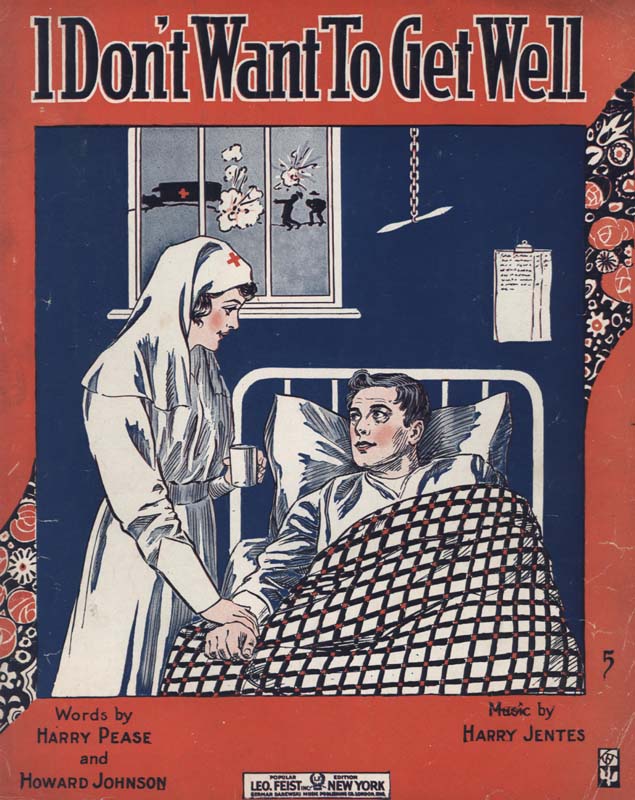 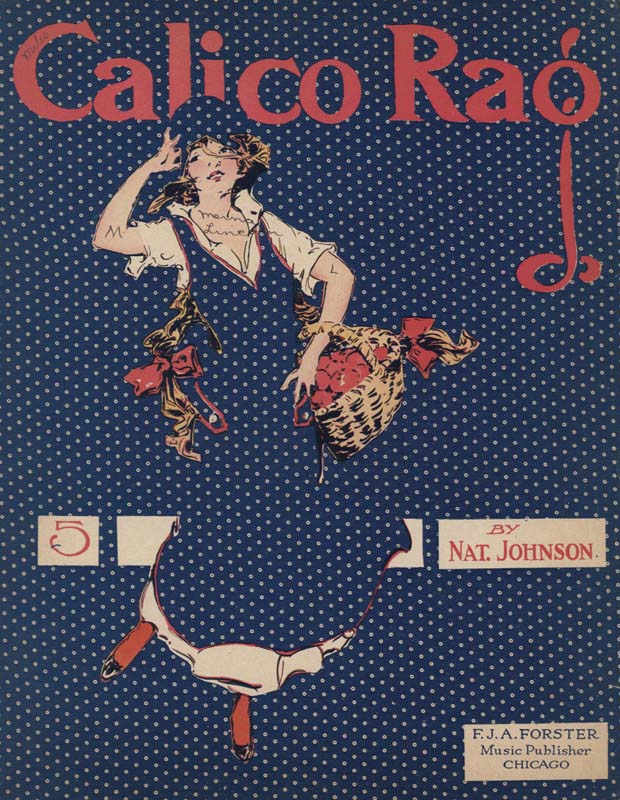 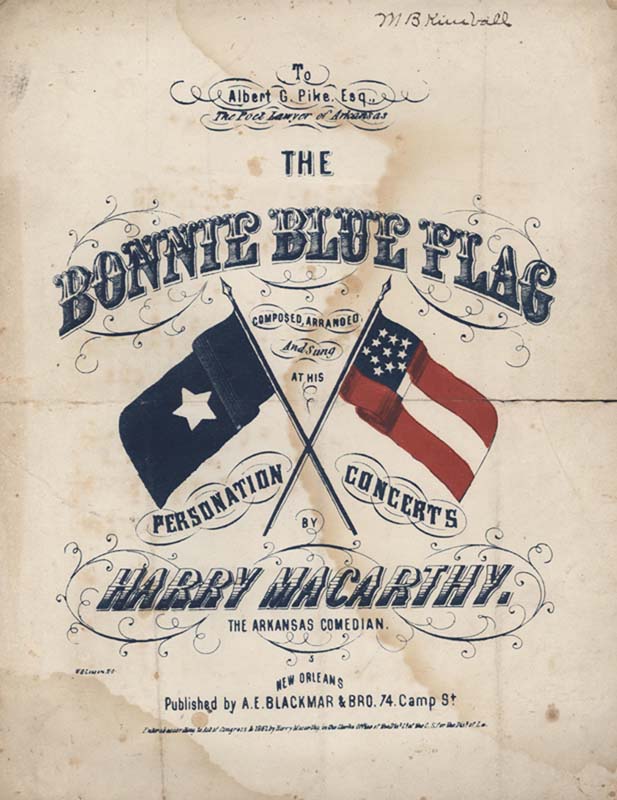 Also known as “We are a Band of Brothers” is an 1861 marching song associated with the Confederate States of America during the American Civil War. The song title refers to the first flag of the Confederacy, the Bonnie Blue Flag.  The songwriter Harry McCarthy or Macarthy was from Ulster, Ireland.  The tune was from “The Irish Jaunting Car.”

This copy has the second line “fighting for our liberty with treasure, blood and toil.”   Another version reads “property” instead of “liberty.” 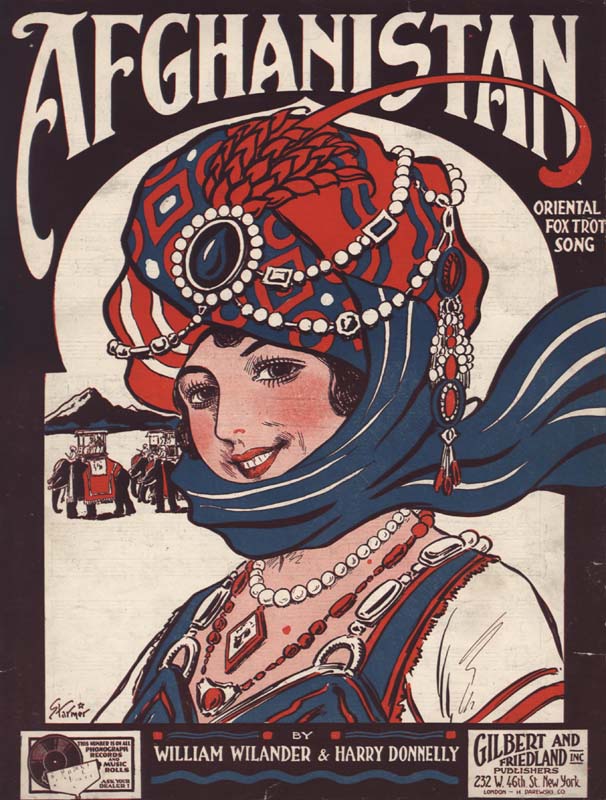 First verse: “In the land of Afghanistan / there is a Hindu maid and a man, / she swore by the stars up above her / that he was the one to love her / but there came another one day, / stole his Hindu maiden away, / Hindu man is lonely and blue / in his dreams he’s calling to her.”