Thinking about Faith and Politics: Three Traditions of Political Philosophy in the Middle Ages : Case 5 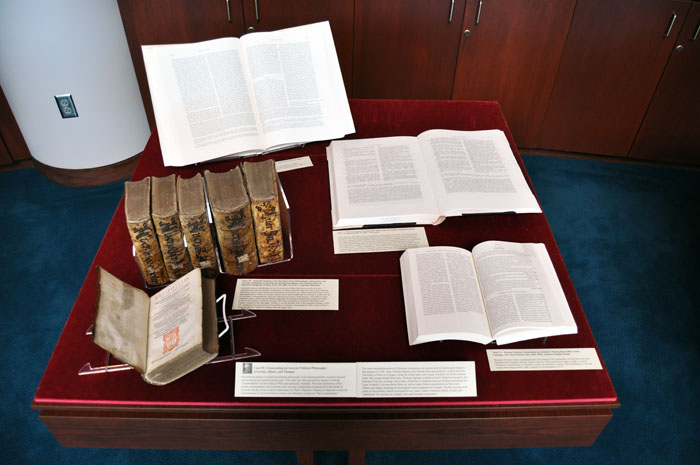 One striking feature of medieval political philosophy is its enduring interest in preserving and explaining ancient political philosophy. This task was often pursued by means of writing “commentaries” on the works of Plato and especially Aristotle. The most impressive of the Arabic commentators was Averroës, who not only commented on almost all of the books of Aristotle but also wrote a brief commentary on Plato’s Republic. Indeed, so impressive were the commentaries of Averroës that he came to be referred to simply as “The Commentator.”

The most remarkable period of Christian commentary on ancient political philosophy began in the summer of 1248, when Albertus Magnus, the German friar and professor, walked from the University of Paris to Cologne, where he would start a new house of studies for the Dominican order. His young student from Italy, Thomas Aquinas, walked with him. Robert Grosseteste, the bishop of Lincoln, working with a team of scholars in England, had just finished translating into Latin Aristotle’s Nicomachean Ethics as well as older Greek commentaries on that work.  Albert soon began lecturing on Grosseteste’s new translation at Cologne. Thomas Aquinas took notes on the lectures, which continued for two years. Albert eventually edited, revised, and “published” his lectures as a lengthy and sophisticated commentary. 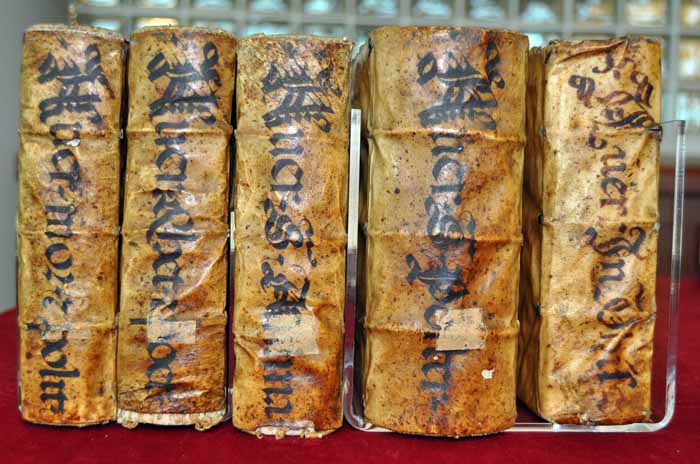 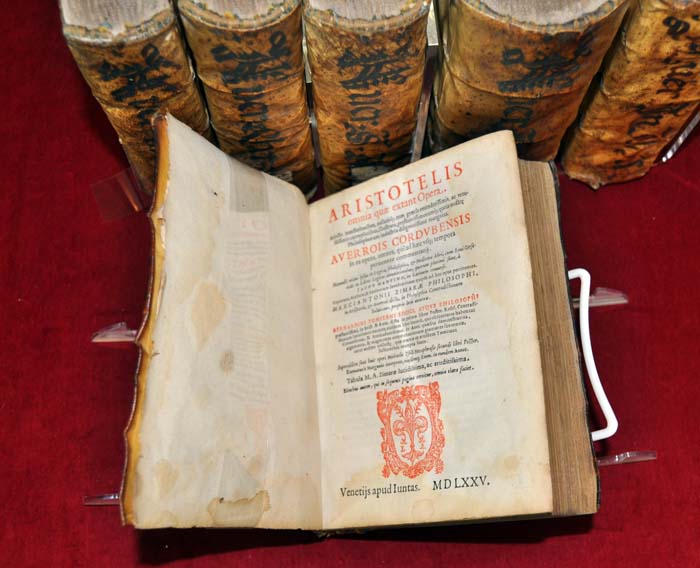 Averroës wrote a commentary on the Nicomachean Ethics that survives only in Latin translation as well as a shorter commentary on Plato’s Republic that survives only in Hebrew translation and in Latin translation based upon the Hebrew one. These Latin translations were first published in Venice in a multi-volume series that included all of Aristotle’s works with all of Averroës’s commentaries. Special Collections at Foley Center holds a 1574 edition of the complete series, which was extremely important for making available the insights of Arabic political philosophy to Western Europe. The first, introductory volume of the series is on display, opened to the title page. Volume 3, on the extreme left of the standing volumes, is the one containing the translations of Averroës on Aristotle’s Nicomachean Ethics and on Plato’s Republic. It is too fragile to display with the pages open. 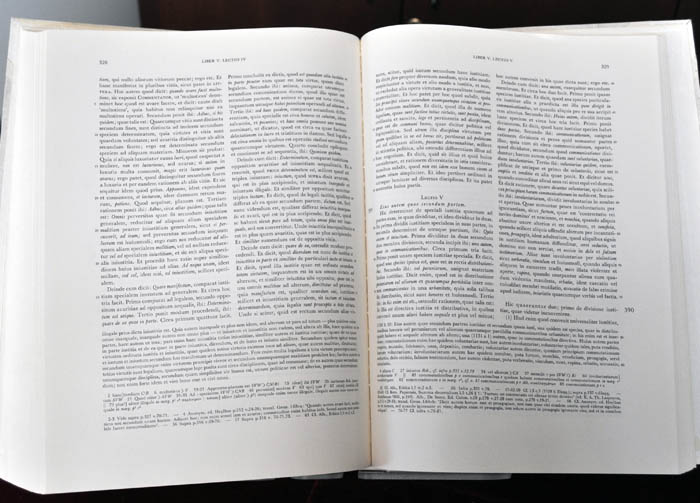 Foley Center’s holdings include the first and only modern, critical edition of Albert’s impressive commentary, which has been called “the best, and by far, of all of the medieval commentaries on the Ethics.” The volume is open to Albert’s remarks on Aristotle’s notion of distributive justice. 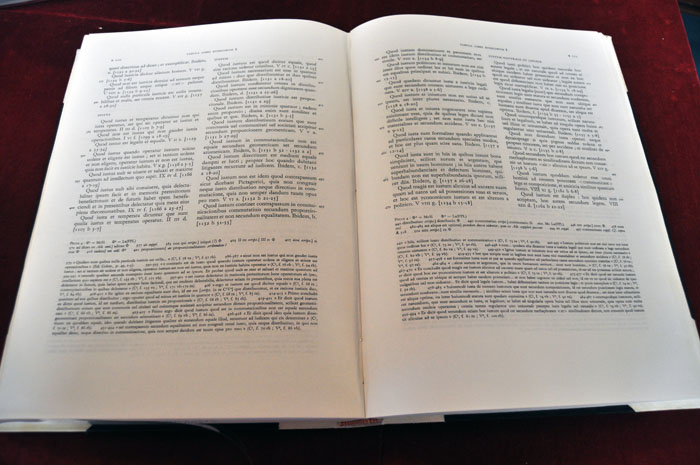 After Pope Leo XIII called for the advancement of the study of the works of Thomas Aquinas throughout the Catholic intellectual world in 1879, a commission was formed to publish all of Thomas’s writings in critical editions. This enormous project is ongoing, but many volumes have appeared; some of the work has been funded by the Knights of Columbus. In the particular volume on exhibit in this case, the Leonine Commission has published a sort of index or concordance to Aristotle’s Ethics and to Albert’s commentary on it. The work is titled Tabula Libri Ethicorum or “Tables on the Books of the Ethics.” It is thought that these tables were compiled under the direction of Thomas Aquinas, perhaps in conjunction with some of his students. The volume is open to the page listing some of the entries pertaining to “the just.” 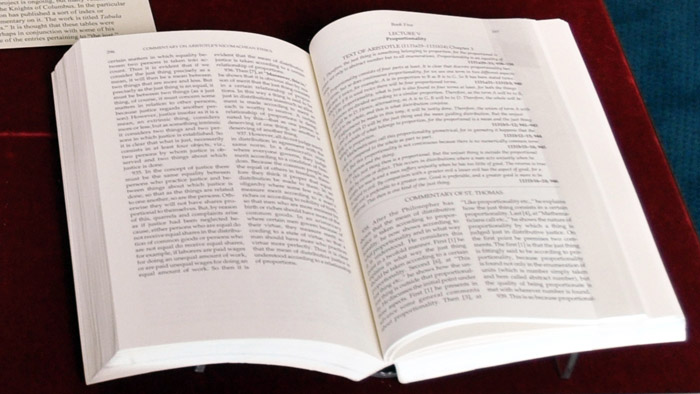 Because Thomas’s fame outstripped that of his teacher, his commentary on the Ethics has been translated into English whereas Albert’s has not. This translation is open to pages on which Thomas is commenting on Aristotle’s notion of distributive justice. The commentary is thought to have been begun about 1268; certainly it was finished by 1273.