Thinking about Faith and Politics: Three Traditions of Political Philosophy in the Middle Ages : Case 1

Case #1: The Origins of Political Philosophy in Ancient Greece

Socrates died in 399 B.C., Plato in about 347 B.C., and Aristotle in 322 B.C.  The writings of Plato and Aristotle would not be published as printed books, however, for over 1800 years. The books on display in this case exhibit some of the more interesting ways in which their works have been preserved in printed form for students. 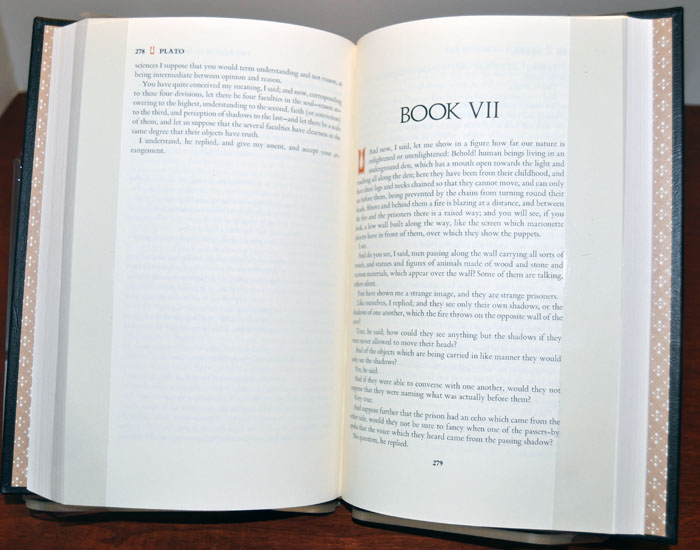 This display edition of Plato’s Republic is open to the famous passage at the beginning of Book VII that is commonly referred to as “the allegory of the cave.” In this “image,” the human city is likened to a dark cave within which chained human beings spend their lives in ignorance unless they are liberated through philosophy. This passage from the Republic may be the most famous piece of philosophy ever written; certainly it is the passage that inspires political philosophers. Many Gonzaga University students study the text in English translation. 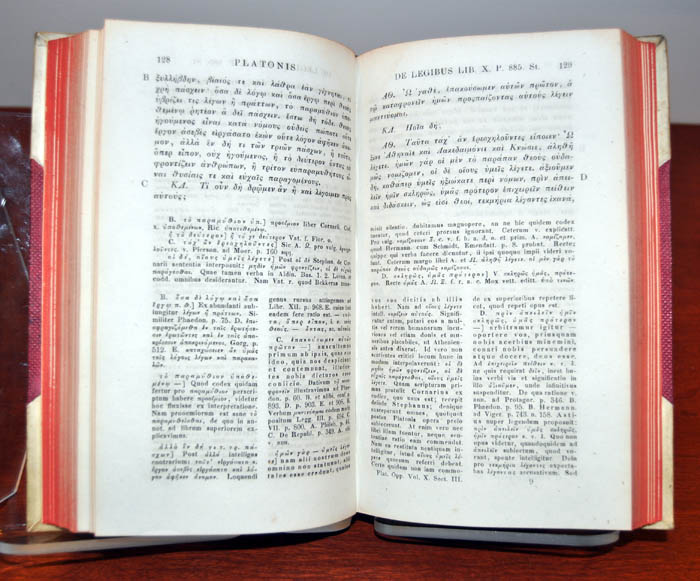 This edition of Plato’s Laws entered the stacks of Foley Center through the library of the now-closed novitiate of the Society of Jesus in Sheridan, Oregon. The text is in its original Greek with explanatory notes in Latin, since the intended readers would have known the latter language better than the former. 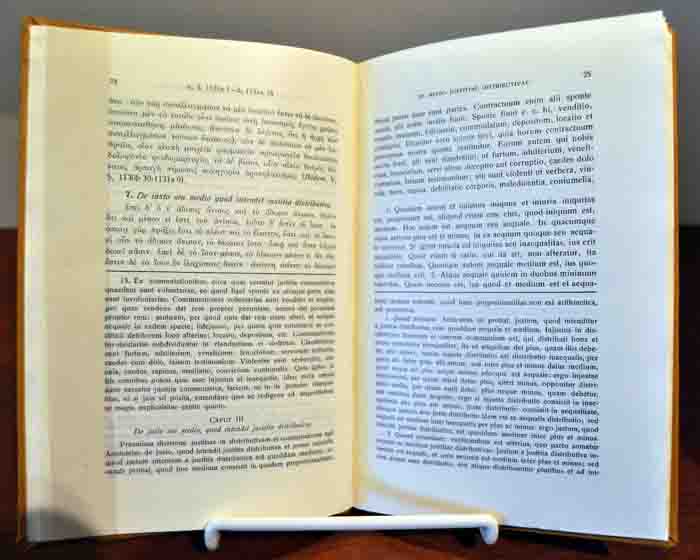 This is an intriguing edition of Book V only of Aristotle’s Nicomachean Ethics. It was published by the Pontifical Gregorian University in Rome for use in training young Jesuits. The text features Aristotle’s Greek text and a Latin translation on opposing pages, with extensive Latin notes compiled by the Jesuit Silvestri Mauri at the bottom. The book entered the Foley Center stacks through the library of St. Michael’s Institute, the former scholasticate of the Oregon Province of the Society of Jesus. The volume is open to Aristotle’s discussion of distributive justice. 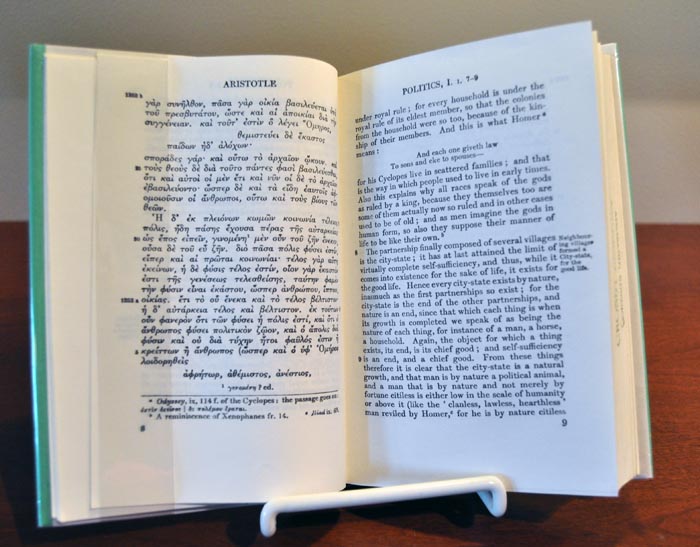 A great many American students over the past three-quarters of a century have been introduced to the study of the ancient texts of political philosophy through the Loeb Classical Series of Harvard University Press. This volume of that series is the one containing Aristotle’s Politics. Like all volumes in the series, it features the Greek text with an English translation on facing pages. The volume is open to the part of the text in which Aristotle is arguing that human beings are “by nature political animals.”