Thinking about Faith and Politics: Three Traditions of Political Philosophy in the Middle Ages : Case 2

Case #2: The Texts of the Three Religions that Encountered Political Philosophy in the Medieval Period 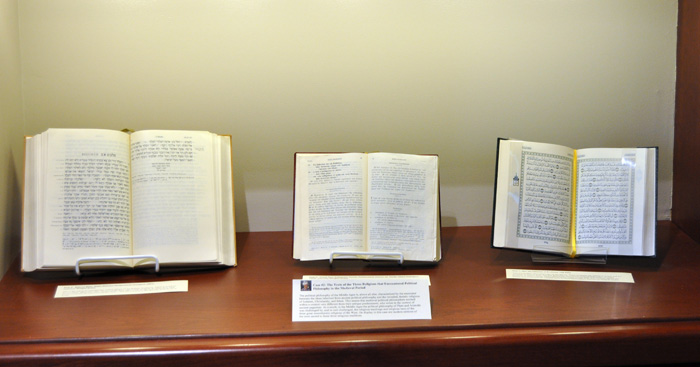 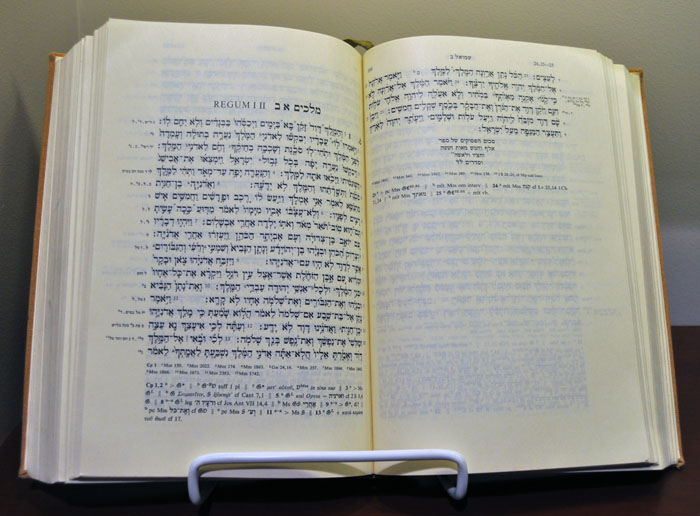 This is the standard contemporary critical edition of the Hebrew Scriptures, which is based on the so-called “Masoretic” text. The text reads from right to left, so the book opens from what would commonly be referred to as the “back.” The text is turned to the opening of the Book of Kings. 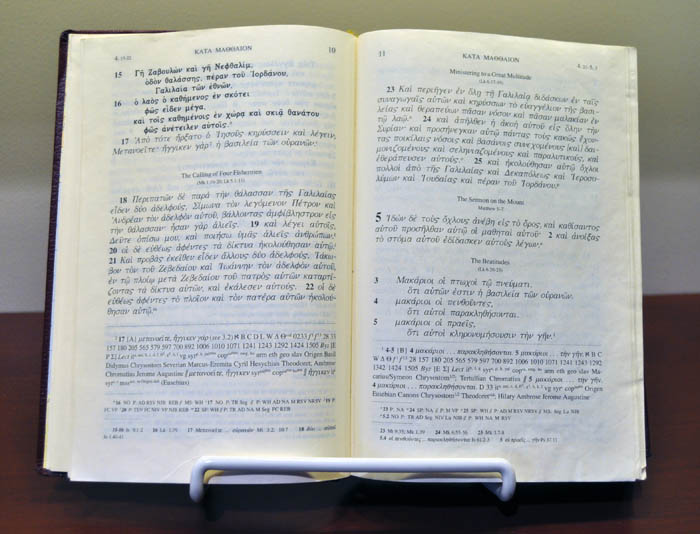 This is the standard contemporary critical edition of the Greek New Testament. It is open to the beginning of the “Sermon on the Mount” in Matthew’s Gospel, which is a part of the Scriptures that Christian medieval philosophers were forced to consider carefully because of its challenging political implications. 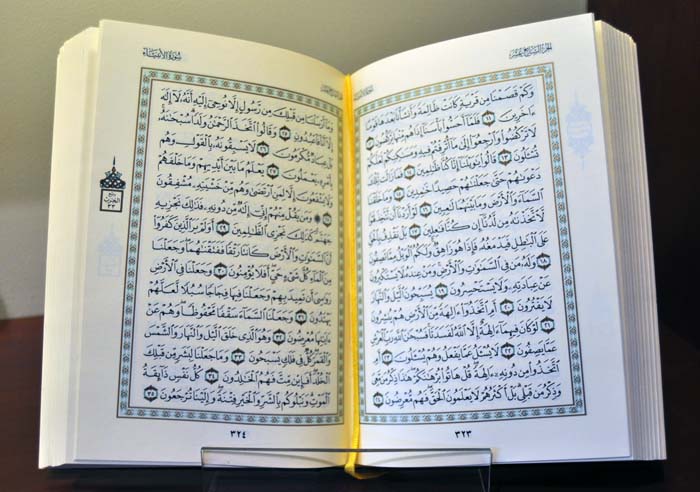