Commercializing the Bible in Reformation-Era Germany

Commercializing the Bible in Reformation-Era Germany 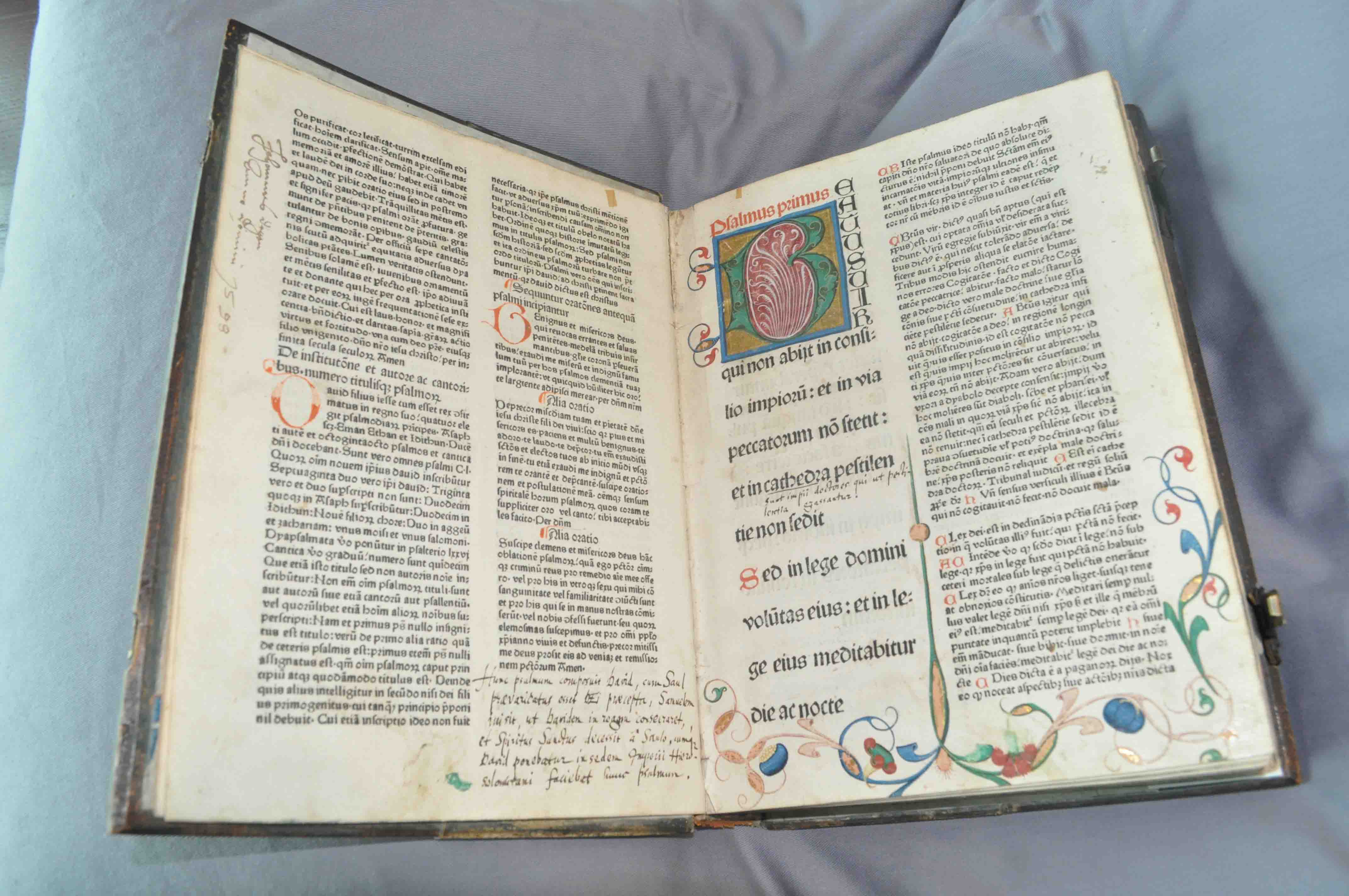 Welcome to the dawn of printing. Gonzaga’s University Archives and Special Collections (UASC) houses hundreds of rare books dating back as early as the fifteenth century. The collection is invaluable to Gonzaga’s heritage and stands as the culmination of centuries of Jesuit libraries distilled into the vault in Foley’s third floor. In this exhibit, history major Jonathan Hayes has prepared a chronological tour from the first printed books through the seventeenth century.

We begin with Gutenberg’s famous first printed work: the 42-line Bible. The onset of the Reformation in the following century ensured that the German-speaking lands of the Holy Roman Empire would find Bibles and biblical commentaries inseparable from the destiny of the budding German print industry. The seventeenth century concludes this movement, marking the transition towards the cheap methods of production and individual readership, which we take for granted today. Taking this single genre of print allows us to explore the material changes which developed over the centuries as printers devolved their texts further from sacred artistry towards cheap and functional products. Come behold the decline of bookmaking from treasured artform to consumer product. 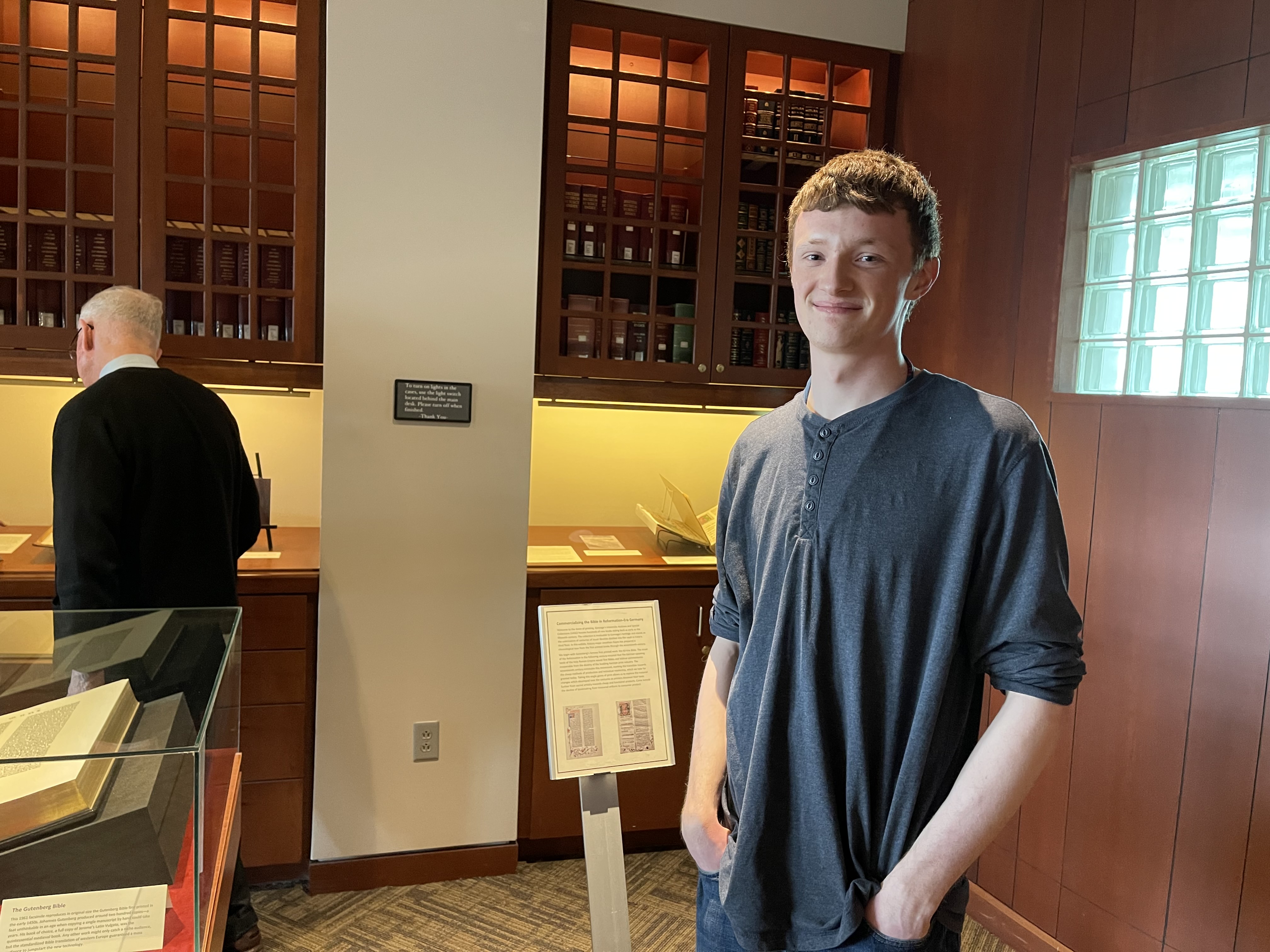