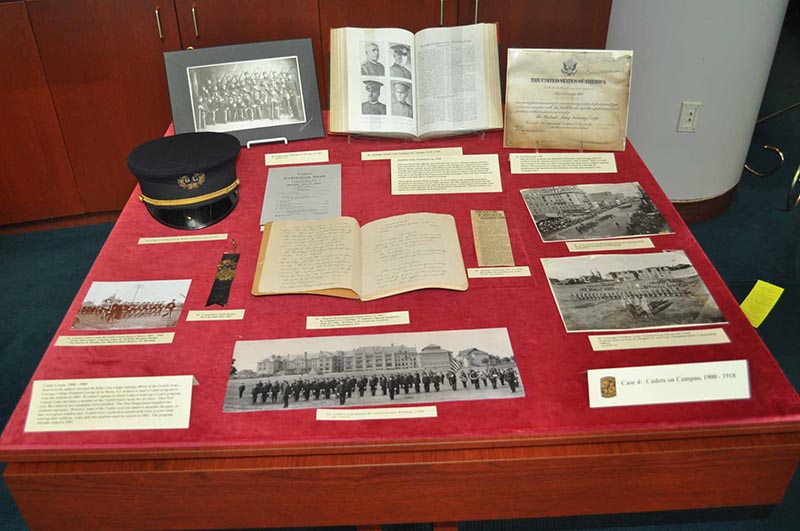 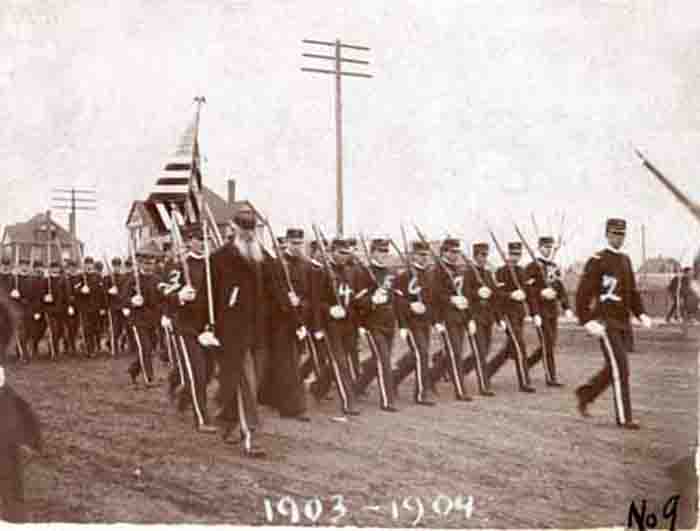 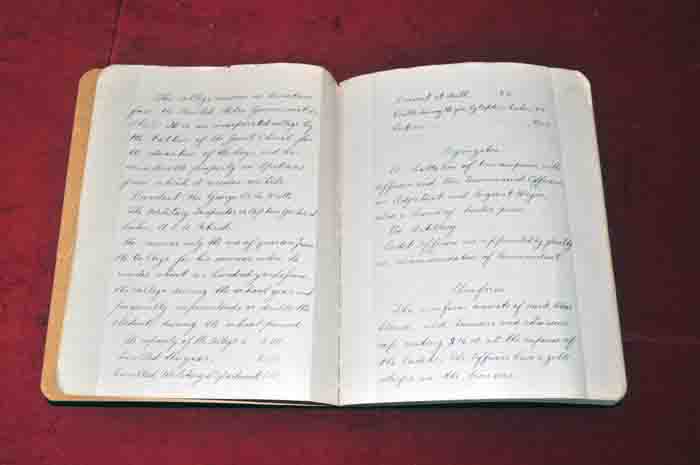 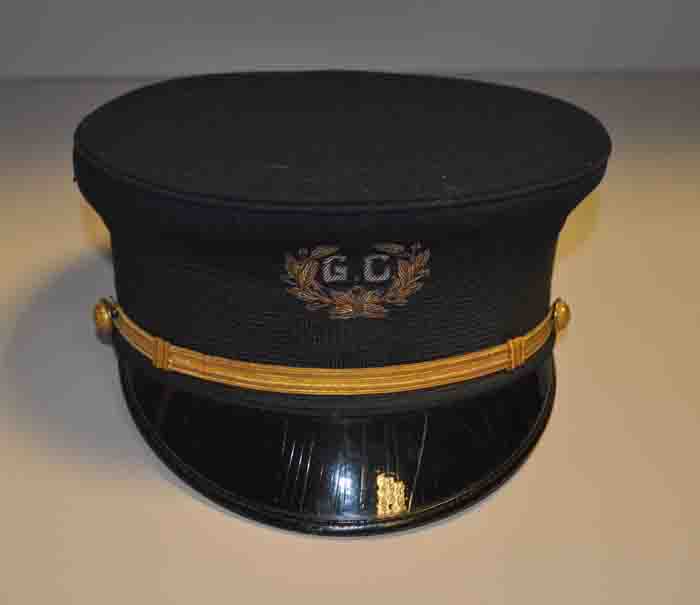 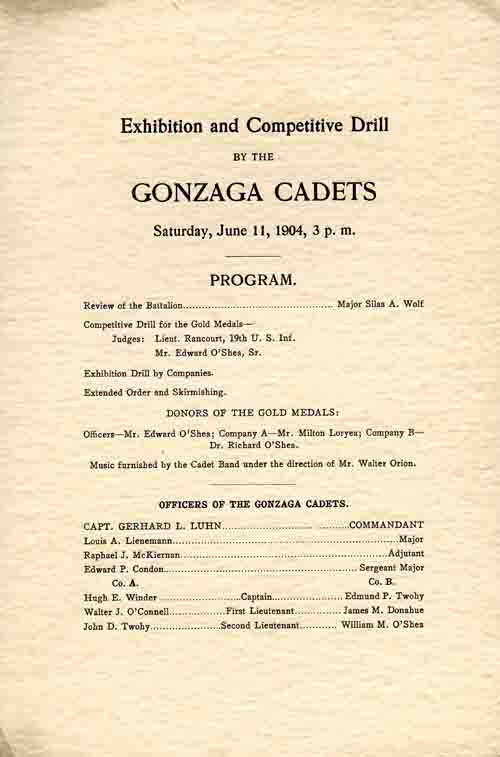 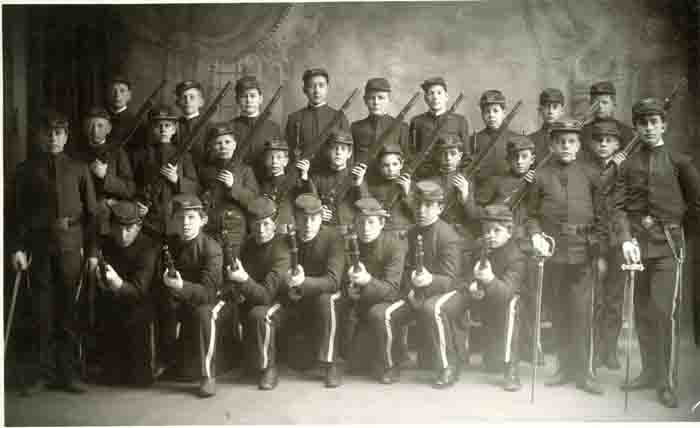 When the United States officially entered World War I in 1917, Gonzaga students wanted to enlist and join the war effort. Gonzaga President James Brogan, S.J., looked for ways to keep them on campus. Initially, he persuaded officers at Fort Wright to provide drill instructors. Gonzaga then negotiated with the Department of War to establish a Students Army Training Corps (SATC) that began in the fall of 1918. For that program, selected students and faculty were sent to the Presidio in San Francisco for 60 days of training. Afterward, these students and teachers would help officers assigned to Gonzaga.

This program allowed students from ages 18 – 21 to continue their schooling and at the same time prepare themselves for the nation’s service. Rifles, uniforms, and other equipment were sent. The 350 students who joined received the rank and pay of a private.  In the program’s first month, Capt. Theophilus Steele replaced Col. W. R. Abercrombie as commandant and Abercrombie was reassigned. After the armistice was signed, the SATC disbanded in December 1918. 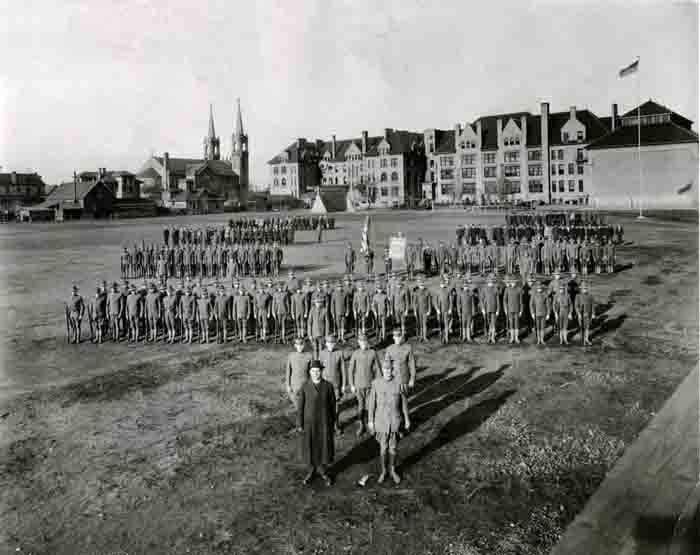 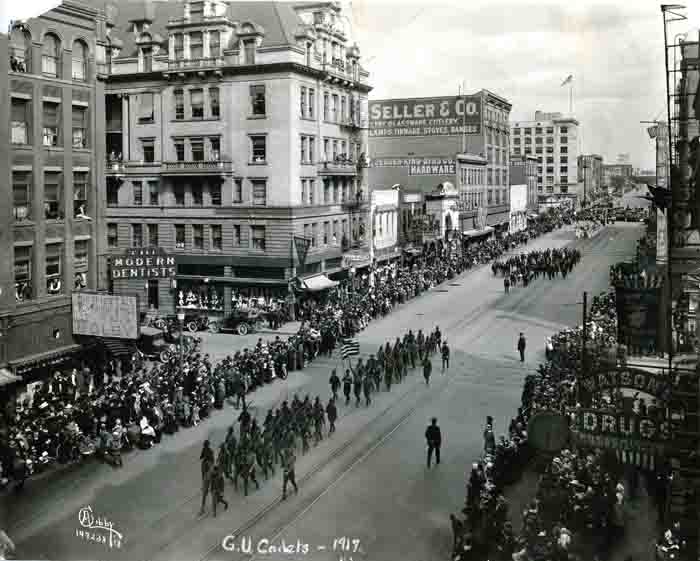 Note:  Date is incorrect on photograph. 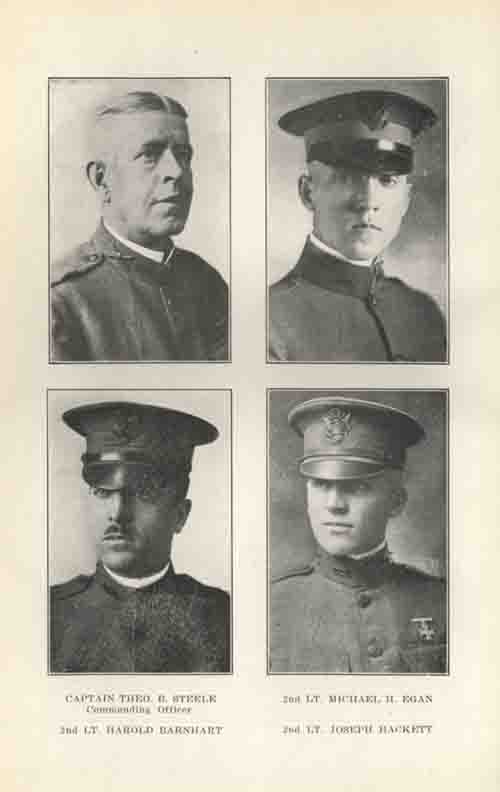 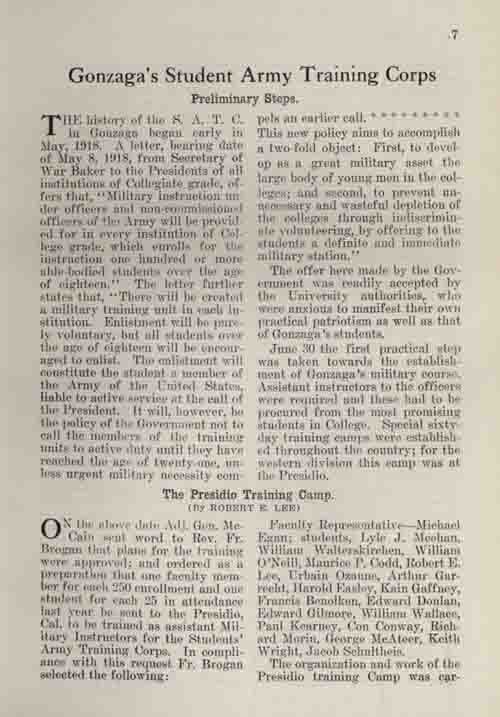 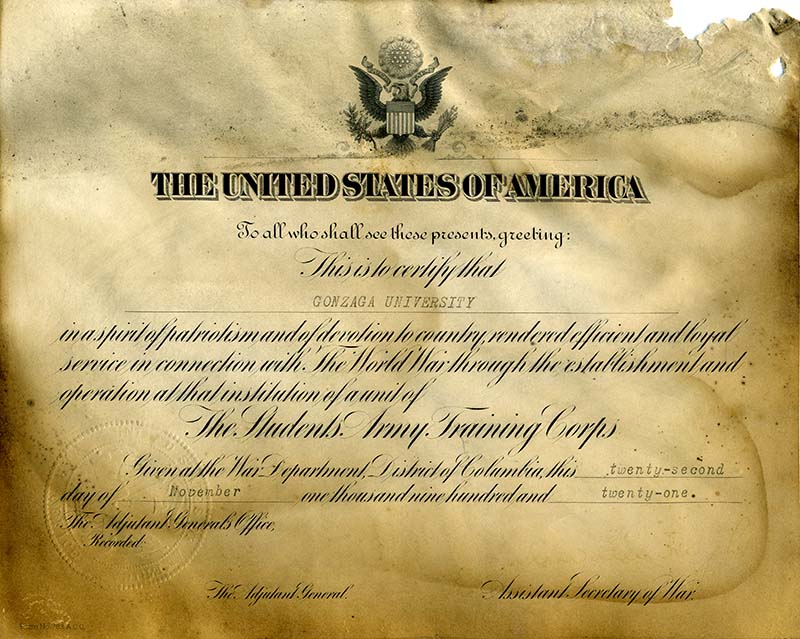 After the SATC program was disbanded in December 1918, Gonzaga received a certificate from the Adjutant General in November 1921. It stated: “This is to certify that Gonzaga University, in a spirit of patriotism and of devotion to country, rendered efficient and loyal service in connection with The World War through the establishment and operation at that institution of a unit of the Students Army Training Corps.”