The Show Goes On: History of Gonzaga Theatre and Dance: Case 2

After Dorothy Darby Smith, founder of the Theatre Department, left Gonzaga in 1972, GU theatre continued on. 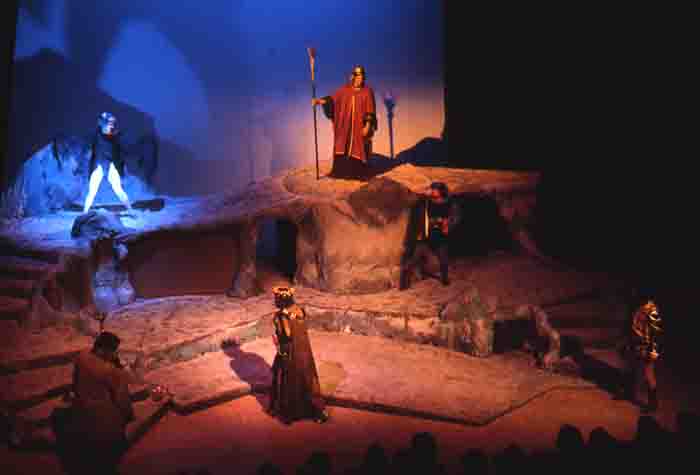 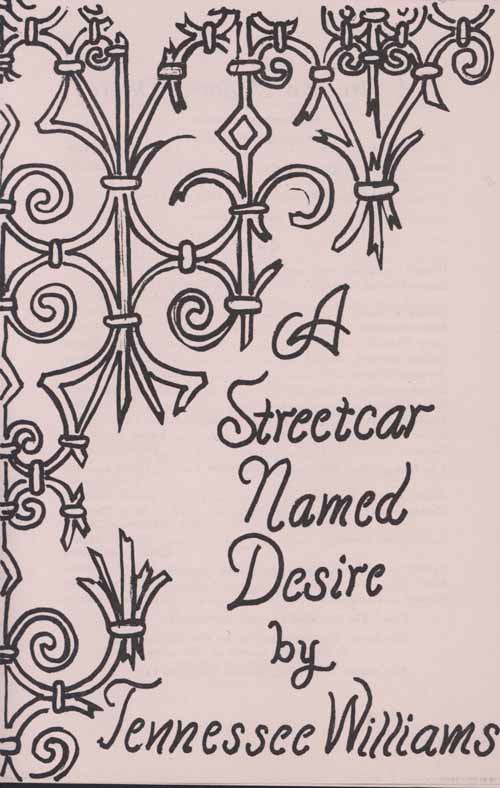 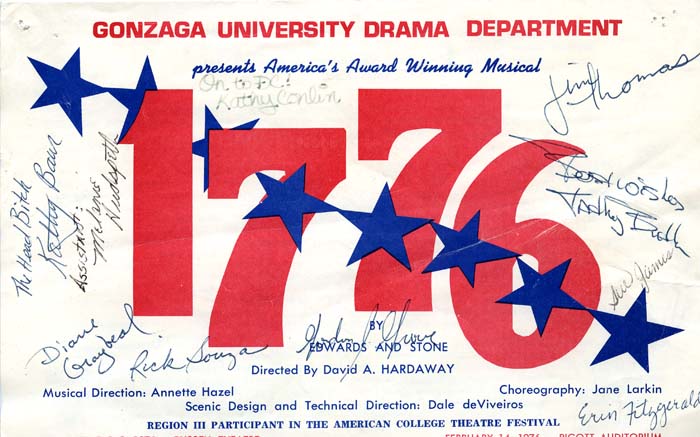 This program from the musical “1776” was signed by members of the production team.  The play was performed in the spring of the 1975-1976 school year, in honor of America’s bicentennial.  This performance went on a tour of the inner northwest. 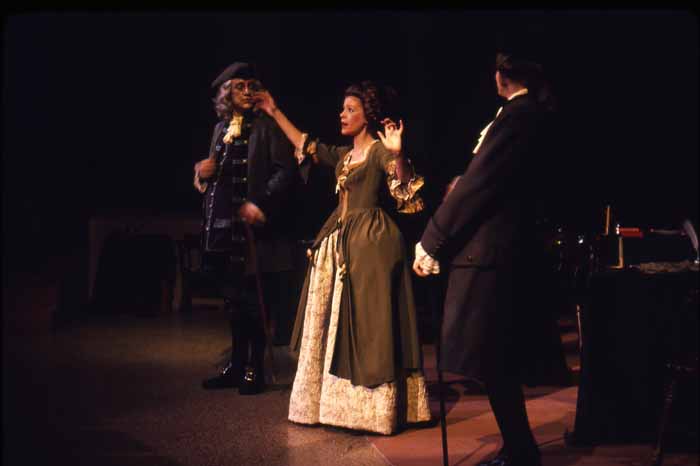 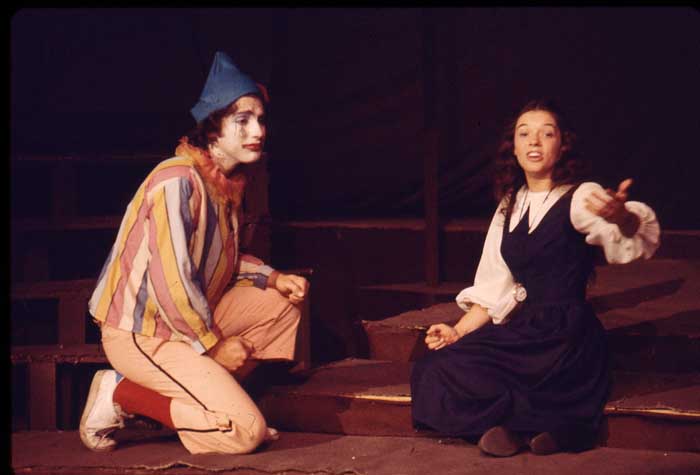 This photo is of Rick Souza and Loretta “Lori” Johnston Parisot in the summer 1976 production of “Carnival.”  This show was very special, because it was one of the only times that a big production was done during summer session. 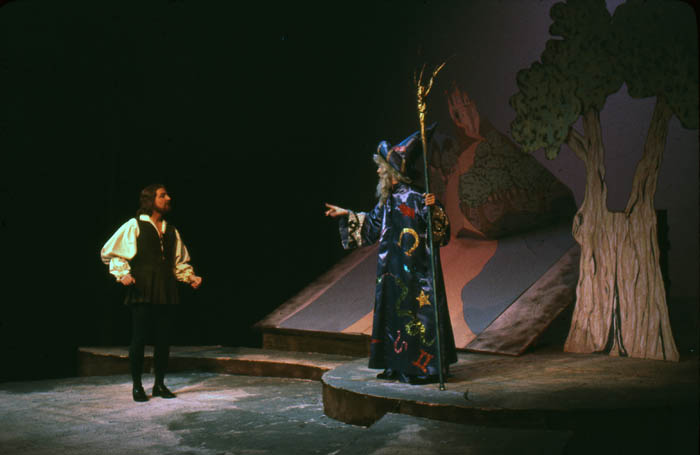 The musical “Camelot” was performed in 1977.  This picture is of Doug Parker as King Arthur, speaking to another student as Merlin.  “Camelot” also went on tour of the inner Northwest. 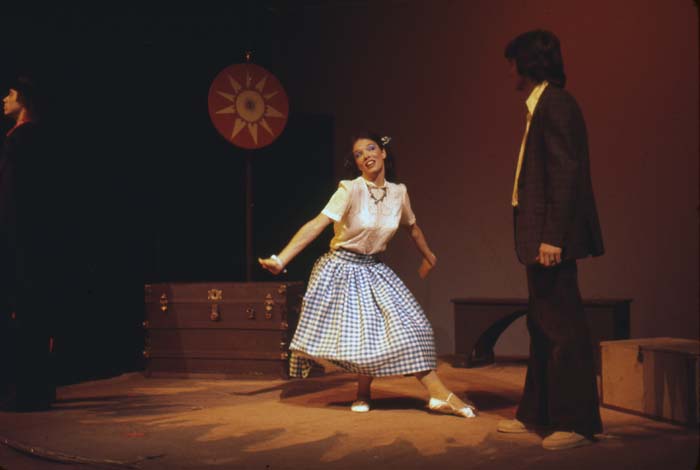 This performance of “Fantasticks,” with Loretta “Lori” Johnston Perisot and an unidentified student occurred in 1977. 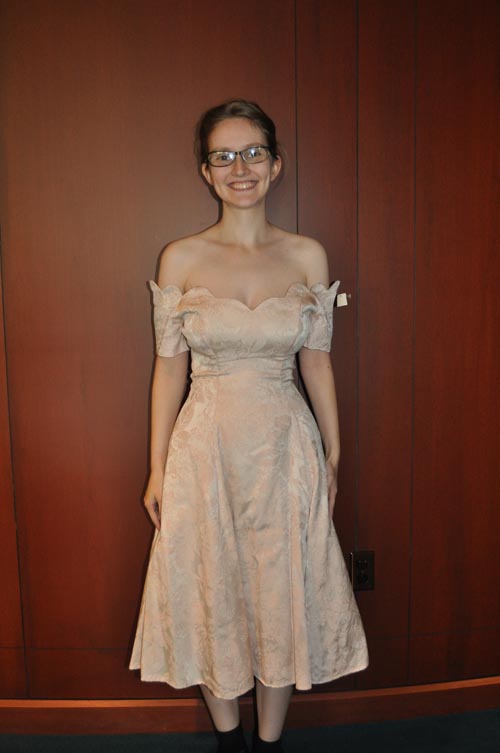 This is the curator of the exhibit, Brenda Mandt, wearing a light pink dress with a scalloped neckline that is from an unidentified show.  It may have appeared on the GU stage during this time period. 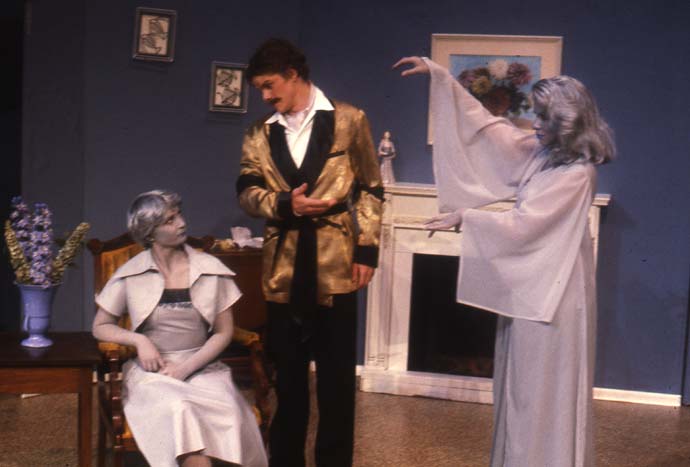 This gentleman converses with ghosts in "Blithe Spirit." 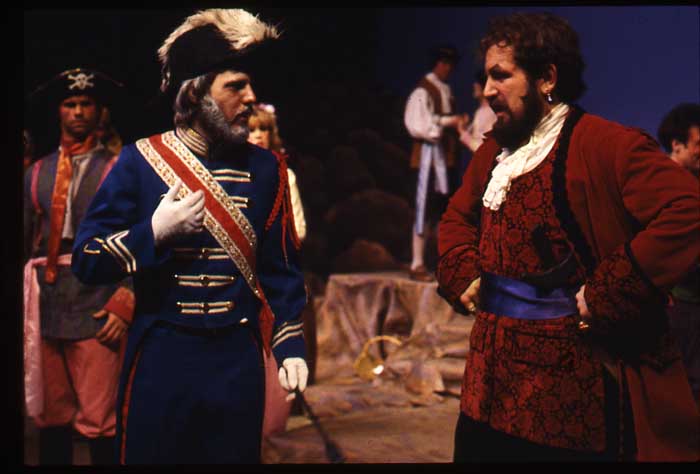 This photograph features D.W.B “Bertucci” as the Pirate King and James Jenkin as Major-General Stanley.