The Show Goes On: History of Gonzaga Theatre and Dance: Case 6 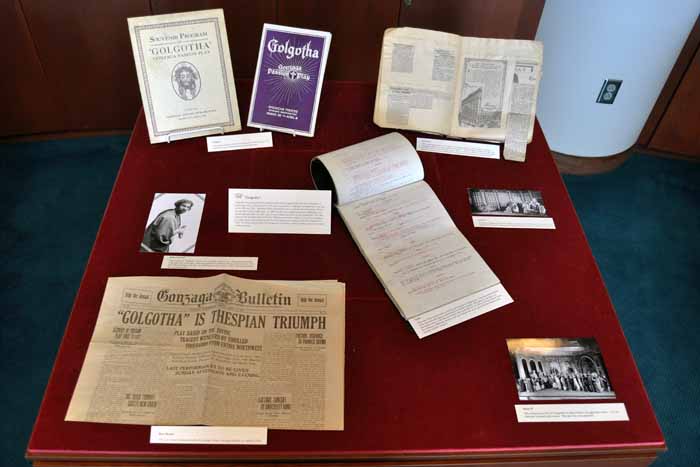 “Golgotha” is probably the most ambitious play that Gonzaga Theatre has ever attempted.  A passion play with a minimum cast of 200, with 45 principles, “Golgotha” was staged two years in a row in 1924 and 1925.  Ambitious Father Driscoll had put on professional style shows at GU in the past, but nothing on this scale.  In 1924, the play was a staggering success, making far more money than was spent.  In 1925, however, the College lost money on the production.  The 138 costumes that had been borrowed for the 1924 show were not available, so costumes needed to be rented, much more money was spent on advertising, and attendance had fallen compared to 1924.  The debt created by the 1925 showing of “Golgotha” would be a black mark on Gonzaga’s credit for decades. 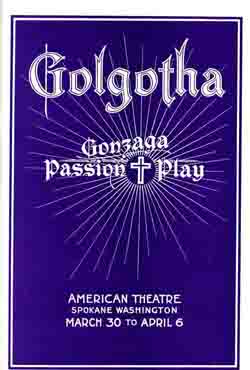 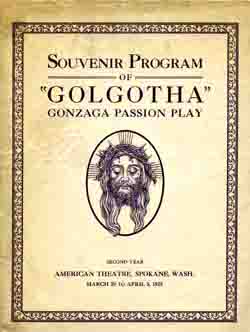 The purple program is the one that was used in 1924, the tan in 1925.  Both have pages of advertisements for area businesses. 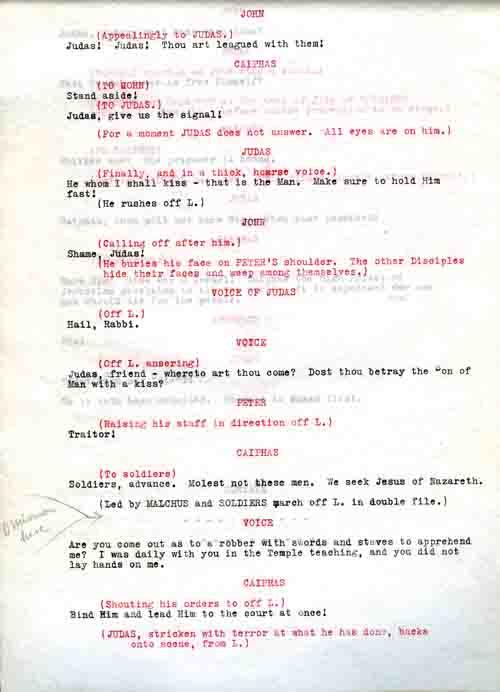 This copy of the script is open to the betrayal of Judas at Gethsemane.  Note that around 2/3 of the way down the page, an intermission is marked in pencil.  Most plays do not have a set intermission time, so the director decides when it should start.  Fr. Driscoll clearly wanted to give the audience a cliffhanger between part one and part two, as he placed the intermission at the moment of Judas’ betrayal. 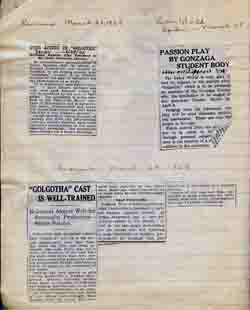 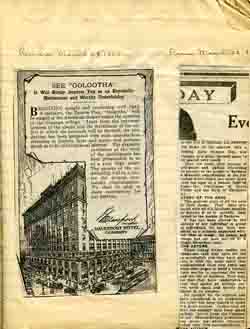 This composition notebook was used as a Golgotha scrapbook, and contains a multitude of newspaper clippings from the 1924 run of the show.  All of the articles on the open page were published before the first run of the show.  The rave reviews of the dress rehearsal encouraged people to attend and were published in at least the four area newspapers represented on this page. 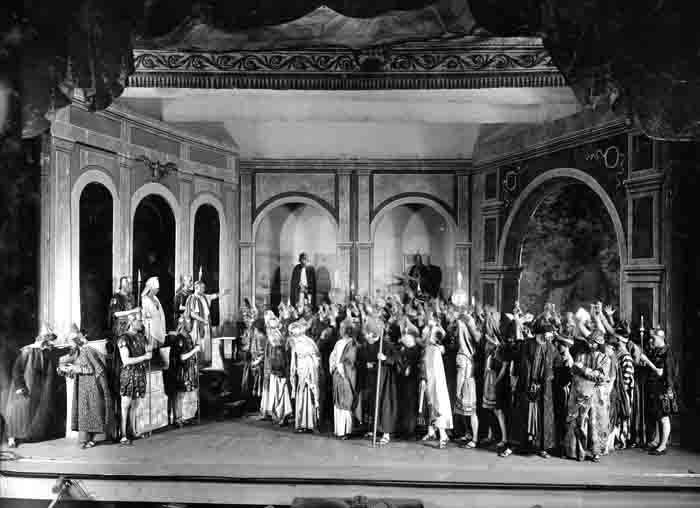 This is from scene four of “Golgotha” in which Christ is brought before Pilate.  Note the elaborate costumes and scenery.  This play was a true spectacle.

From the Golgotha Scrapbook: “Judas, in despair after the death of the Master, brings back to the Priests the thirty pieces of silver, and then rushes out and hangs himself.” 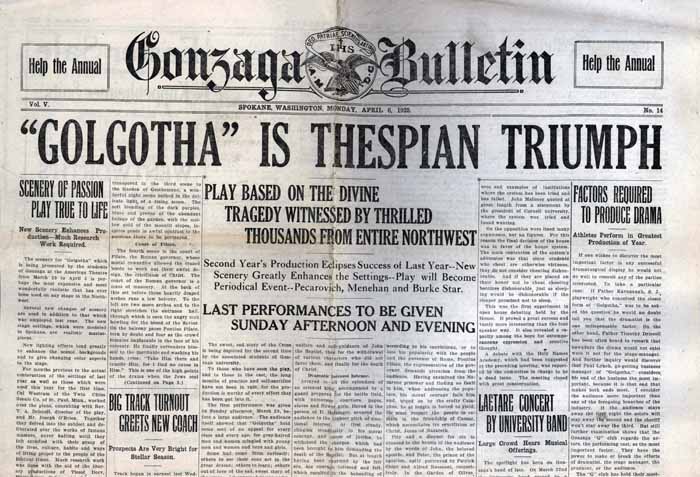 This rave review featured on the front page of the Gonzaga Bulletin on April 6, 1925. 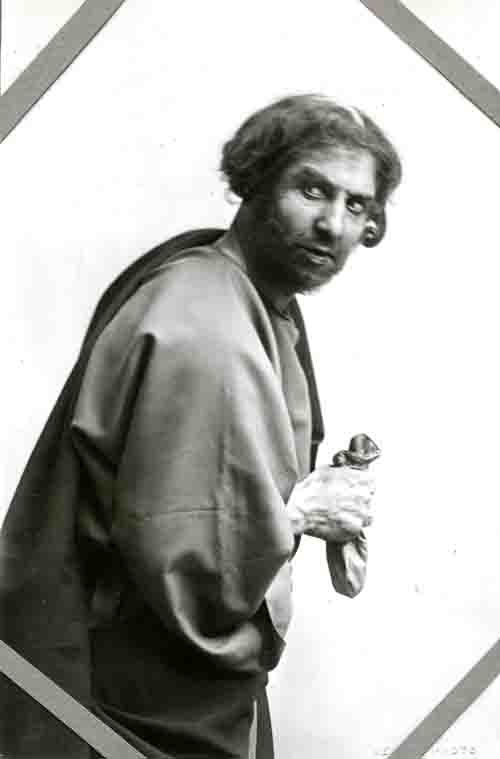 Interestingly, in “Golgotha,” there is no on stage speaking role for Jesus.  This means that Judas is the lead role of the play.  Judas was portrayed by Michael Pecarovich in both the 1924 and 1925 showings of the play.  In 1924 he was a law student, and in 1925 he had joined the Gonzaga faculty.