The Show Goes On: History of Gonzaga Theatre and Dance: Case 5 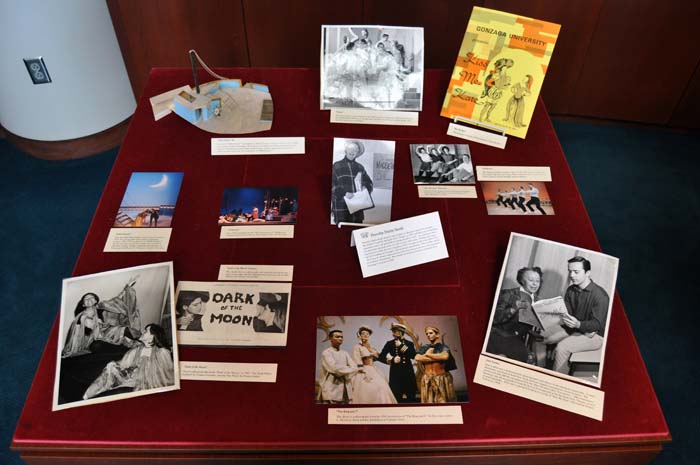 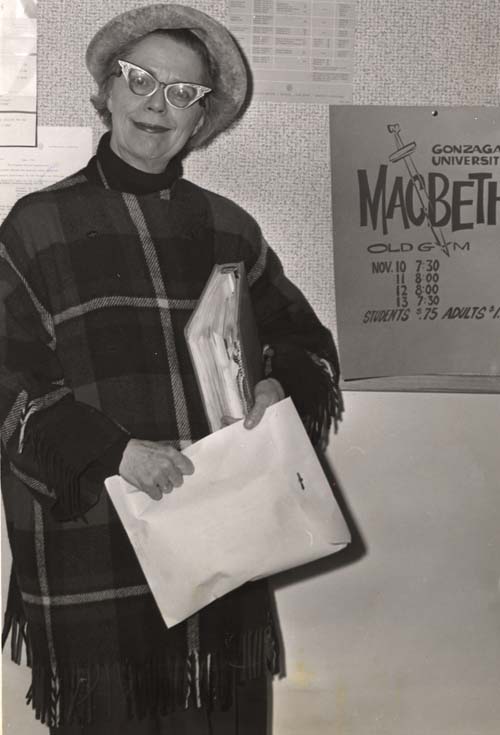 Dorothy Darby Smith was a fixture in Spokane theatre for decades.  She helped found the Spokane Civic Theater in 1947 and had years of teaching experience when she joined the Gonzaga faculty in 1961.  As a professor here, she directed a musical a year, as well as many other plays.  Perhaps her most important act while she was a member of the Gonzaga faculty from 1961-1972 was the founding of Gonzaga’s official theater department.  Prior to Mrs. Smith, there was no theater major and any plays that were put on were unconnected to an academic department.  Mrs. Smith received an honorary doctorate from Gonzaga University in 1996. 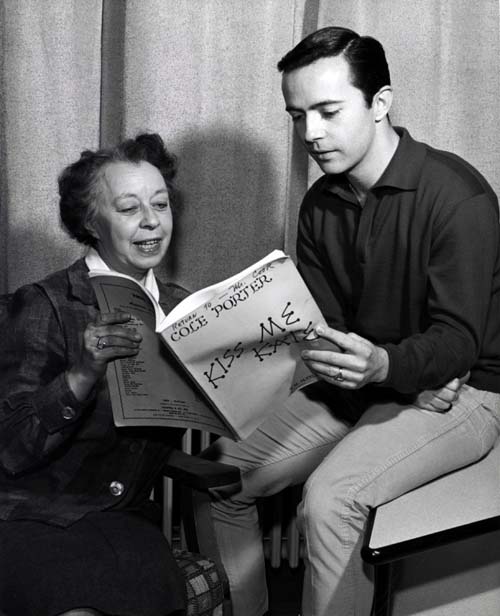 Jane Larkin was a well-respected choreographer and dancer in the Spokane community.  A native Spokanite, she lived in both New York and Los Angeles pursuing her career in dance.  She performed with MGM and appeared in the Marx Brothers film “Cocoanuts.”  After returning to Spokane, she choreographed musicals here at Gonzaga and at the Spokane Civic Theatre, as well as teaching ballet.  Here she is pictured looking at a script of “Kiss Me Kate” with student Robert Vickrey in 1964. 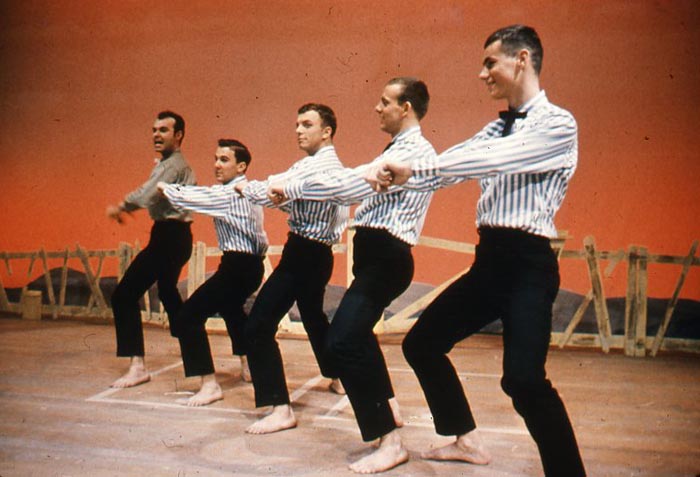 The “Dream Cowboys” practice a dance for the 1961 musical “Oklahoma.” From left to right they are George Dutro as Dream Curley, Daniel Zafferano, Paul C Charvet, George Rogalski, and Jon Maloney. 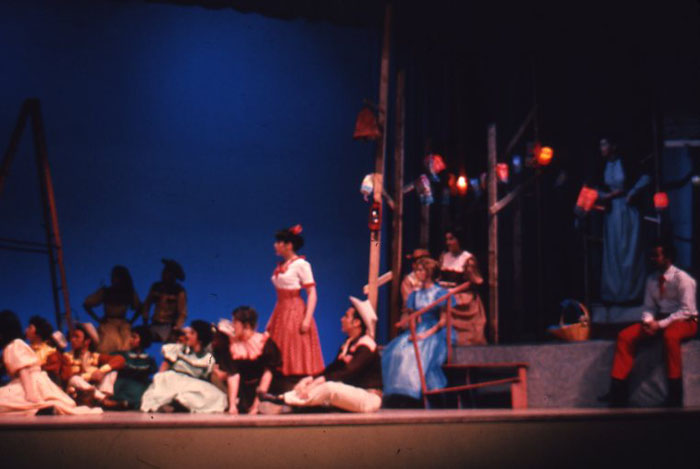 Part of the ensemble for the 1961 production of “Oklahoma,” centered around Jan Curtis as Ado Annie, in the red and white. 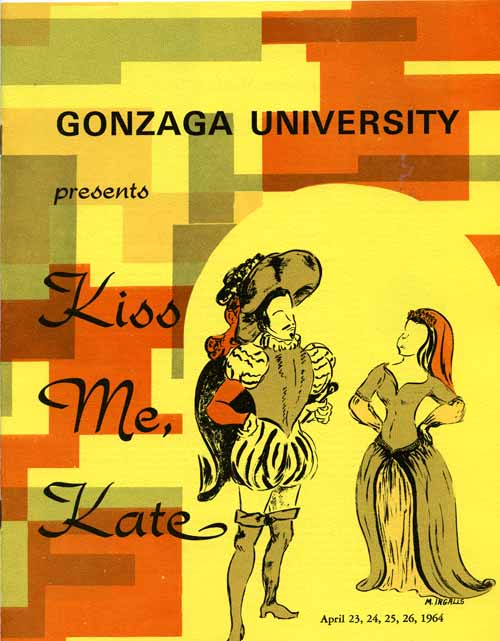 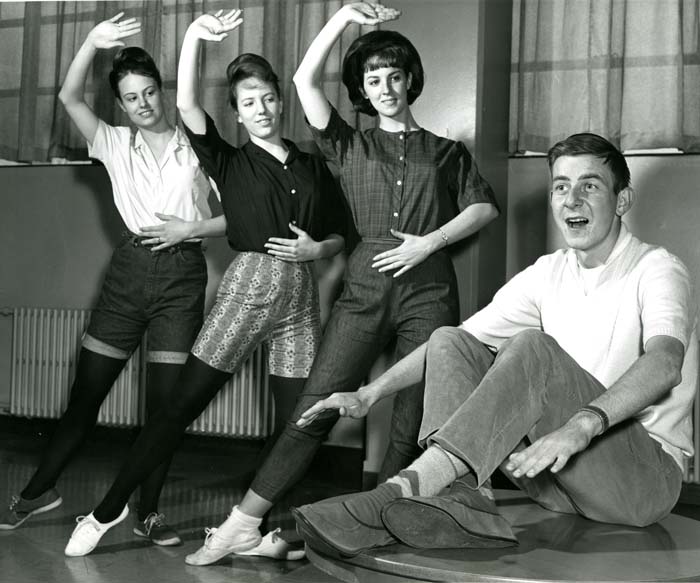 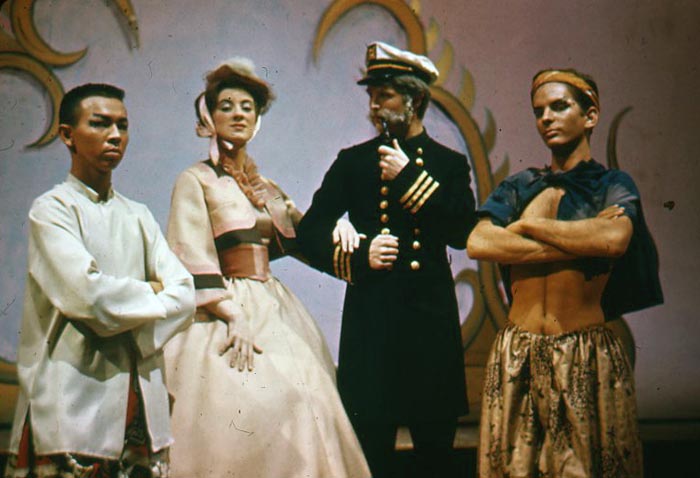 The above is a photograph from the 1965 production of “The King and I.”  In the center is Joan C. Morris as Anna and Jes Adolphsen as Captain Orton. 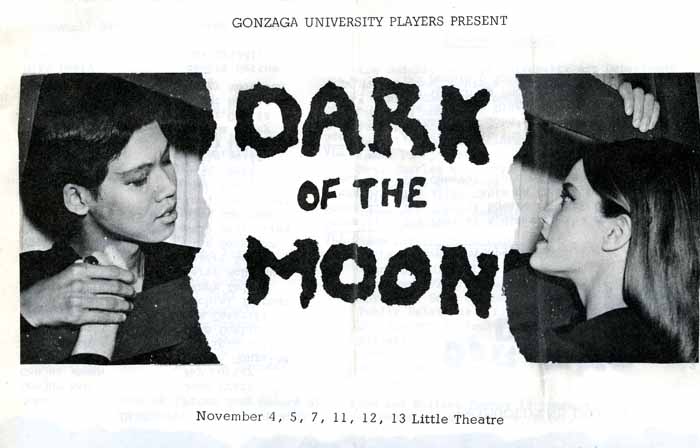 Mrs. Smith did not only preside over musicals during her ten years at Gonzaga, she also directed non-musical programs like “Dark of the Moon,” from 1965. 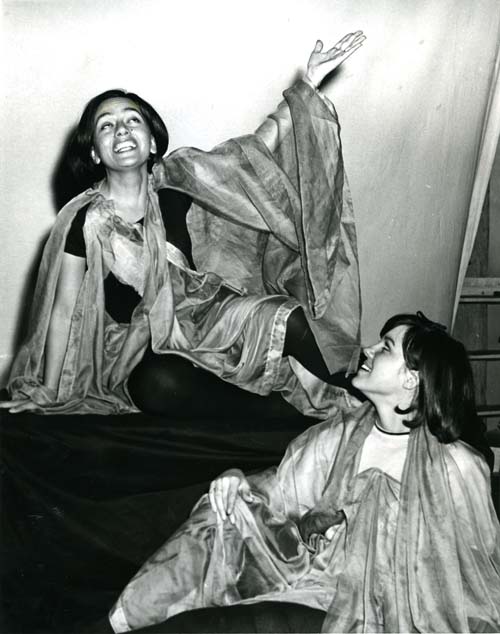 Actors enthusiastically tackle “Dark of the Moon,” in 1965.  The Dark Witch is played by Oriana Gonzalez (top), and the Fair Witch by Patricia Eakin (bottom). 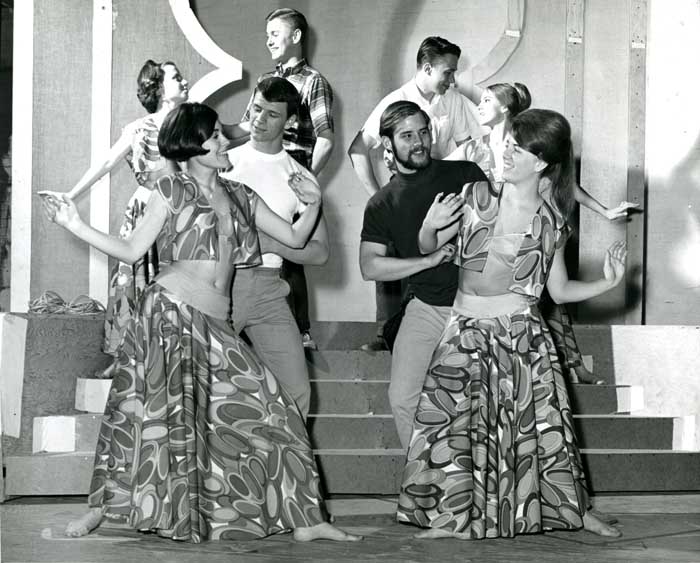 Performers practice a dance number for the 1967 production of “Kismet.” Leslie Ann Grove is in the top left, Dennis Whalen is in the plaid shirt, and Mary Anne Thuot is in the front left.  The rest of the dancers are unidentified. 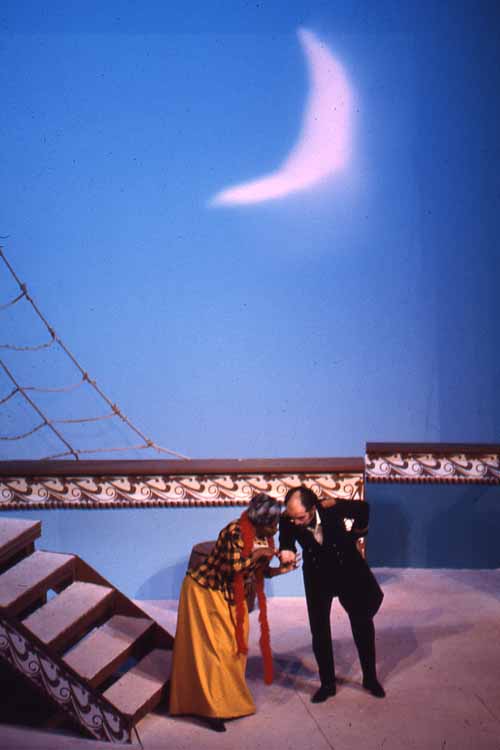 After Dorothy Darby Smith retired from Gonzaga in 1972, she occasionally came back for directing projects.  The 1974 production of “HMS Pinafore” was her last such production, which she worked on with Jane Larkin.  Shirley Caldwell performs here as Buttercup with Dennis N. Young as Captain Corcoran. 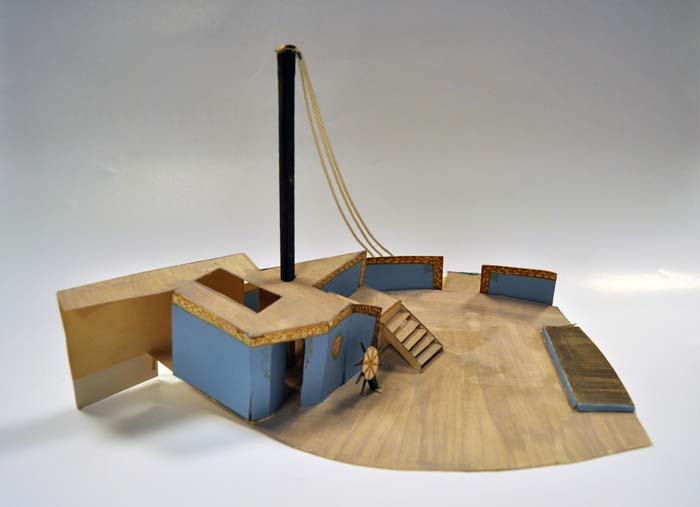 The set for “HMS Pinafore” was designed by Dale deViveiros, who was a student of Mrs. Smith’s and a faculty member of Gonzaga.  He has been very helpful in providing identification for the students in photographs in this exhibit and the archive, as well as generously loaning us his original set mock up for the 1974 production of “HMS Pinafore.”