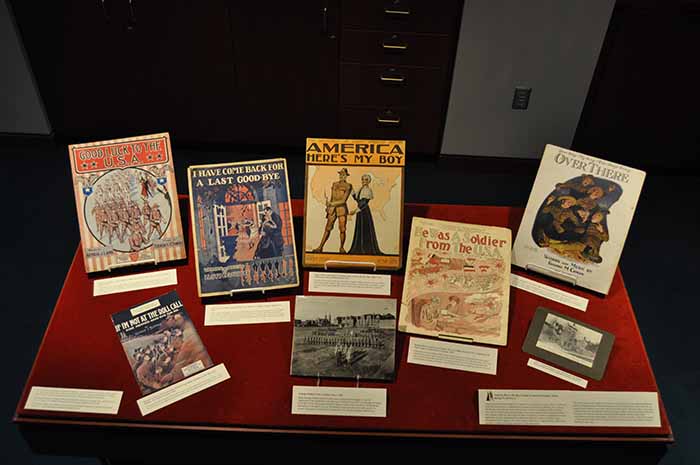 America entered the First World War in April, 1917. In doing so, the nation joined a conflict the world had already come to understand as one based on protecting an ideology, not a territory. This became especially true for the United States over the next eighteen months. America’s entry into World War I required mobilization on an unprecedented scale. It was also the first real overseas conflict the nation had ever faced. Furthermore, America was separated from the fighting by an ocean, making the threat abstract and distant. In order to mobilize troops, propagandists had to appeal to the nation’s ideals, rather than to a physical threat. World War I required a complete ideological alignment of American society.

This exhibit examines the effects of World War I on America’s ideas about gender through the medium of popular music. While masculinity was tied to military service, more often than not popular music displayed it as closely tied to the domestic sphere. Men had a duty to serve their country bravely, yet they also had a duty to the home, to their women and children, and to their domestic lives. Women were also expected to fulfill a specific role in society, as the representation of beauty and goodness, which men went to war to protect. They were expected to encourage their men to serve the nation and to keep up the home in their absence, allowing their men to go to war. 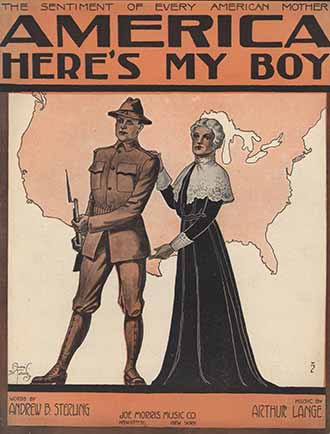 So many of the popular songs from World War I depict a mother giving her son over to service in the United States’ military. This common theme depicts mothers’ duty to the nation; a good American mother must prepare her son for military service and encourage him to serve his nation. 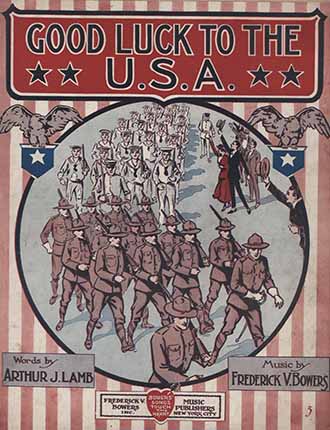 This piece is one of many that depict men as soldiers in formation, marching off to war. This image of men as strong, upright citizens, celebrated by civilians for their sacrifice and service, and eager to go off to protect their nation valorizes military service and connects masculinity to militaristic duty.

“1914…A street in Barcy (near Meaux) after the Battle.” Postcard from the studio of Earnest Le Deley. Series 13. 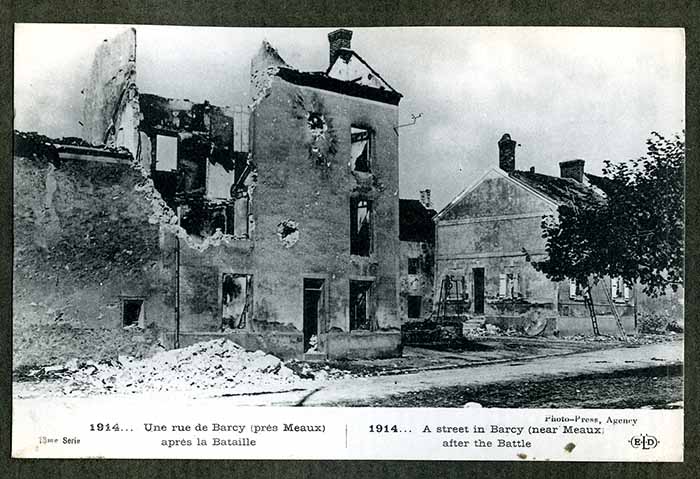 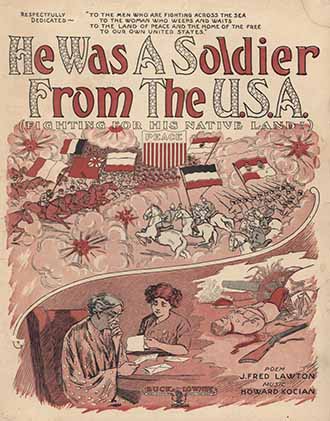 Combining common themes of duty, honor, and sacrifice, this piece speaks to the ideological roles both men and women were expected to fulfill during the war. In the first verse, the soldier bids farewell to his mother and wife, who must sacrifice him to the nation. Meanwhile they await patiently, keeping up the home, only to discover his ultimate patriotic sacrifice: his death. 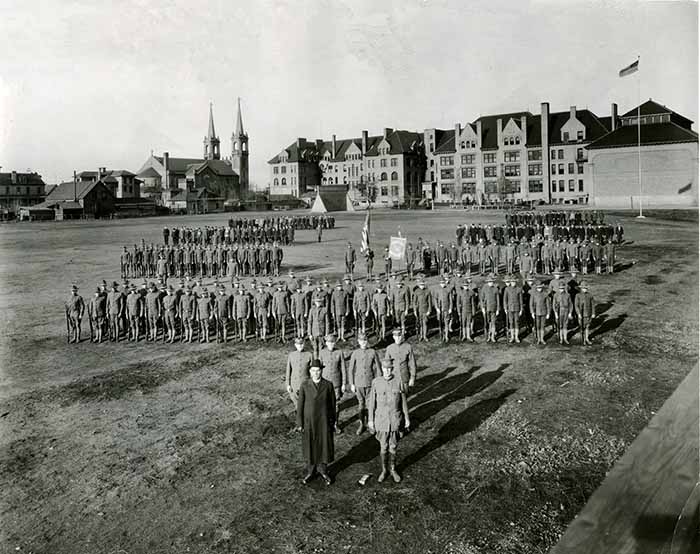 Many Gonzaga students heard the call to arms. President James Brogan, S.J. and the Department of War established a Students Army Training Corps (SATC) at Gonzaga that began in the fall of 1918. The program allowed students to continue their schooling while preparing themselves for the nation’s service. 350 students joined and received the rank and pay of a private. The program was disbanded in December 1918 after the armistice ended the war. 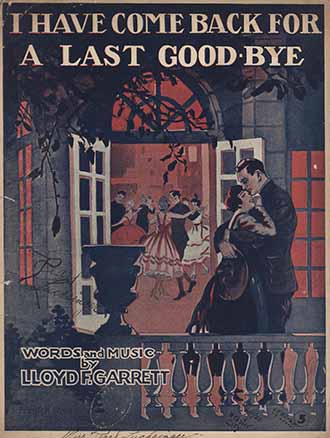 While many pieces depict women being left behind by the men who must go to war, these same pieces establish expectations for women in these situations. In this piece, the speaker entreats his sweetheart to “be brave and don’t sigh or cry.” Women were expected to encourage their men to go to war. While men were sacrificing themselves overseas, women were making their own sacrifices at the home front. 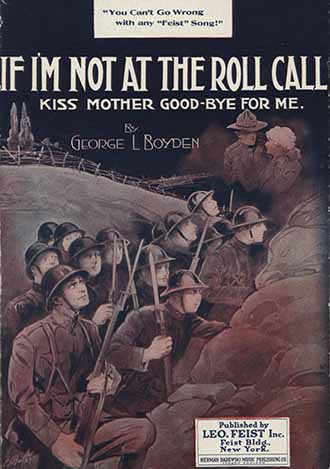 A common theme in popular World War I music was the mother/son relationship. These songs often focused on the close bond between mother and son, again tying masculinity to the home.