In February of 2009, Foley Library marked the 200th anniversary of Darwin's birth and the 150th anniversary of the publication of On the Origin of Species, with a small collection of original juried artist's books that faithfully portray the science behin

Behind the theory of evolution, several scientists have successfully found the different mechanisms by which life evolves. The contributions to the dogma of biology (evolution) include the theory of the origin of life and the mechanisms by which traits are passed to the next generations. All these processes are responsible for the process of speciation, which triggers the branching of the tree of life.

If one of the four gene flow zones is interrupted (one of the stacked arrows indicated on the cover) by, for example, the formation of a new geographic barrier, the populations on the ends of the break (the interruption) will become increasingly distinct from one another so much so that, if put together at some point will not be able to interbreed. However, admixture elsewhere on the ring will continue to occur due to gradual regional gene flow. Thus, freely interbreeding populations connect the entire species, but members of certain populations located on the ends of the ring do not interbreed.

If two of the four gene flow zones are interrupted, however, the accumulation of mutations, genetic drift and natural selection act on both sides of the broken ring and drive the process of speciation.

My art demonstrates the concept of common ancestry in which one species can split into two under certain conditions (absence of gene flow). My aim is to encourage viewers of my work to think about and hypothesize what can happen when gene flow is interrupted. 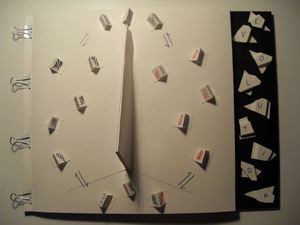 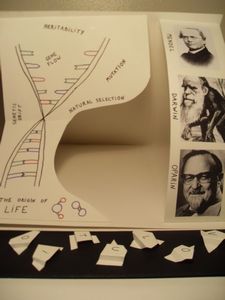 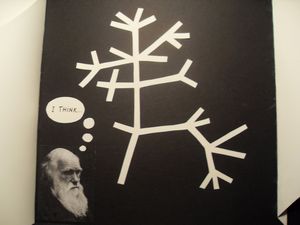