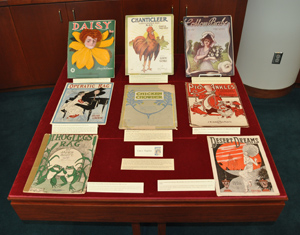 Ragtime is a uniquely American, syncopated musical genre that enjoyed its peak popularity between the late 1890s and 1918.  Because of its lively and springy music, it began as dance music in the African American communities in the South and Midwest, especially Missouri.  Ragtime became the rage through the sales of published sheet music.  Scott Joplin, a ragtime composer, became famous after the publication of his “Maple Leaf Rag” in 1899.  By 1918, jazz had become more popular with the public than ragtime.

Some of the following information is from the research done by Bill Edwards, also known as “Perfessor Bill”.  Permission has been granted by him to use his research.  For more information, please visit his site at: www.perfessorbill.com. 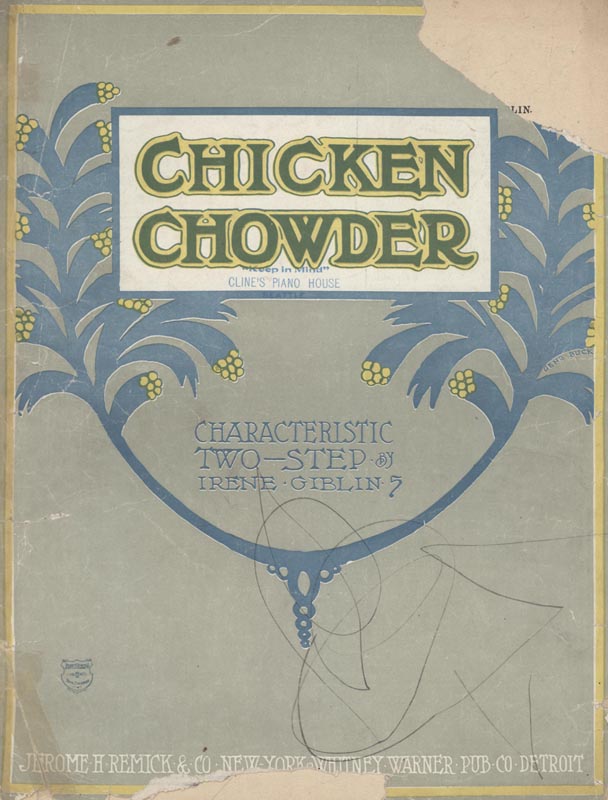 Irene Giblin (1888 – 1974) published 10 rags in a six year span.  This rag was her biggest hit.  Music Trade Review of August 19, 1905 stated: “Miss Irene Giblin is St. Louis’ youngest composer.  Miss Giblin’s latest successes are ‘Chicken Chowde’ and ‘Quit, You’re Kidding’ both of which have attained popularity wherever heard.’Chicken Chowder’ is a composition full of originality and catchy passages.  Though but 16 years of age, Miss Giblin’s remarkable abilities have attracted widespread attention.  A great many copies of ‘Chicken Chowder’ have already been sold.” (www.perfessorbill.com) 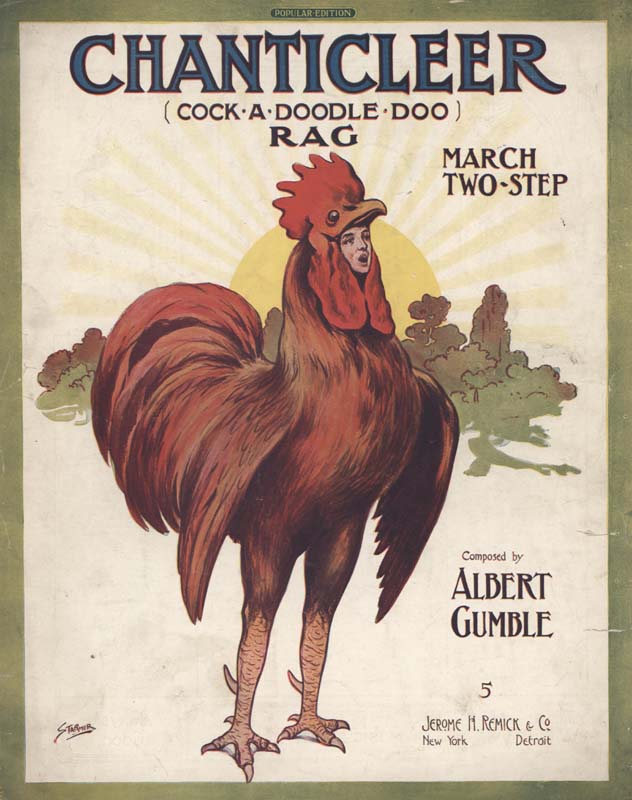 Chanticleer is the literary name given to roosters especially in verse narratives and fairy tales.

Born in 1883, Gumble composed music for various music publishing house.  Although most of his work was done arranging pieces of other’s works, he wrote and published “Bolo Rag” in 1908. 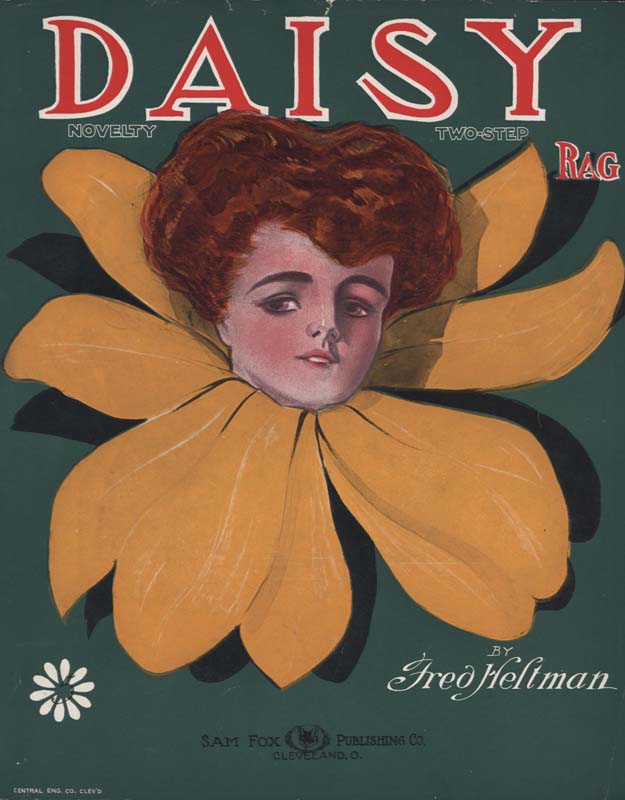 Born in 1887, Heltman wrote several rags, this being one of his first. 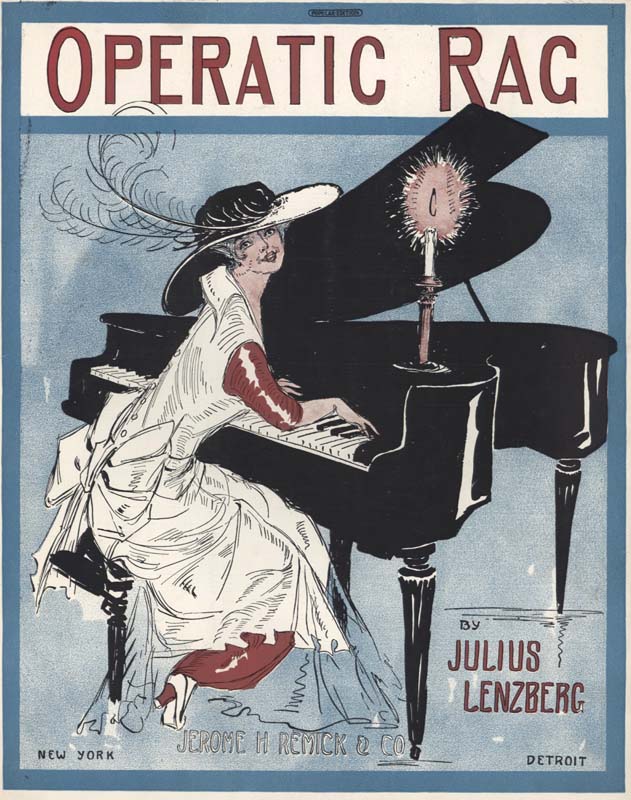 Composer and bandleader Julius Lenzberg (1878-1956) wrote “Haunting Rag” in 1911 and “Hungarian Rag” in 1913.  “One of his great talents was adapting well-known classical tunes to piano ragtime format.  Among these are his ‘Hungarian Rag’ and ‘Operatic Rag.’  They helped fuel a trend in which rag composers such as George L. Cobb and Felix Arndt, as well as various performers, ragged famous tunes, often to the detriment of both the original and arranging composers.” (www.perfessorbill.com) 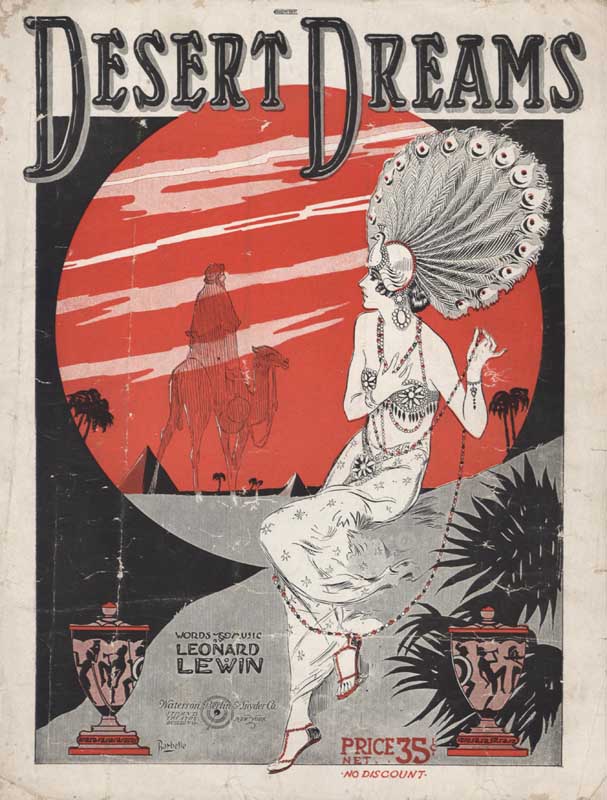 Lyrics describe the singer longing for a beautiful woman in Asia Minor: “In all my desert dreams / I hear her calling from her caravan, / Oh! how I’d love to be her Arab man, / I’d be so happy with her there; / on a camel’s back, together.” 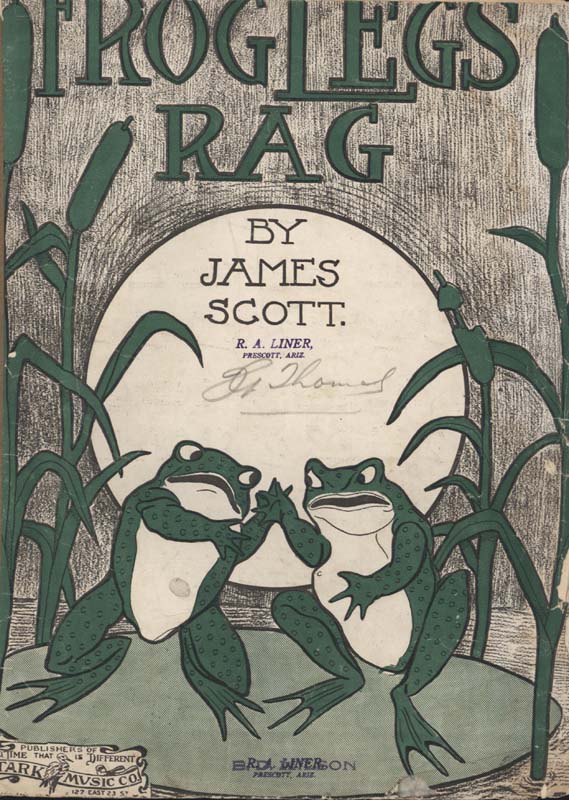 Born in Missouri, James Scott (1885-1938) was an African-American ragtime composer and was regarded as one of the three most important composers of classic ragtime, along with Scott Joplin and Joseph Lamb.  This classic rag was Scott’s first commercial success as a ragtime songwriter. 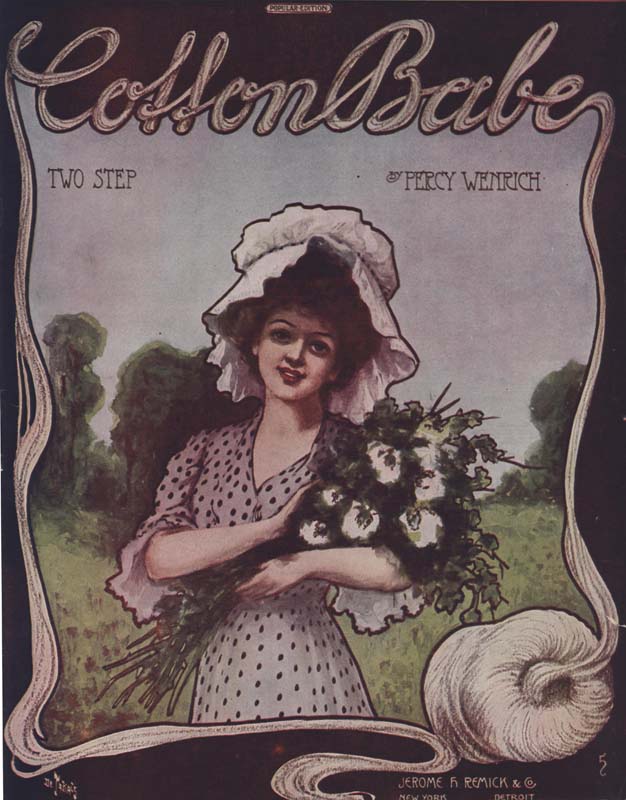 Born in Joplin, Missouri in 1887, Wenrich published his first work  “L’Inconnu in 1897 and was nicknamed “The Joplin Kid,” when he played ragtime music in his hometown.  He composed 18 rags before his death in 1952. 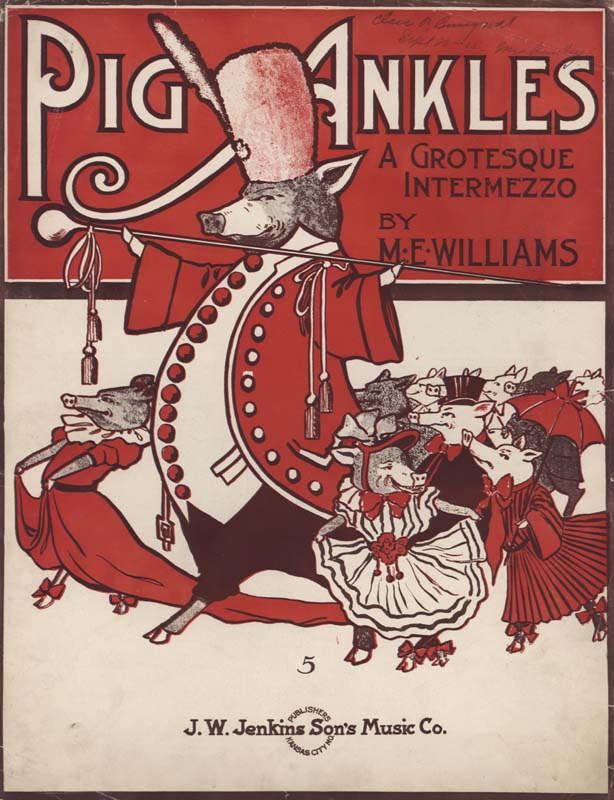 Mamie E. Williams was one of a large group of women who were ragtime composers.