The 1484 Roman Missal in The Gonzaga Collection is an incunabulum, a book from the earliest days of printing (before 1500). Only two other copies of this volume are known to survive, one in the Vatican. The text is pre-Tridentine, that is, the mass as it was celebrated before the Council of Trent. The provenance (history of ownership) of this volume is also of interest. This book was presented to Mount St. Michael's Library on May 6, 1962 by Mrs. Charlotte Sanderson, the widow of Dr. Steven Sanderson. It is now part of The Gonzaga Collection.

The Gonzaga Collection also contains five other Roman Missals, one from 1577 shortly after the Council of Trent; a Mozarabic Missal; and the Dominican Missal of 1521.

This handsome volume was printed in black and red inks. Liturgical manuscripts and printed 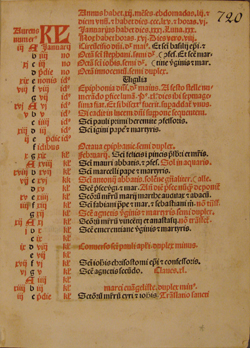 books which use red (ruber) ink for certain passages are called "rubricated." In liturgical texts, red ink was used to distinguish directions from the words that would actually be spoken as part of the liturgy. In calendars, red ink was also used to name important feasts. This led to the idiom of referring to a special occasion as a "red letter day." Seen here is the opening of the calendar in the 1484 Missal. The handwritten number in the upper right corner, 720, is some of the evidence of the book's provenance. 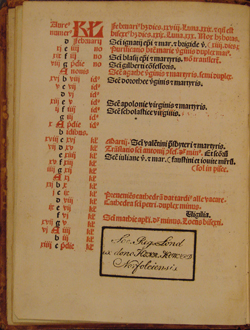 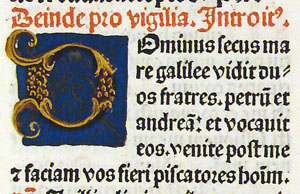 Several of the large initials in this missal were hand-illuminated in blue and gold. To do this, the printer would leave a blank area in the printed page where the initial belonged, and then the artist would paint the initial. The initial "D" starting the word "Dominus" is seen on folio 160, shown above. To the left is a detail of just that initial D and the surrounding text. The initial "S" is seen on folio 168. Sadly, a modern vandal excised some of these initials, as is evident on folio 179.

The text with the initial D is the start of the Gospel recounting the calling of Peter and Andrew. Above the initial is the rubric: "Deinde pro vigilia. Introit[us]" The initial D in blue and gold is followed by rest of the letters of the word Dominus, with the O larger than the rest of the letters: "Dominus secus mare galilee vidit duos fratres, petru[m] et andrea[m]: et vocauit eos. venite post me [et] faciam vos fieri piscatores ho[m]i[nu]m." 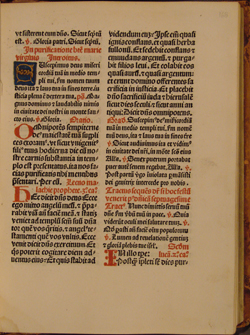 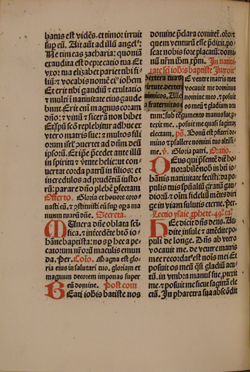 Owner notes have been added in a few places. For instance, a previous owner penciled these notes, shown to the right, on the front fly 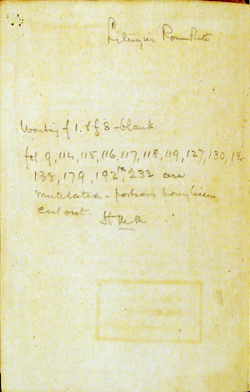 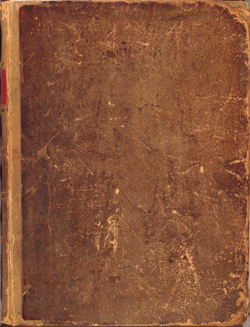