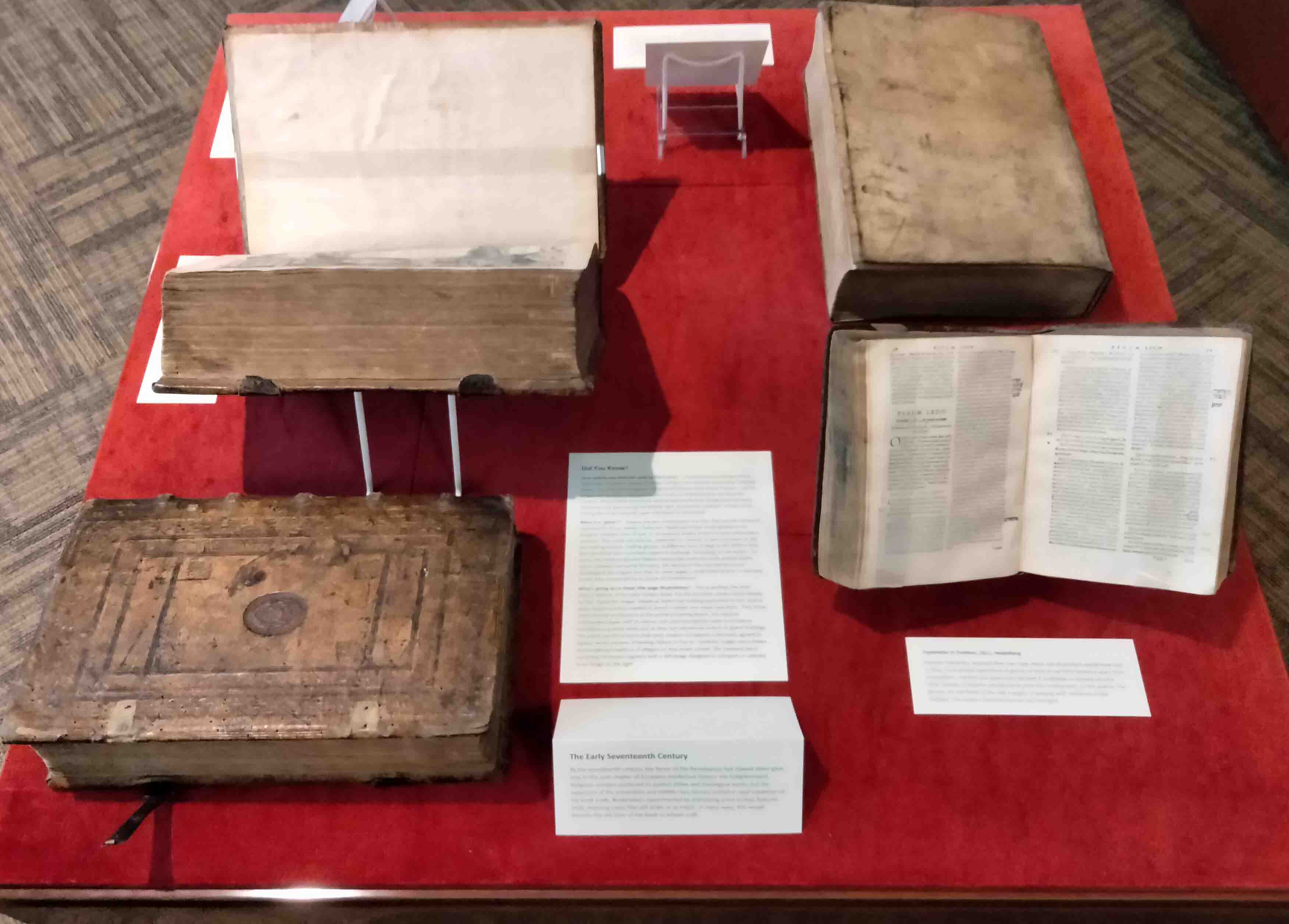 By the seventeenth century, the fervor of the Renaissance had slowed down gave way to the next chapter of European intellectual history: the Enlightenment. Religious scholars continued to publish bibles and theological works, but the expansion of the universities and middle-class literacy invited a rapid expansion of the book trade. Bookmakers experimented by jettisoning some archaic features while retaining many that still strike us as exotic. In many ways, this would become the last hour of the book as artisan craft.

Hebrew characters required their own type which not all printers would have had in shop. Each printer specialized in genres of texts to set their business apart from competitors, and this one apparently decided it profitable to expand into the niche market of Hebrew scholarship to print this commentary on the psalms. The glosses are still fitted to the side margins in keeping with medieval scribal tradition; the modern footnote has not yet emerged.

This commentary on the book of Acts by Jesuit Ioannis Lorinie is as well-constructed internally as any other book in the collection. Yet its vellum binding is hideous, preserving about every scratch and smudge it has borne since the seventeenth century. As books became mass-produced in these later centuries, consumers became tolerant of these cheaper forms of presentation. 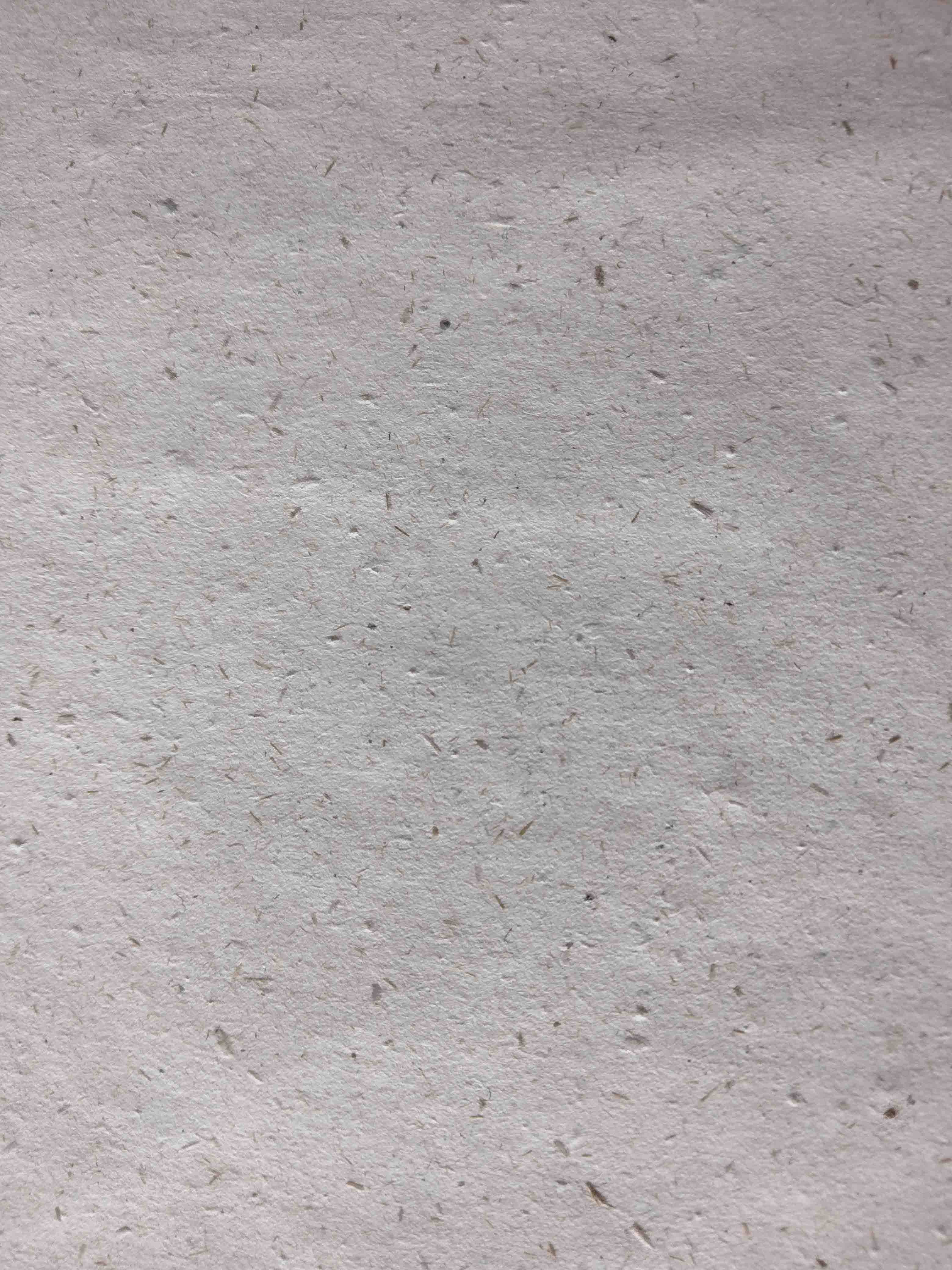 This book’s paper contains unprocessed seeds—our reminder that early modern paper came from plants like cotton and flax. Conservatives at the turn of the period saw paper as a disgraceful medium to bear God’s word, surely never to last as long as proper vellum (calf skin) manuscripts. Although their forecast proved false (the paper of these books has stood the test of time as well as any vellum might have), we can still agree today that modern wood pulp or synthetic paper is a far cry from the elegance of medieval vellum.

Medieval manuscripts lacked title pages, so the elaborate title page illustration sets early modern books apart from their medieval predecessors and later modern antecedents. Opening a book was still a sacred experience, which printers sought to enhance. This biblical commentary by Menochio presents an argument for the coherence between Old and New Testaments via parallel symbols drawn from each respectively. 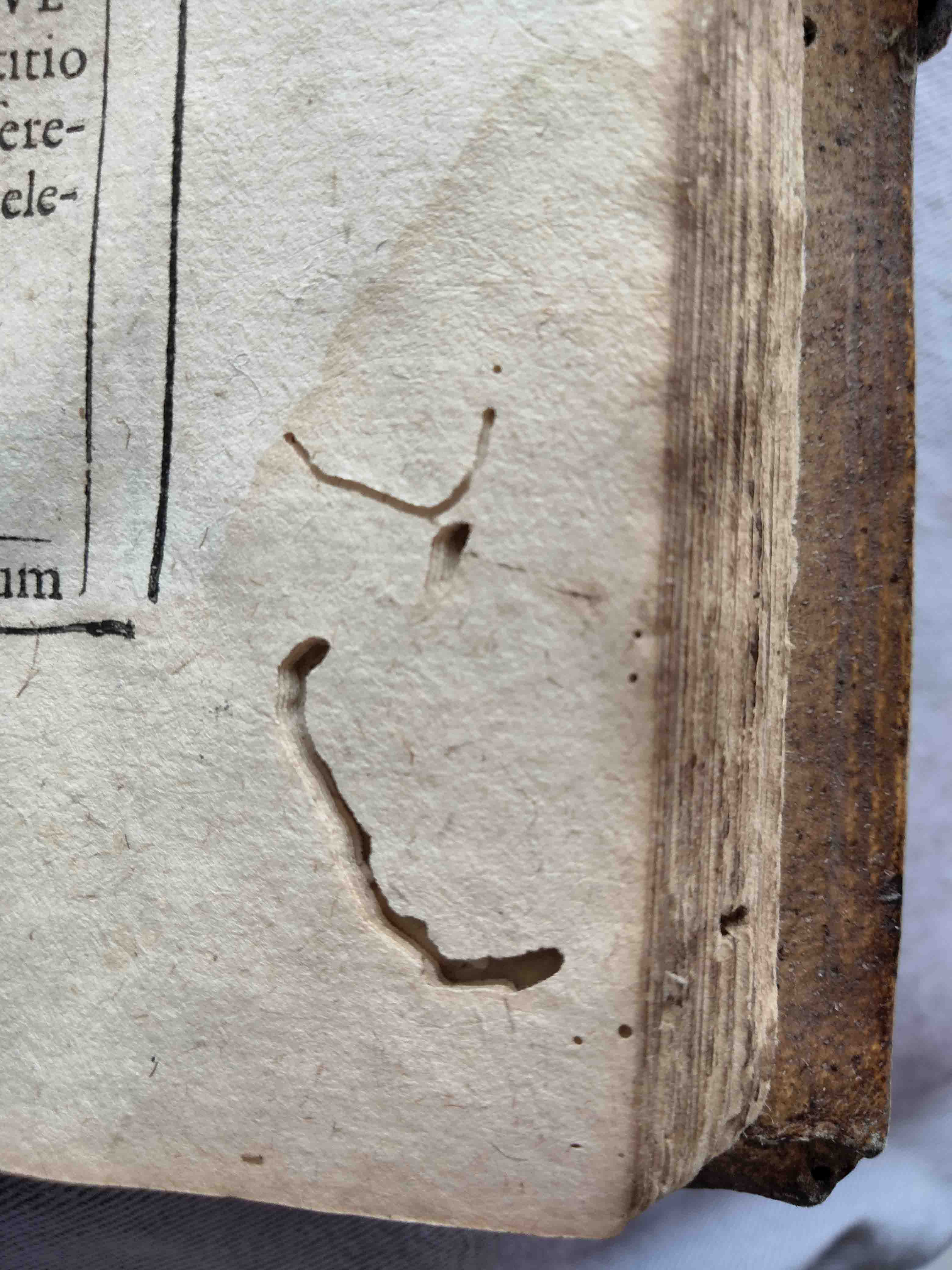 Our modern books usually lack insect damage, but early modern books were rife with bookworms feasting on the nutritious paper and bindings. Rare book collectors traditionally see these holes as welcome signs of antiquity and do not mind encountering them. If modern synthetic paper is undesirable even to maggots, how much more have its human consumers lost something valuable?

How widely was Hebrew used by Christians? – The Renaissance brought Greek into wider circulation among Christian scholars, but Hebrew scholarship followed slower. Occasional theologians had learned Hebrew from Jewish masters, such as Origen and Jerome in the patristic era or Bruno of Würzburg in the eleventh century. Antisemitism prevented widespread intellectual cooperation between Christians and Jews during the Middle Ages. Humanists, however, tended to be among the most culturally-open individuals in this period.

What is a “gloss”? – Glosses are any commentary to a text. They are the historical antecedents to our modern footnotes. Medieval scribes wrote glosses in the margins, between lines of text, or as separate bodies of text or even independent volumes. They could cite sources, elaborate on content, or give synonyms to aid the reading process. Getting glosses of different sizes to align to the biblical texts they described was a constant medieval challenge. According to one author, “In some late medieval glossed biblical manuscripts (and also early printed books, which imitated manuscript formats), the density of the commentary so far outweighed the original text that on some pages a small island of one or two lines of text was surrounded by an ocean of commentary.”

What’s going on in these title page illustrations? – This is perhaps the most distinct feature of the early modern book. For the first time, books could cheaply contain elaborate images. Medieval books had nothing equivalent to this, and so early modern printers needed to invent a whole new visual repertoire. They chose Greco-Roman architecture as the primary framing device: the classical colonnaded façade with its statues and Latin inscriptions came to introduce onlookers to printed works just as they had introduced visitors to grand buildings. The pieces are full of quirks that early modern Europeans collectively agreed to. Spoken words became streaming ribbons in the air. Symbolic images were drawn from medieval traditions of allegory or else newly coined. The standard piece contained horizontal registers with a left image designed to compare or contrast to an image on the right.