While waiting approval from the National Spurs, the group of freshmen and sophomores called themselves the “Zagettes”.  Starting in January 1952, the 35 members of the first group donned blue caps which were their honor badges while waiting to be recognized as Spurs.  They served as ushers and sold programs at basketball games and boxing matches.  They also helped out with the debate tournament. Those who signed up for this initial organization needed faculty approval.

According to the August 2, 1953 Bulletin, having an “interest and desire to serve your school are the only qualifications for the Zagettes.”  Recognized as a service club with the Associated Students of Gonzaga University (ASGU), they participated in school functions such as Campus Days and sponsored mixers/dances such as the Halloween Sock Hop.

Gonzaga did not receive national recognition until February 1955.  Afterwards, the “Zagettes” name was dropped and replaced by “Spurs”. 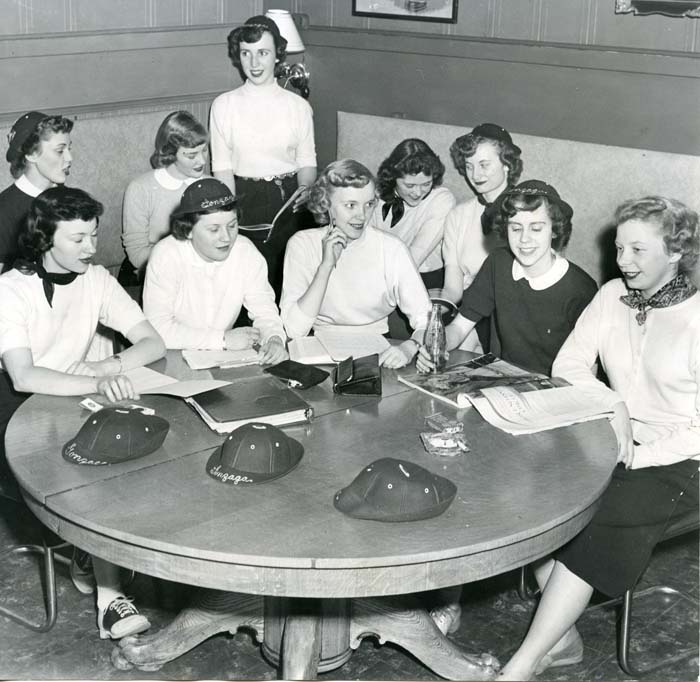 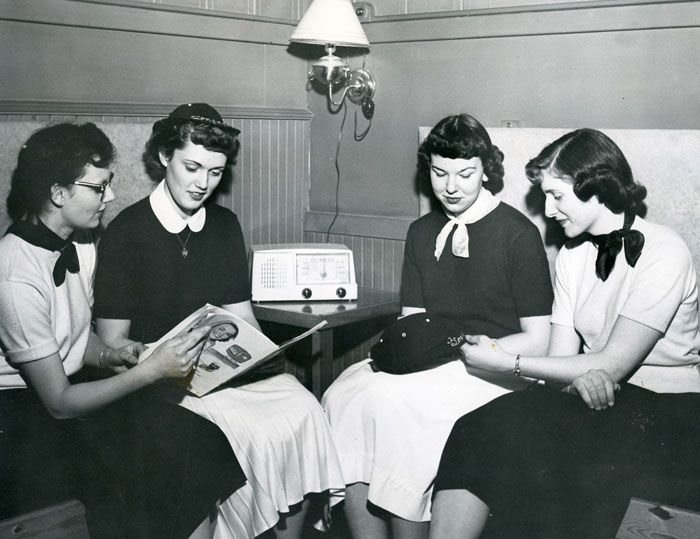 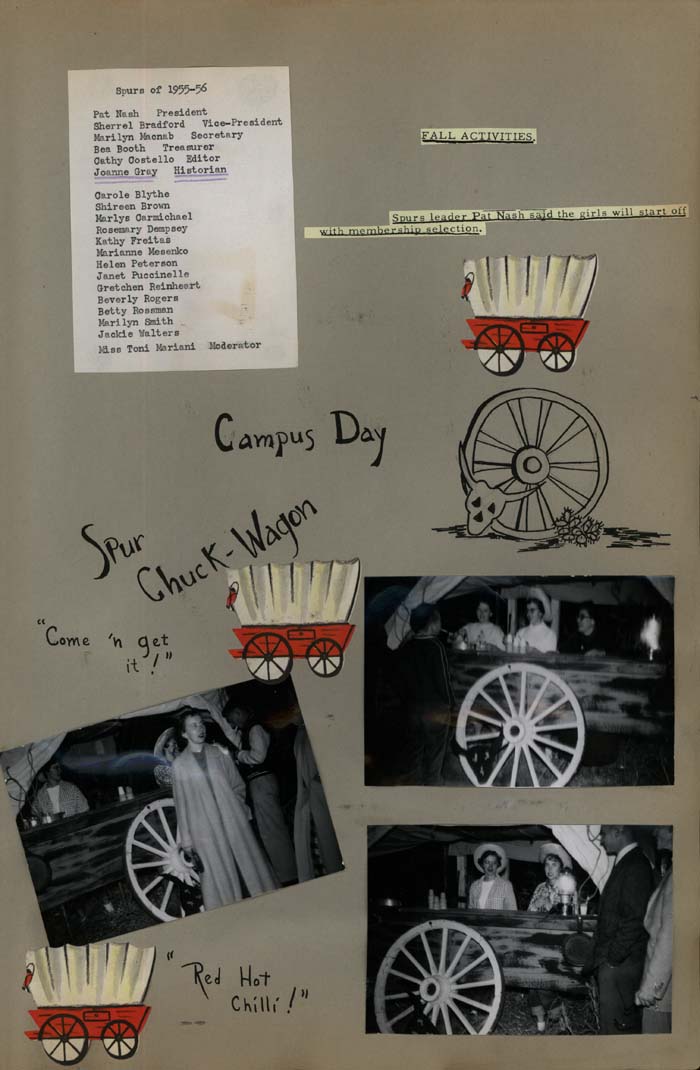 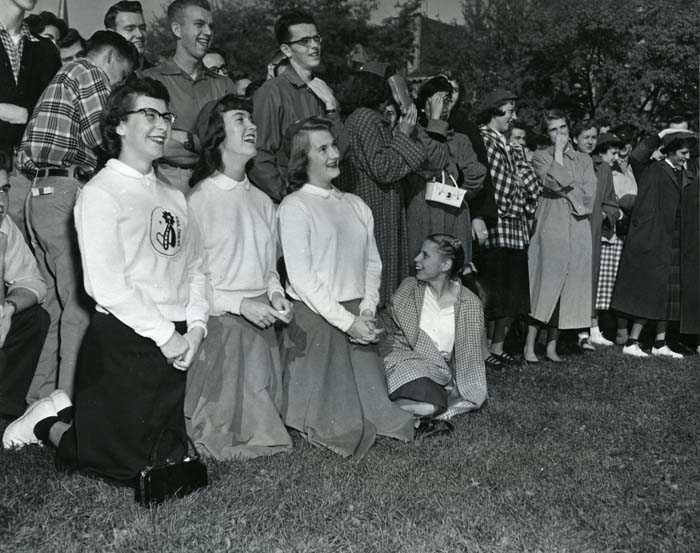 A Spur attends a campus event behind the Administration Building