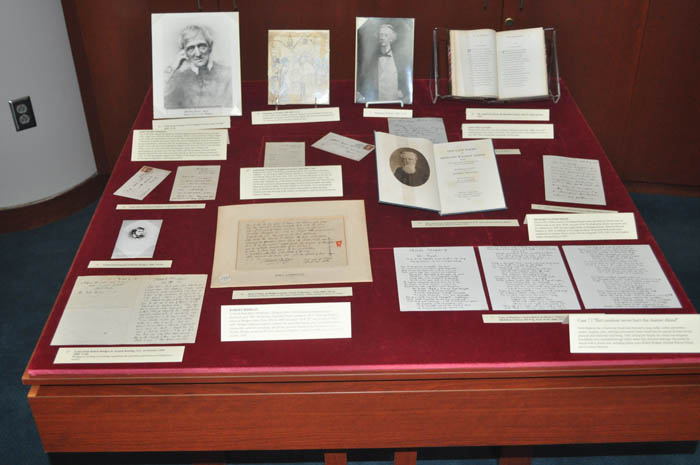 With Hopkins for a friend one could look forward to long walks, verbal and written candour, laughter, jests, and high seriousness; there would also be concern at times for his physical and emotional well-being. After joining the Jesuits, his closest non-religious friendships were sustained through letters rather than personal meetings. His poetry he shared with a chosen few, including fellow poets Robert Bridges, Richard Watson Dixon, and Coventry Patmore.

A friend from their Oxford days, Bridges (1844-1930) trained and practiced as a physician until 1881. He became England’s Poet Laureate in 1913. There are Hopkins letters to Bridges extant from 1863 to 1889; his poem “To R. B.” was written in April 1889. Bridges collected Hopkins’s poetry for more than twenty years and preserved the manuscripts until his own death; the albums are now housed in the Bodleian Library, Oxford. Bridges produced the first volume of Hopkins’s poetry in 1918, and co-edited the second, 1930. 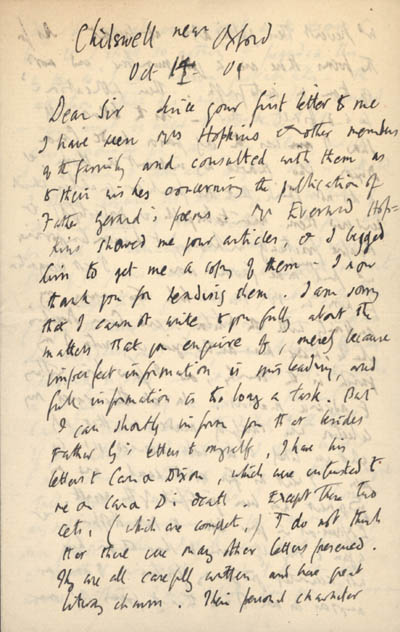 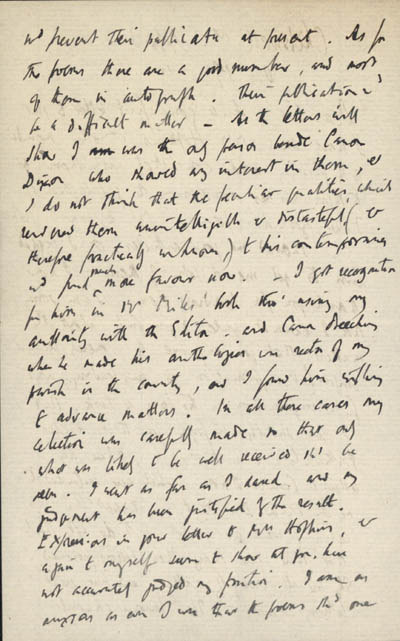 Bridges is writing to Keating regarding the possible publication of Hopkins’s poetry. 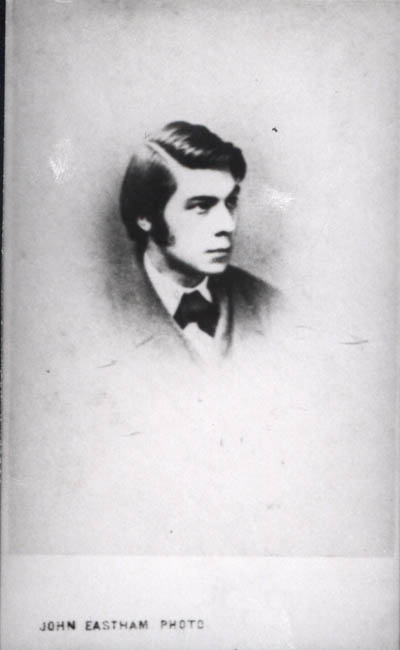 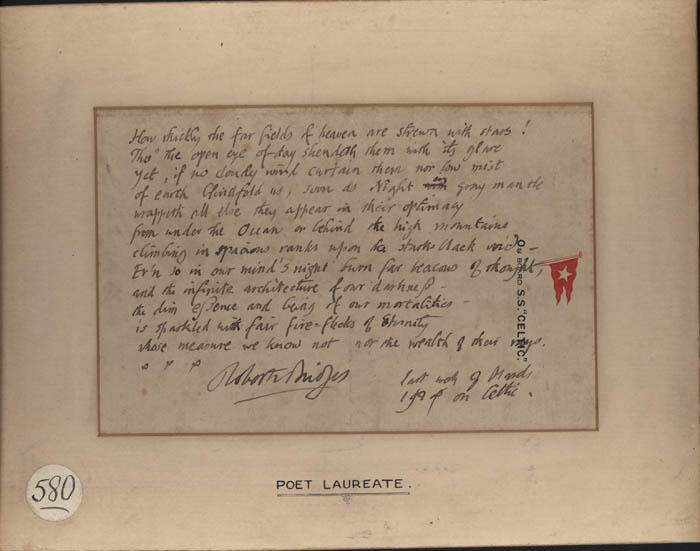 Written in March 1924, on the ship’s stationery, while sailing on the S. S. Celtic

Dixon (1833-1900), friends with Edward Burne-Jones and William Morris since his Oxford years in the early 1850s, was part of the Pre-Raphaelite artistic movement until his ordination in 1858. He also taught briefly at Highgate School, where he first met Hopkins in 1862. In addition to his religious duties, Dixon published poetry and a magisterial six-volume History of the Church of England (1878-1902). He and Hopkins began corresponding in 1878. 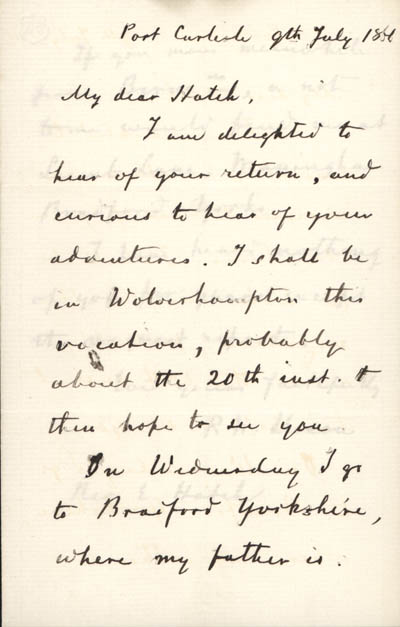 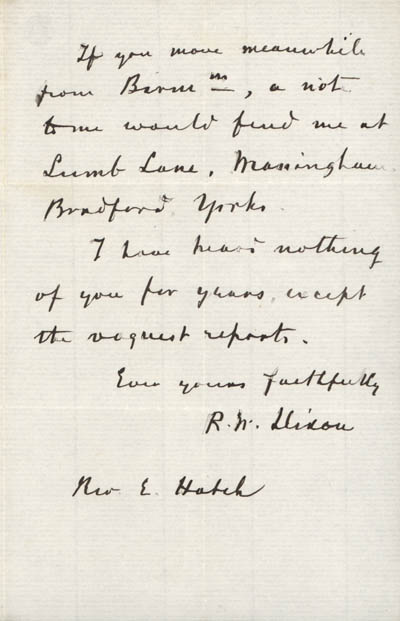 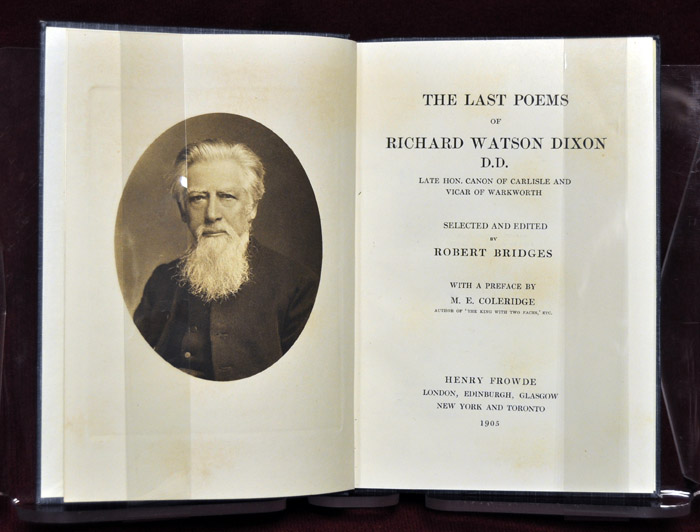 Patmore (1823-96), who converted to Roman Catholicism in the late 1860s, was a well-established poet (The Angel in the House, The Unknown Eros) when Hopkins met him in July 1883. They corresponded occasionally for five years. 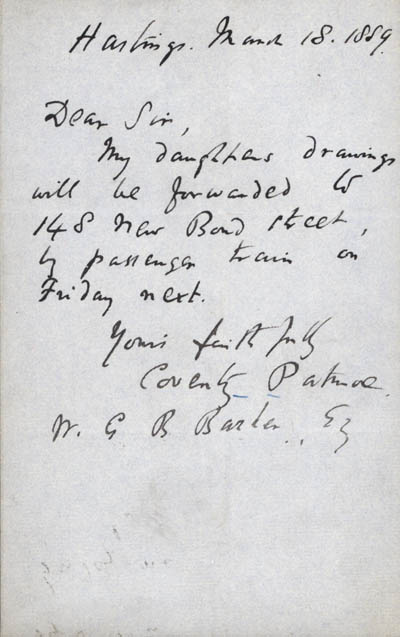 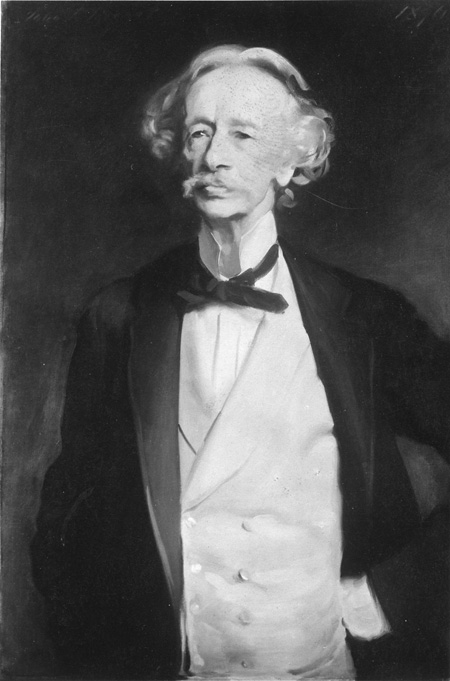 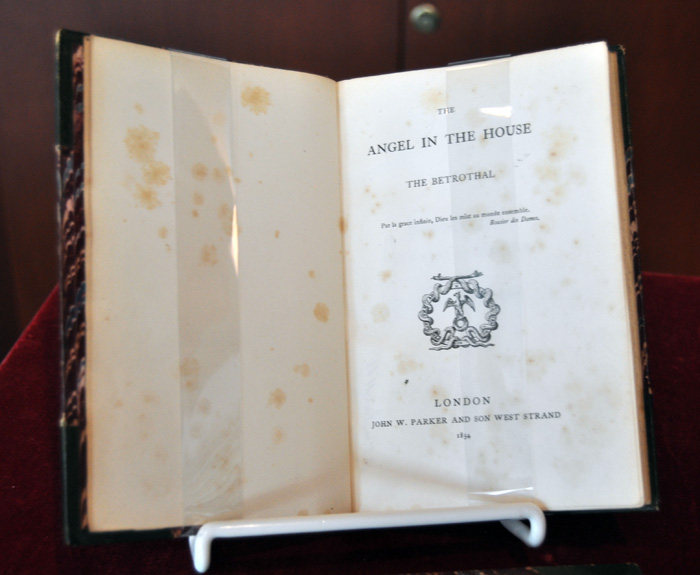 One of the most compelling figures in Victorian religious and cultural life, Newman (1801-1890) was a brilliant writer and apologist. While a Fellow of Oriel College, Oxford in the 1830s, he contributed to Tracts for the Times and the controversial “Tractarian” or reform movement within the Church of England. In 1845, he converted to Roman Catholicism, a decision that was as polarizing as it was famous. From Newman’s prolific canon, the texts most important to Hopkins were Tract XC (1841), Loss and Gain (1848, a novel in which an Oxford undergraduate “goes over” to Rome), the autobiographical Apologica pro Vita Sua (1864), and The Grammar of Assent (1870). In 1867-68, Hopkins taught at the Philip of Neri Oratory boys’ school co-founded by Newman in Edgbaston, a Birmingham suburb. 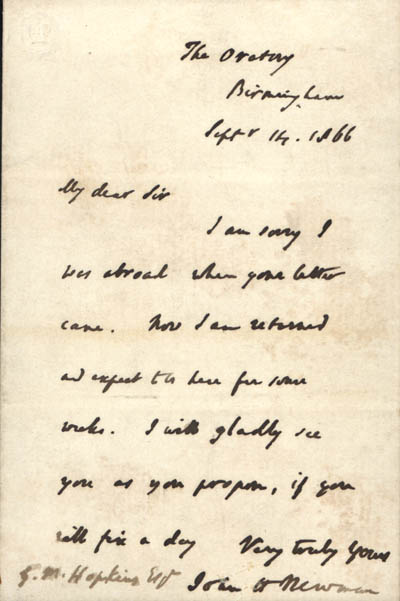 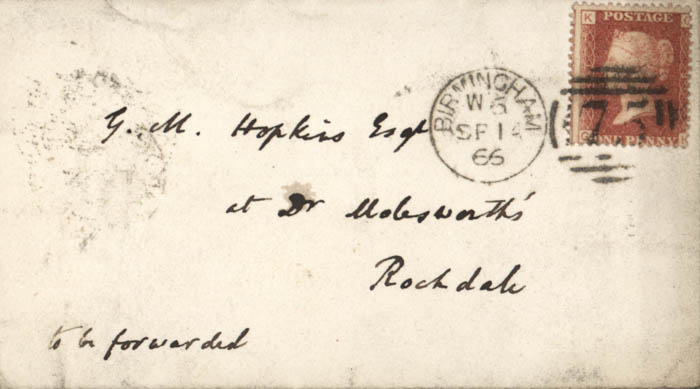 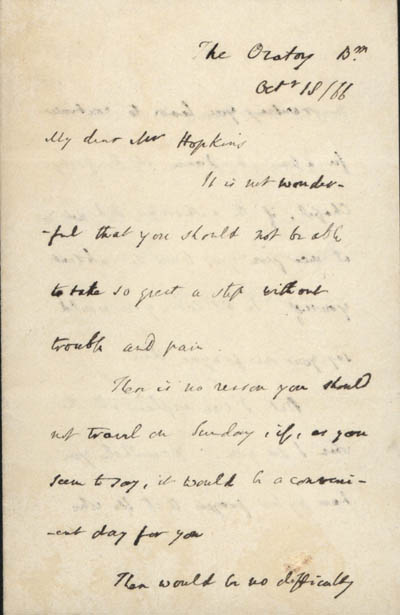 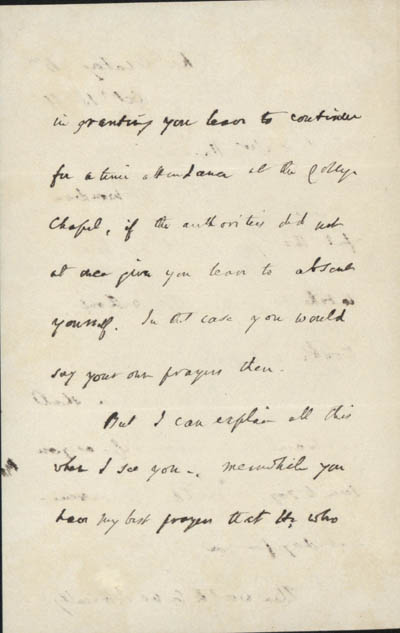 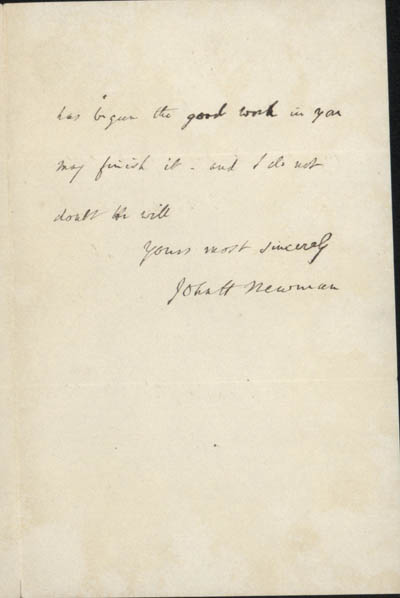 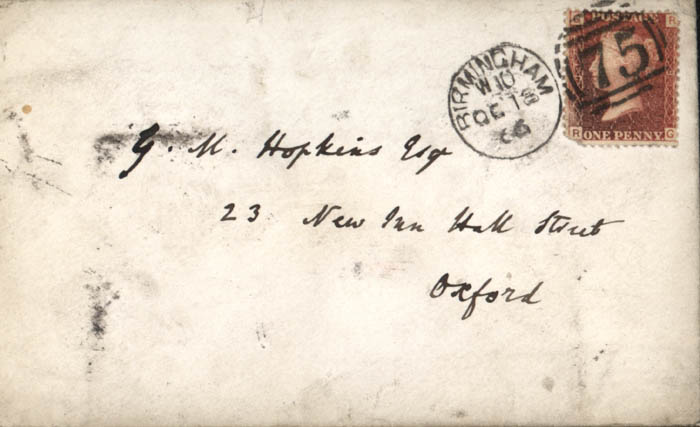 Hopkins first wrote to Newman, explaining that he was “anxious to become a Catholic,” on 28 August 1866. Newman replied on 14 September: “I am sorry I was abroad when your letter came. Now I am returned and expect to be here for some weeks. I will gladly see you as you propose, if you will fix a day.” One month later, Hopkins was in the throes of making arrangements with Newman for his formal conversion and answering angry missives from his father and urgent pleas from Canon Liddon. Newman replied on 18 October: “It is not wonderful that you should not be able to take so great a step without trouble and pain. . .” Hopkins met with Newman at the Oratory on October 21 and was received into the Church of Rome. 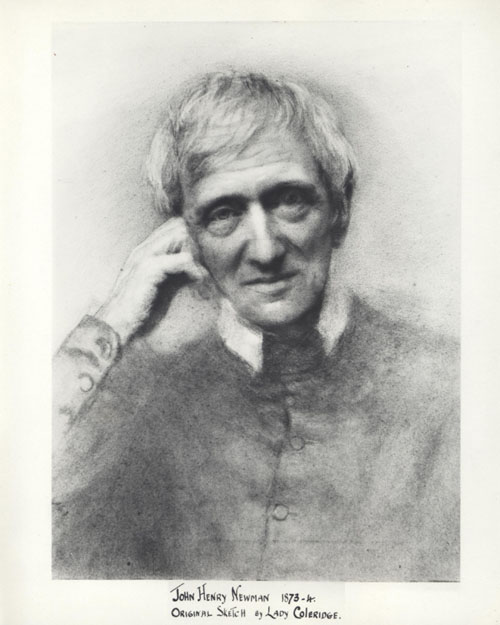 In May 1880, on the occasion of the new cardinal’s visit to Oxford, Newman was lampooned for trying to convert Oxonians (again). The church in the background is St. Aloysius; Jesuits are featured in black top hats. 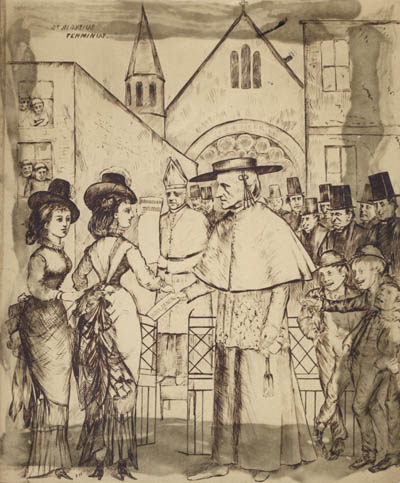