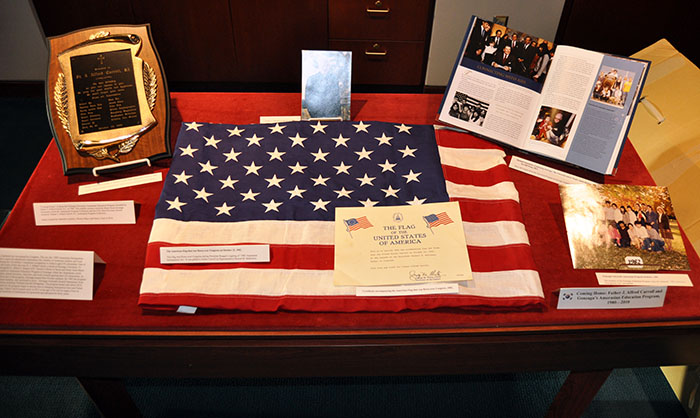 In 1982, a landmark act was passed by Congress. This act, the ‘1982 Amerasian Immigration Act,’ made it easier for abandoned Amerasians (the children of American soldiers and local women during the US military’s numerous occupations in Asia) to gain US citizenship. One of the main advocates of this law was Father J. Alfred Carroll, a Jesuit at Gonzaga University. Father Carroll, alongside Father Alfred V. Keane of St. Vincent’s Home in Seoul and Sister Anne Marie Willig, created an Amerasian Education Program at Gonzaga, where the Amerasians could learn English, attend university, find jobs, and work towards gaining their US citizenships. In 1980, the first year of the program, Gonzaga hosted three students from Korea. By 1982, the program had seventeen students and continued to grow.  Gonzaga eventually hosted Amerasians from other countries as well, including Thailand and the Philippines. The program lasted until about 2010, after the need for the program began to decline due to changing immigration laws and Father Carroll’s age. Father Carroll passed away in 2013 at the age of 84, but his legacy lives on through the hundreds of Amerasians he sponsored and educated for thirty years.

Certificate accompanying the American Flag that was flown over Congress, 1982. 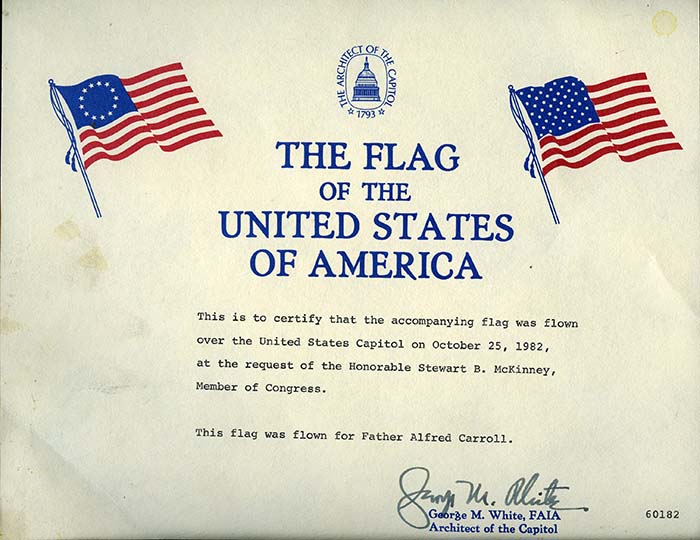 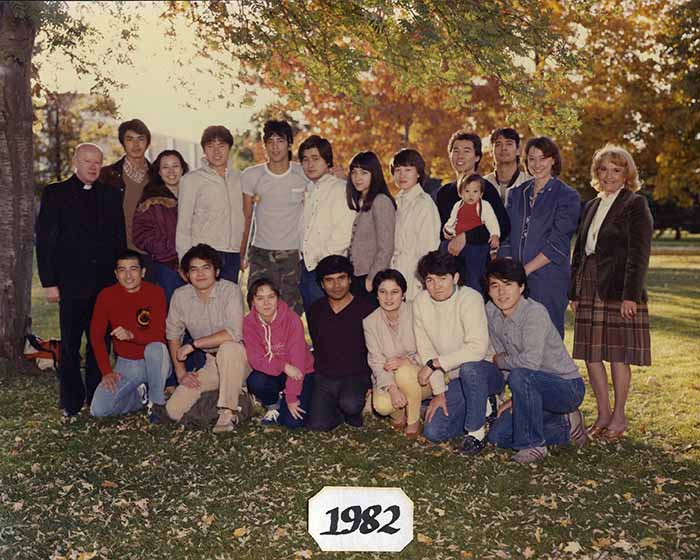 The students of the Gonzaga Amerasian Program when the landmark ‘1982 Amerasian Immigration Act’ was passed. 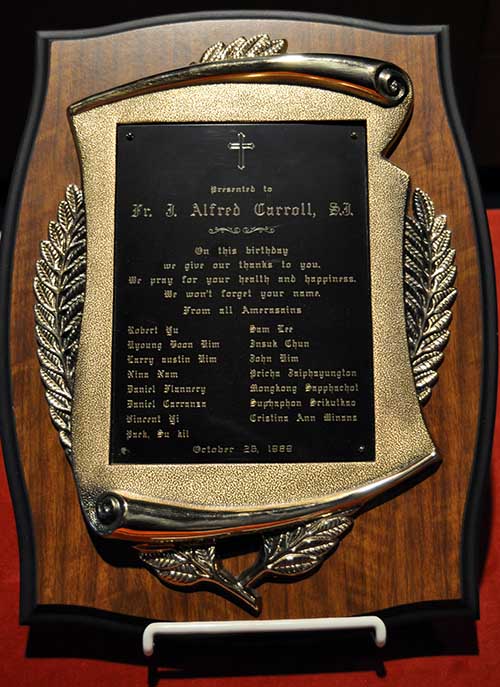 A plaque given to Father Carroll by his 1989 Amerasian students for his birthday. 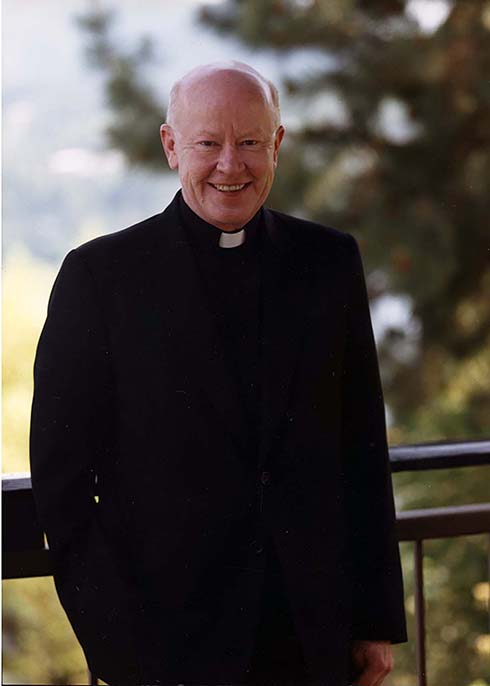 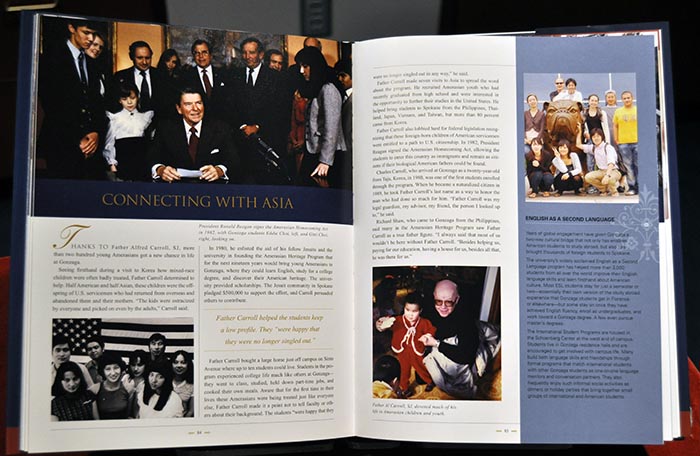 Story and images about the Amerasian Program at Gonzaga started by Fr. Carroll, S.J.