Fr. Jette not only became a master of the Ten'a language, but he also completely immersed himself in Ten'a culture. He spent his days studying their rituals, their hierarchy, their customs, their folklore, their history and the people themselves. Fr. Louis Renner in his biographical sketch of Fr. Jette provides an important insight in understanding the way in which Fr. Jette studied and interacted with the Ten'a Natives. Fr. Renner stated: "One may wonder how he could accomplish so much, both as a scholar of the Ten'a and as a missionary to them. This he could do because these two capacities of the man often coincided. Whenever and in whatever capacity he dealt with his people, he [was] always observing them, learning from them and exercising some influence over them. In many respects a missionary excursion was for him at the same time also a scientific field trip." In a letter to his superiors, Fr. Jette wrote: "I am indeed very much like a native on the point of sensitiveness, and this gives me a wonderful facility to understand them." However, Fr. Jette worked with the Ten'a in a time, where white individuals believed that Native Americans were less human than white people. He expressed his the ethnocentric and condescending views of Alaskan Natives in the ways that he addressed and wrote about the Ten'a. 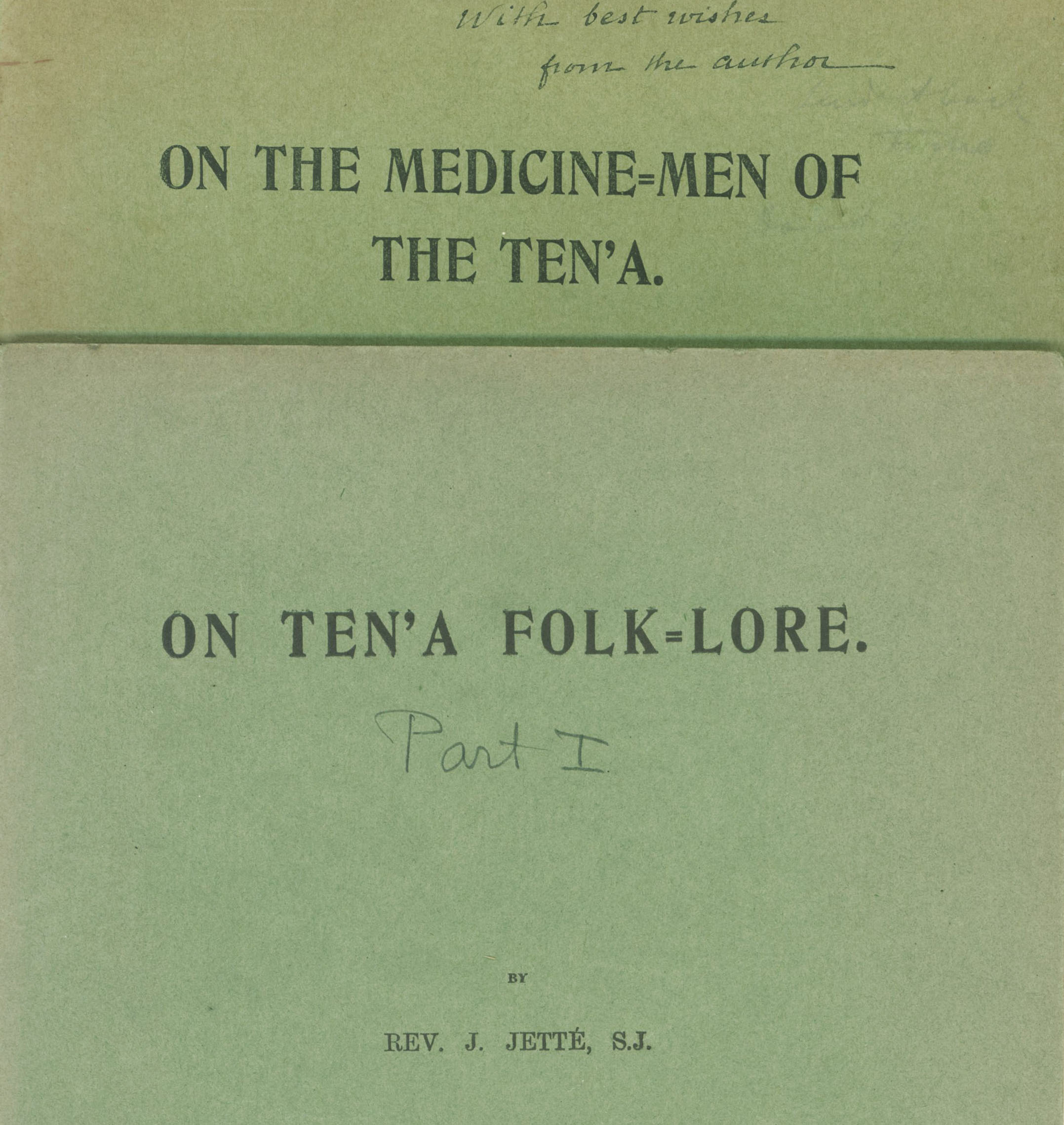 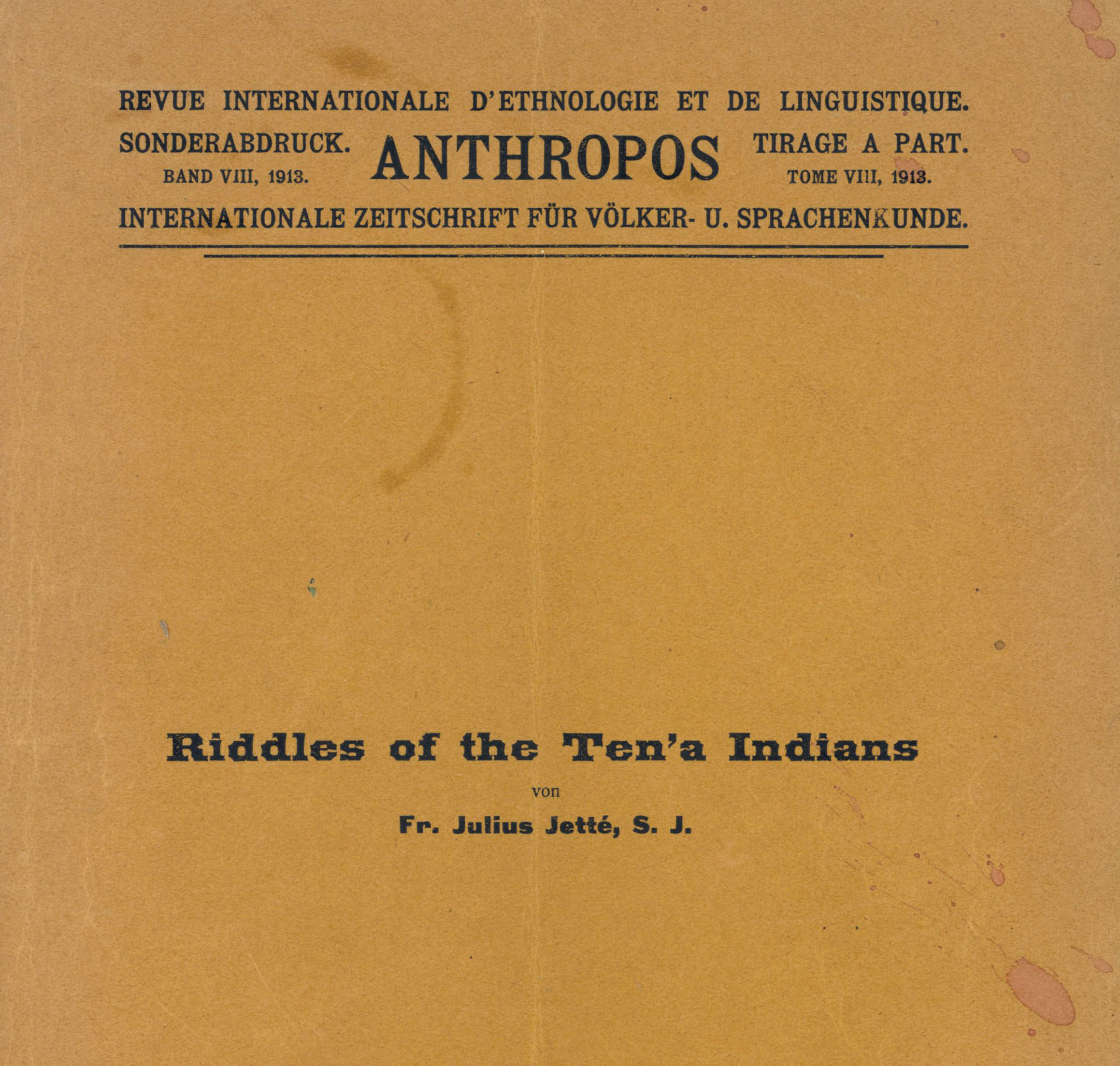 Shown above are examples of the published ethnographic works of Fr. Jette

Fr. Jette's perfectionist characteristics assisted in his creation of "On the Geographical Names of the Ten'a" and "On the Migrations of the Ten'a." Fr. Jette carefully collected vocabulary words to describe landmarks and landmasses, which he then used to construct detailed maps of Alaska. Fr. Jette's work with the languages of the Alaskan Natives and his construction of the geographical names of the landscape allowed for the construction of the map below detailing the different placename languages, the different tribes of Alaskan Natives and their location. His work on displaying the concentrations and locations of Alaskan Natives still continues to be used today. In addition, Fr. Jette's census works adds another layer of richness regarding the understanding of the size and nature of populations of the Alaskan Natives living in and around the Nulato area. 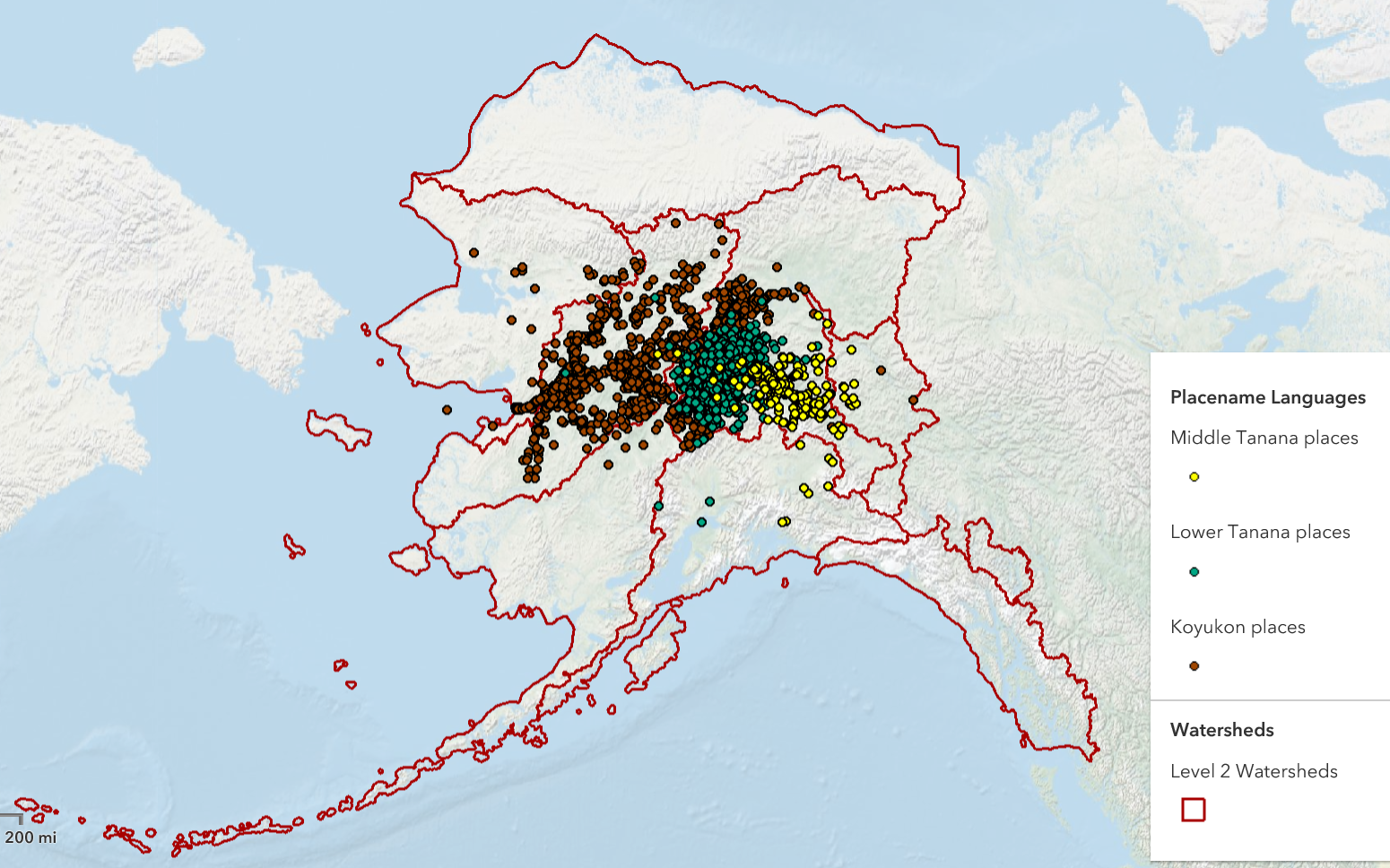 The manuscript included below seems to be a draft. Fr. Jette tirelessly revised his work to make sure that it reached perfection. Even manuscripts not in final form contain vital information about the Ten'a and the rest of the Alaskan Native Americans.

In addition to mapping and naming the geography of Alaska, Fr. Jette worked on creating a census record of Alaska, specifically the region of Nulato. Fr. Jette's census records demonstrate his work ethic towards any subject matter relating to the Nulato Ten'a Native population. His census work was orginally meant to be an extension of his missionary duties; however, it added to the richness of his geographical work because today's scholars can view these census records and gain an understanding for the populations of the Native Alaskans living in Nulato and the surrounding areas.

Manuscripts on Ten'a Culture and Customs

Fr. Jette constantly interacted with the Ten'a and their culture and customs. When his superior asked him to return to Canada to teach, the students observed him smoking a pipe during class and wearing moccasins. With this description of Fr. Jette upon his return to Canada, an onlooker can see the sheer devotion that Fr. Jette showed towards the Ten'a Natives, which translated over to his analysis and recording of their culture and customs. 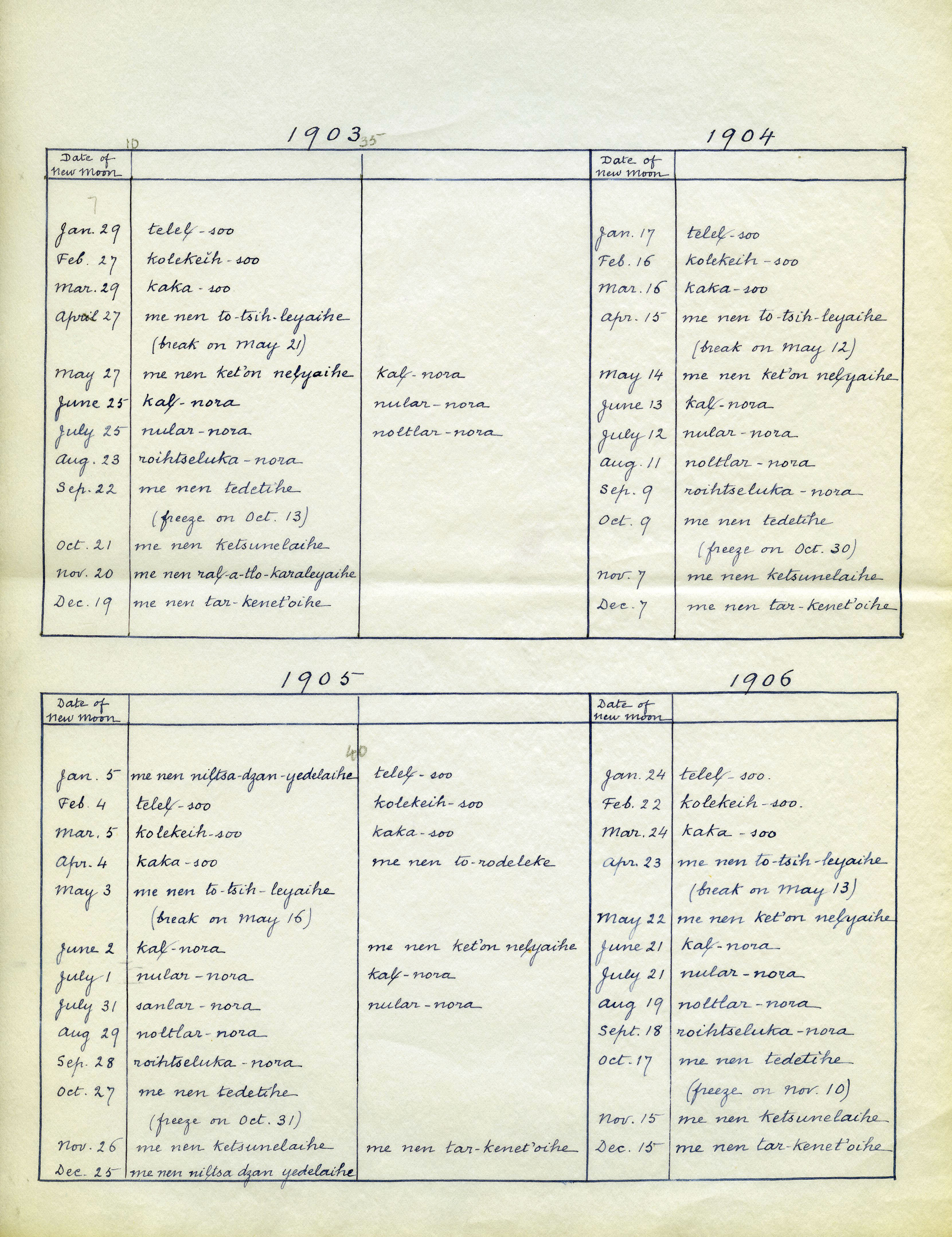 In this manuscript, Fr. Jette presents his research in how the Ten'a keep track of time and history. He pointed out that the Ten'a don't have any record of time, their history remains mainly in oral tradition. Even with the oral tradition, it proved difficult to decipher whether a story recounted an historical event or if it was completely a myth. Fr. Jette discussed the perculiar aspects of the Ten'a oral tradition, when he wrote: "The record of them is kept by the old people, and is not transmitted to the younger folk: it lasts, therefore, as long as the old people live, but no longer. When they die, the record perishes with them, and the memory of the facts which they had witnessed and were want to relate, is soon obliterated."

Manuscripts of the Ten'a Society

Fr. Jette observed the Ten'a Native's interactions with each other, as well as, the organization of their society. Since he lived and served among them, Fr. Jette gained an interesting perspective as an outsider that had become a part of the community. The following samples demonstrate Fr. Jette's dedication to studying the Ten'a people, as well as his skill and ability within the study of ethnography. 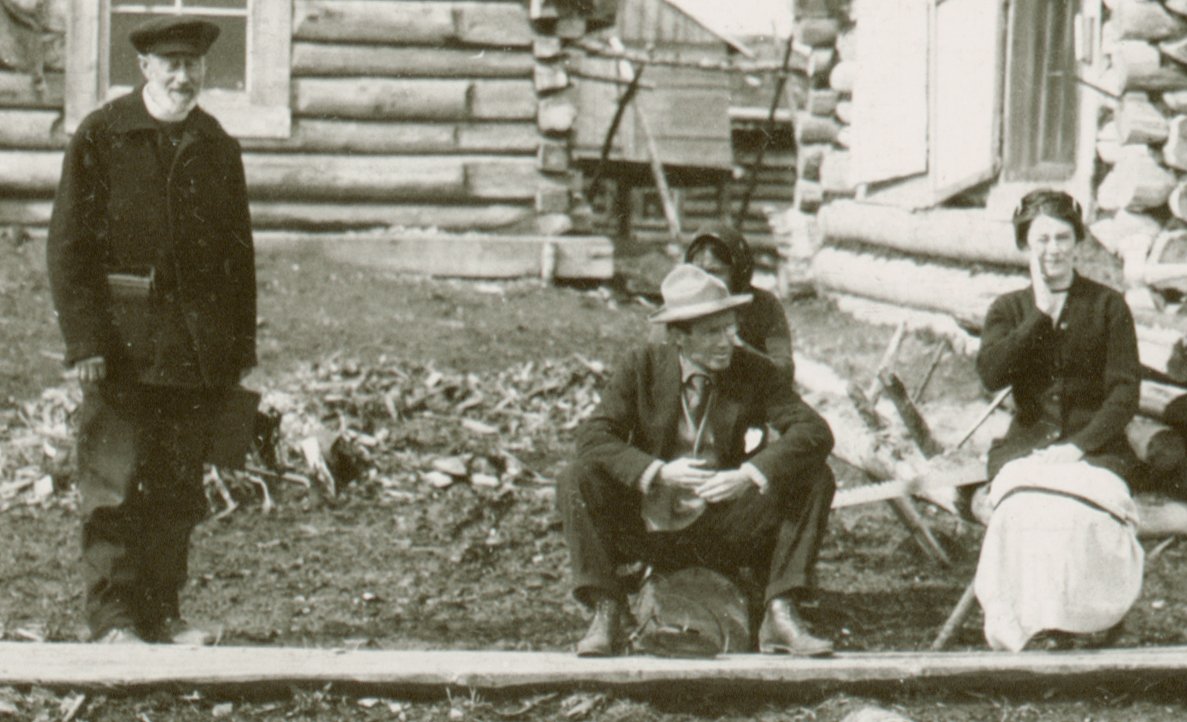 The following is an excerpt from introduction of Fr. Jette's "On the Social Condition of the Ten'a." Jette wrote: "The Ten'a, as referred to in the following remarks, constitute a small group belonging to the widespread Athahskan stock. They inhabit the interior of Alaska and those with whom this paper deals live on the Yukon River and its tributaries between Tanana down to Koserefsky ... They are here styled Ten'a a word which, in their language, means man or men." The following manuscript analyzes the culture and customs of the Ten'a, which Fr. Jette connected to broader philosophical and ethnographic concepts.

"On the Organization of the Ten'a," also known as "L'Organization Sociales des Ten'as," focuses on the organization and hierarchy of the Ten'a Natives. Fr. Jette discussed that the Ten'a don't have any chiefs; instead, their society existed as a sort of communism without authority. Public opinions were the sovereign aspect that ruled their society.