UASC's Believe It or Not: Oddities, Rarities & Treasures from the Foley Vault: Case 2 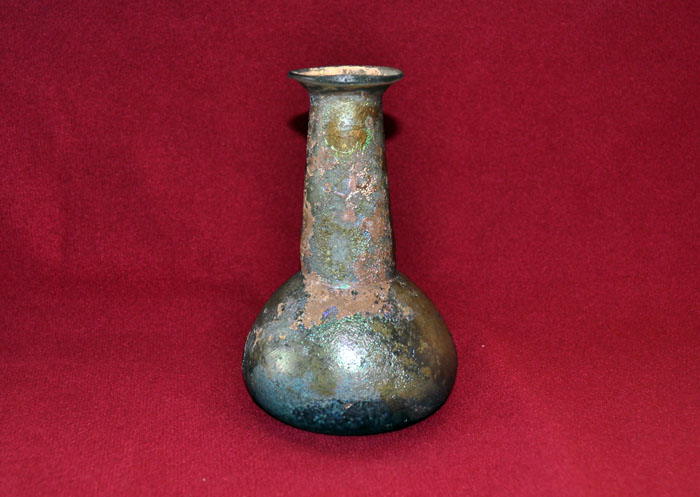 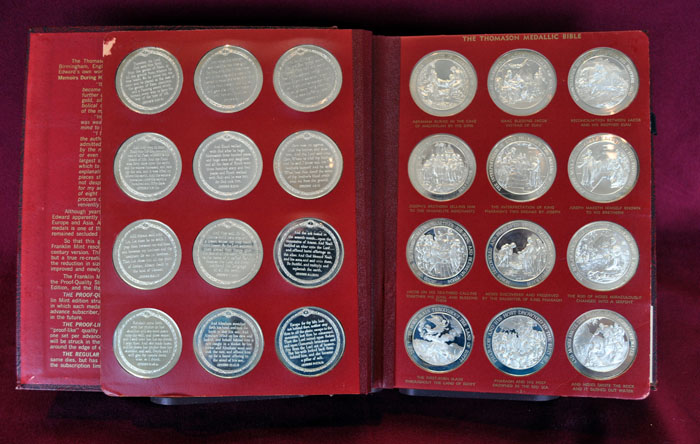 This is the Franklin Mint’s 20th century re-creation of the sixty medals originally struck by Sir Edward Thomason in 1830. Selected Bible scenes by Raphael, Rubens, Titian, Rembrandt, Murillo, and others appear on the front of each medal. Newly-selected Biblical quotations appear on the reverse of each medal. This set is of proof quality sterling silver, issued in limited quantity before the dies used to produce the medals were destroyed. The Medallic Bible is considered one of the greatest numismatic achievements of all time. 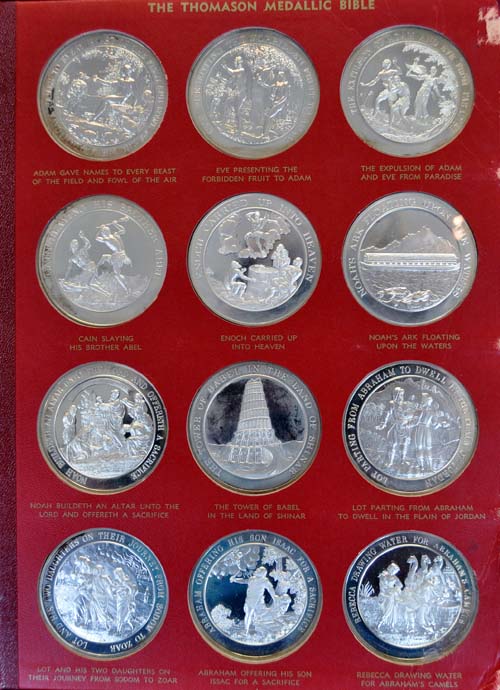 A single page of the Medallic Bible 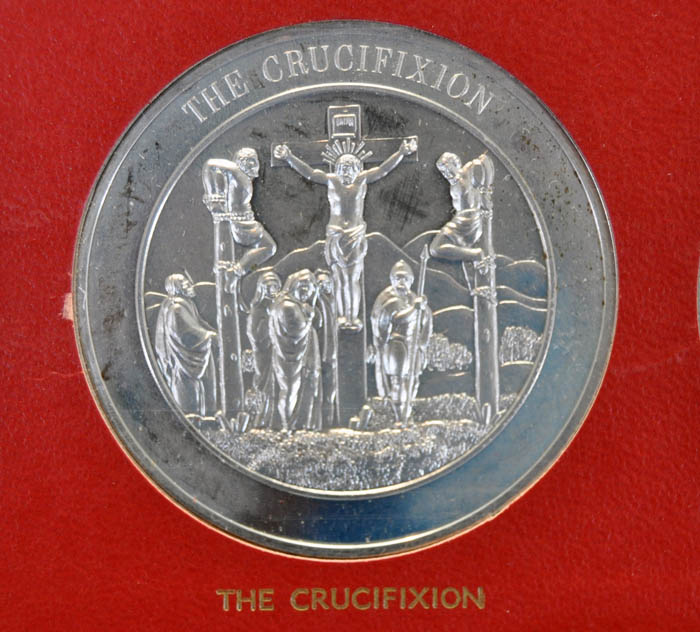 Detail of the medal depicting the crucifixion of Jesus 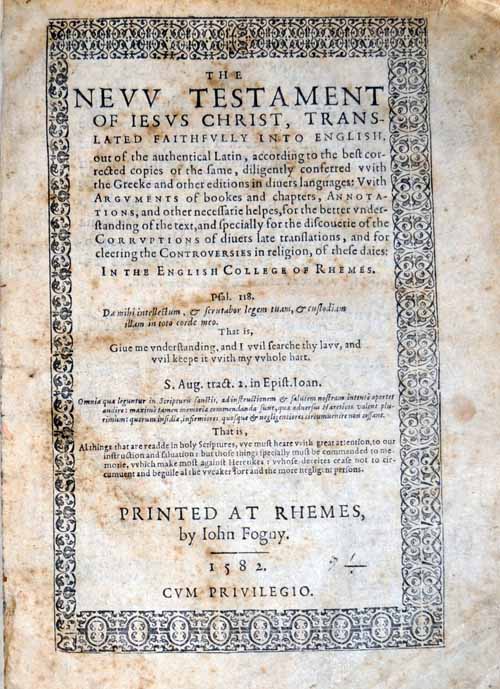 The Douai-Rheims Bible was prepared by English Roman Catholic priests in exile. Their translation was based on St. Jerome’s Latin Bible in the official Vulgate edition commissioned by the Pope in accordance with the recommendations of the Council of Trent. The New Testament was published first, at Rheims, in 1582. For practical reasons, the English College was moved to Douai shortly thereafter, where the Old Testament was printed in 1609-1610.

The Douai-Rheims Bible was the standard text for English speaking Roman Catholics for centuries. The copies displayed, all first editions, are extremely rare. 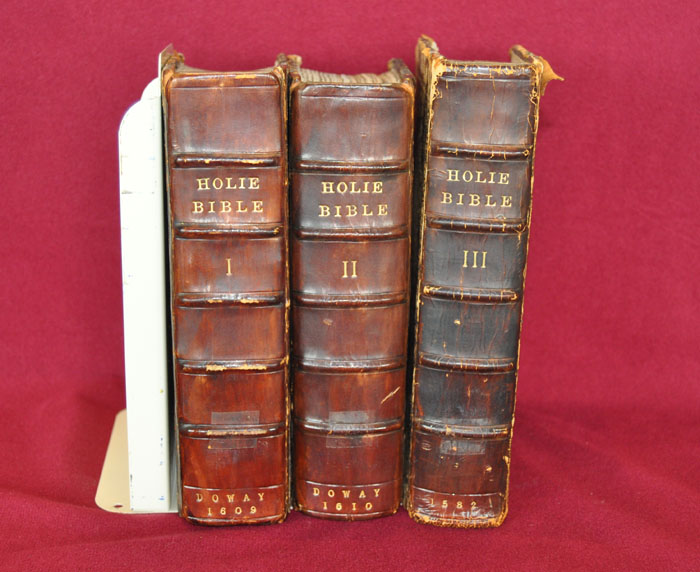 All three volumes of the Douai-Rheims Bible 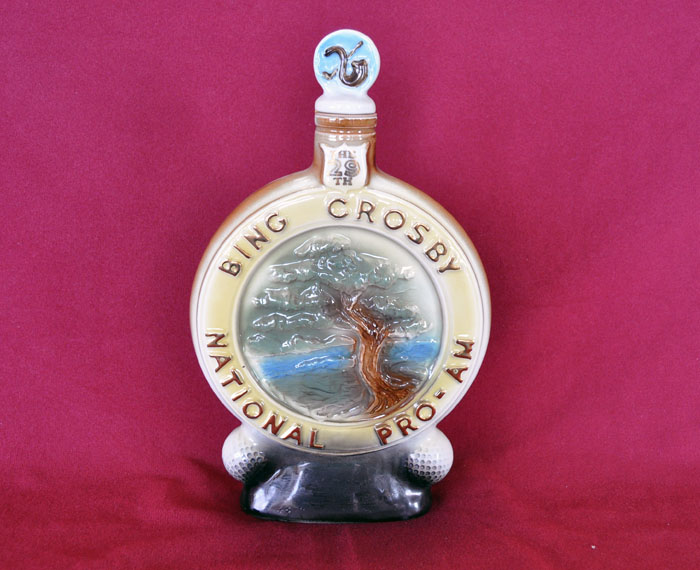 Golf decanters were very popular in the 1970s and were highly collectible souvenirs from some of the most popular tournaments.  This commemorative decanter is from the 29th annual Bing Crosby National Pro-Am Championship, held in 1970 and still contains what is now very well-aged Jim Beam bourbon whiskey. 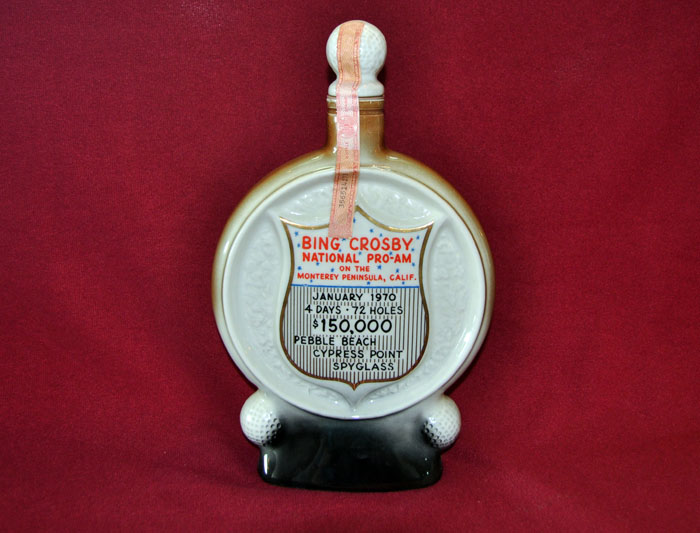 Reverse side of the decanter