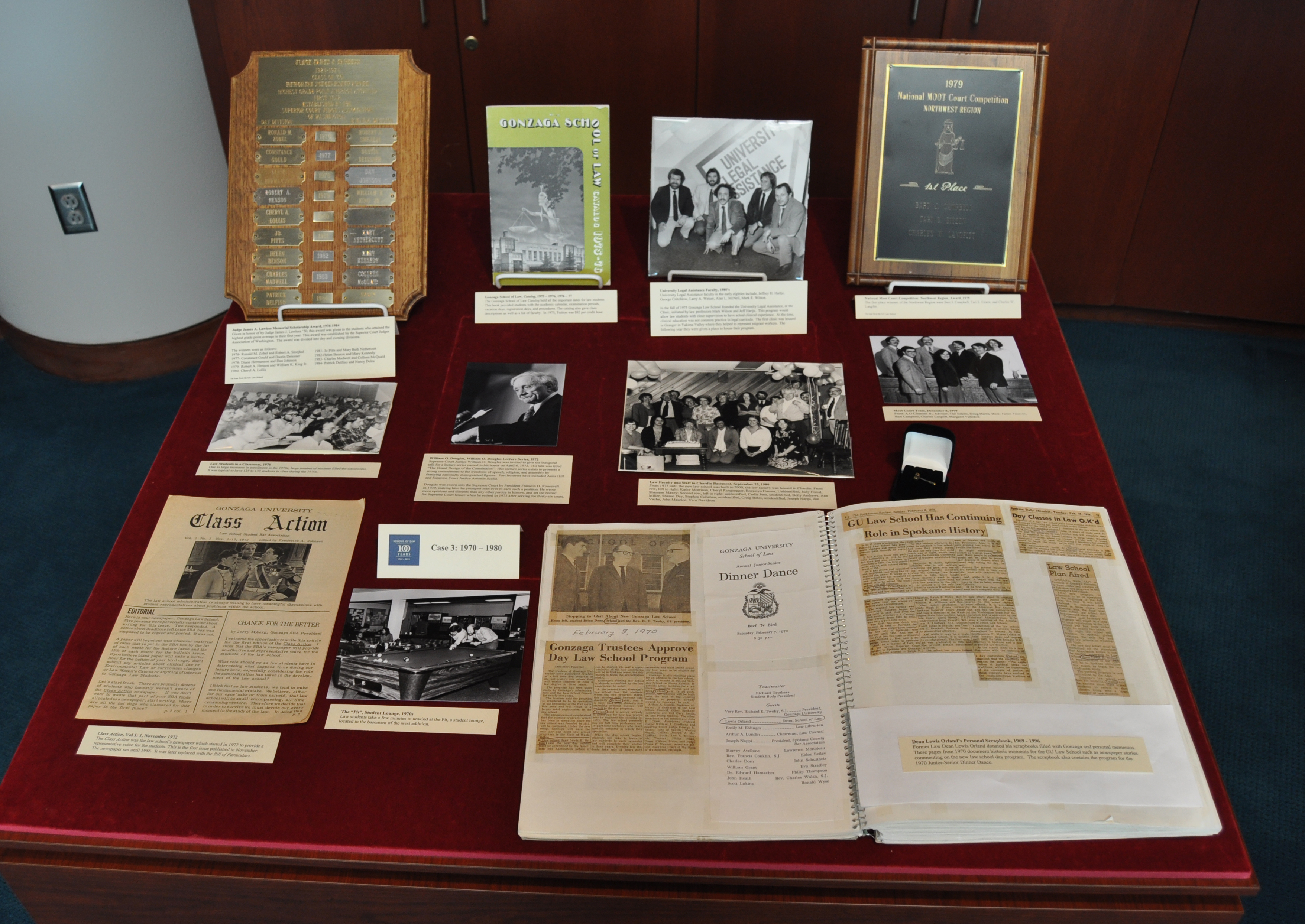 In 1970 Gonzaga’s Law School began offering day classes.  Up to this point, classes were only taught in the evening.  One of the reasons for this change was the lack of accreditation of the American Association of Law Schools.  Enrollment figures grew in the late 1960s to through the 1970s.  From 1968 to 1972 the number of law students quadrupled. 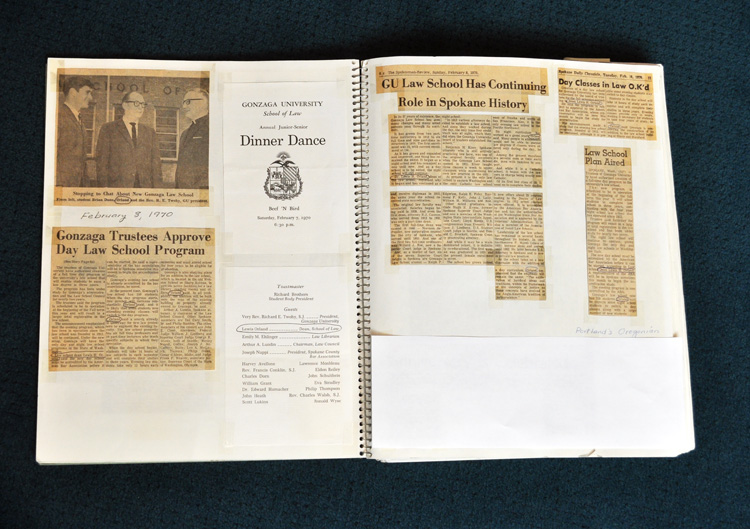 Former Law Dean Lewis Orland donated his scrapbooks filled with Gonzaga and personal mementos. These pages from 1970 document historic moments for the GU Law School such as newspaper stories commenting on the new law school day program.  The scrapbook also contains the program for the Junior-Senior Dinner Dance from 1970. 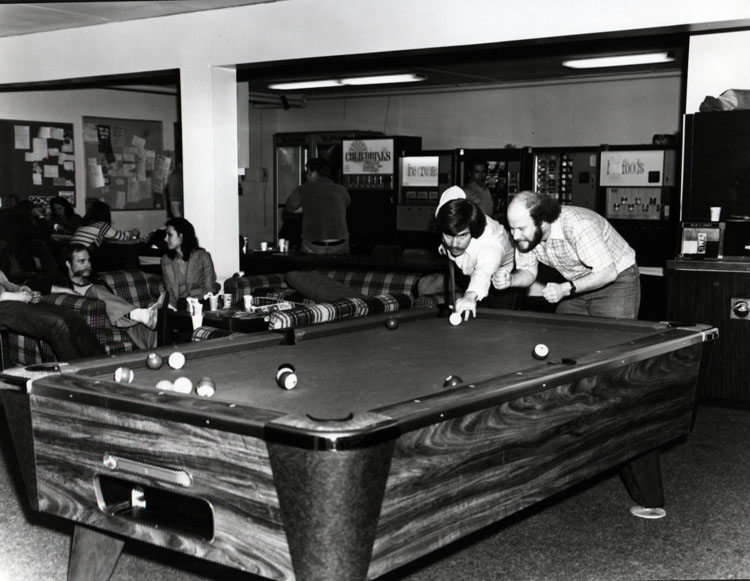 Law students spend time in the Pit, a student lounge, located in the basement of the west addition.

The Class Action was the law school’s newspaper which started in 1972 to provide a representative voice for the students of the school. This is the first issue published in November.  The newspaper ran until 1986.  It was later replaced with the Bill of Particulars. 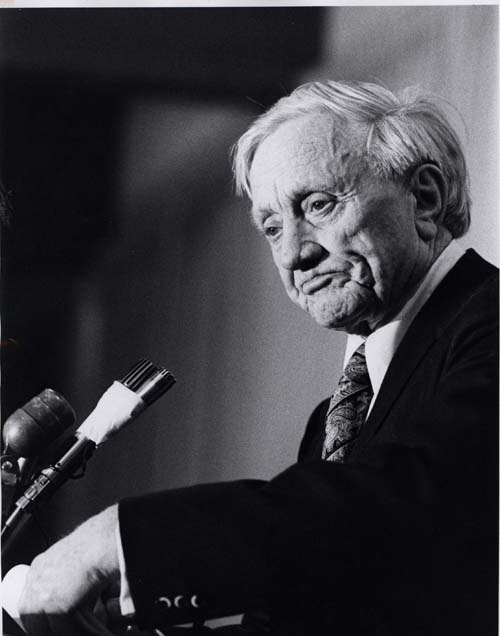 Supreme Court Justice William O. Douglas was invited to give the inaugural talk for a lecture series named in his honor on April 6, 1972.  His talk was titled “The Grand Design of the Constitution”. This lecture series exists to promote a strong commitment to the freedoms of speech, religion, and assembly by featuring nationally distinguished figures.  Past lecturers have included Anita Hill and Supreme Court Justice Antonin Scalia.

Douglas was sworn into the Supreme Court by President Franklin D. Roosevelt in 1939, making him the youngest man ever to earn such a position. He wrote more opinions and dissents than any other justice in history, and set the record for Supreme Court tenure when he retired in 1975 after serving for thirty-six years. 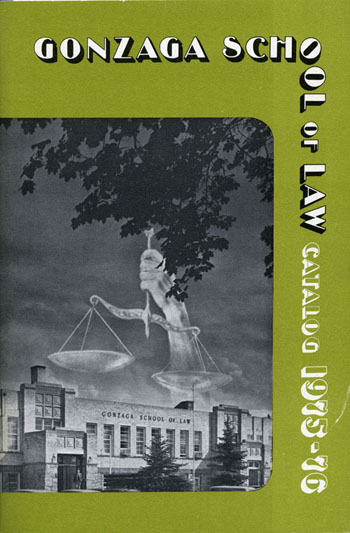 The Gonzaga School of Law Catalog held all the important dates for law students. This book provided students with the academic calendar, examination periods, vacation days, registration days, and procedures. The catalog also gave class descriptions as well as a list of faculty.  In 1975, Tuition was $82 per credit hour. 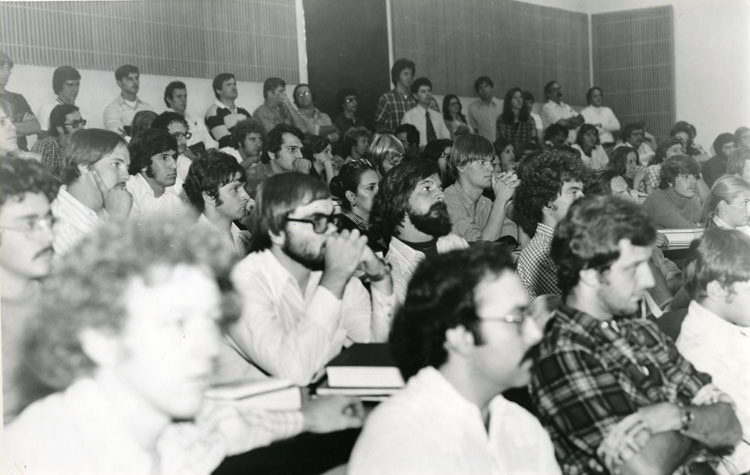 Due to large increases in enrollment in the 1970s, large number of students filled the classrooms.  It was typical to have 125 to 130 students in class during the 1970s. 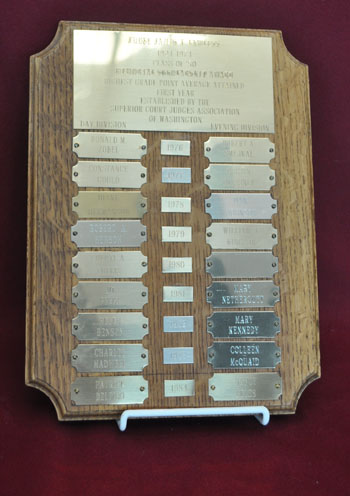 Given in honor of by Judge James J. Lawless ‘50, this award was given to the students who attained the highest grade point average in their first year. This award was established by the Superior Court Judges Association of Washington.  The award was divided into day and evening divisions.

The winners were as follows:

On loan from the GU Law School 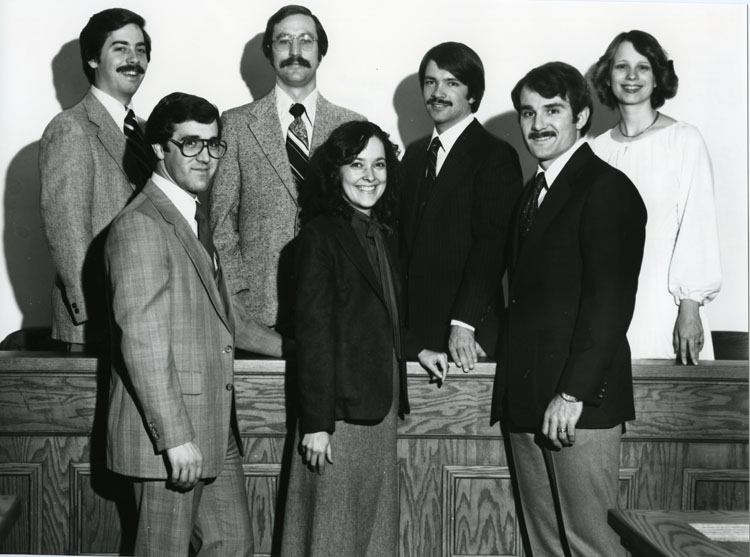 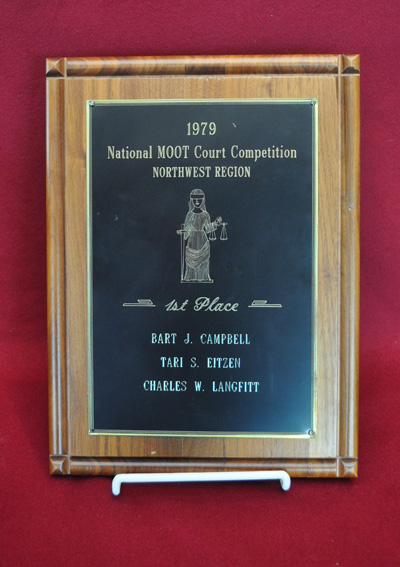 On loan from the GU Law School 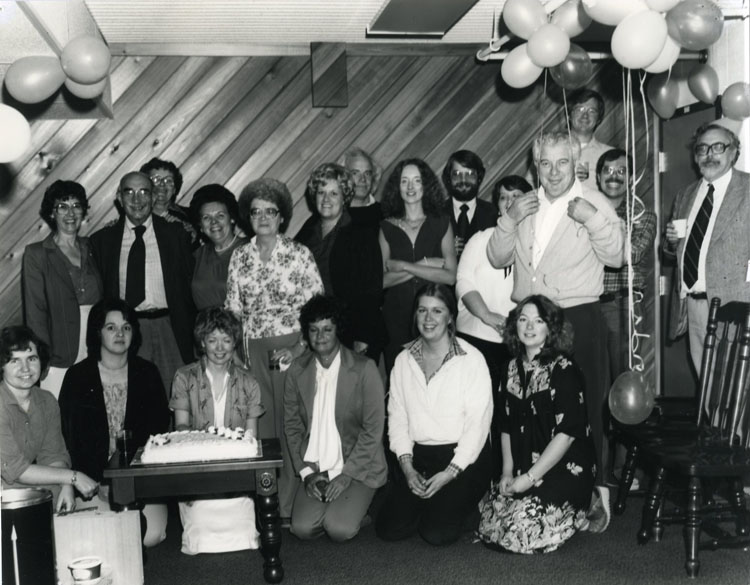 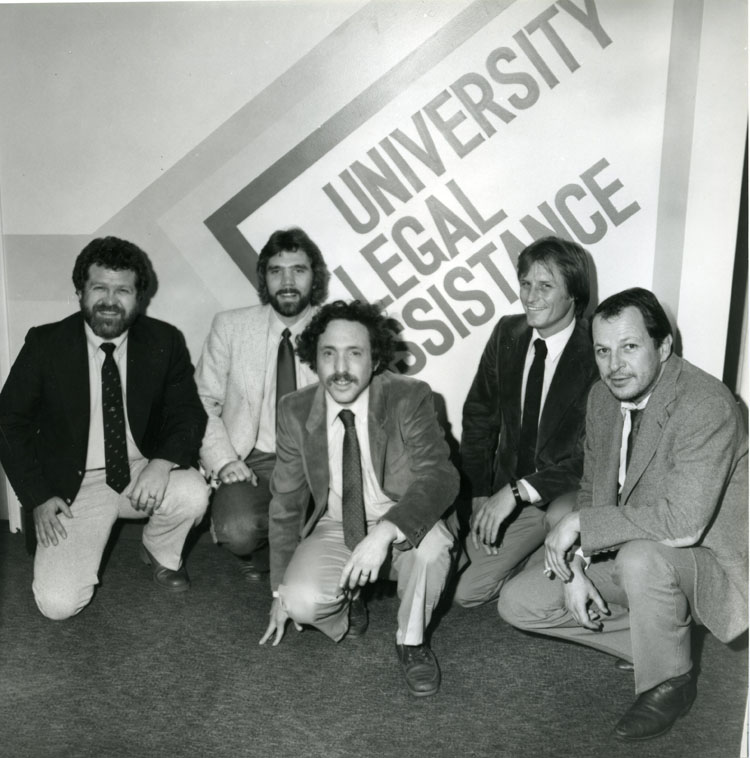 In the fall of 1975 Gonzaga Law School founded the University Legal Assistance, or the Clinic, initiated by law professors Mark Wilson and Jeff Hartje.  This program would allow law students with close supervision to have actual clinical experience.  At the time, clinical education was not common practice in legal curricula.  The first clinic was housed in Granger in Yakima Valley where they helped to represent migrant workers.  The following year they were given a place to house their program.