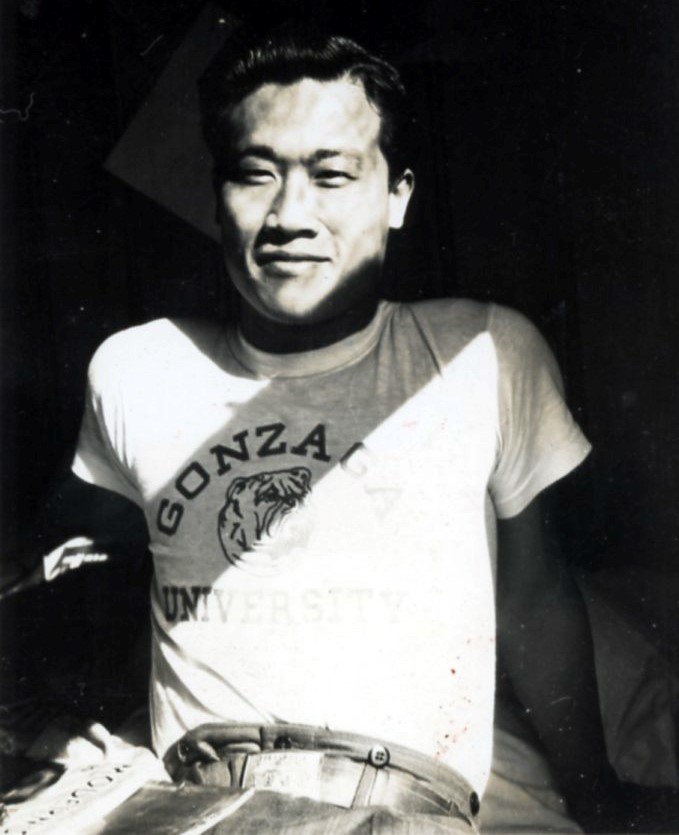 In 1917, Lai Boon Tang was born near the city of Shantou, in Guangdong, China. Tang grew up in Shantou and in 1939 traveled to Spokane, Washington to attend Gonzaga University as a foreign exchange student. At Gonzaga, Tang was active in the Accounts Club, serving as its president his senior year. After graduating from Gonzaga in 1943, Tang received his M.B.A degree from the University of Pennsylvania and was a Ph.D. candidate at New York University. He returned to China in the late 1940’s, living in Shanghai and then Hong Kong working and teaching as an accountant. He returned to the United States in 1960 with his wife and three children. In 1965, Tang became an American citizen and adopted the name John Lai Boon Tang. This collection documents the partial history of John Lai Boon Tang’s time at Gonzaga University from 1939-1943 and his family’s experiences as Chinese immigrants in the United States in the early part of the 20th century.