The font used for this exhibit is inspired by a recommended penmanship style for librarians to use when writing out card catalogue cards.  It is based on Library Primer by John Cotton Dana, published in 1899 and created by Margo Burns on August 16, 2017. 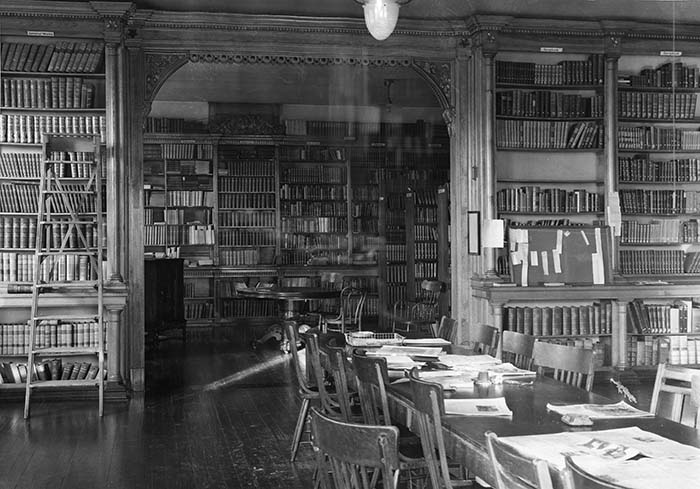 Located at the west end of the Administrating Building, now College Hall, the Jesuits had their own library.

Students in the library located in the Administration Building, now College Hall, 1950s 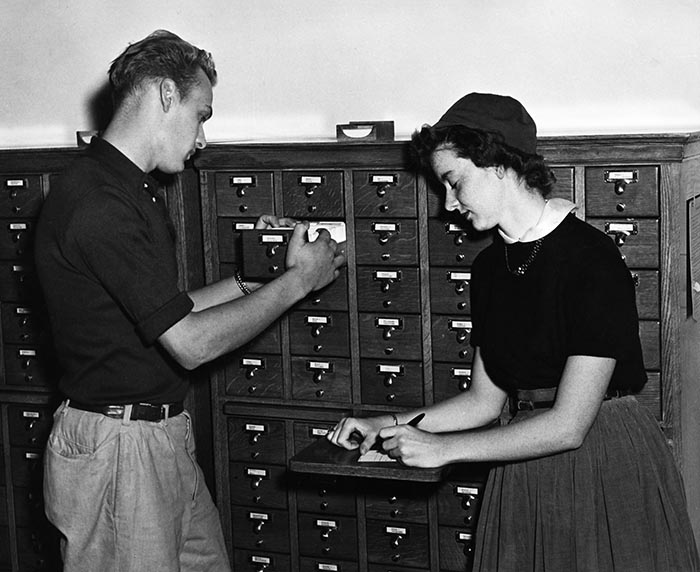 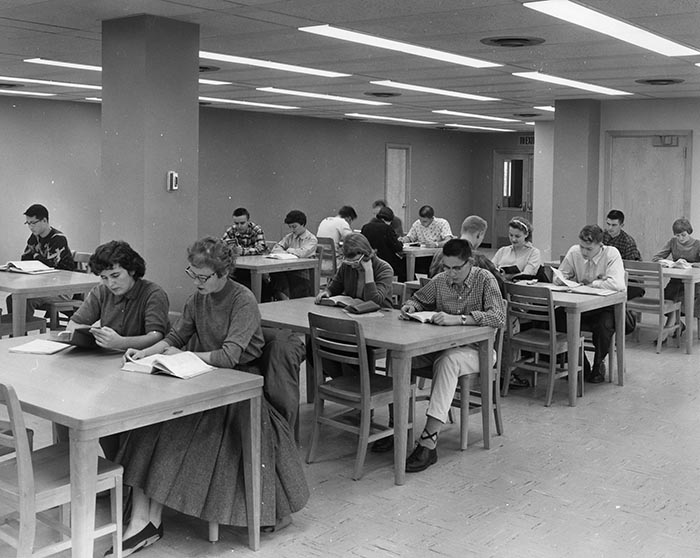 Photo was taken before library actually opened and before the books had been moved into the library. 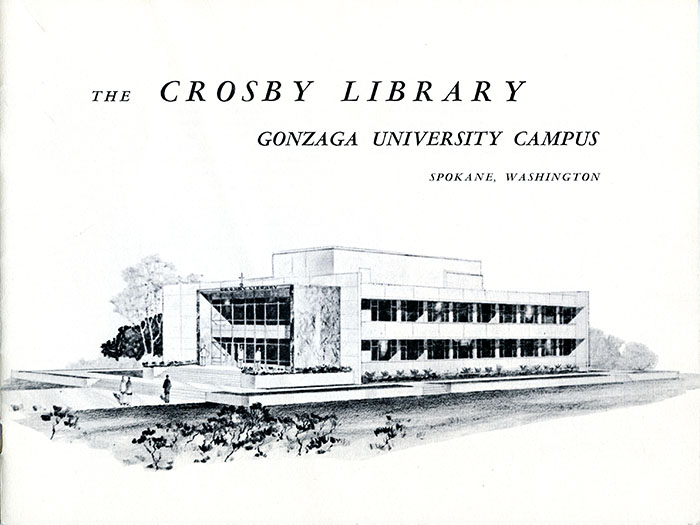 CIT: Center for Information and Technology, brochure, about 1990 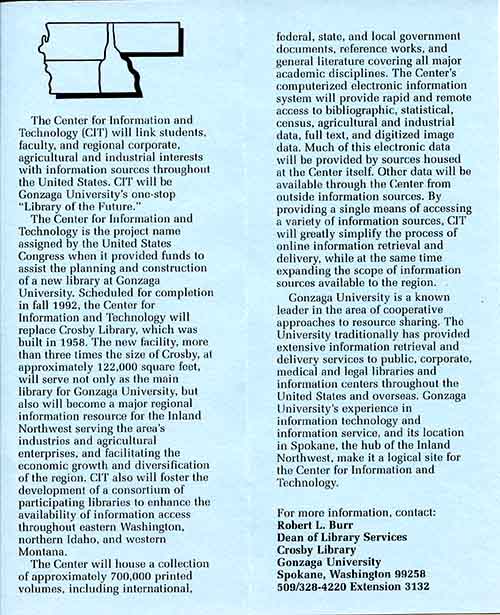 This brochure was used to solicit interest and financial support for Gonzaga’s new library. CIT would link students, faculty, and regional corporate, agricultural and industrial interests with information sources throughout the United States. CIT would be GU’s one-stop “Library of the Future”. In 1991 CIT was renamed the Foley Center. 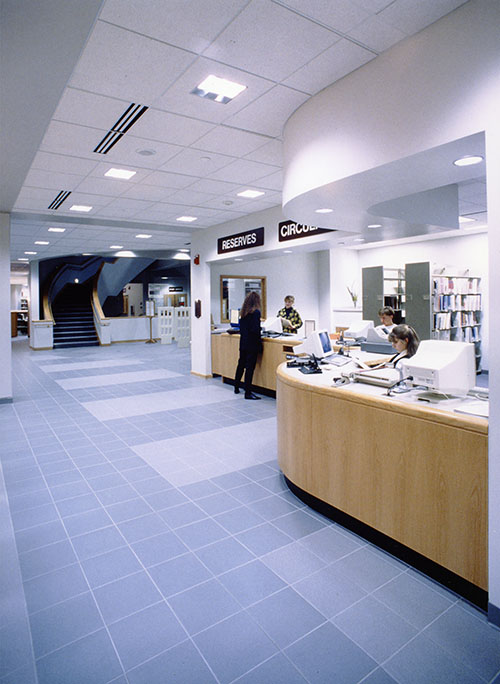 Aerial View of Foley Center, about 1994 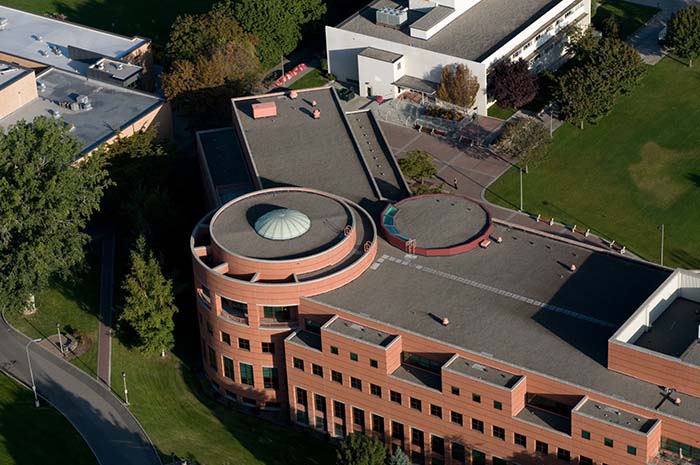 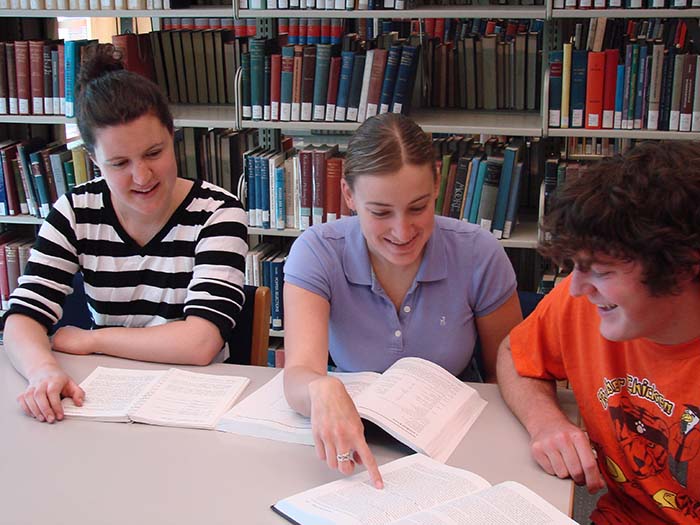