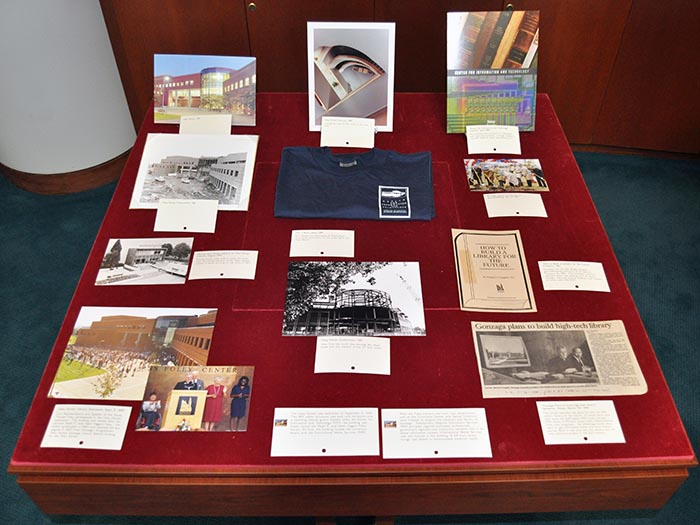 The Foley Center was dedicated on September 2, 1992.  This $20 million structure was built with donations and a matching federal grant. Initially titled the Center for Information and Technology (CIT), the building was finally named the Ralph E. and Helen Higgins Foley Center. At first, the building housed the university library and the Instructional Media Services (IMS).

The new building, using state of the art technology, would expand Gonzaga’s traditional library stacks from 360,000 to 700,000 as well as include a fully automated library system, a computer resource center that electronically accesses databases, and a teleconference center with satellite links to both receive and transmit.

“Center for Information and Technology”, brochure, about 1990 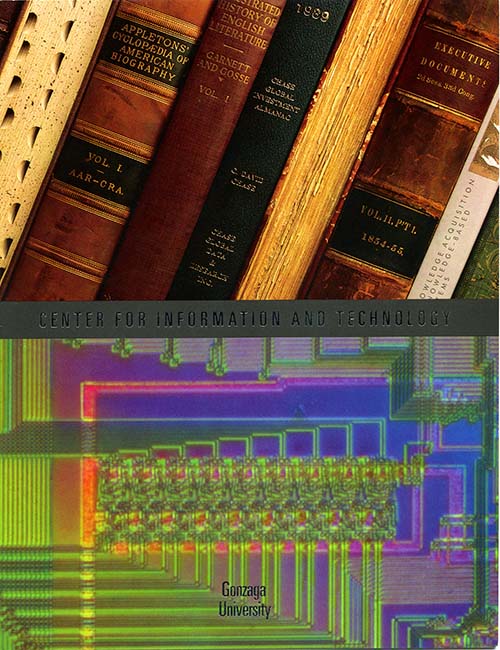 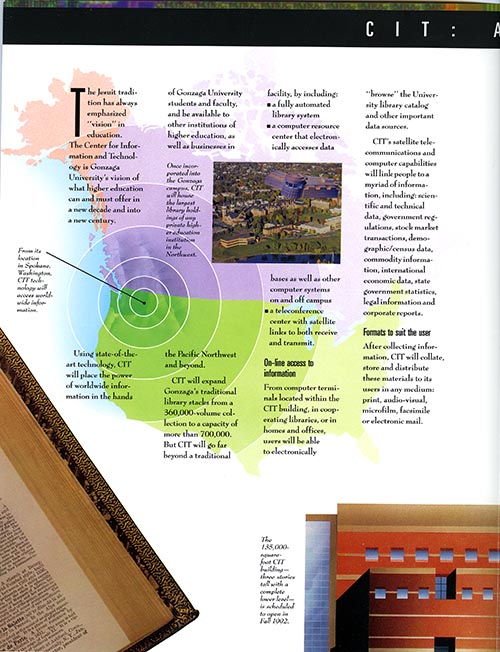 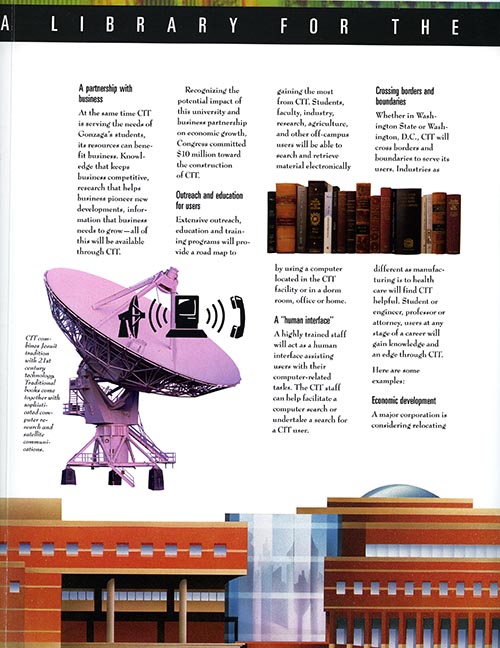 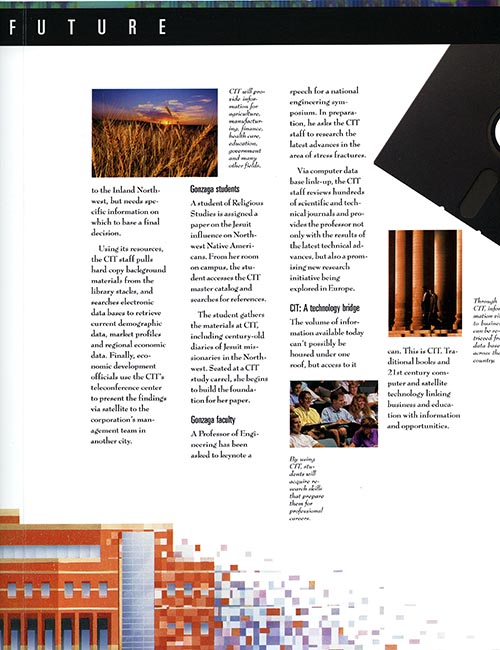 This brochure was produced for information and fundraising purposes.  Gonzaga needed to raise $10 million to match the federal grant. 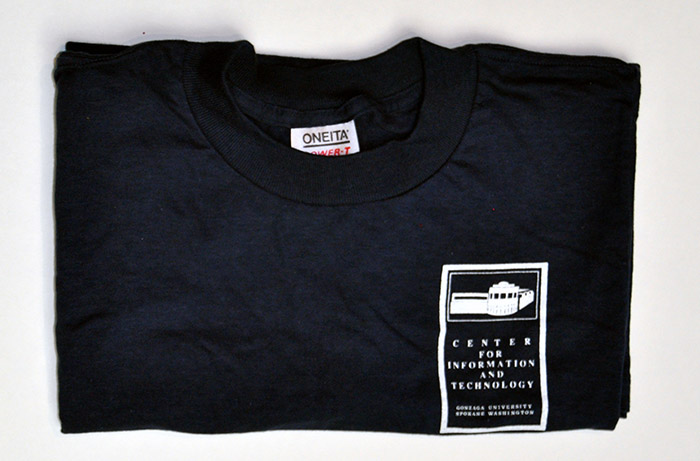 CIT (Center for Information & Technology) wore these shirts prior to the renaming to the Foley Center. 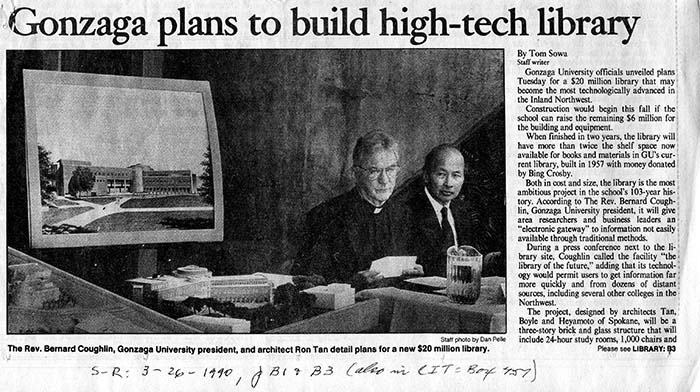 This article describes the plans for the new $20 million “library of the future”. It would have more than twice the shelf space, 400 study carrels, 1,000 chairs, a 24-hour, teleconference room and computers. Its technology would allow users to get information faster and from distant sources. Both in cost and size, the library was the most ambitious project in the GU’s history. 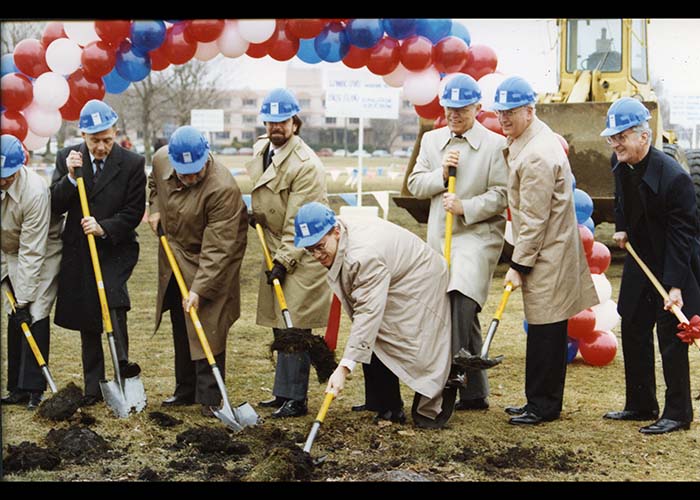 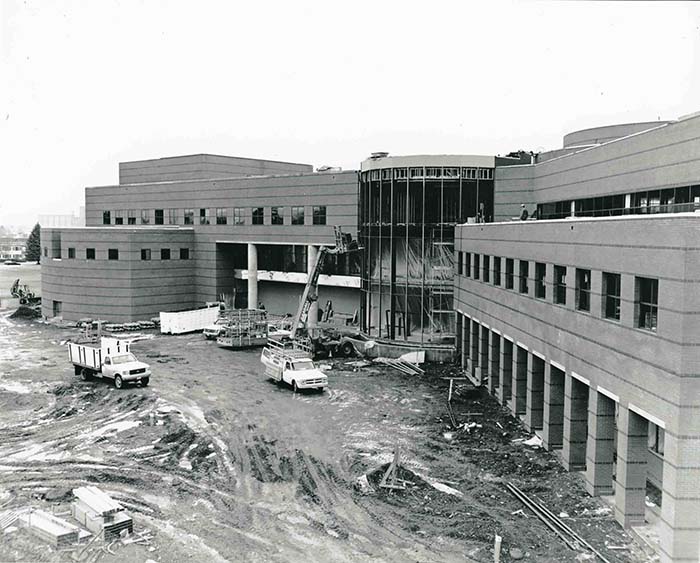 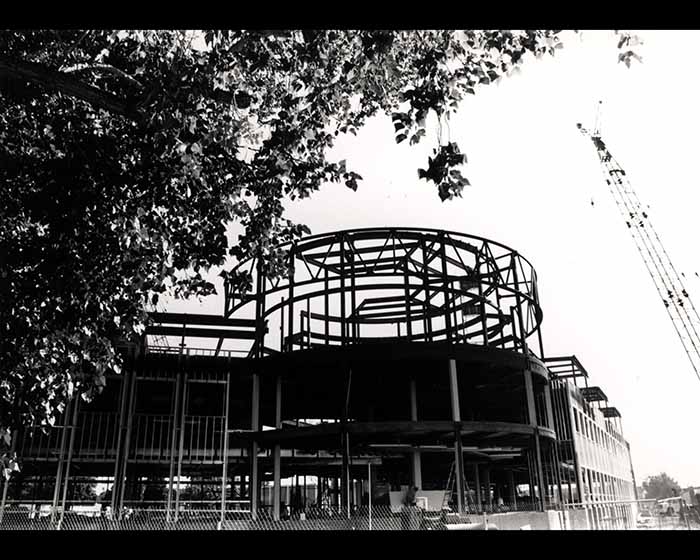 View showing the rounded areas and the creation of the 3rd floor dome.

“How to Build a Library for the Future”, Invitation, 1991 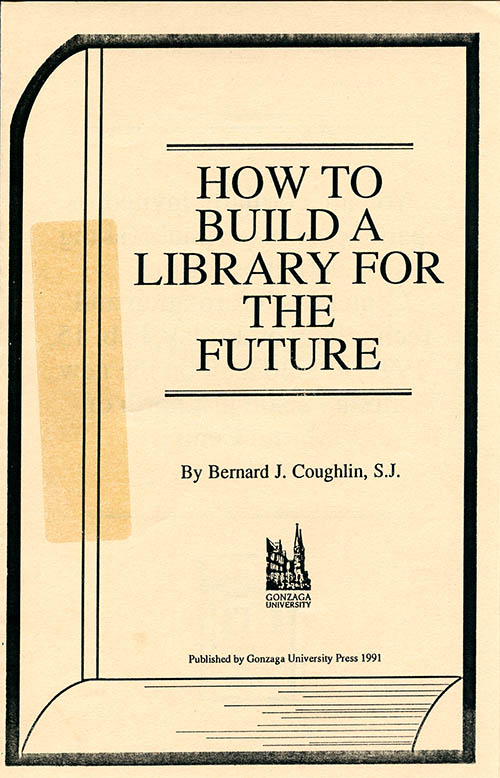 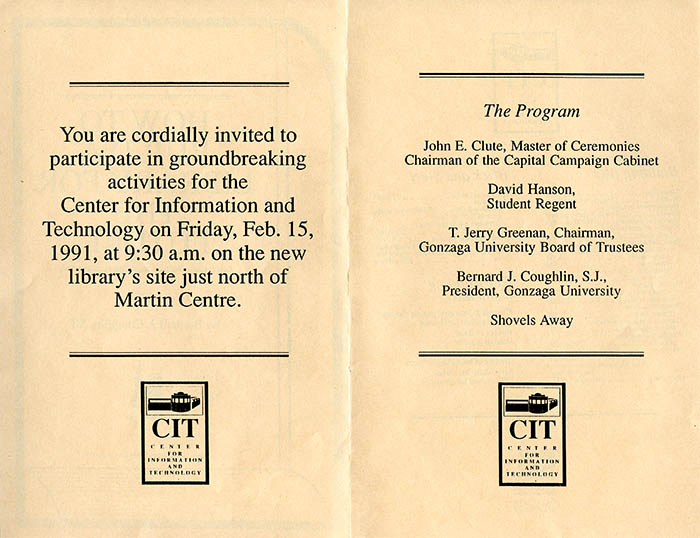 Invitation for the CIT (Foley Center) groundbreaking ceremony to be held on February 15, 1991.  The invitation included statistics about the building such as square footage, book and seating capacity and number of bricks used (315,00). 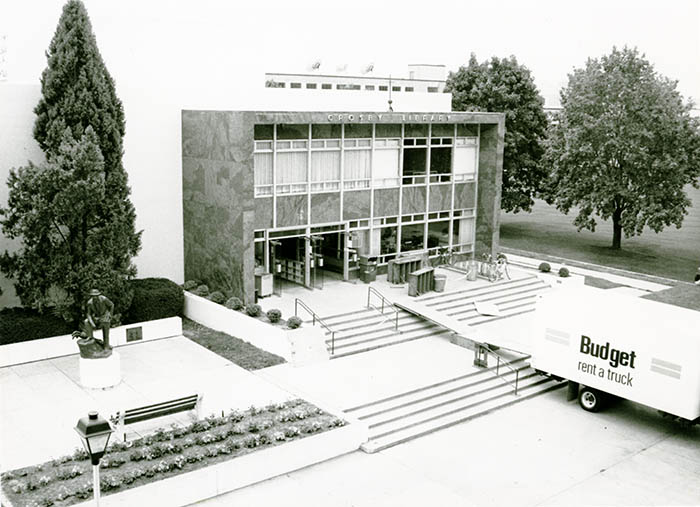 Moving truck was used to move the books from the Crosby Library to the Foley Library instead of hand carrying as was done in 1957. 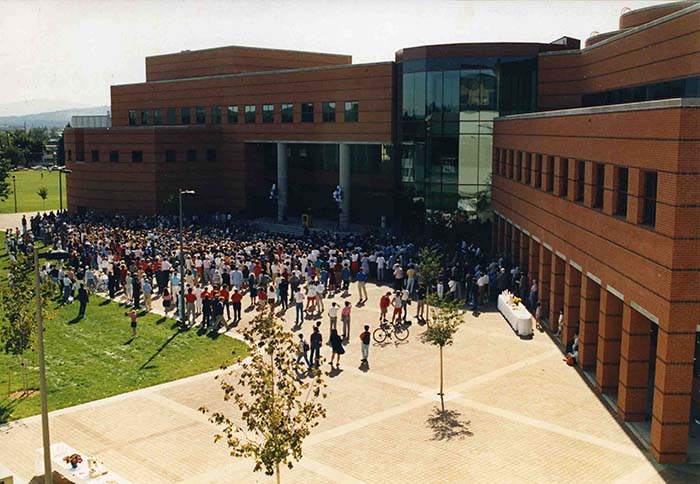 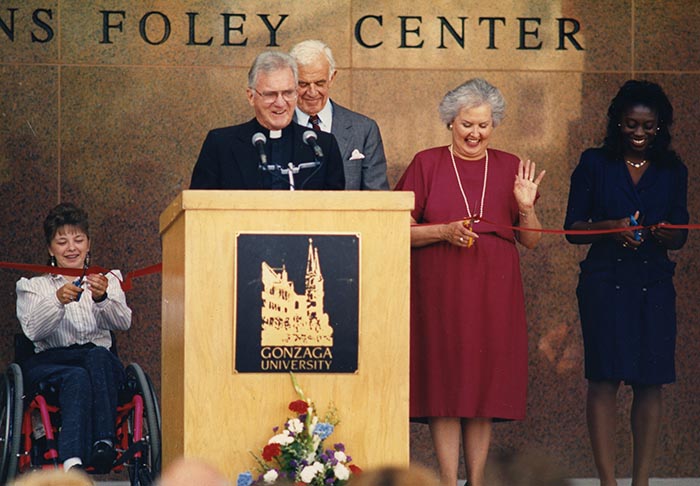 U.S. Representative and Speaker of the House, Thomas Foley participated in the Foley Center dedication.  The building was named after his parents Ralph E. and Helen Higgins Foley.  His father Ralph graduated in 1923 and received his law degree in 1927 from Gonzaga. Congressman Foley helped Gonzaga receive federal funding for the Foley Center. 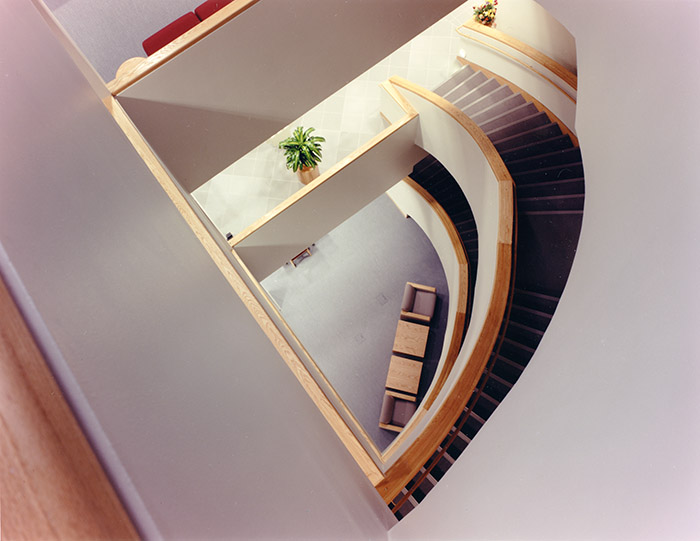 Looking from the 3rd floor down to the lower level 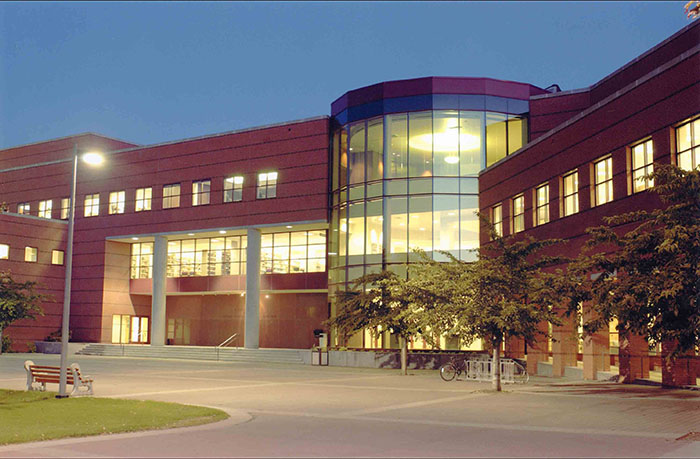