By the late 1940s, Gonzaga was in need of a library building due to increased enrollment and book acquisitions.  The library was bursting at the seams.  In 1947, Gonzaga asked its famous alumnus, Bing Crosby, to help provide funding for this much needed building, proposing it as a Crosby family memorial.  Fundraising and building plan changes caused delays.  Finally, on September 12, 1956, there was a ground-breaking ceremony.  In addition to donating money, Bing also aired a television show on October 13, 1957 called “The Edsel Show”, giving Gonzaga the production rights.  The $705,000 library was dedicated on November 3, 1957 with Bing and his new wife Kathryn and other Crosby family members. 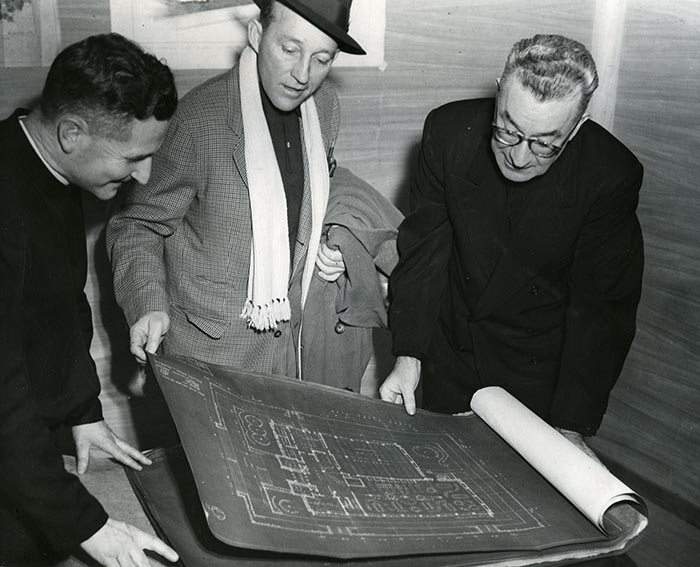 In 1947 GU President Frank Corkery, S.J. said in a letter to Bing Crosby: “The Library is the very heart of a University. It is the intellectual and cultural center of the campus—so much so a University is frequently judged and rated by its library and staff.” In 1945 Fr. Clifford Carroll, S.J. became the 24th librarian. Unlike his predecessors who had limited training and stayed only a couple of years, Fr. Carroll was head librarian for 28 years. 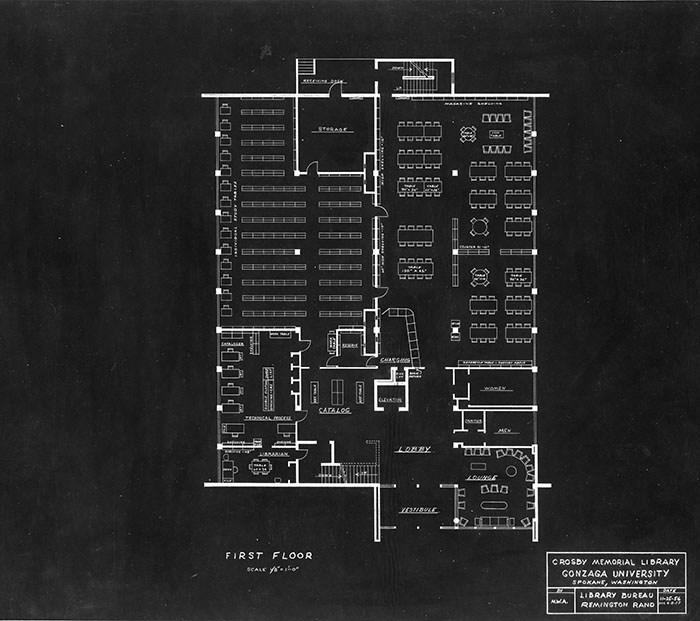 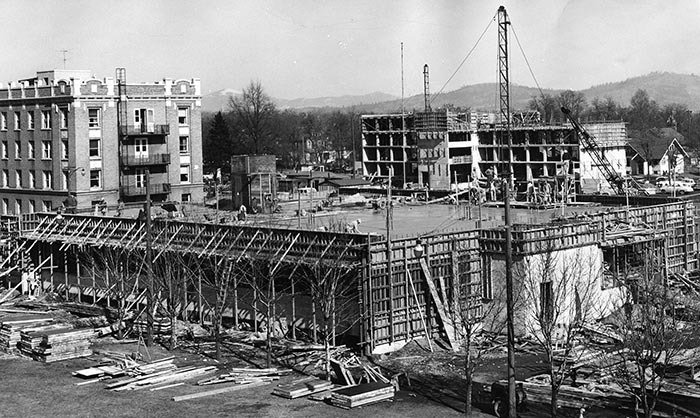 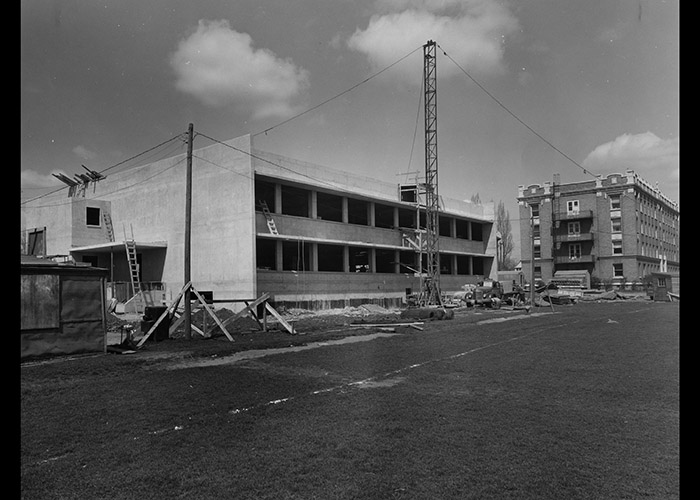 “Dedication Ceremonies for Gonzaga U. Library”, 1957 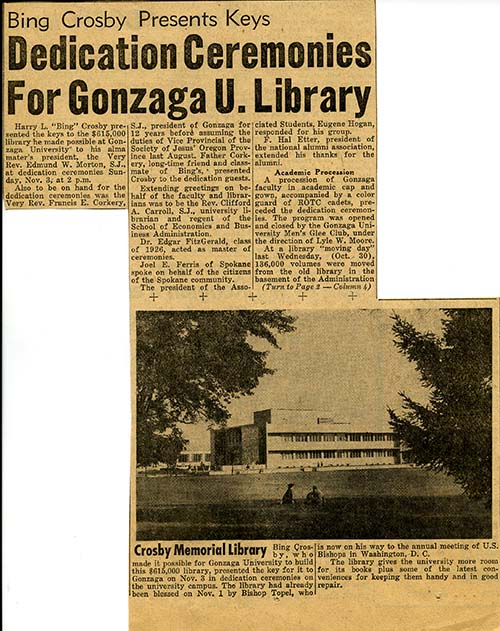 At the Dedication Ceremony of the Crosby Memorial Library, Bing Crosby, who made it possible for the library to be built at Gonzaga, presented the keys to President Edmund Morto, S.J. on November 3, 1957. 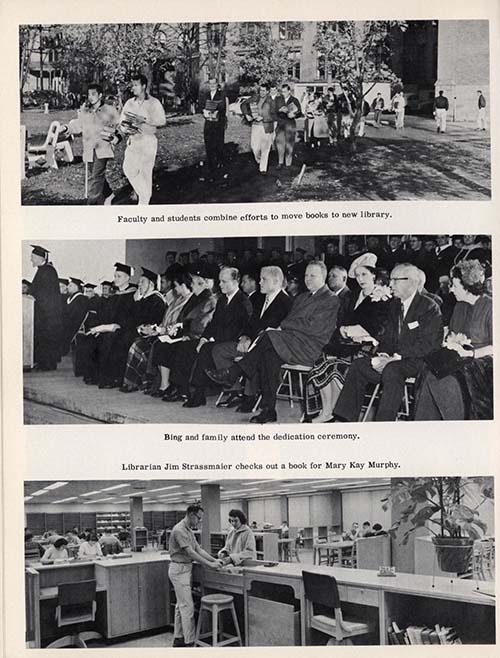 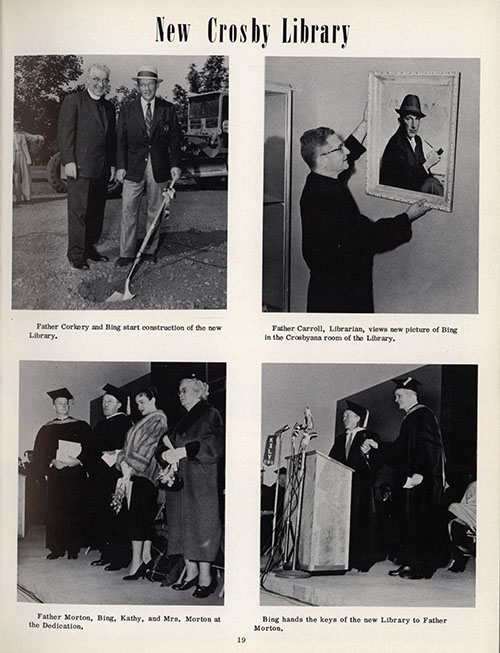 After the construction of the Crosby Library, the 1958 yearbook dedicated two full pages to showcase this New and Important building. the pages show students hand carrying the books from the administration Building, now College hall, to the Crosby Library 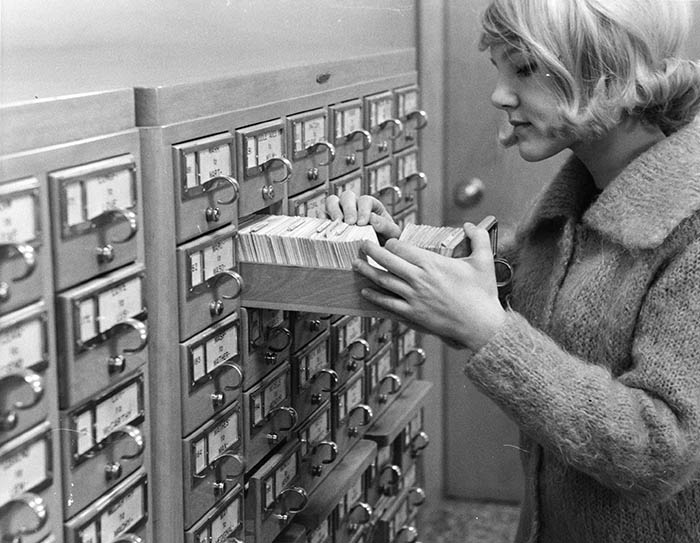 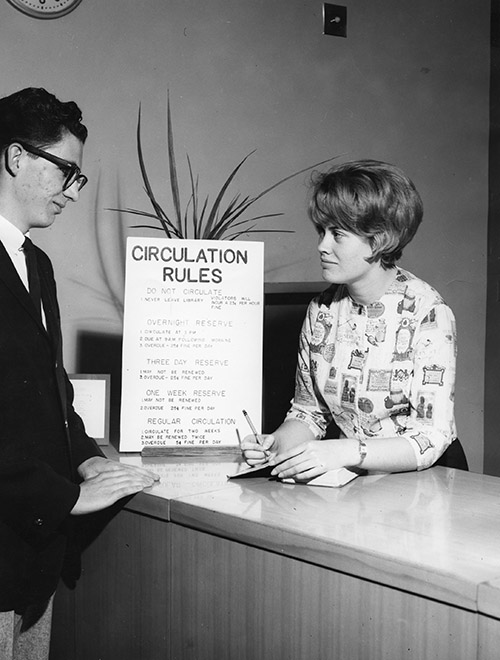 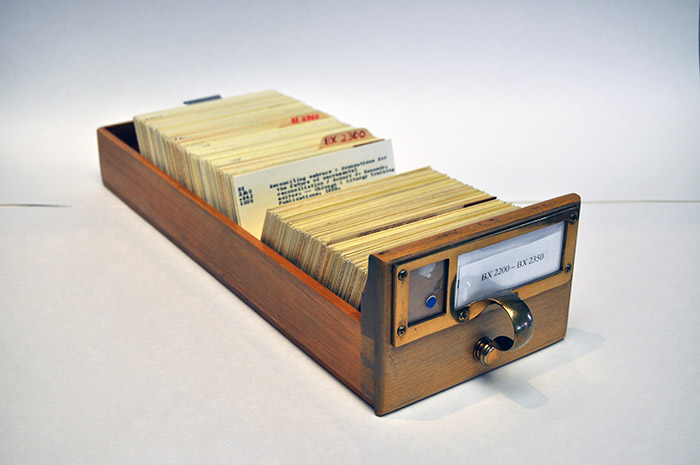 The drawer was used by the Crosby Library.  The entire card catalog system was tossed in 1991 with the implementation of Carl, the new automated system Carl. Catalog cards were no longer needed.