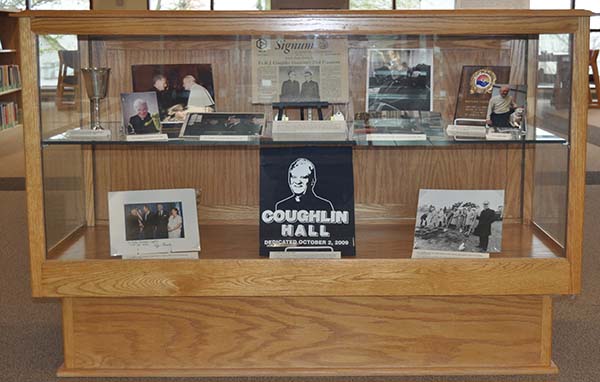 Exhibit guest curated by History intern Olivia Lada, Class of 2019.  The materials were drawn from Gonzaga University Archives and the Northwest Jesuit Archives. 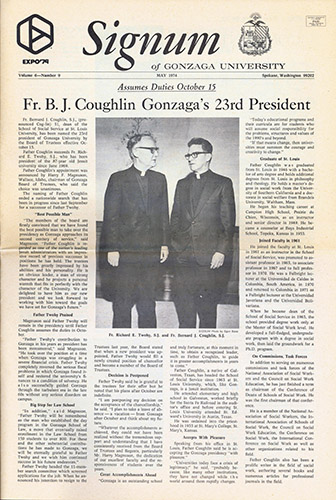 After Fr. Richard Twohy, S.J. stepped down after five years as president, the Board of Trustees began searching for a suitable replacement. Once they discovered Coughlin, however, the choice was unanimous, despite the fact that he was relatively unfamiliar with both Spokane and Gonzaga.  Coughlin started his new position in October 1974. Fr. Twohy declined to accept the newly created position of chancellor after his presidency, a role Coughlin would eventually fill after stepping down in 1996. 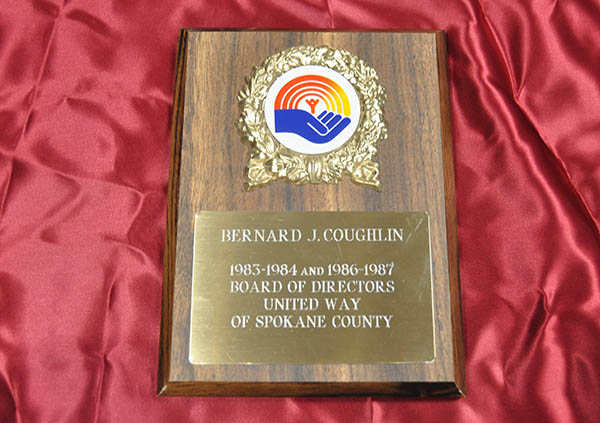 Silver goblet to Fr. Coughlin recognizing him working as a trustee from the Spokane Area Chamber of Commerce, 1987 – 1990 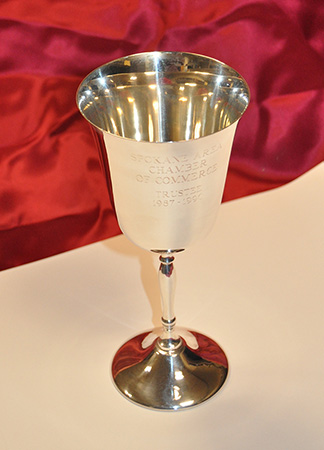 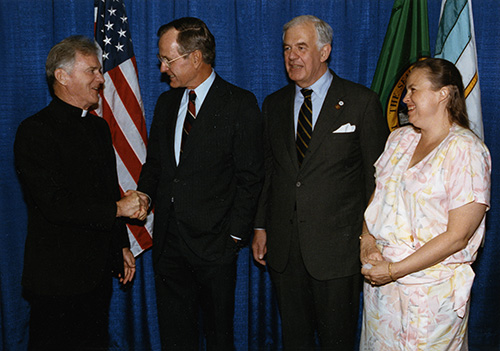 Fr. Coughlin at the groundbreaking for Foley Library, then known as the CIT building, February 15, 1991 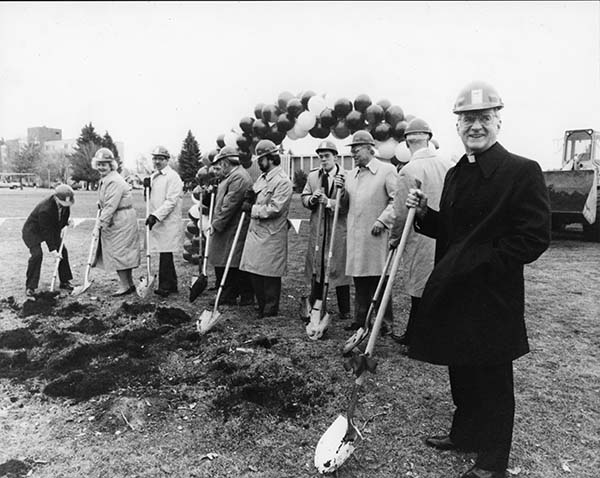 Coughlin headed the construction of many of the campus’ most recognizable buildings, including the Foley Center at a cost of $20,000,000. At its conception, the building was known as the Center for Information and Technology (CIT), but was later named in honor of Ralph and Helen Foley, parents of Speaker of the House Tom Foley, a former Gonzaga student. 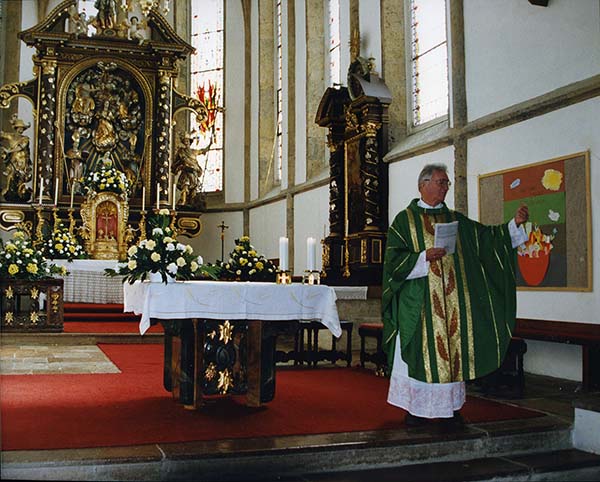 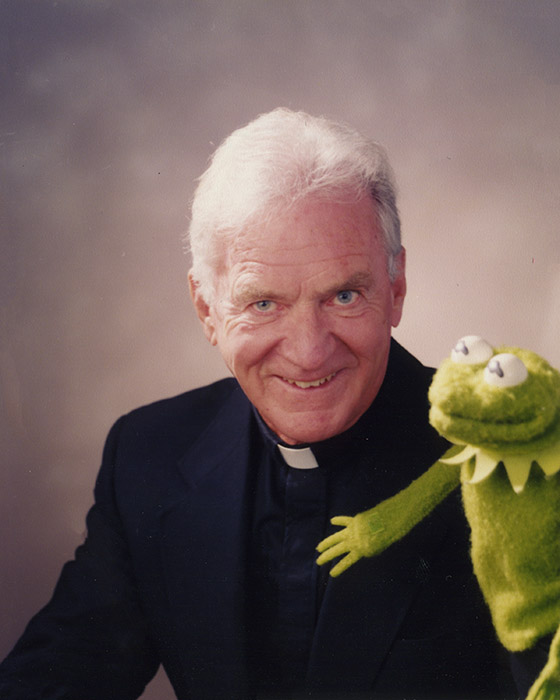 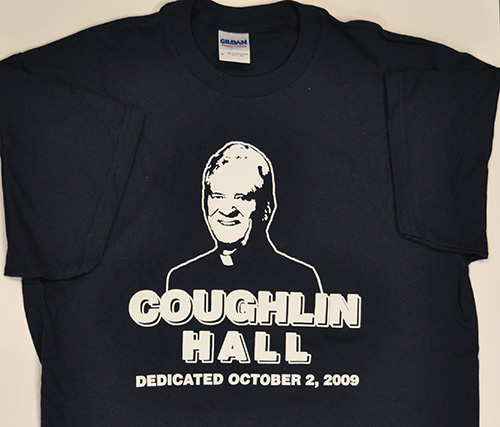 This T-shirt is from the opening of the Coughlin residence hall in 2009. The back reads: “Cough-lin (kawglin) n. 1 a living, learning community named in honor of Fr. Bernard Coughlin, S.J., Gonzaga University’s 23rd President and Chancellor * adj. 2 A higher standard. * v. 3 facilitate the education of the mind, body and spirit of a resident. 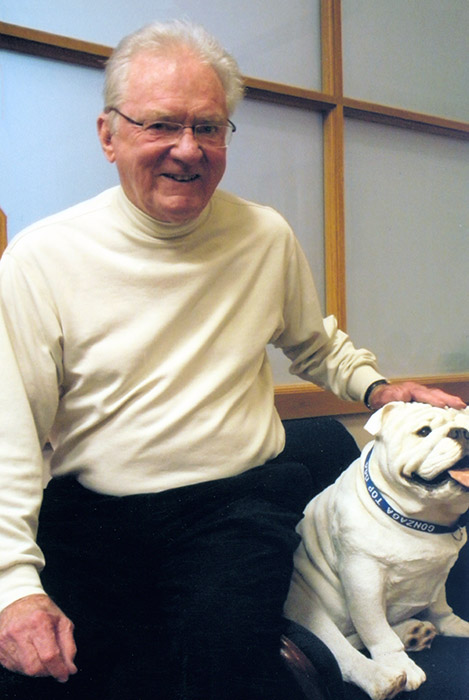 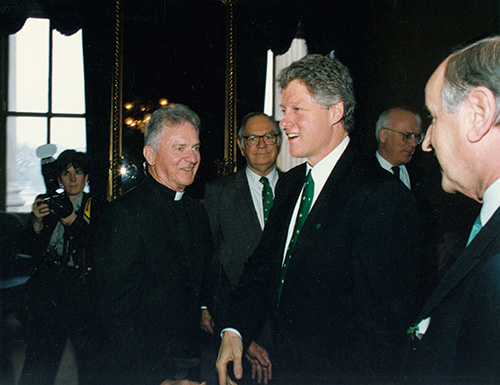