Extra Items not in Display

The items below were not used in the final layout for the physical exhibit. 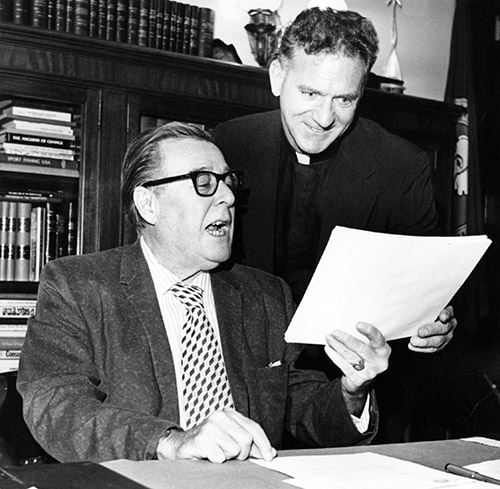 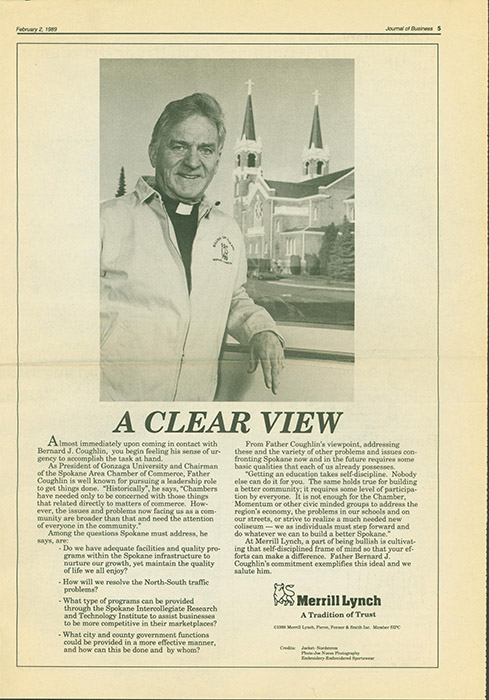 Fr. Coughlin with students outside of the Herak Center for Engineering, 1989 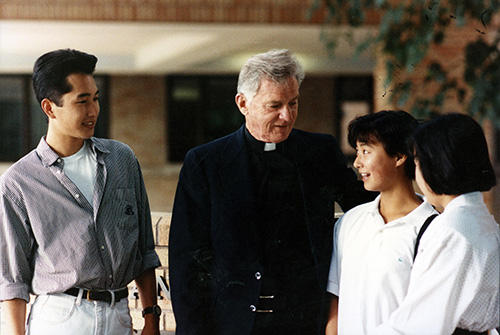 During his presidency, Fr. Coughlin worked to help the schools of Nursing, Business Administration, and Engineering get officially accredited. With this increased credibility came higher enrollment in the respective programs, and a greater need for improved facilities on campus. The Herak Center for Engineering was completed in 1984.

Looking at plans for the Center for Information Technology (now Foley Center), 1991 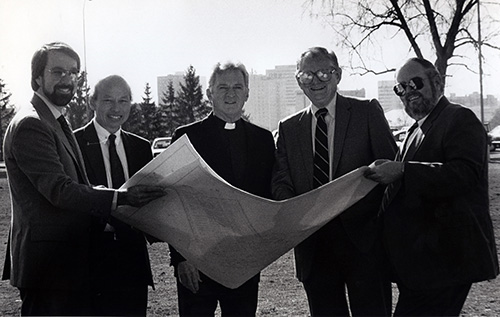 Plaque commemorating Fr. Coughlin’s seat on the Board of Directors of the National Association of Independent Colleges and Universities, 1992 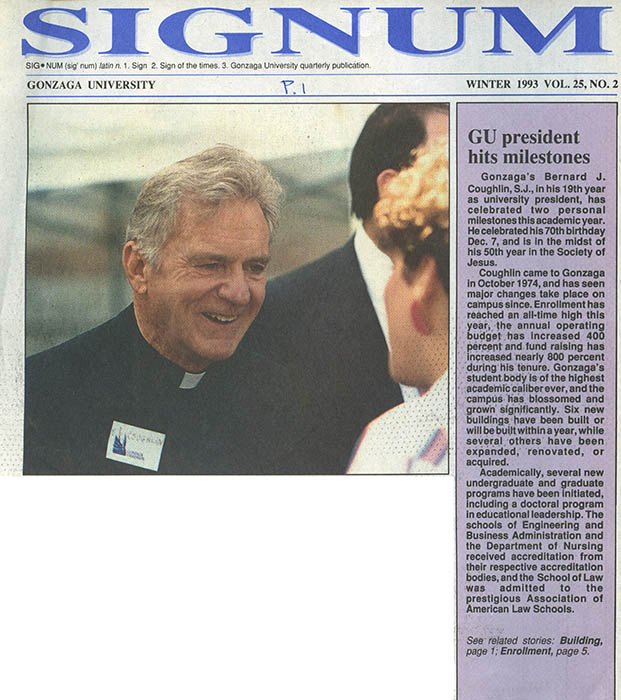 Article mentions that Coughlin celebrated his 70th birthday and was in the midst of this 50th year in the Society of Jesus. The story also lists the improvements to Gonzaga during his 19 year tenure as president. 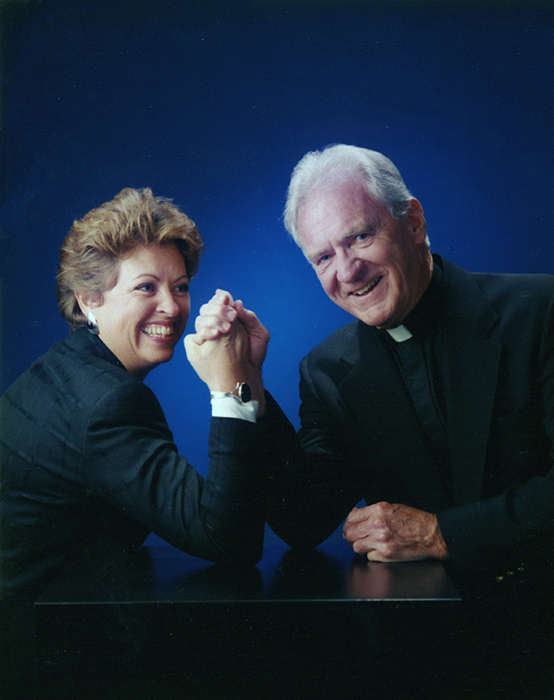 After 22 years in office, the longest presidency in Gonzaga’s history, Fr. Coughlin stepped down from his position. Through his term, the school underwent drastic changes, and even after over two decades of hard work, Coughlin was not ready to fully cut ties with the University. Though he would take a short break from work at Gonzaga, he soon returned to assume the position of Gonzaga’s first chancellor. This position would allow Coughlin more leisure time, while the university retained his wisdom and experience. During the thank-you event in the Martin Centre, Coughlin was given a new touring bike by students and employees. 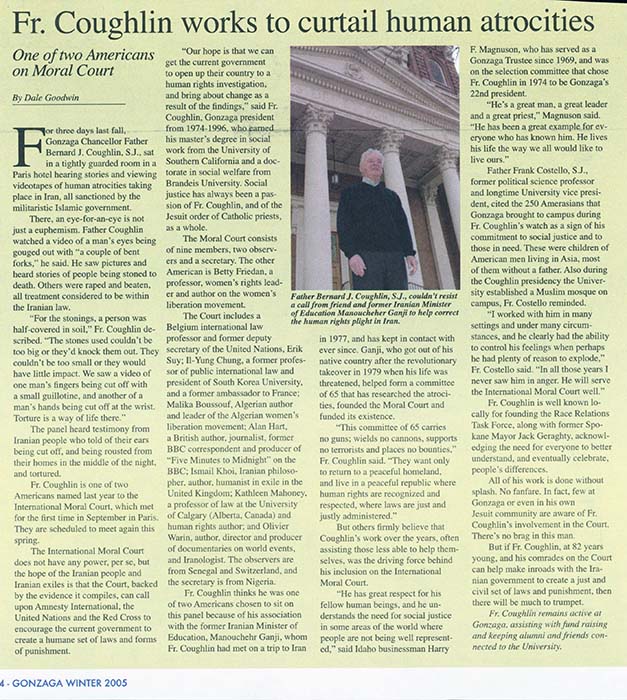 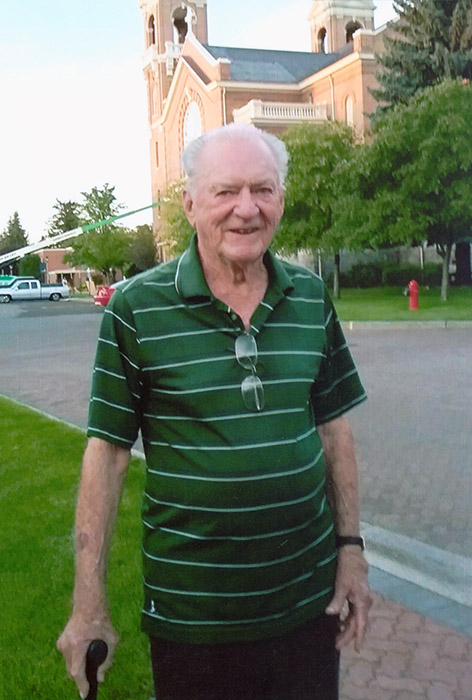 Fr. Coughlin at the Great Wall of China, no date 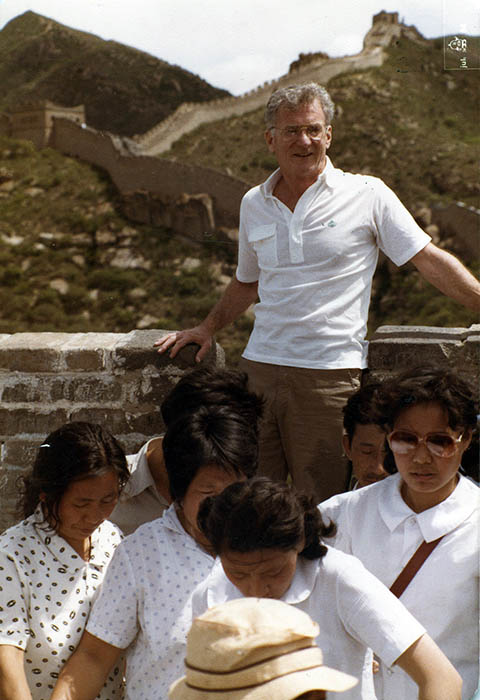 Fr. Coughlin standing next to Washington Governor Booth Gardener and other presidents of public and independent colleges and universities at the Governor’s Mansion in Olympia, no date 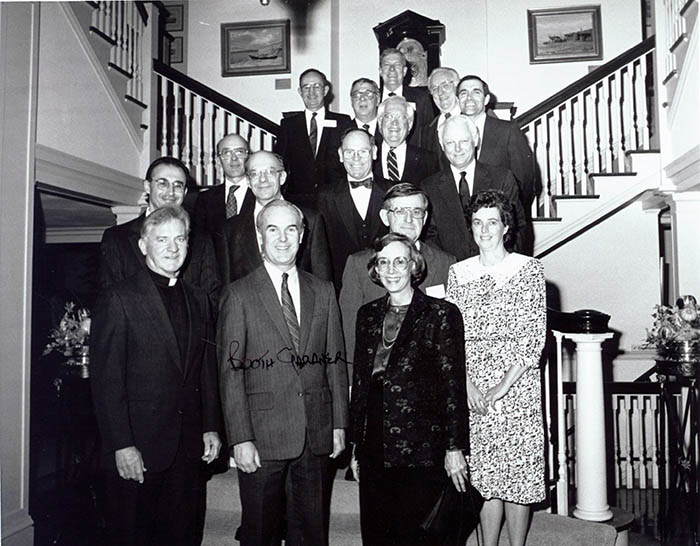 Fr. Coughlin with 49th Speaker of the House of Representatives Tom Foley, no date 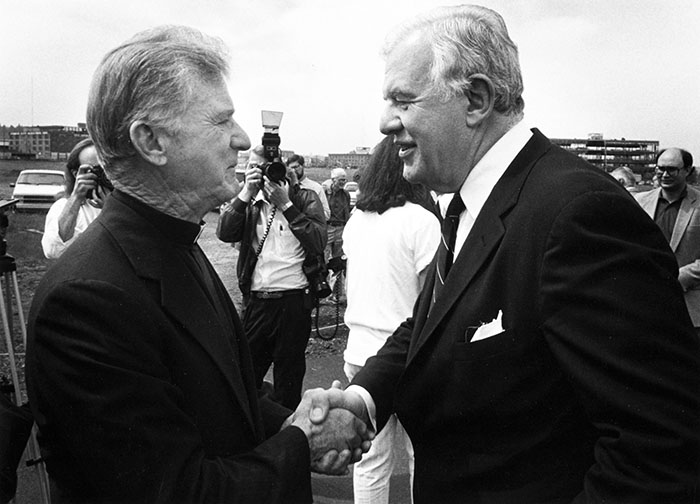 “To Father Barney with highest regards and respect, Thomas S. Foley, Speaker.” Coughlin maintained a familiar relationship with Tom Foley, a former Gonzaga student, and the university hosted several visits from the Speaker of the House during Coughlin’s presidency.

Fr. Coughlin sermon on Transfiguration with handwritten notes, no date 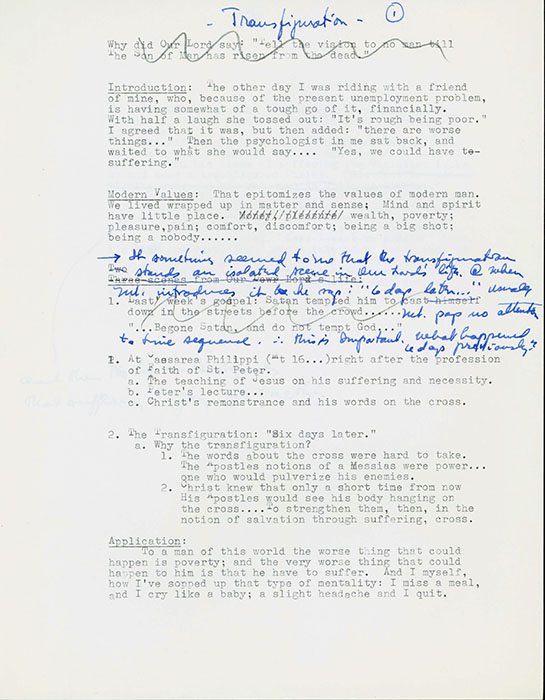